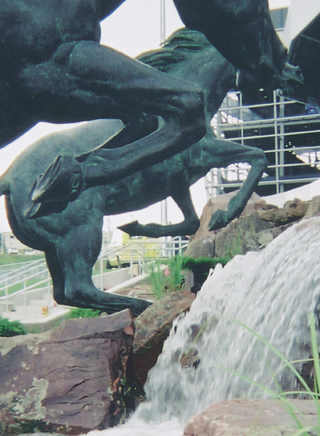 It’s not every day you get the chance to work on a project that’s going to be seen around the world by millions of people for decades to come.

That was exactly the opportunity that came our way in October 1999, when we were asked by the Denver Broncos to construct an elaborate waterfeature at Invesco Field at Mile High, a brand-new stadium that opened at the beginning of the 2001 football season.

The project architect – HNTB Sports of Kansas City, Mo. – had developed the initial sketch and concept for the unique watershape. As is the case with many of the plans received from project architects, however, this one was long on ideas and woefully short on details. All we knew to start with was that they wanted a sloped watershape that would serve as the platform for seven larger-than-life sculptures of bronze broncos that would appear to be bounding up mountainous terrain leading to the stadium’s [more]