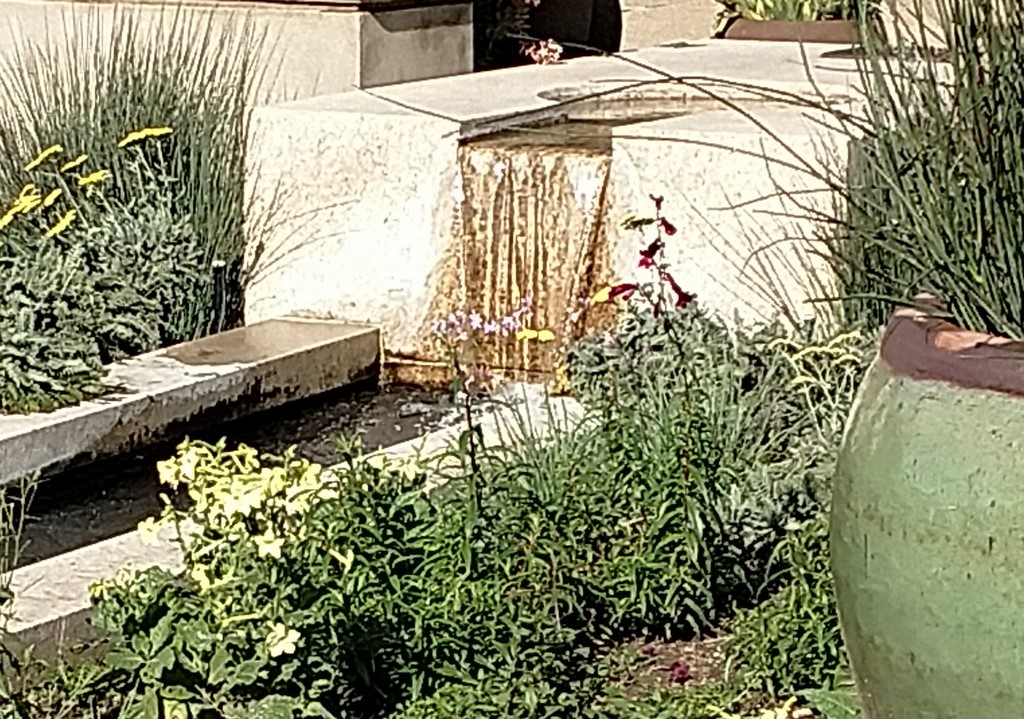 As I’ve intimated many times in these Travelogues, I’m a big fan of small water.

I like rain chains.  I prefer narrow scuppers to wide sheet falls.  I like waterfalls with flows the diameter of my thumb rather than the span of a grand, old tree.  What I like most of all these days are described as rills or runnels – little channels that artfully move relatively small volumes of water across open spaces.

One of the first runnels I recall seeing in person was the one Mark Holden stretched from the spa to the pool in his amazing Cima del Mundo project from back in WaterShapes magazine’s early days.  He based that one on Moorish precedents from Spain; many years later, he took humble rills to a grander imaginative and representational scale, arraying them to mimic historic river courses for Anaheim’s Colony Park. 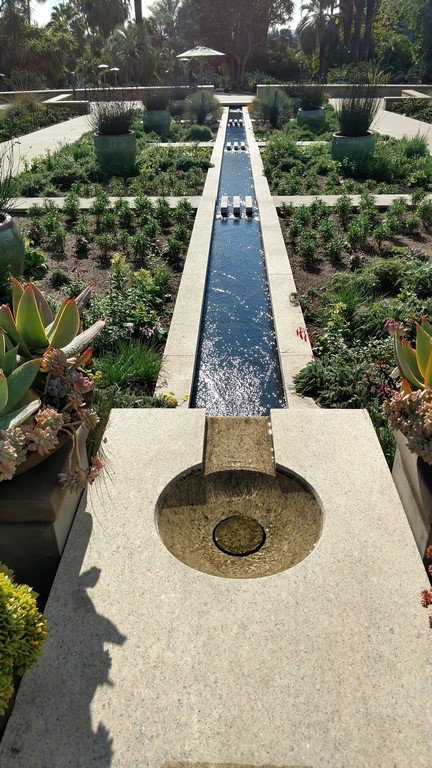 Another grand runnel – and a true favorite of mine – is under threat in downtown Los Angeles, where a continuing sequence of revisions to Pershing Square will probably lead to the removal of Ricardo Legorreta’s towering purple aqueduct.

In brief, there are lots of rills out there to see and appreciate – some that blend so seamlessly into their settings that they might even be overlooked.  One of the subtlest and fairest of them all is just past the entrance of Huntington Library, Art Collection and Gardens in San Marino, Calif.:  I have always found this little watercourse to be the perfect way to start a visit.  But as I say, it’s understated enough that I know I’ve passed by without really noticing it. 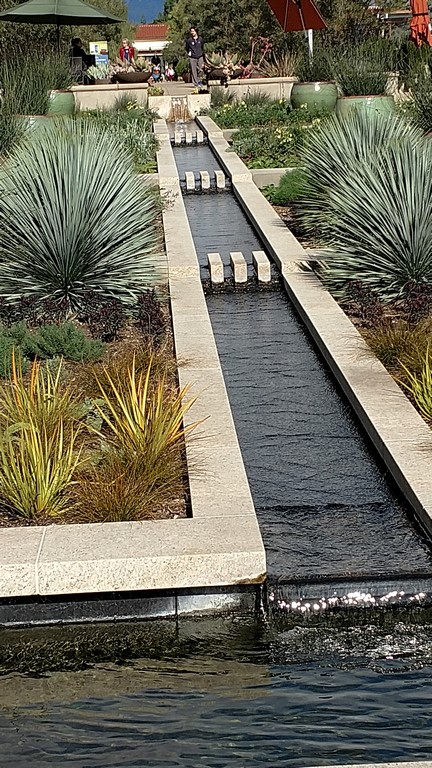 Once you enter and show your ticket, you pass alongside this watershape for 70 or 80 feet while heading toward the systems of roads and pathways that open the garden’s treasures to you.  But the plants and large containers surrounding the rill are what catches the eye:  Only when it’s quiet and I’m being attentive does the sound of flowing water make me look closer.

It’s the perfect transition:  You’ve come off the freeway, navigated well-trafficked side streets and found a slot in a crowded parking lot to get here – and what greets you is a gentle splashing with glimmering reflections on what are almost always sunny days here.  It’s a meditative step toward a special time and space – and a most welcomed one.

The rill starts alongside a small bowl cut into a granite block, eventually flowing down four levels to a large pond.  The water’s path is traversed by narrow footpaths.  Unfortunately, these paved strands aren’t for public use, but I imagine the garden staff makes good use of them.

It’s such a treat that I decided not to be overly curious about it in preparing this text.  I was all set to find out when it was installed, who designed it, how it fit into the overall scheme of things – then decided to let it speak for itself, which I believe it does with calming, reassuring eloquence.