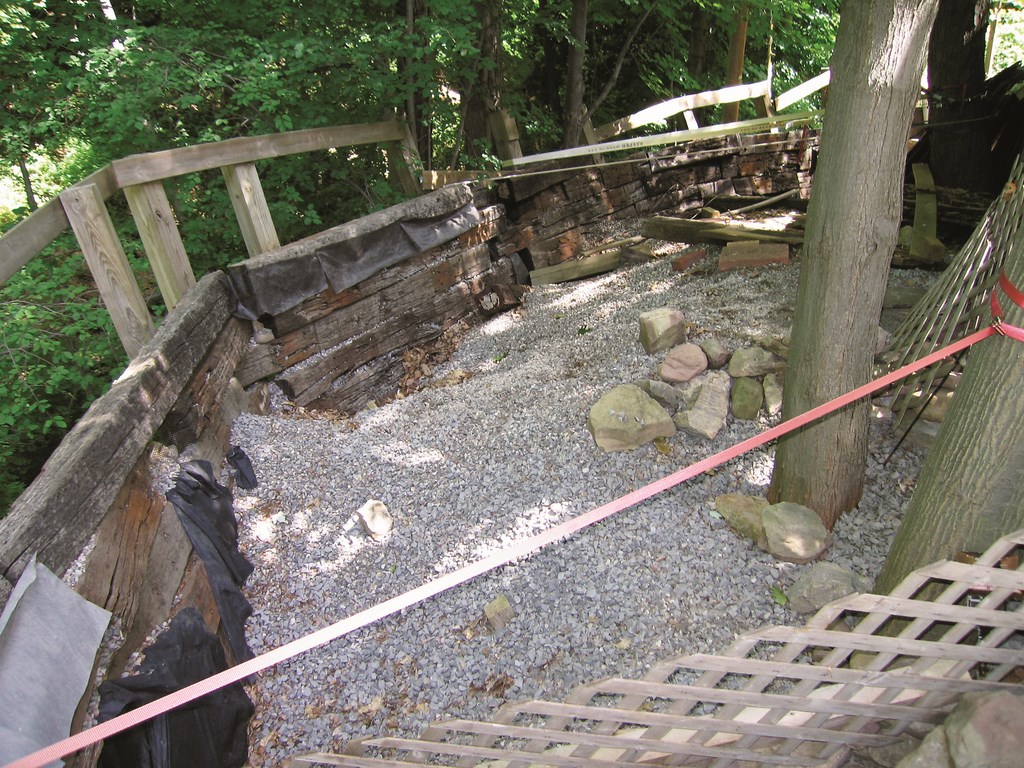 I’m endlessly fascinated by project failures. Just like a driver slowing down to view a traffic mishap, I’m irresistibly drawn to collapsed retaining walls, sunken patios, rows of dead trees, out-of-level decks and various other landscape catastrophes. Whatever has happened, these projects capture my attention.

To be sure, these failures don’t approach the gravity of problems that might arise with large architectural structures, but that doesn’t lessen our responsibility as landshapers to build things right, no matter how small the scale or seeming significance.

Sadly, however, it is my observation that many of my colleagues in the landscape trades employ improper construction techniques. I have been retained on many occasions to investigate what has gone wrong with landscape projects – so often that I’m starting to think of myself as a “forensic landshaper.”

Through the past 25 years, I’ve met the owner of a construction firm who, in his own backyard, built a retaining wall to shore up a pool, shed, fence and large concrete patio with no buried courses, no geogrid and no proper drainage system. Compounding the problems, he terminated all of his backyard drains on the back side of the wall!

I’ve also seen contractors build segmental walls with units placed upside down or backwards – and not pinned, battered and drained. I’ve encountered wooden decks built on twisted, curved posts that look like they were bargain-bin rejects. Every case makes me wonder how these people stay in business – and why.

For my part, I’ve always believed we have more to learn from our failures than from our successes and that this adage is especially true in the landscaping and construction industries.

This is not to condemn those who try new things or push the limits with time-tested materials – far from it, because it is also my belief that these sorts of explorations are critical if we hope to develop new and better ways of doing things. More often than not, the only thing that will unequivocally convince us of the viability of a material, method or construction technique is to use it on one of our projects, observe any problems we encounter along the way and polish our act for next time.

In other words, taking chances is valuable, but doing things wrong is not. I’m not suggesting that anyone should violate recommended specifications, but I have taken some chances in the past just to see what happens, particularly with plants, then dissect the situation to see what I might have done differently. And where I’m willing to take these risks, I will never do it at a client’s expense.

All too frequently, however, contractors engage in risks that imperil their clients, whether emotionally, financially, or even perhaps physically. And too often, these contractors abandon the projects either in anticipation of or immediately after a failure. Some are honest, will seek the help of an expert and do what it takes to rectify the situation. All I know is that I’m generally called in by clients who have been left in the lurch and have little understanding of exactly what has gone wrong.

Educating these clients takes a solid grasp of engineering and basic structural issues as well as a number of years of on-the-job experience in the field (and maybe a few failures of your own). I learned my investigative skills from the late Mario Salvadori, a professor of civil engineering and applied science at Columbia University. He had PhDs in engineering and mathematics and wrote 15 books, including Structural Design in Architecture, Why Buildings Stand Up and Why Buildings Fall Down.

Salvadori was internationally recognized and esteemed for his ability to bring engineering education to the masses. To me, his most interesting, informative (and relevant) book is Why Buildings Fall Down, a collection of stories about various building and structural collapses worldwide. In my quest for insight, he has always been a well-seasoned guide, teaching me about steel, concrete and the fact that any change on a project in any way related to engineering should never be taken lightly.

He also taught me that shoddy workmanship is unacceptable at any level of construction, and especially at the level where lives are at stake.

The education Salvadori’s given me leads to raw anger on my part when I see self-proclaimed “expert” installers use the wrong materials or installation techniques, either because the claim of expertise is false or because the contactor is simply lazy. I firmly believe that most designers and installers are honest and know what they’re doing and that most don’t screw up on purpose (although I could tell you some stories). No, it’s either ignorance or laziness on the part of the contractor or the crew he or she trusts to get the job done.

When a project fails, very few homeowners will leave the site in a state of disrepair. The value of the experience to them is somewhat ironic: After experiencing the heartbreak of the initial failure, most people would prefer to do things the right way the second time around. 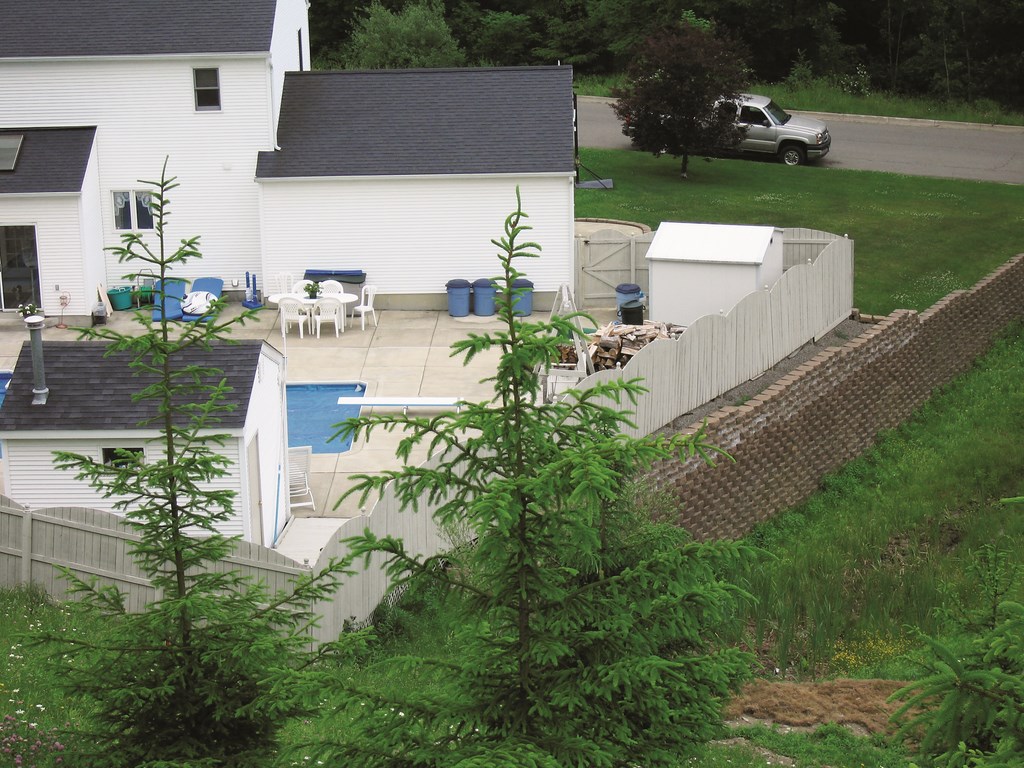 That’s where I come in.

Arriving on site, I typically walk up to the client shaking my head in wonder at the outrageousness of it all. I then survey the site, taking a quick, cursory tour before diving in. Out comes my scalpel (actually a shovel or a level): I begin by dissecting the site.

Discovering the roots of failure can involve something as simple as a visual examination, but just as often it requires keen investigative skills and methods. It takes a bit of doing, for example, to determine if failure occurred because the subsoil was never compacted or the contractor brought the site up to grade with two different types of fill or positioned blend fill up against native soil – with any or all of those errors inviting differential settlement.

Perhaps the contractor didn’t set up a retaining wall’s drainage system properly or pitch the patio at the correct angle – or, worse, pitched the deck toward the house, thereby turning the basement into a swamp. I’ll crawl around the site, pulling down sections of whatever it is that has failed, looking for reasons and for problems waiting to happen. After all, if someone makes a mistake in one part of a project, chances are better than good that I’ll find other issues around the property.

After considering potential causes, I’ll walk the client around while sharing my initial impressions. Later, I’ll generate a written report outlining the observed causes of failure and, in many cases, will offer a quote on rebuilding the damaged features.

It’s not unusual for a report on something as focused as a simple retaining wall to span five or six pages. I itemize every little detail, both in the failure report and the repair quote: The client has already paid once for a catastrophe, and chances are the original bid itemized hardly anything. (As a matter of fact, I like to see the original quotation to see what was specified. This let’s me compare it with what was actually done on site.) 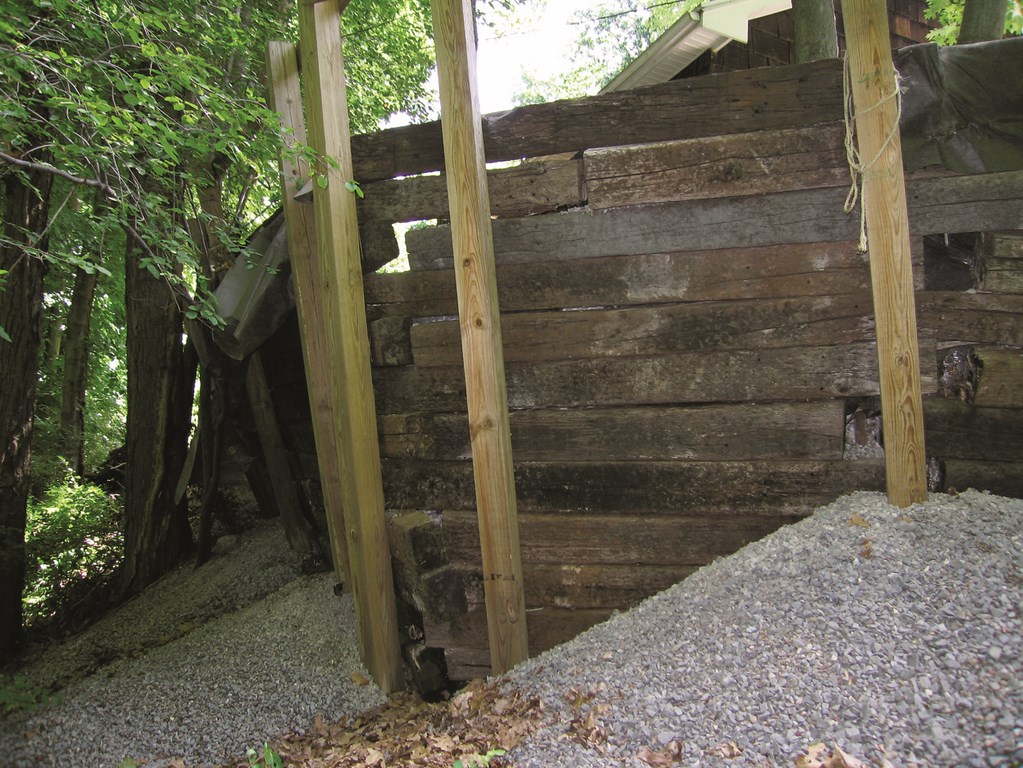 In other words, the client should be completely confident they will be getting a proper installation the second time around, especially when they see that it’s going to cost them at least twice what they paid the first time, because removing the failed project and preparing the site all over again takes as long as building it did the first time – and then the new construction must take place. 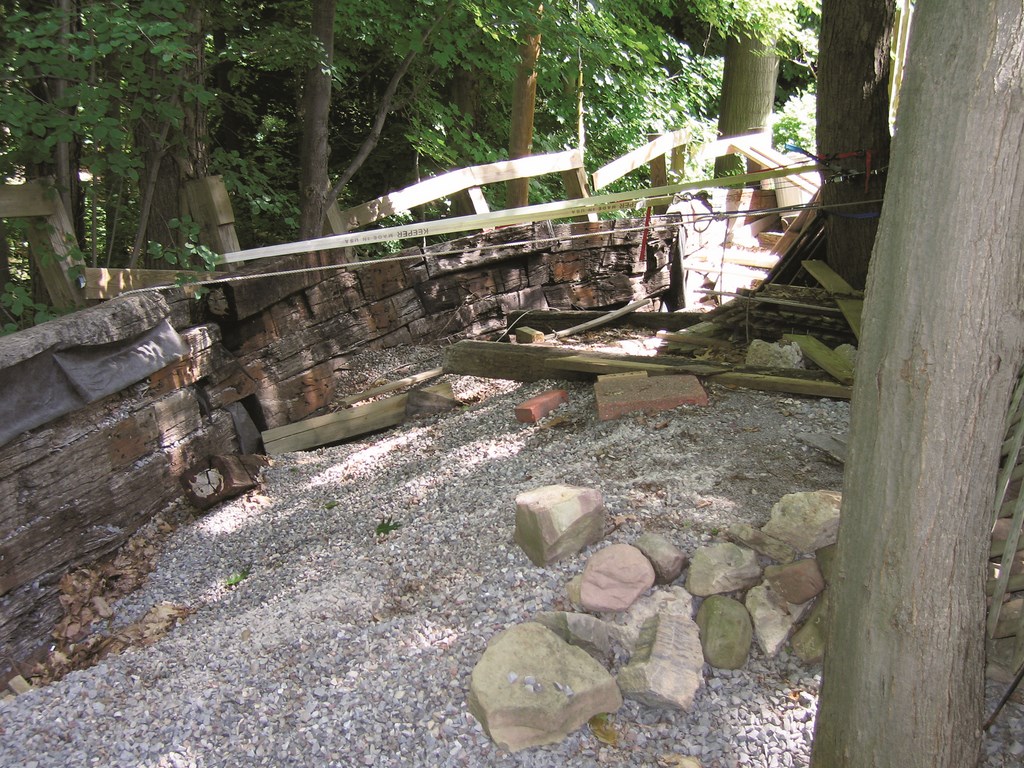 Although there are many ways to achieve the same result, it’s critical to build a project correctly from the start. So why do so many professionals build things improperly? I see two reasons: First, lack of contractor experience and knowledge of what they are designing and selling to the client and, second, designer or contractor fear of telling the client the true cost of the project.

In the first case, a lack of knowledge leads to improper project bidding, followed by a panicky “How can I get this done without losing my shirt?” The installer ends up cutting corners to keep costs down – maybe using a substandard base or not mitering corner treatments or saving time by improvising rather than following installation specifications.

In extreme cases, it’s simply clear that the contractor has sold the client something he or she has no idea how to build. So they either walk away from the project or install it poorly. Or maybe the clients’ budget can’t accommodate the project they have their hearts set on: The designer, not wanting to forfeit the job, agrees to do it for less, thus starting a cascade of events leading to failure.

For my part, I never negotiate prices. I tell clients that I am a poor negotiator and that my price reflects exactly the labor and materials needed to install the project properly, so the price I have presented is the price. There’s no awkward will-you-take-X-dollars moment: I don’t negotiate. When you negotiate, unless you have already built in a cushion to allow the negotiation to happen, you leave real dollars on the table. Without that cushion, every dollar you shave off the job must come out of either materials or labor.

In my years of landscape consulting for my hometown of Penfield, N.Y., I’ve seen hungry contractors bid commercial projects knowing they’ll have to cut corners somewhere.

A general contractor once asked me for a price to plant about 300 trees. After I quoted a price, he told me the job was mine if I could knock 10 percent off. I informed him that I would have to use smaller-caliper trees to stay within the budget. He said that would be fine, but if the site inspector caught the smaller tree sizes, I would have to replace them at my cost. I politely declined his offer and note that he is now out of business.

Too many contractors make their living doing just this type of corner-shaving work. In my opinion, they put a blight on every one of us who does the job in an honest and proper way. I’ve never been comfortable running in those circles and in fact will do commercial work only if ours is the only firm being considered.

Let’s face it, there will always be contractors who don’t adhere to the strictest building standards, whether through ignorance or apathy. What we can do as reputable designers and installers is to continue to educate ourselves on techniques and codes, train our people to do things the right way and, above all, maintain our integrity.

If you’re the one actually building the project, make sure you know how it’s supposed to be done and follow up. If you use subcontractors, be on site every day, ask questions, make necessary changes and be available. Inspect every element – particularly the engineered, structural ones – to be absolutely sure they are installed properly.

We may still make mistakes, but acknowledging and rectifying them will reassure our clients of a job that is properly installed and will stand the test of time. If we subscribe to this process, adversity may occasionally test our integrity, but it will be a source of a valuable lesson instead of a study in disaster.

Bruce Zaretsky is president of Zaretsky & Associates, Inc. a landscape design/construction company in Rochester, N.Y. Nationally recognized for creative and inspiring residential landscapes, Bruce also works with healthcare facilities, nursing homes, hospitals and local municipalities in conceiving and installing healing and meditation gardens – and labyrinths, too. You can reach him at [email protected]