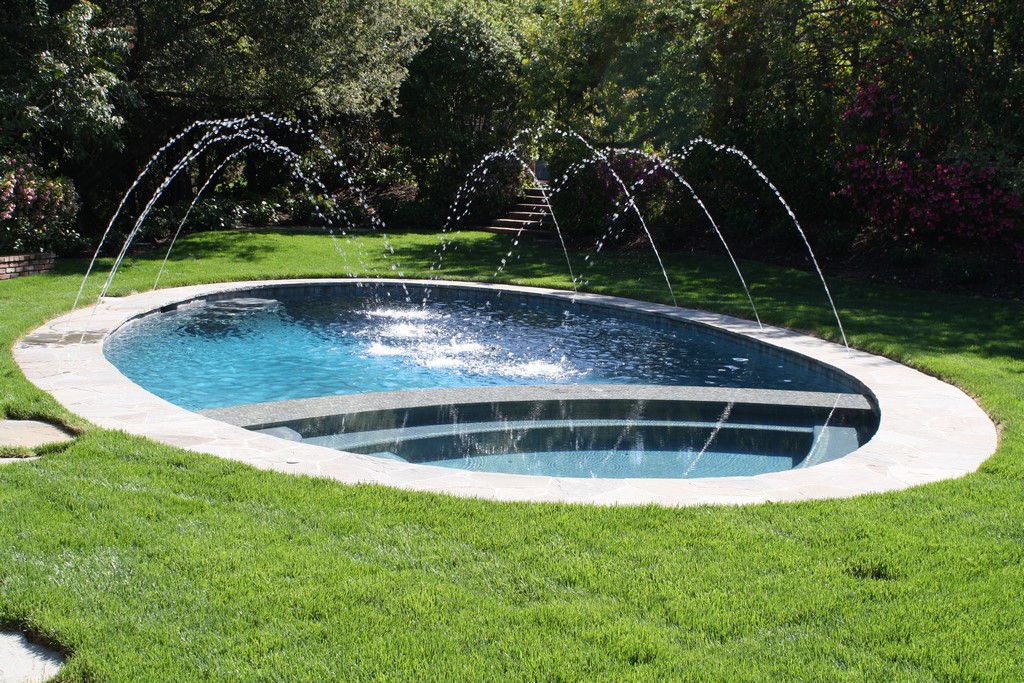 Lots of pools built in the 1960s and ’70s and even through the ’80s were surrounded by ribbons of concrete decking of uniform width, all the way around. Frequently, those decks were too narrow to make them of much use for more than walking around the pool: lounge chairs are too long to be set up facing the water, and a poolside table and chairs cover far too much ground to be included.

The solution that runs through the heads of lots of homeowners is simply to get rid of the deck – that is, break it out up to the coping and plant grass in its place. Any builder who goes along with this idea, however, is asking for trouble, especially if the pool’s bond beam was designed with a typical “deck detail” that depends on the surrounding concrete to lend it structural strength and stability. Sooner or later, the absence of the deck could cause problems that no homeowner would anticipate – but every builder or remodeler should.

The scenario: In the case of these homeowners, the family’s needs had changed, the children were grown and gone and they wanted to upgrade the appearance of their backyard by removing the unused fence (notice the gap where a gate had once been), getting rid of the diving board and paring back the deck surface because it dominated the whole backyard visually and wasn’t being used all that much. 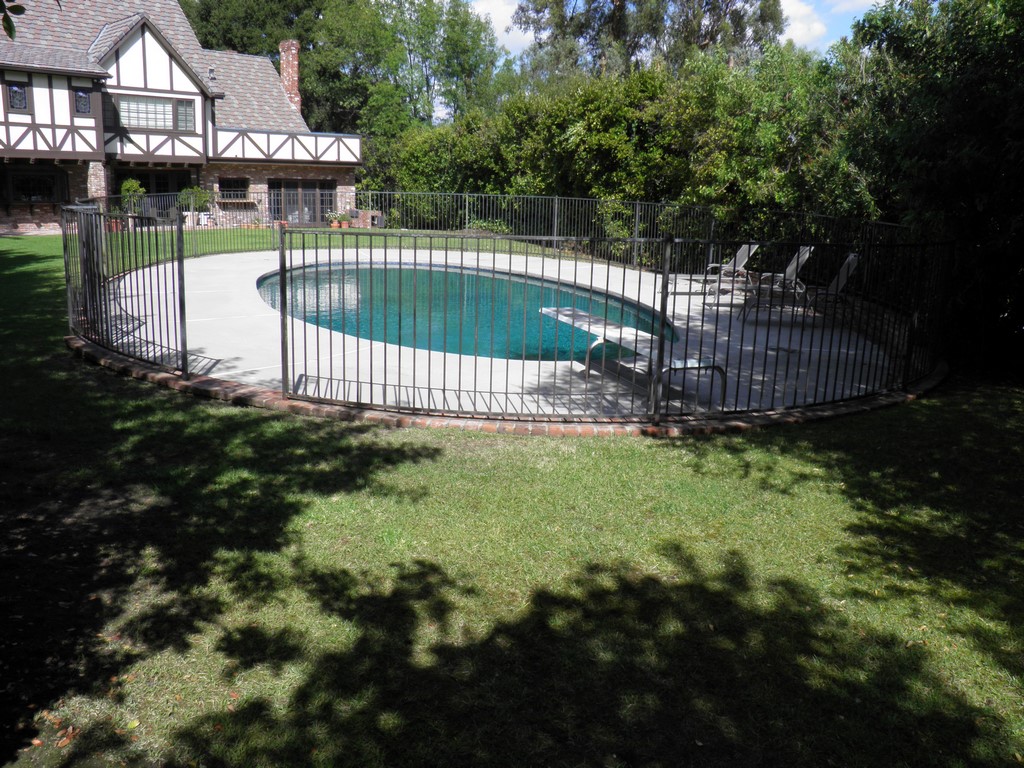 Their desire was to tear out the deck and plant grass up to the edge of the pool to make it look (to the extent a perfectly oval-shaped pool could) look like a rusticated swimmin’ hole. That’s not a bad basic concept, but the result of implementing it as bluntly as they wished would have most likely resulted in huge problems down the line.

Other builders who’d looked at the pool had not considered the fact that the pool’s shell had been built without a “zero-deck structural detail.” We had to come up with a compromise plan that removed the deck without putting the pool itself at risk.

The fix: We broke out the old deck and, instead of leaving the pool shell on its own, did the right thing: After consulting with our engineer, we beefed up the bond beam to create a proper “no-deck or zero-deck structural detail” to compensate for the fact that tons of concrete decking was no longer helping the beam resist the outward pressure applied by thousands of gallons of water. 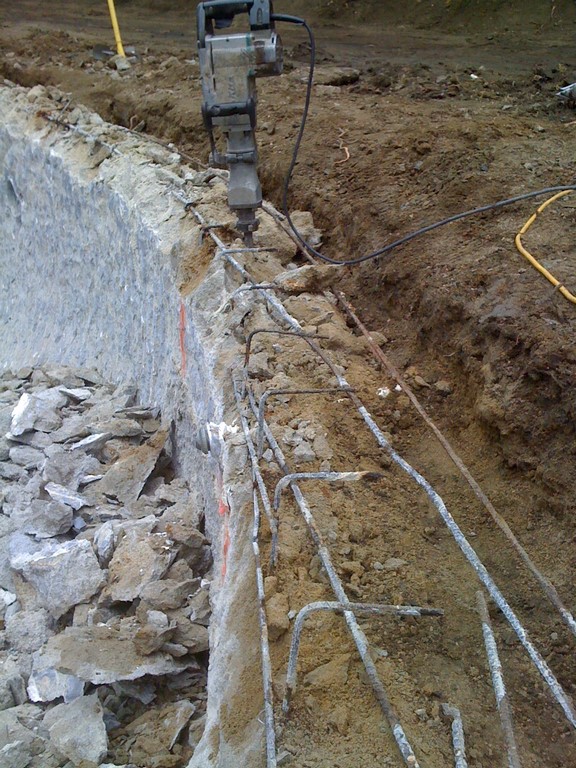 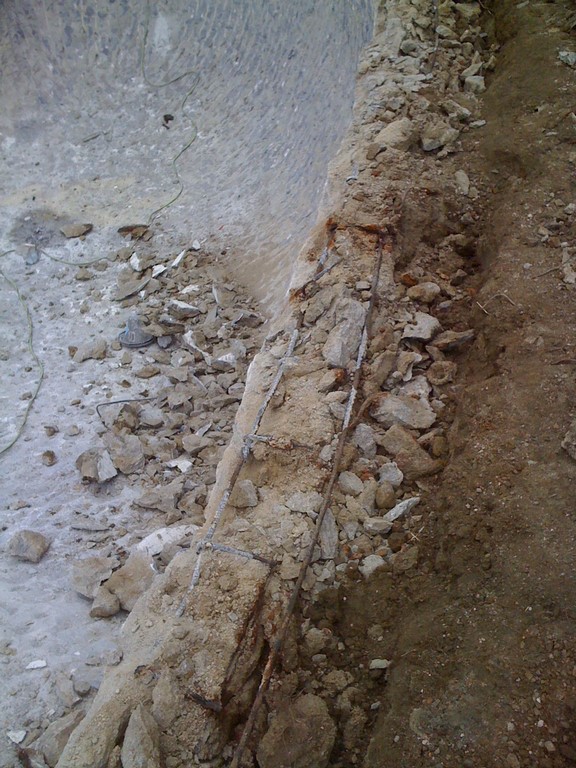 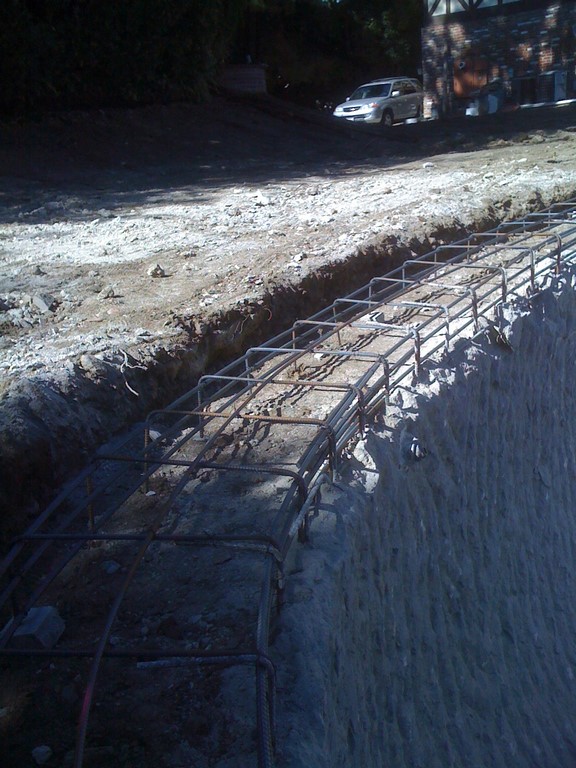 We demolished the deck and carried it away, then jack-hammered the bond beam to expose its construction – adequate for its original use, but lacking the steel and girth required to make the shell freestanding. Following a plan developed by the project’s engineer, we doweled in a new bond beam with an adequate steel schedule and dimensions. (We also made preparations for a new spa as well.)

Once we’d set up a new leaping-jet system and poured the concrete for the new (and wider) bond beam, we finished it with stone coping, and planted grass up to its edge. 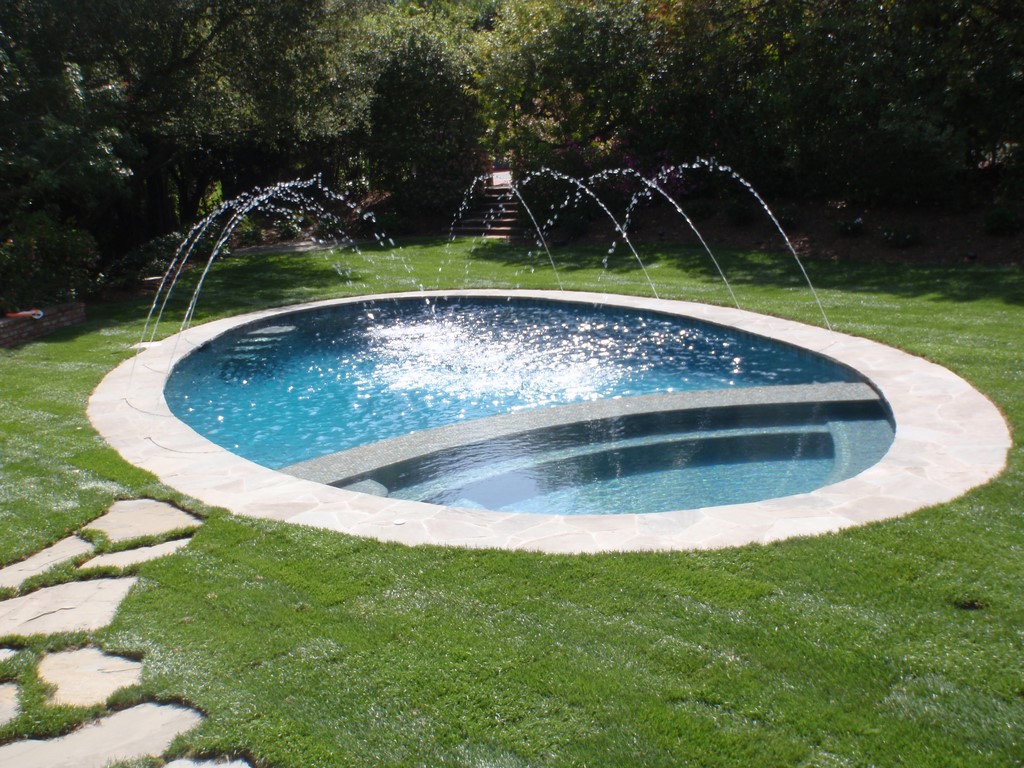 Lesson Learned: Among the key recurring themes in these articles is this one: In any project in which fundamental changes to sealed plans are proposed for a new or existing pool (or any other concrete watershape, for that matter), it’s important to get an engineer involved to make certain any changes in pressure on the shell – vertical, horizontal, whatever – are accommodated in the steel schedule and beam construction.

As is true in so many other cases related to watershaping, winging it is never the best or wisest bet.

Scott Cohen is a construction defect expert witness and president of The Green Scene, an outdoor design/construction firm in Chatsworth, Calif. Past articles in the Lessons Learned series have been compiled in his book, The Candid Contractor. He also provides consultation for clients nationwide and gives seminars on designing landscapes, swimming pools and outdoor kitchens. For more information, go to www.greenscenelandscape.com.