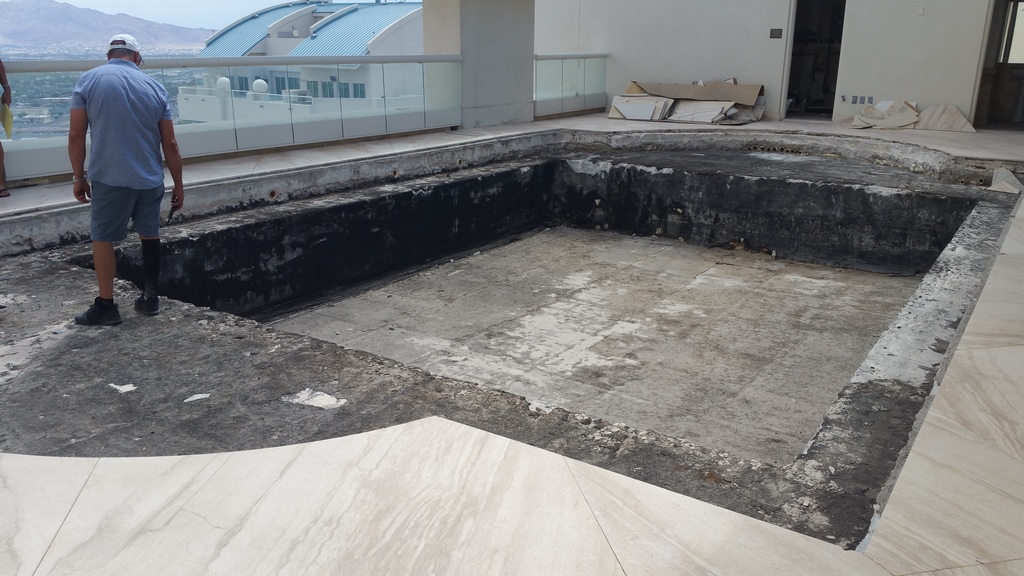 Working on high-rise installations is a specialty that can test even the best in our industry. Rooftop pools are a constant challenge and every project comes with its own list of idiosyncrasies. Odds are what works in one location won’t in another. It’s work that requires solving problems with close investigation and inventive thinking.

We’ve worked on hundreds of rooftop pools and spas; the vast majority have been in New York City where we’re either figuring out what went wrong with an existing watershape or determining how to locate a new vessel in an existing building. In either situation, our goal is to provide a trained set of eyes to spot potential problems before they happen. It’s unusual and important work because in the world of elevated pools, the stakes are sky high.

Here we begin a two-part discussion about the nature of these projects and why they are so tricky.

The majority, but certainly not all, of significant problems inherent in rooftop pools manifest in the form of water leaking into the building. In the ground, that’s usually not a major issue. In pools with auto-fill systems you won’t even know you have a leak. But in a building, even a small leak can be radically costly and troublesome for everyone involved — and preventing water from escaping can be surprisingly complex.

There seems to be this belief among many pool professionals that you treat these projects like every other pool on the ground and just put it on a roof, but that really doesn’t work. Until have some experience in this niche, it’s impossible to even know what you don’t know.The big distinction is that elevated pools must be viewed as a system that is integrated with the entire building with respect to planning, design and installation. For much of what we do, there are no clear-cut answers that apply, almost every aspect of every project is variable and the applicable codes are different based on location and the type of structure.

Most people don’t appreciate the extent to which that’s true and it’s why we’ve seen companies with little or no experience overlook something extremely simple, such as the length of a nail that might puncture a containment structure. As a result, someone’s bedroom gets flooded. You see it constantly with the types of insurance claims and litigation that arise from these installations.

Back when we started down this path, we could see there was a real need to focus on how to do this work correctly because of the frequency of issues. We don’t work on in-ground pools, so to be perfectly honest we don’t have a basis of comparison as to whether or not rooftop pools have more problems, per se, although it would seem self-apparent that they do for the reasons describe above. I do know that when you have a leak it’s not going into the ground but someone’s living or work space, or the leak might be causing unseen damage to the building, perhaps in the form of rotting timber framing that’s not visible, the consequences can be extreme. 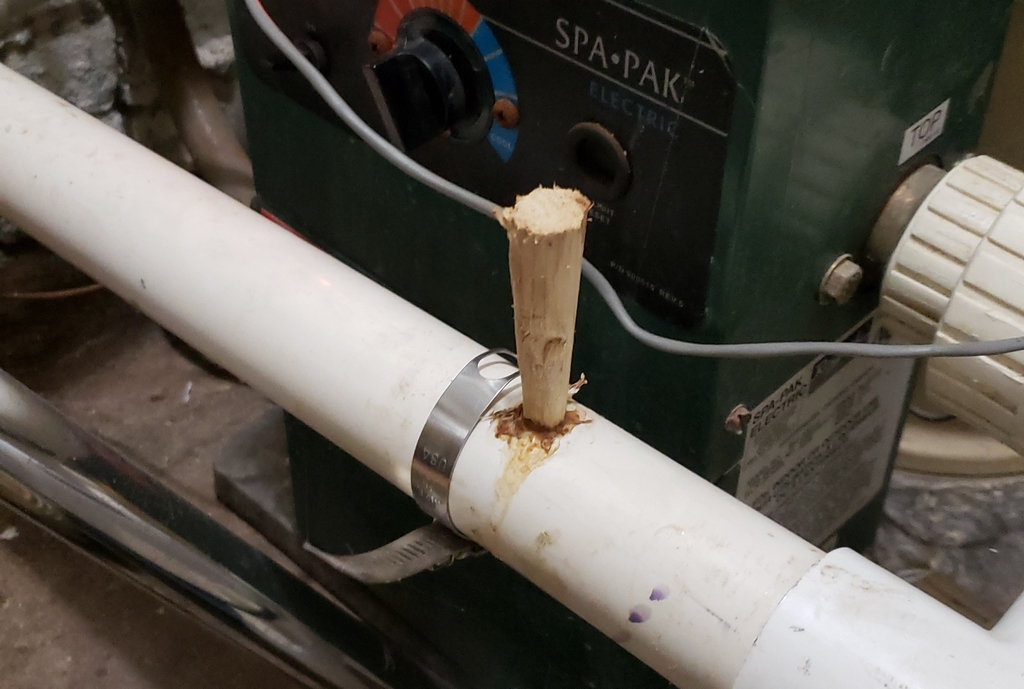 The missteps are so pervasive that you can get conditioned to always suspect something is wrong with the pool. For example, we had a customer who complained that every time it rained the pool was leaking into their apartment. It wasn’t happening when it wasn’t raining, so we did try to clarify that it probably wasn’t the pool that was leaking because it wouldn’t only leak during rain. That might sound ridiculous at first, but these customers were so accustomed to experiencing problems with the pool they simply assumed it was the issue, even though in that situation, the pool was obviously not the culprit.

A significant part of the challenge is managing how the pool interfaces with other elements of the building, including structural, electrical,and mechanical. Within each of those categories there are multiple specific details to consider. Some are obvious such as plumbing runs that have to avoid major structural elements to all sorts of weird little things that most people would never think of.We did an extensive retrofit on their pool a few years back, where numerous things had gone wrong. While some were obvious many of the problems required an almost forensic type of investigation. For example, every time they drained the pool the laundry room two floors down would flood.

As it turned out, the problem was the plumbing evacs for the building weren’t designed to carry that volume of water. That meant draining the pool had to be done very slowly at no more than trickle. That process meant any type of service that required removing the water involved a process of a week at least. They had no other choice and it was always a major hassle.

But that was only part of the problem and not even the most serious. The main issue was that the membrane intended to contain any leaks wasn’t up to the task. That wasn’t unusual because we often see containment measures that just simply don’t work, whether it is the wrong material, improper installation or bad design. The resulting rehab was extensive, but we did resolve all of the issues.

And, water is not always the problem. If you have a rooftop pool that’s located proximate to a large air-handling unit, for example, the electromagnetic fields being generated can cause corrosion and/or premature equipment failures. We recently worked on a project where the pumps were located near other equipment and electrical breakers, not unusual because tight spaces are the norm. In this case, whenever the clients turned on the spa therapy pump, the lights in the spa would flicker and turn off as the pump speed increased. 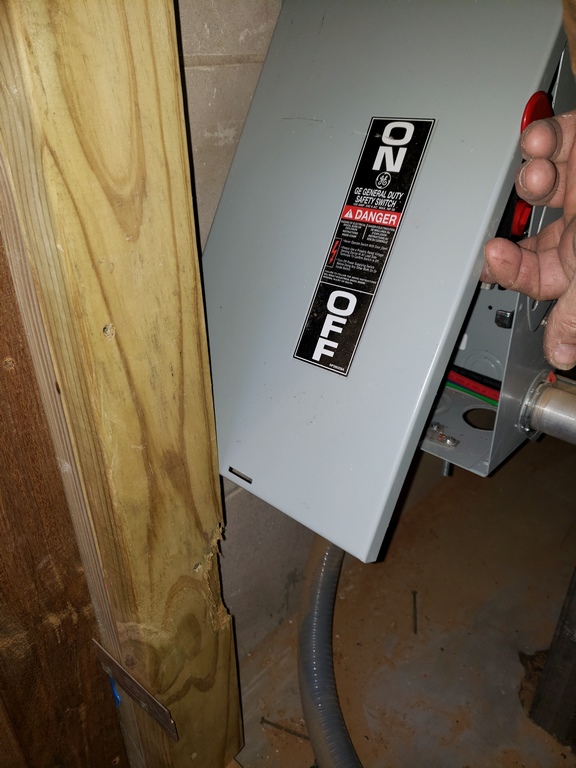 A couple years ago, we looked at a shotcrete rooftop pool that was installed inside a concrete containment structure. Unfortunately, neither the pool nor the surrounding structure were built to move. It was unfortunatelylocated in high rise that does move, which over time led to cracking.

The pool was installed with a membrane, which had become the only thing that prevented the water from invading the surrounding structure.Eventually the membrane degraded and the pool leaked into the building.The idea isn’t necessarily to build a pool that will never leak because that is in any practical sense impossible, even the most well-built pools will spring a leak at some point, but to control the water where the water goes when it does inevitably escape.

One way or another there always has to be what we call a containment structure, or containment system. Whether it’s a membrane wrapped around the pool, a secondary structure made of concrete or some other material, or some kind of catch pan under the pool, those structures always need to be accessible and serviceable.

On closer analysis, one of the problems was that there was no way to access the membrane for inspection or repairs. That meant, it was only a matter of time until the pool leaked.

Oftentimes, failure is built into the life cycle of the pool. A shotcrete vessel is built to last for 50 years, or longer, but the membrane that surrounds it might only be good for 15 to 20 years. If there is no way to replace or repair the membrane, failure is inevitable, and it might be years before it becomes obvious.

The containment structure is sometimes the roof membrane itself, whatever the architect chooses, it might be wrapped around the pool directly or the pool is within a larger wrapped area, or maybe the entire roof. It’s not really about the type of structure or material you use to “waterproof” the pool, but instead making sure that when it leaks, the water has somewhere to go. If water is allowed to sit and stagnate, it doesn’t matter what type of containment structure you have in place, water will eventually cause it to fail.

All of this is so site-specific that the one and only thing we do know is that water will always escape and we have to prevent it from getting to the wrong place.

In part II, we’ll talk about integrating new construction with the building and available space.

Mark and Zachary Trapani own and operate Upstream Pools, a firm specializing in consultation for installation and remediation of high-rise pools and spas.