There’s a lot to be said for working with the same homeowners through extended periods on various projects on single sites. From easier communications and familiarity with personalities to full awareness of site dynamics and the capabilities of local talent, the advantages of these long-term relationship quickly collect in long lists.

In this particular case, we at Hess Landscape Architects (Lansdale, Pa.) have worked on one particular property for a pair of clients for ten years now. This has included a variety of projects on an estate that covers a whisker shy of 32 rural acres in Pennsylvania’s Delaware County, just up the road from Philadelphia. The current project is of great importance in the sequence of tasks we’ve tackled to date, and I’m happy to report thatthere are additional items on the checklist that will carry our collaboration well into the future.

One of the nicest features of the property is that it abuts a dedicated open space that will remain undeveloped. This meant that our clients had to set up a conservation easement to allow public access to the open area, but that was a small price to pay to guarantee the rural nature of their surroundings for generations to come.

There’s so much to tell here that this article will be broken into two parts – the first on the design process and early stages of construction, the second on the completion of construction and the finishing touches.

First some background: The clients have grown children and several residences, but this one has always been the family’s “home base” and the focus of much of the couple’s creative attention. But they are often on the move in keeping up with their businesses and charitable work, which means that everything happens at their chosen pace.

We knew this about them through smaller projects we’ve chipped away at through the past decade. They’d always known that they wanted to build a pool, for example, and we’ve been involved in past discussions of several possible designs. But they move deliberately, and what they wanted most of all was for us to wait until the full A-list team of consultants and contractors we wanted to gather could fit the current project into their schedules.

We also knew the clients have keenly discerning tastes and wanted only the best possible materials installed by only the best available craftspeople: truly the “gold standard” all the way around. And this was even more important because their preferences leaned toward natural forms – a point we returned to repeatedly for inspiration as the design process unfolded. 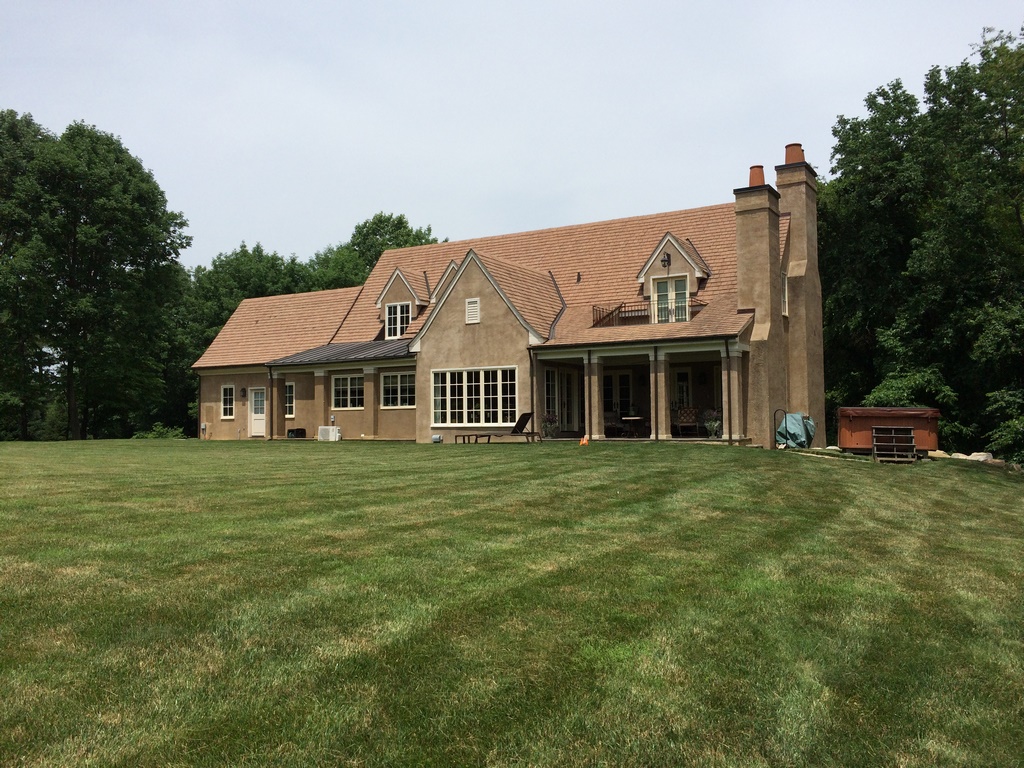 The way it has worked out, they have tended to leave a lot up to us – but are very clear about what they like once they see it. So it wasn’t uncommon that we’d present several options for their consideration and then use their decisions to fine-tune the overall design. For instance, after we went through the process of selecting the right spot for the pool, we presented three different proposals for its shape before the oval form was accepted.

In other words, the front end of the process was long – and put a premium on steadily maintaining a consensus.

In some cases, their feedback was nearly instantaneous, but other times they needed to digest the information we’d present and mull over its pros and cons. As a rule, however, they were really great about making decisions in a timely manner: Above all, they wanted us to maintain forward momentum and keep things moving! 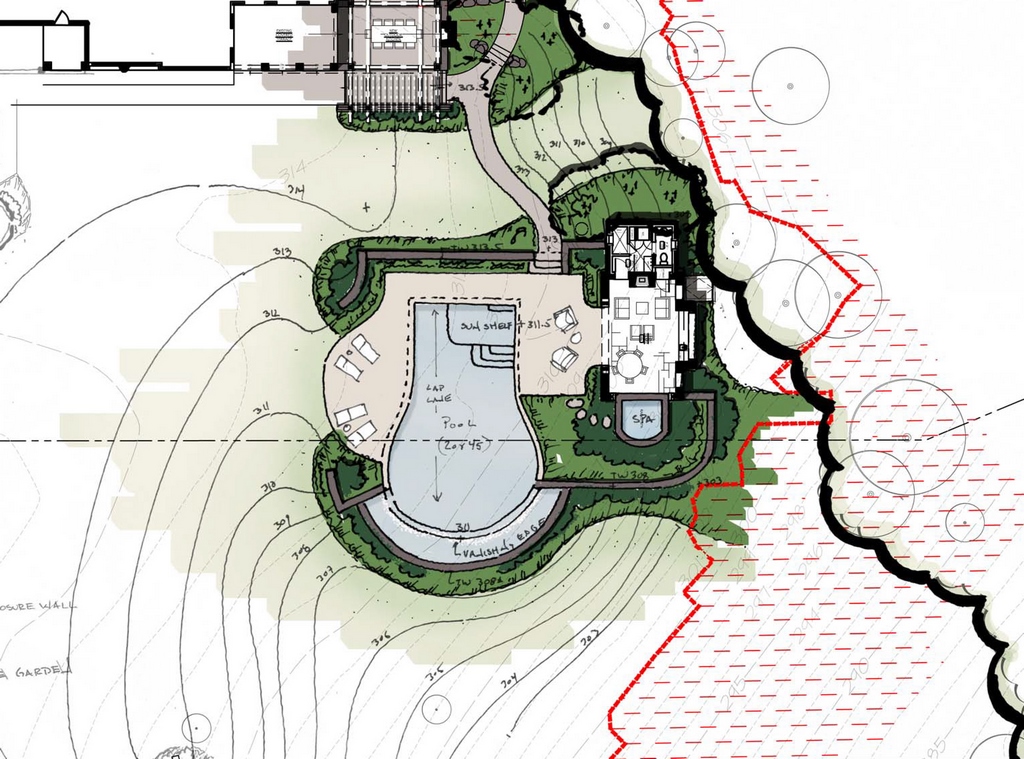 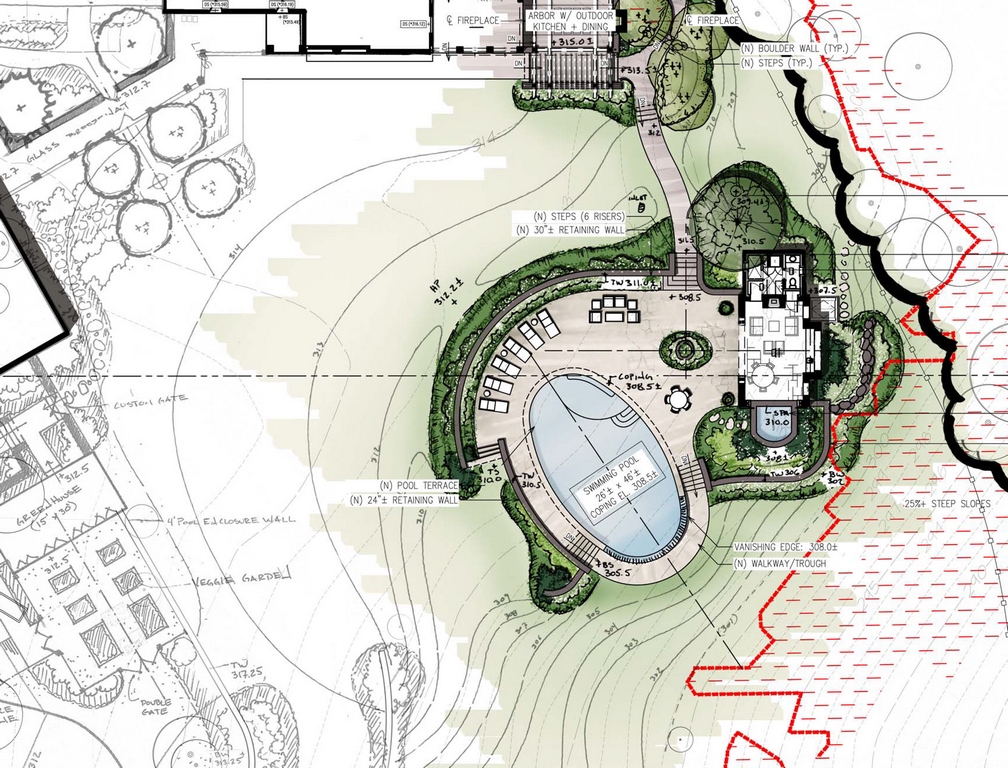 One more thing: Although the pool was the heart of the project, our work was never just about the pool. We were constantly focused on linking it to other living spaces as we established thematic outdoor rooms and various destinations in the landscape – including a pond complete with a large bog-filtration zone we set up to appear as if it flowed into the pool.

There was also a lot that would be happening on site in the future, including some “connections” that had to be made to areas and structures not on the drawing board as yet, such as a detached garage, a greenhouse and a barn.

As suggested above, a key driver of events on site was our ability to assemble an all-star list of consultants and contractors. The client wanted this, of course, but so did we at Hess Landscape Architects: We’ve found that the end product is so much better when people with specific areas of expertise are given freedom to focus on their capabilities and knowledge bases in a collaborative effort.

This team approach proved useful, for example, in carrying us through a long list of hurdles we had to jump over to obtain approvals from the local municipality. In everything we did, we had to weigh building setbacks, limitations on areas of disturbance, impervious coverage limits, rules about steep-slope encroachment and much, much more. And this was all heaped atop client and project-team decisions and the internal issues we needed to address and resolve as the design emerged.

Along the way, we made a large number of presentations, but they were usually pretty straightforward: After all, we knew the clients’ level of expectations and that we had to respond accordingly – with three-dimensional modeling being a most important tool in conveying ideas quickly and clearly, especially when it came to details. 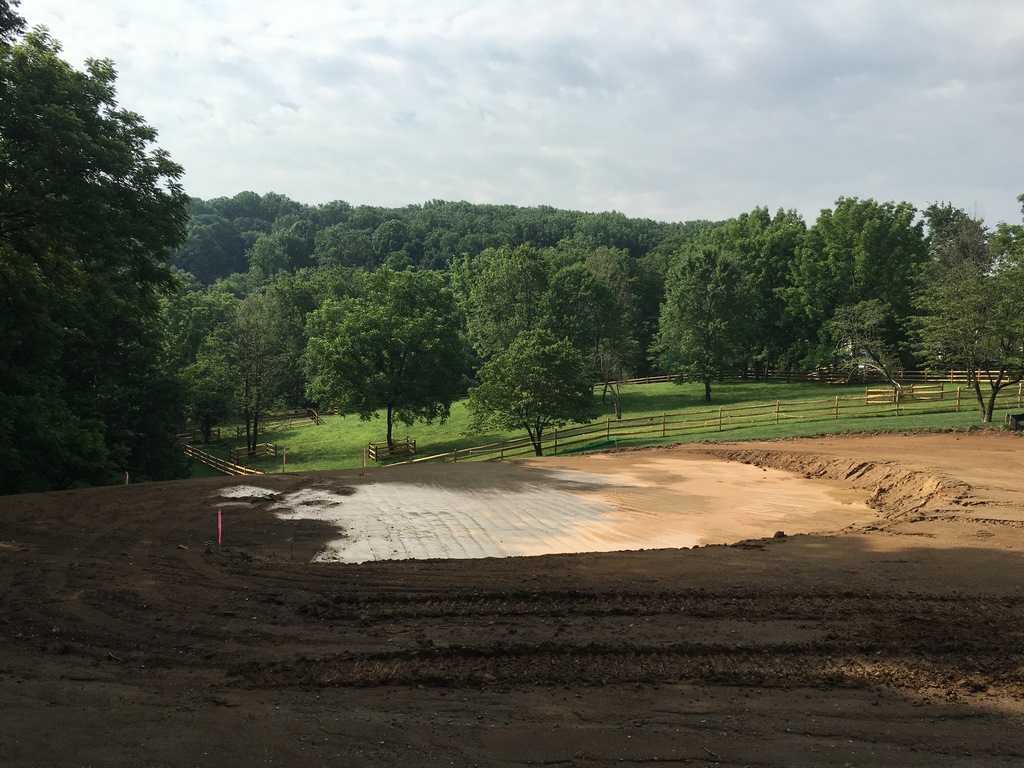 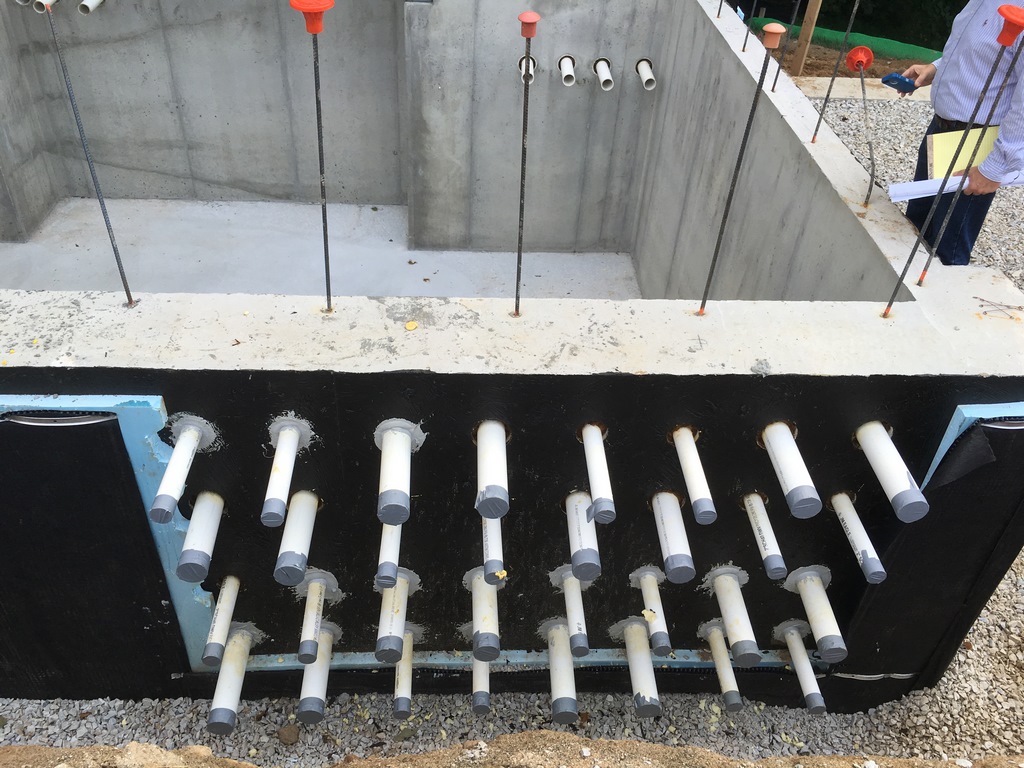 At times, what we presented blew them away. At others, however, the fact that they’ve traveled so extensively and have a cultivated appreciation of fine materials and details meant we had to keep elevating our game. That’s rough when the starting point is always something truly extraordinary!

It was in discussions of features and associated details that things were at their most intense. The choices were seldom black-or-white, and we had lots of conversations that started with them saying things like, “What if we tried that, but also did this?” The process was very subtle, highly nuanced and multi-layered – sort of like peeling an onion, but generally with fewer tears.

Long story short, lots of adjustments and changes came out of these conversations, but they invariably produced positive results – so much so that we have zero regrets with the direction the project ultimately took. 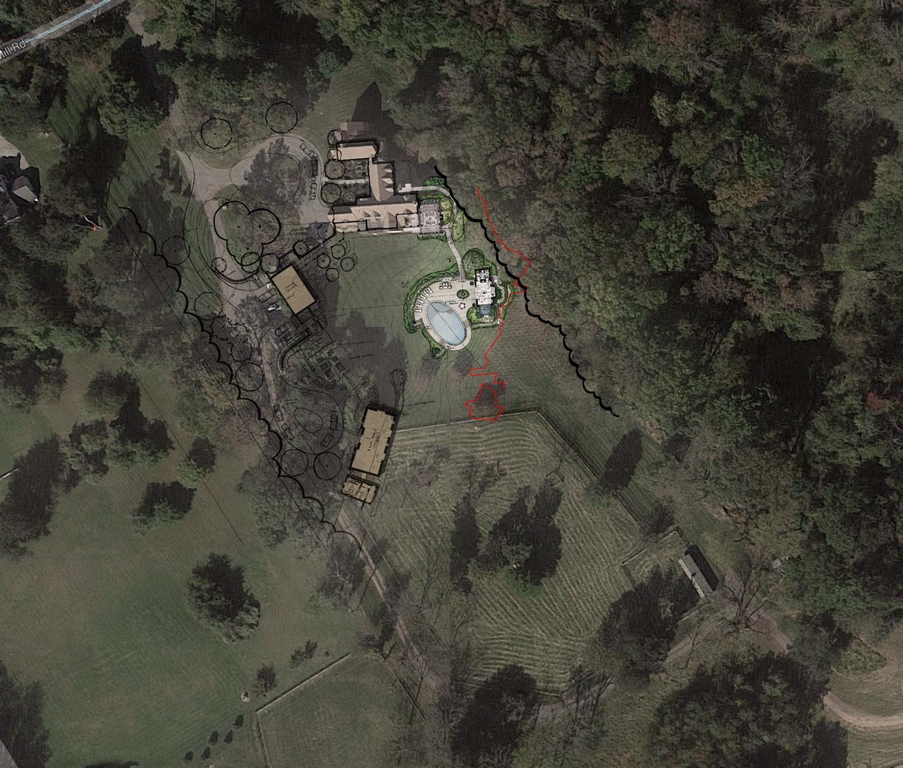 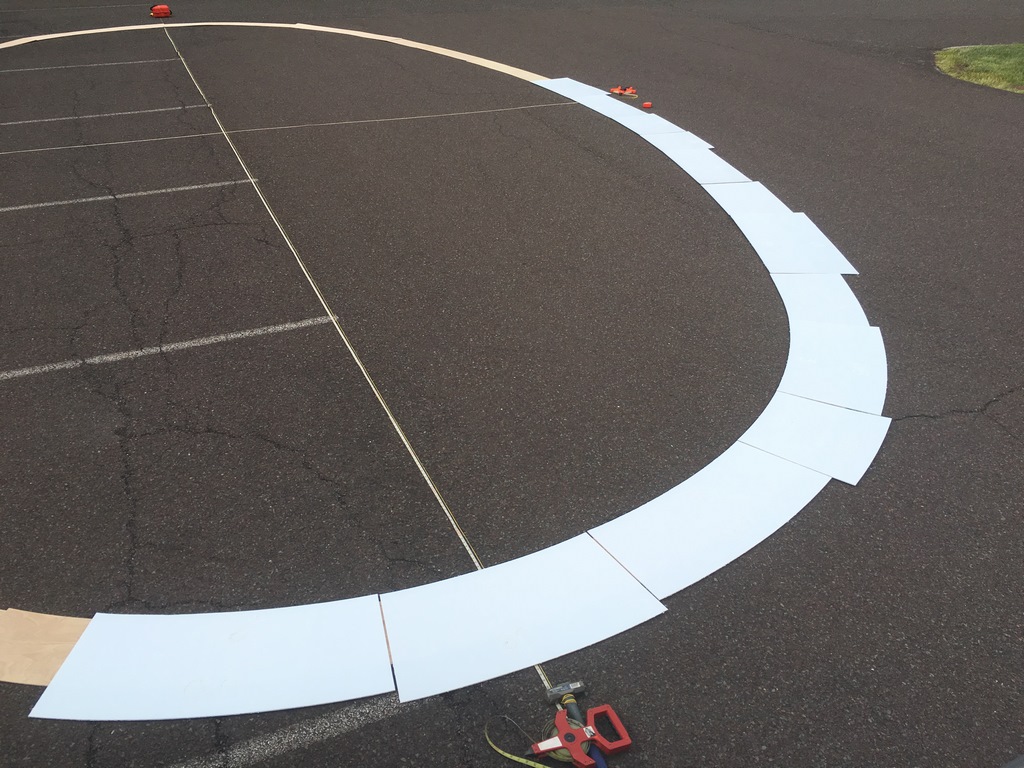 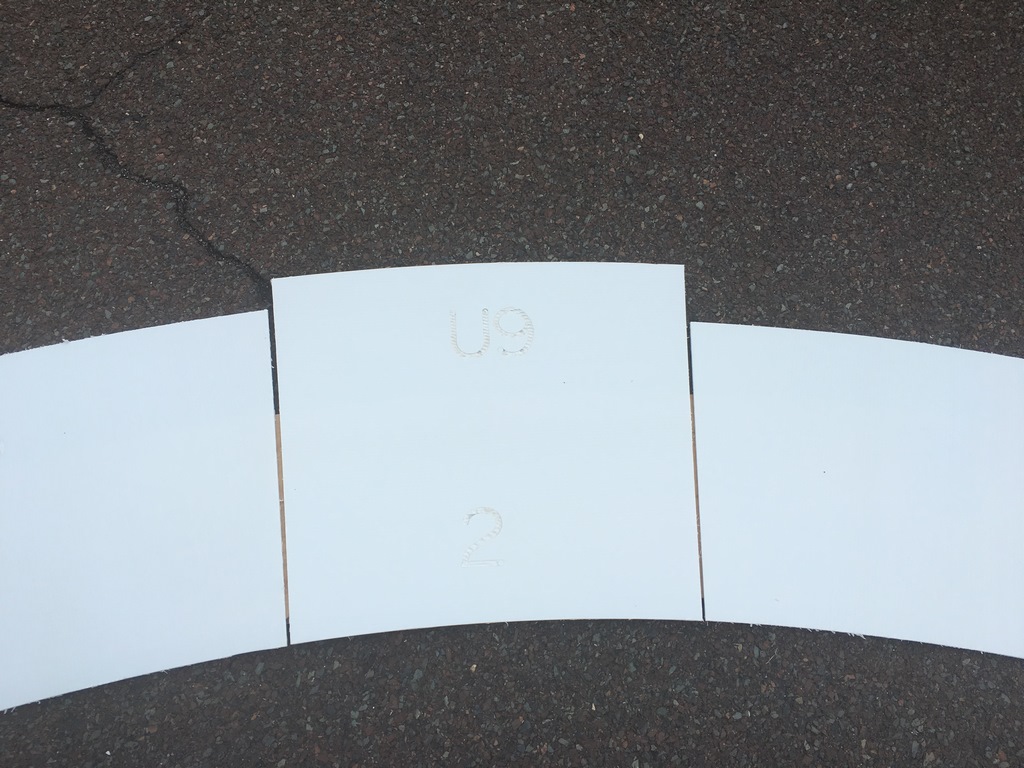 One nice feature of the property helped things along: The project area’s soil condition had been identified on the civil engineer’s plans from previous construction on the property, so we could move forward confident that the soil would be suitable down to a level well beyond our needs. It would’ve been bizarre given the property’s history for us to encounter, say, a rock outcropping. All we really had to concern ourselves with was the possibility of encountering the odd, free-floating boulder – not a major concern.

It’s uncommon in our work to have geotechnical concerns effectively eliminated before work begins, and this left us completely free to focus on placement of key features and on capitalizing to the greatest possible extent on the views afforded by the dramatic drop in elevation to the valley beyond.

In all of this, we were fortunate to have one of the area’s premier construction companies operating as the project’s general contractor. The job site was always busy, but careful scheduling enabled the trades to stage activities independent of one another and stay out of each other’s way to an unusual degree. The result was a fairly quick build – just 13 months from June of one year to July of the next. That’s a short timeline for so much complexity!

Once basic design engineering decisions were made, the principal challenge we had was in thinking through the details and how we would be executing them. These often were ideas we’d had that were intended make the project truly special, but in several cases we had yet to figure out exactly how to make them work.

Some of these were major, others less so – but all of them were important. Moving forward, we knew clarity would be crucial.

For all that, approaching the site was reasonably straightforward: We knew, for example, the extent of the limits of disturbance that defined the project area; knew the locations of steep slopes upon which we could not encroach; and, finally, knew that the property was very amenable for construction. The work area was wide open, with excellent access and only a few trees to remove for later replacement. It was all so easygoing that the clients were able to stay in the house most of the time without being inconvenienced.

When the design started to coalesce, there was a pool to go along with a pool house, a pond, its bog area, lots of landscaping, an outdoor kitchen, bountiful stonework, an equipment room and equipment selections along with a mass of plumbing we had to lay out and keep organized.

It was at this point, most of the way through the subgrade work, that the homeowners threw us a curveball that reminded us once again of peeling the onion – but this time with some blood, sweat and tears involved. We’ll get to that part of the story next time.

Scott Christie is a designer at Hess Landscape Architects in Lansdale, Pa. A 1994 graduate of Cornell University’s Landscape Architecture program in 1994, he started with the firm in 2009 and is a specialist in developing and executing planting programs as well as project documentation and marketing. Recently, he was recognized for his involvement with community-funded dune-restoration projects in Avalon, N.J. For more information, visit www.hessla.com.