Solving world-wide water supply problems might just come down answering complex materials science questions on the molecular level. According to new research, life-saving breakthroughs in the desalination process may be possible by way of understanding the way water moves through reverse-osmosis membranes.

It’s interesting, if not a little ironic, that sometimes solving the biggest problems requires looking at things at the smallest level (and this time, I’m not talking about anything to do with a virus).

That’s certainly been the case recently as researchers from the University of at Austin, Penn State and Iowa University announced a potentially major breakthrough in reverse osmosis technology, the primary method used for desalinating water, among many other water-treatment applications including purifying swimming pool water.

For decades, figuring out how to reduce RO energy requirements has been something of a holy grail for desalination. Working in partnership with Dupont Water Solutions, which manufacturers desalination filtration membranes, the team determined that Reverse Osmosis (RO) membranes are inconsistent in density at the nanoscale level, which compromises performance and ultimately results in the systems’ famously high-energy demands. 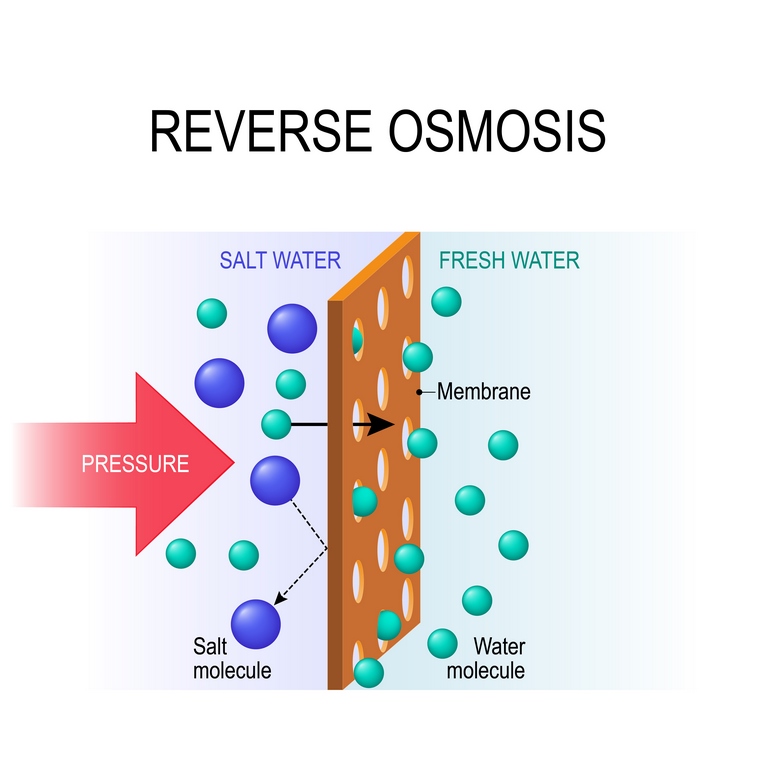 According to the researchers, achieving uniform density at the nanoscale level is the key to increasing RO filtration efficiency. Higher efficiency means lower energy requirements and costs and, possibly, smaller power systems needed to treat larger water volumes. The implications could be global in scale and impact.

“Fresh-water management is becoming a crucial challenge throughout the world,” said Enrique Gomex, a professor of chemical engineering at Penn State, one of the co-leaders of the research team. “With droughts, and increasing severe weather patterns, it is expected that water shortages will become even more significant. It’s critically important to have clean water availability, in especially in low resource areas.”

The research team, which published its findings in the journal Science, reported an increase in membrane efficiency of 30%-to-40%. “Reverse osmosis membranes are widely used for cleaning water, but there’s still a lot we don’t know about them,” said Manish Kumar, an associate professor in the Department of Civil, Architectural and Environmental Engineering at UT Austin. “We could never really see how water moves through them, so all improvements over the past 40 years have essentially been done in the dark.”

Dupont and the National Research Foundation funded the research, which was originally inspired by Dupont’s own researchers who initially discovered that thicker RO membranes were proving to be more permeable than thinner ones. The finding was counterintuitive to the long-held belief that thinner membranes were more permeable.

In 2015 Dupont organized a “water summit” to begin work solving the mystery. The team developed 3D reconstructions of RO membranes at the molecular level. They studied the path water takes through the mysterious membranes, demonstrating that dramatic increases in efficiency are possible by asserting greater control of the membrane’s molecular structure.