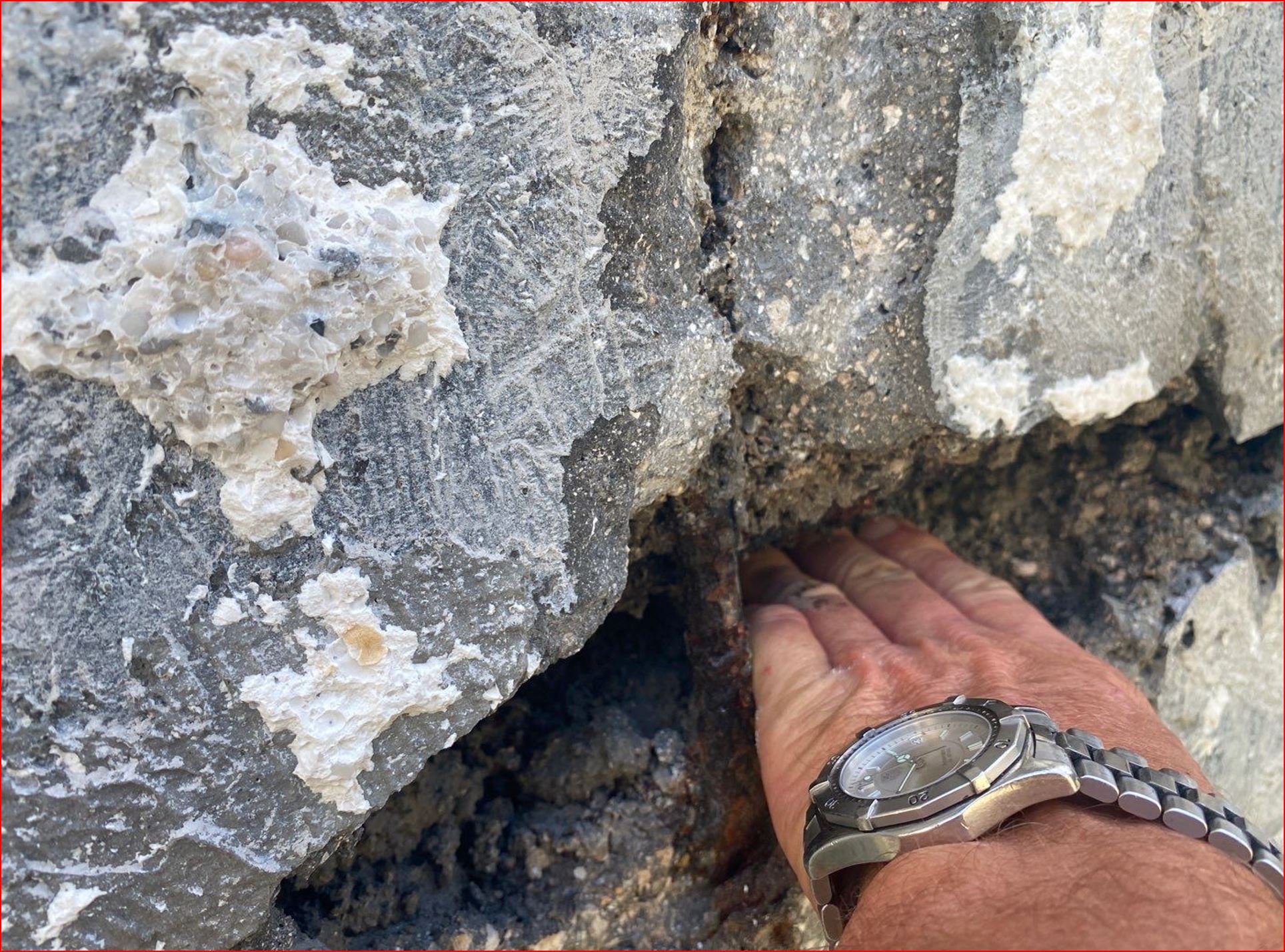 Engineers carry an almost sacred trust, with watershapers relying on them to design structures and systems that are reliable, science-based and code-compliant. When that trust is broken, says Dave Peterson and Bill Drakeley, the consumer’s investment is at risk — as is the watershaper’s reputation.

Engineers are highly trusted. In a recent Gallup poll asking which professions are the most trusted nurses were number one and engineers came in second. Engineers placed above medical doctors, police, psychiatrists and clergy. Not surprisingly, used-car salesmen and members of Congress were at the bottom of the polling!

That high level of public trust begs the question of whether or not engineers truly warrant such rock-solid credibility? Engineers are not monolithic and certainly most are trustworthy; but, there are others that most assuredly are not. In fact, a clear and compelling example of engineering untrustworthiness can be found right here in the pool industry.

When you obtain a set of plans from a consulting engineer — a structural design, for example – we have every right to believe that their calculations, specs and plan details are correct for the project at hand. In most cases, that trust is well-founded; but, unfortunately, there are some glaring exceptions.

You run into problems with what we call “mail order” or “off the shelf” plans developed and sold by engineering firms Bypackaging generic plans, such firms enhance their profits while dumbing down their specifications andallowing builders to cut corners.

Some people refer to these as “standard plans,” which is a euphenism and misnomer. No two pools that are exactly alike. The soils are never exactly the same, nor is the property, the environmental conditions, and certainly not the homeowners. Therefore, there really is no such thing as a standard plan. Engineers that market plans as such, we believe, are fraudulent.

PERPETUATING MYTHS
The unfortunate fact is, many builders will utilize an engineer’s work product if they think it will lower the cost of the pool, when compared to more rigorously engineered plans. Some builders will ask, why should I use #4 rebar when this engineer says I can get away #3? Mail-order engineers give them the answer they want.

In other words, not all engineers should be trusted. Some of the lowered standards you see in mail-order plans do, in point of verifiable fact, lead to failures. The fact that the plans and resulting structure was not engineered for the site conditions all too often only becomes known in discovery phase of an expensive and time-consuming lawsuit. 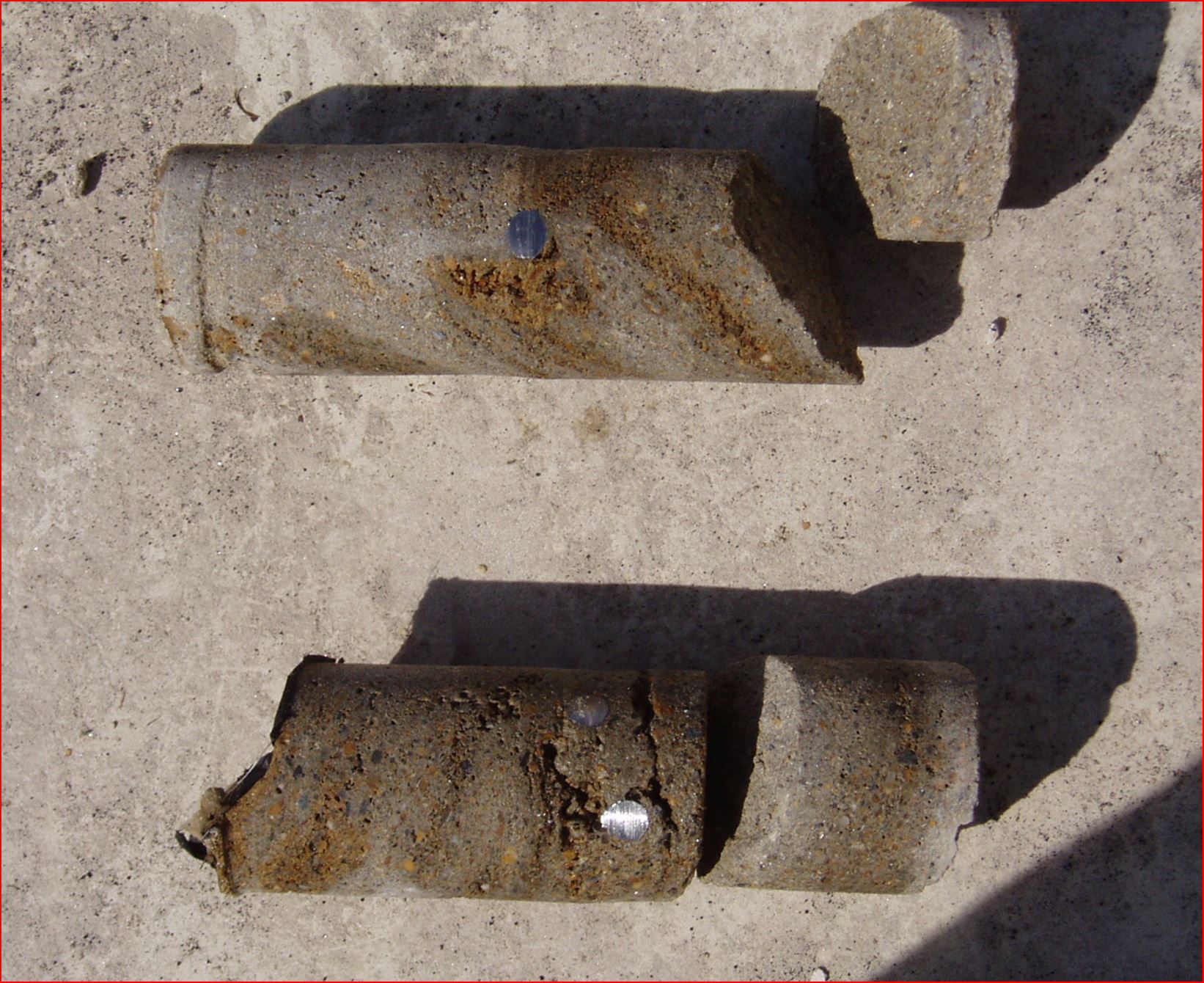 The ugly truth is, there are engineers who will lie to you because they’re more concerned with their bottom line than they are with being trustworthy or the integrity of their plans. They will ignore some ethical codes while seeking profits.

The good news is it’s easy to spot an unscrupulous engineer if you know what to look for in terms of the corners they will cut. At least that’s true in the pool construction industry.

In our industry the biggest area of deception is concrete and reinforcement. They cut corners in the compressive strength of concrete, it’s permeability, coverage of steel, size and frequency of reinforcing steel and the thickness of concrete. They get away with it -by using clever language that’s meant to confuse builders and authorities having jurisdiction.

One of the arguments, for example, is that it’s okay for concrete to be permeable, because that’s the plaster’s job. Builders don’t have to worry about water permeating the concrete shell because the plaster is there to stop it. Well, that’s just not true.

The National Plasterers Council, for example, is clear that plaster is not a waterproofing membrane. They require their product to be applied to a watertight concrete shell. That’s because water that makes it through the plaster will flow more readily through a porous shell. Once that happens you can have all sorts of problems including corroding the structural steel or even compromising the soil around the outside of the shell.

We often see similar shortcuts with specifying concrete coverage over steel, which is essential to structural integrity. If there’s inadequate coverage, water can get to the steel and cause it to fail. The same is true with under sizing steel; for instance, using #3 bars is a big mistake in many situations. Sub-standard plans also cut corners on specified concrete thickness.

The most obvious and egregious shortcut, and the most deceptive, is found in the way that some engineers specify the compressive strength of concrete. This is an almost mythical area that’s been perpetuated for years. Frankly, it’s disturbing that this one still exists; but, when you look at the deceptive language, it’s painfully obvious what’s happening.

According to language provided by some mail-order engineers who specialize in pools, “Shotcrete shall have a minimum compressive strength of 2,500 psi.” But then in the next sentence, you’ll read “where applicable, shotcrete shall conform with the IBC Section 1904 Durability Requirements.” 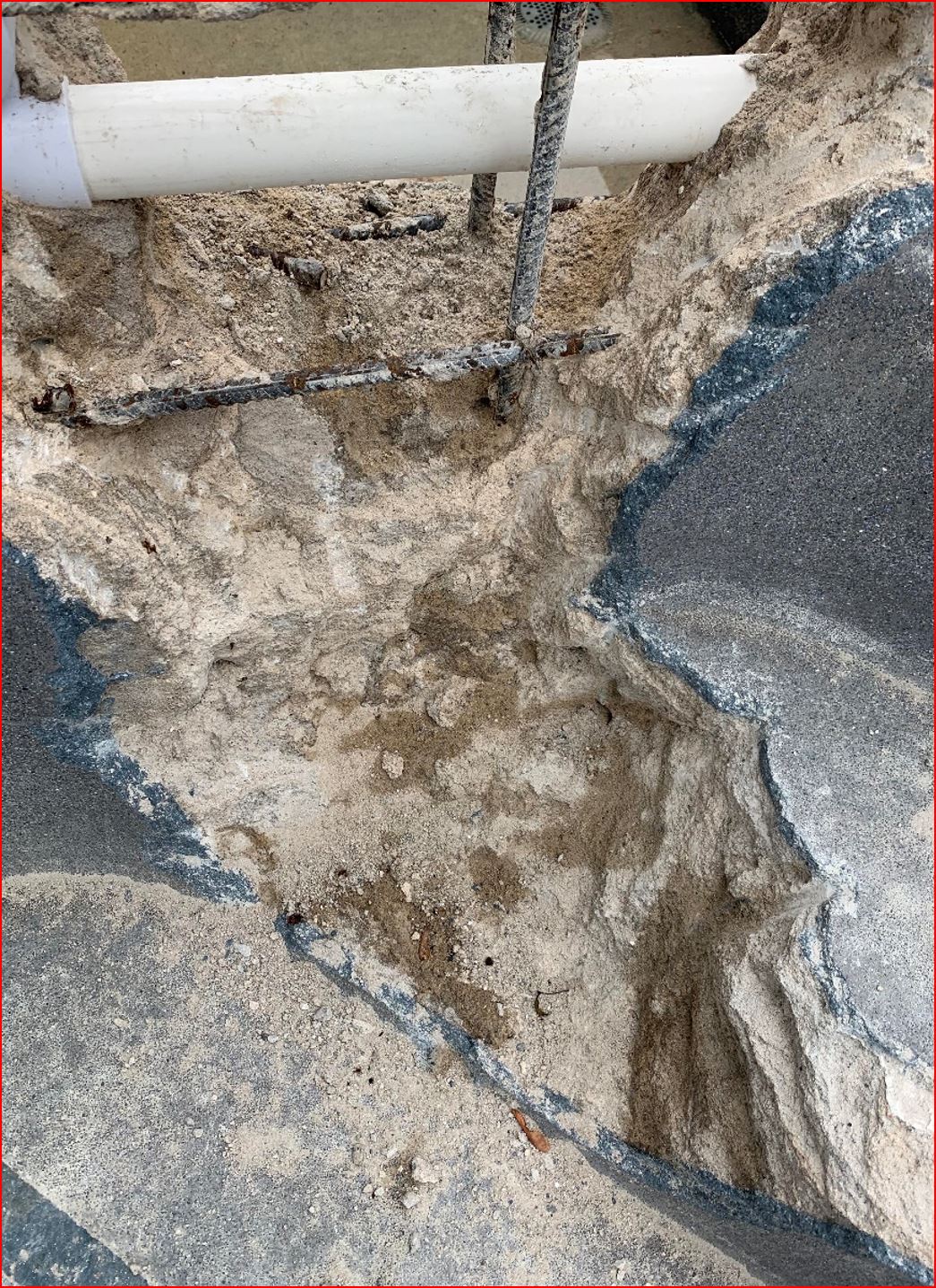 First of all, where does IBC Section 1904 not apply? The fact is, all pools made using pneumatically applied concrete, either the shotcrete wet- or dry-mix methods, are subject to the IBC language. Well, guess what? The IBC is clear that concrete should have a minimum compressive strength of 4,000 psi, or 4,500 or 5,000 depending on specific soils conditions.

Therefore, saying that the minimum compressive strength can ever be 2,500 psi is simply a flat-out lie. Saying, “where applicable” is nothing more than a way of distracting you from the fact that the IBC standards apply everywhere.

It is unambiguous and there is simply no other way to accurately read the applicable code language.

The reason for the misrepresentation of reality is that these untrustworthy engineers can sell more plans to builders looking to shave costs. If you build 35 pools each year and save $10 per cubic yard of concrete, some builders will see that number adding directly to the bottom line. And, courtesy of these untrustworthy engineers, they have a plan to point to that seemingly justifies the lower standard.

Cutting to the chase, any engineer that pushes the 2,500-psi standard is betraying your trust. And consider this: they are certainly not going to pay for replacing the entire pool when it fails. Your clients are not going to be happy later on when in the course of a lawsuit they find out that the requirement really was 4,000 psi and you didn’t take the time to discover that fundamental fact.

There are differences in the standard based on the type of soil, specifically whether or not you’re working in a freeze-thaw condition and the sulfide content of the soil; but, when you study the applicable code language in ACI 318, it is clear that there are no circumstances in which 2,500 psi concrete is acceptable.

The bottom line is that watershapes are required to have:

Any specification or plan that deviates from that is technically, and legally speaking, indefensible. In fact, any engineer claiming 2,500 psi is acceptable is guilty of negligence, misrepresentation, fraud and false advertising.

As mentioned above, concrete in pool shells should not be permeable. That can be confusing for some people. It’s a point that some engineers will use to their advantage because all concrete is, to some degree, porous. To make sense of this issue, you need to understand four key terms:

• Porous: having minute spaces or holes through which liquid or air may pass. All concrete is porous.
• Porosity: the ratio, usually expressed as a percentage of the volume of voids in a material to the total volume of the material, including voids.
• Permeability: the ability of a given concrete to permit liquids or gases to pass through. All watershapes should be impermeable!
• Pervious concrete: concrete containing little, if any, fine aggregate that results in sufficient voids to allow air and water to pass easily from the surface to underlying layers. Pervious concrete should not ever be used in any watershape structure. 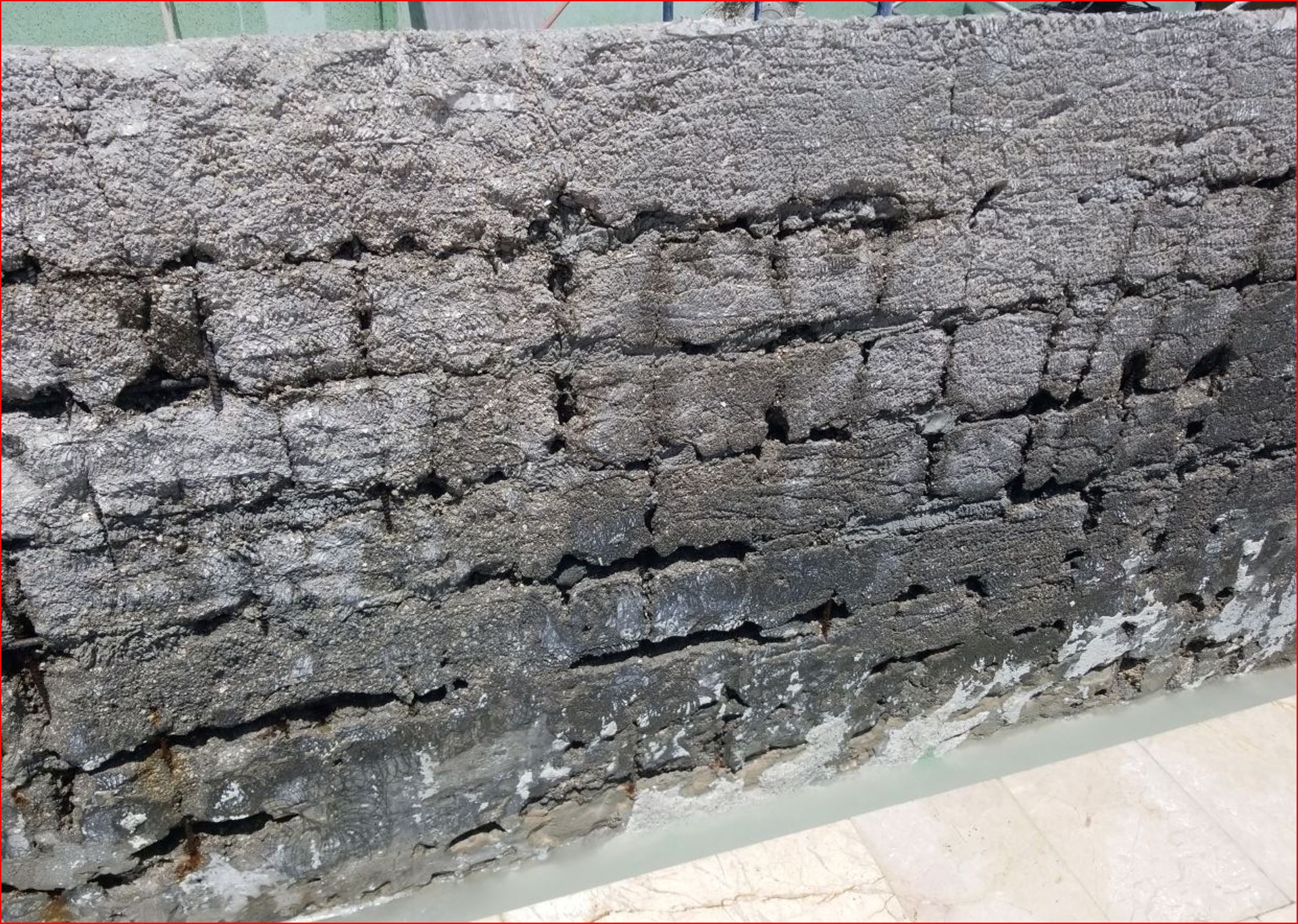 While it is true that all concrete is porous to some extent, in 4,000 psi concrete the porosity is low enough that water migrating through the pool shell is not a problem. But, again, when you deviate from that standard and accept some lower compression strength, then it is very likely you’ll have concrete that will allow water to move through it.

One of the arguments you hear from some mail-order engineers is that the concrete matrix is inconsistent and there will inevitably be areas of higher porosity than others. Again, that is simply not true. With proper mixing and application techniques, concrete will be more or less uniform.

In conclusion, engineers who support cutting corners and who work outside of established and accepted industry standards are not worthy of your trust. Caveat emptor. Let the buyer (you, the builder) beware.