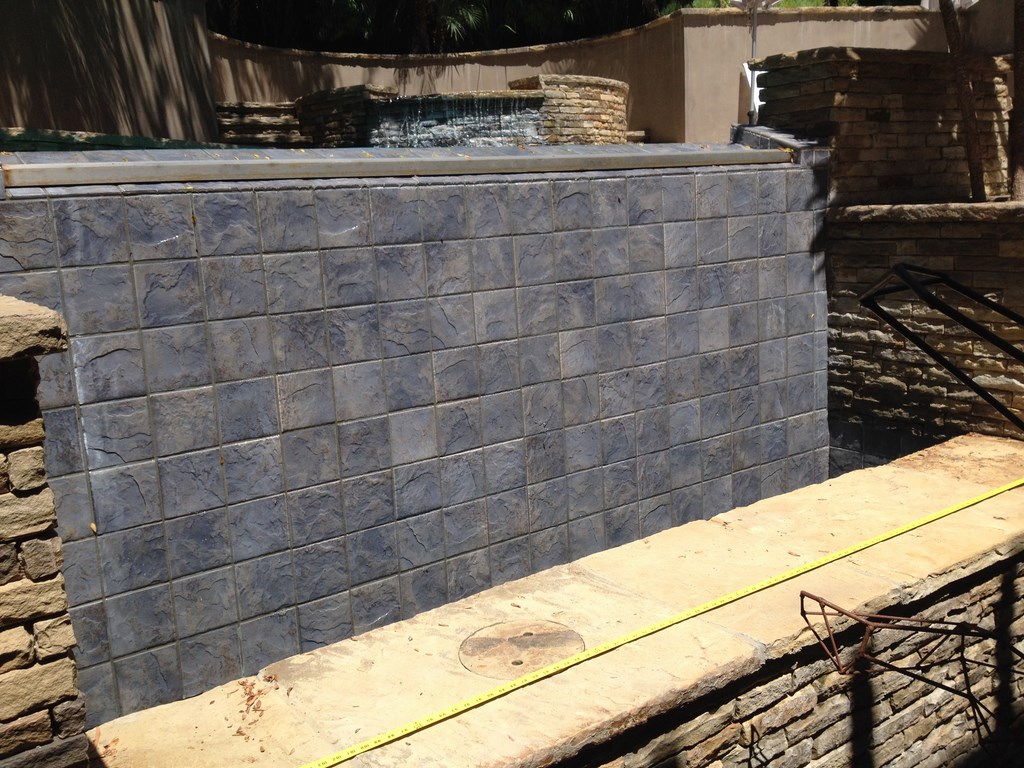 Even after all these years, in which countless seminars and classes have covered proper techniques for designing, engineering and building vanishing-edge pools, I am still all-too-frequently confronted in my role as a construction-defects expert witness by installations that are just plain wrong in one way or another.

The biggest problems usually have to do with the troughs or catch basins into which the water is meant to flow: In a large number of instances, they are just too small – meaning they are either too narrow to catch all of the water or don’t have the capacity required to handle the water left in transit when the pump system shuts down. Either way, daily flooding and/or overworked auto-fill systems are the result.

The scenario: With the pool seen in the photos accompanying this article, the trough is simply too narrow to capture the water flowing over the edge. At some point, a “creative technician” tried to slow the velocity of that edge flow by adding a steel rail – a solution that had only a marginal operational benefit and all the aesthetic zing of lipstick on a pig. 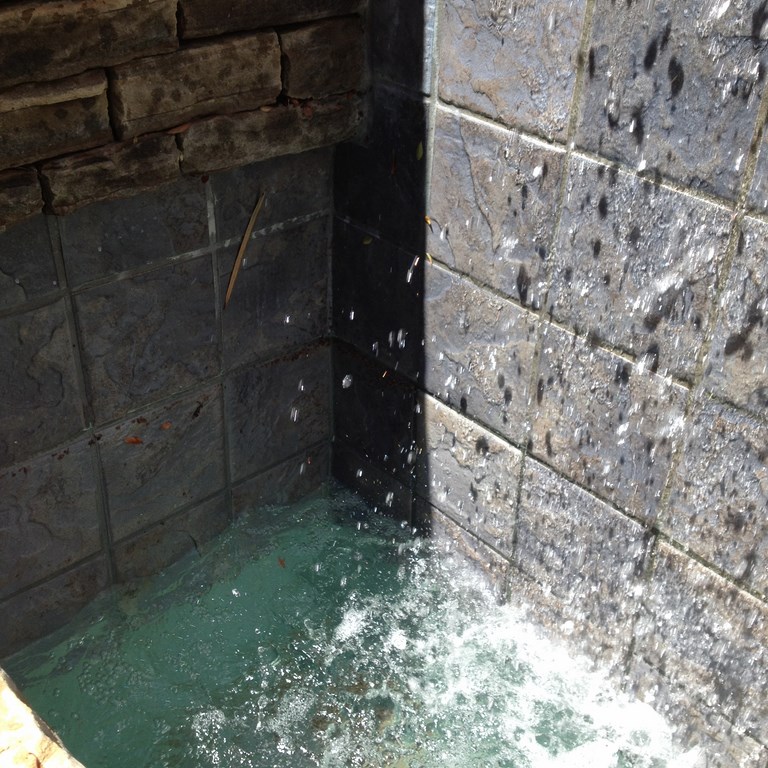 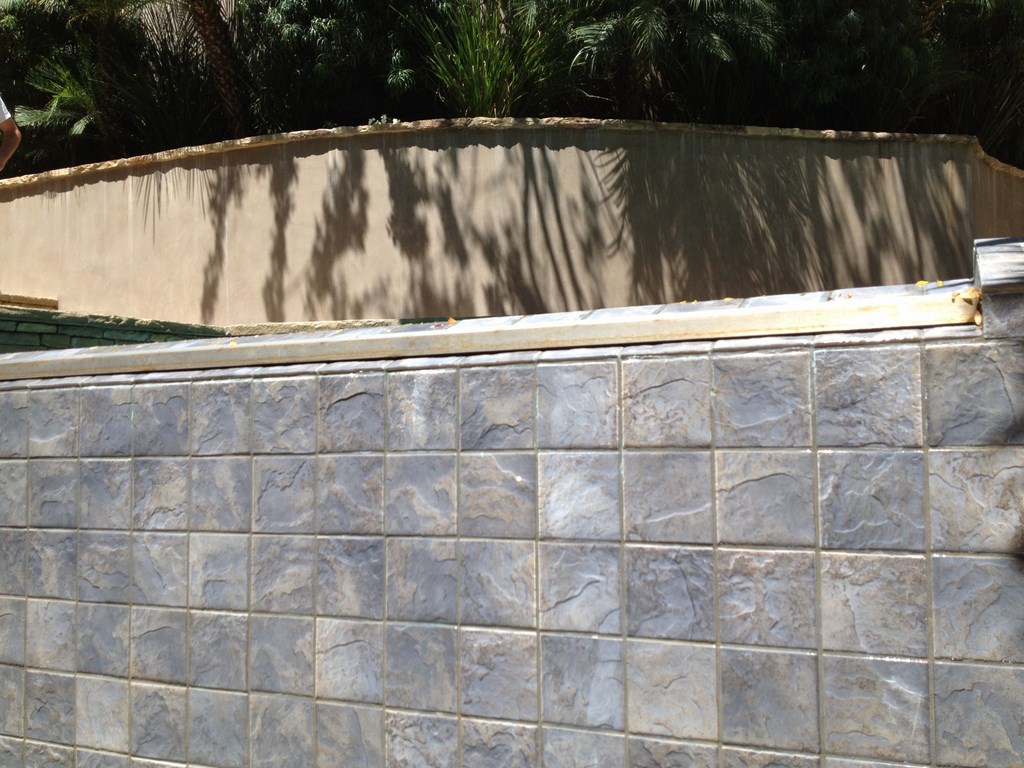 Adding to the fun here was the placement of the auto-fill device: When the edge detail was in operation, the water in the trough would be drawn down far enough to initiate the automatic filling; later, when the system shut down, a good portion of the water that had been added in the meantime would overflow the trough and flood the yard. (The trough faced the home’s patio, so all of this was in plain view.)

The fix: There were a couple steps involved in addressing the problems with this pool. First, it needed a variable-speed pump to replace the two-horsepower, single-speed pump that had originally come with the pool. It was clear that the system was pushing far too much water over the edge – hence the overshooting and the splash-out. Using a variable-speed pump not only gave the clients the ability to dial back the flow and get rid of the metal bar: It also saved them a bundle on the cost of running the system.

The trough is still too small, but the flow is now manageable.

The auto-fill situation was more challenging – and the solution more creative. First, the existing feed, which came direct from the water main, was to cut off and a new one was set up that included a brass sprinkler valve to control the flow. This new electrically actuated valve was wired back to an open station on the existing sprinkler timer. 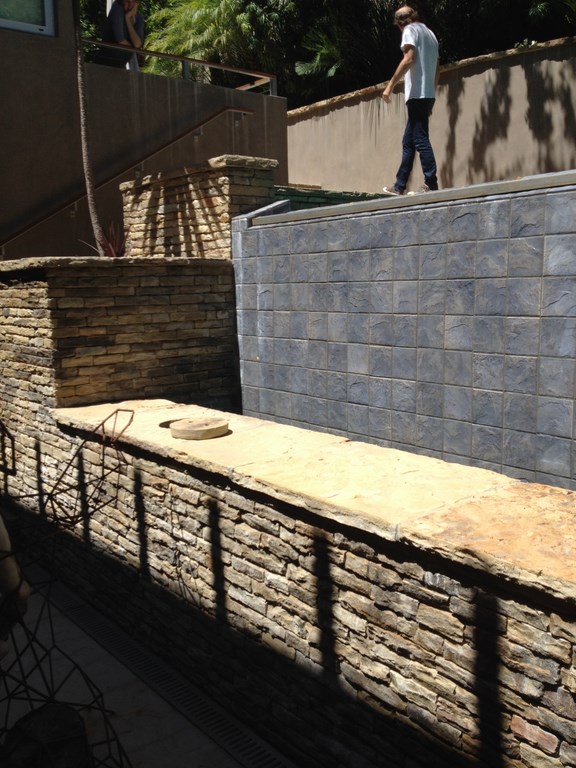 The new valved fill line ran to the pool and could be set, using the irrigation timer, to add a small amount of water at some point after midnight, when the pool filter and vanishing edge were not running. This replaced the few gallons of water lost to evaporation during the day and could be adjusted up or down with the timing sequence to deal with patterns of water consumption related to heat, wind and other seasonal factors.

Lesson Learned: If you’ve never built a vanishing-edge pool, you need to get educated before you tackle one – or it will tackle you. The pool discussed here was fundamentally flawed in the physical dimensions of the trough, in the flow rate and in the placement of the auto-fill device. These are all basic points in the design and engineering of water-in-transit systems and have been thoroughly discussed in trade-show presentations and educational seminars offered by Genesis 3 for years.

There’s no excuse not to know how to do vanishing edges the right way: If you aren’t sure, ask, because there are lots of professionals out there who can answer all of your questions.

Scott Cohen is president and supervising designer of The Green Scene, an outdoor design/ construction firm in Chatsworth, Calif. Past articles in the Lessons Learned series have been compiled in his book, The Candid Contractor. He also provides consultation for clients nationwide and gives seminars on designing landscapes, swimming pools and outdoor kitchens. For more information, go to www.greenscenelandscape.com.