Back in our June 24 edition, we ran a provocative feature by Texas designer/builder and Watershape University instructor, Mike Nantz. As the title “Charging for Design” suggested, Nantz used the space to make a case for pool designers requiring a fee for their design work, rather than using it purely as a sales tool.

It’s a subject that has been tossed around for a long time and always seems to touch nerves, especially among those who are still not getting paid to imagine pools and spas for their clientele. way of continuing the discussion, it is instructive to consider how the question of ‘do you or don’t you’ fits in with the current pool/spa buying frenzy.

Unless you’ve been hiding under the proverbial rock, you know that the industry is currently experiencing an almost surreal level of activity.

From high-end custom projects, to package-pool installations and everything between, the entire industry is on fire, and has been by most accounts since late April. Portable hot tubs, aboveground pools and even inflatable kiddy pools — basically anything that holds water for recreational purposes — is on back order. Some builders have told me they’re booked deep into next year already with some saying they’re already scheduling into ’22. It’s that crazy. 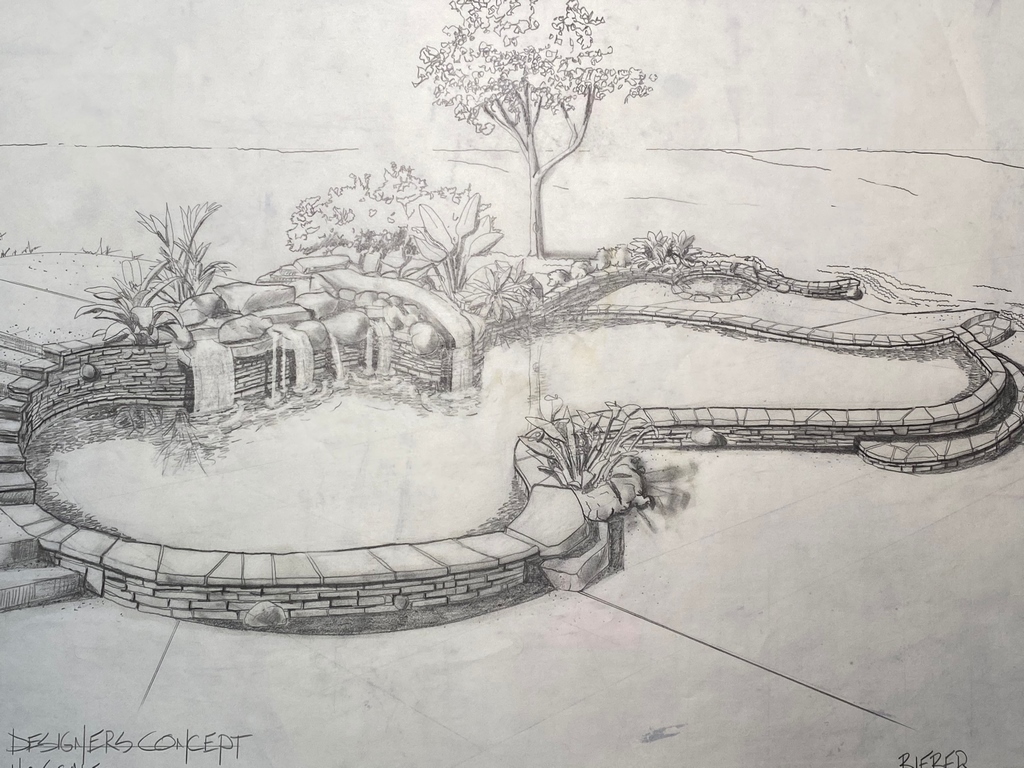 So how does all that impact charging for design? I recently spoke with designer/builder Reid Schindler of Schindler Design Co. in Edmond, Ok., who pointedly said, “If you’re not charging for design, you’re leaving money on the table. In this market it’s ridiculous to give it away for free. I can’t imagine why anyone wouldn’t charge for design.

“There are several builders in our market that give out designs for free that are booked out four months just to meet with clients, there’s so much activity. While we have an equal number of initial inquiries, we are able to limit our appointments and lead times by keeping the clients that are truly interested in front of us by charging a nominal design fee and being very upfront about project costs before the first appointment.”

He further shared that his former employer, Claffey Pools in Southlake, Tex., a couple of years ago began a policy of charging $75 for initial site visits ahead of design fees. “Our close rate immediately jumped 15%,” he recalled. “The number of calls we went on decreased by 25%, but those were mostly people who weren’t serious about buying a pool. Simply charging for the site visit, made our time much more efficient. We were going on fewer calls and building a lot more pools.”

And, he adds, the nominal fee adds up. “We were going on hundreds of calls per year, so when you do the math it’s amazing what that small fee did for the company.”

Now, having gone independent, Schindler has carried over the practice into his new firm. In fact, he charges a higher fee for the site visit and conceptual plan, which he shows to the client, but maintains ownership until he negotiates an overall design fee, which varies from project to project.

“My friend and mentor, Mike Farley likes to say, ‘When you charge for design, you immediately become the professional in the eyes of the customer.'” Schindler says. “I believe he’s right about that. You elevate yourself, especially compared to companies that still don’t charge. It makes a huge difference.”

I can only agree with Schindler and others such as Nantz and Farley who make those arguments. Competent design always has value, andright now, the scorching demand should push everyone in the industry to move in that direction.

Returning to Nantz’s discussion, commanding a design fee does mean having the ability to create professional designs in the first place, and that side of it is no doubt a challenge for builders who don’t have a design background. You can always hire or affiliate with people who do have design skills. Better yet, seek out design education like that taught by Nantz and other Watershape University faculty to improve your skill sets.

Many of the builders I’ve known who have embraced design will say it was the most important thing they’ve ever done professionally. Others I’ve known, who have remained purely builders, usually have strategic alliances in the design community and are conversant in the language of design.

With this current demand, and the scarcity that goes with it, there has never been a better time than now to elevate your game and discard the practice of undervaluing design by giving it away for free, once and for all.