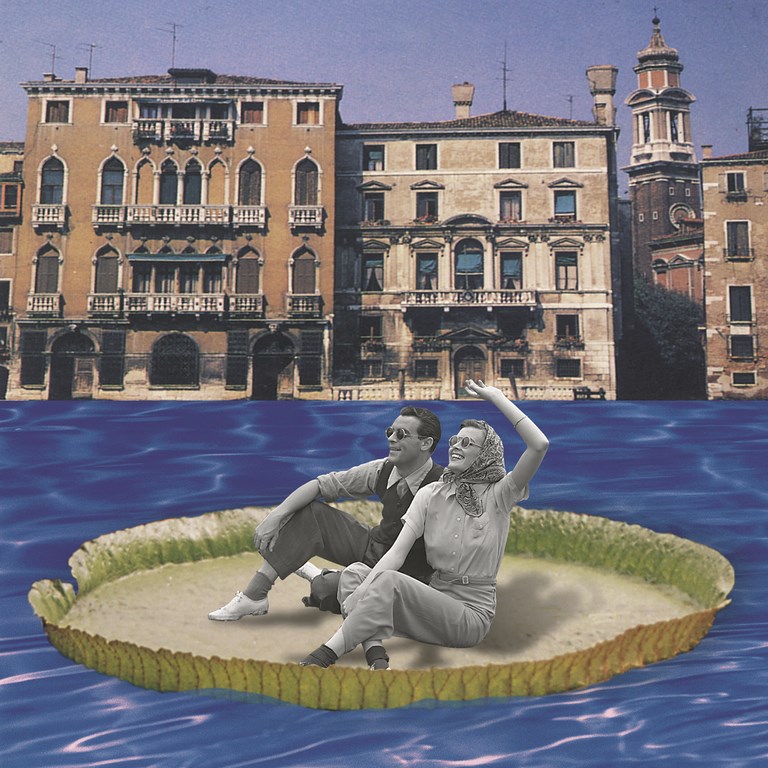 This past summer, I had the pleasure of traveling to Europe – specifically Northern Italy and Southern France. Along the way, I was lucky enough to see the lavender fields of Provence in peak bloom and many unusual and beautiful gardens. My travels were particularly rewarding in the region around Lake Maggiore in Northern Italy, well known for having some of Europe’s most beautiful gardens.

We started off by visiting the islands on the lake and their villas, complete with their classic-style gardens. The climate of the area allows for growing many of the plants I’m familiar with in Southern California, but the styles of the designs are much more formal and controlled compared to what is normally requested back home.

We visited a large garden bordering the lake in a town called Pallanza. Known as the Villa Taranto, the garden houses many exotic plants, some of which you would not expect to grow in an area where it snows and winter temperatures dip well into the freezing zone.

Villa Taranto was originally started in 1931 when Captain Neal McEacharn bought the property with the intention of turning it into the most exotic botanical garden in the world. He proceeded to bring in plants from all over the world, acclimatizing them (with much success) to grow in this unusual setting.

Embarking on our tour of the gardens, we expected to see plants we couldn’t identify or that looked quite different from anything we knew. We were disappointed at first, seeing lots of petunias, roses, dahlias and other “garden variety” plants. But turning the corner at the end of a long path, we spotted a greenhouse that seemed from a distance to be empty. Wandering over, we were shocked (and pleased) to find a large greenhouse filled with one of nature’s most fascinating wonders: Amazonian Water Lilies.

Victoria amazonica, known traditionally as the Giant Water Lily or Water Platter, was discovered in Bolivia in 1801. The largest of all the water lilies, each of its leaves can grow to seven feet in diameter with upturned edges to eight inches high. The plants bear flowers 18 inches across. Strictly nocturnal, they open only at night – and only last for two successive nights.

In the mid 1800s, this plant drew a tremendous amount of attention, resulting in special events and receptions to view it. In fact, the Missouri Botanical Garden saw a full one-third increase in attendance in 1894, the year it was lucky enough to have specimens of these plants on display.

The flowers of the Giant Water Lily give off a strong fruity scent much like ripe pineapple. (It is said you can smell the flowers from 30 feet away or more.) The plant has also been known to produce as much as two quarts of seeds from one flower; the seeds are highly nutritious and are considered a delicacy by native populations. 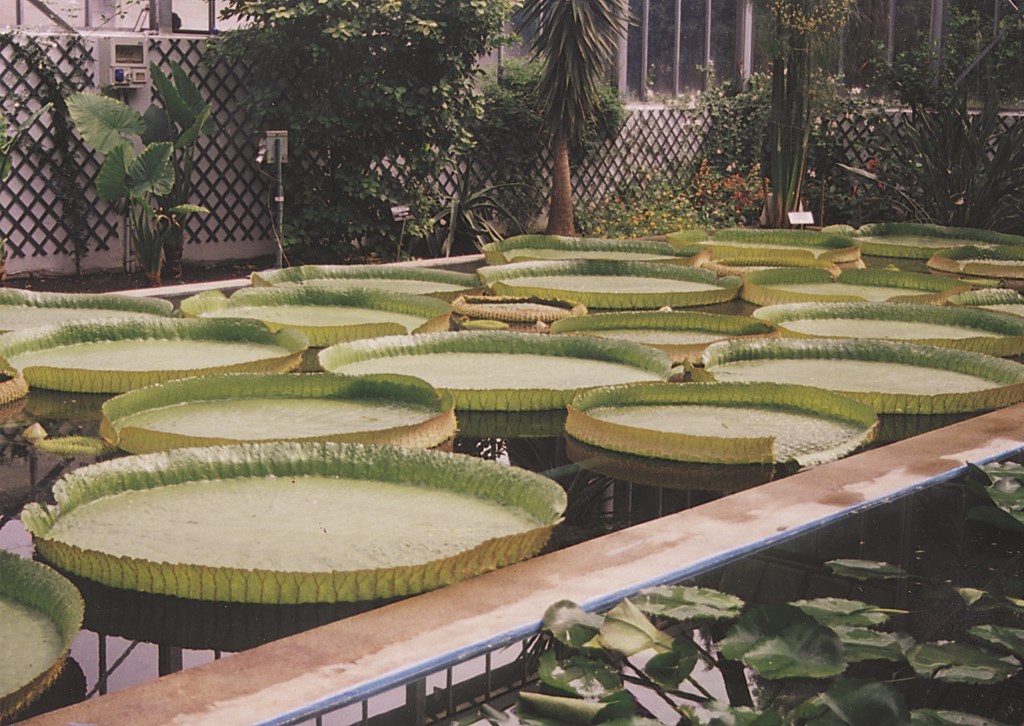 On top of all that, the plant also is known to grow up to eight inches in diameter in a single day. (This brings to mind Audrey in Little Shop of Horrors: So far, however, I’m happy to report that nobody has ever been swallowed by a water lily.)
The underside of the leaves are heavily veined and covered with sharp spines, so they must be handled with care. The intricate structure of the veins and spines along with the sheer size of the leaves is thought to be able to support significant weight. In fact, during the 1800s, photographs were taken of small children perched on top of the Giant Water Lily – although word has it that the children actually were supported on platforms.

Personally, I wouldn’t want to test the strength of the leaves in this manner for fear of doing real damage – but these specimens do give off a definite sense of sturdiness!

WHERE TO GROW THEM

If the climate’s right in your area, these are plants that will make major impressions in your ponds. As might be expected, however, that pond must be large to enable the plant to reach its full, mature size.

At a minimum, the pond must be 25 feet across, and the lily must be planted in a six-foot-square container that is 18 inches deep. You can plant them in smaller ponds and smaller containers, but they will not reach their fully mature size that way.

Here are some of the other planting requirements:

[ ] Maintain minimum water temperature of 70 to 75 degrees, which can be accomplished by heating the water if you live in a colder climate [ ] Plant in rich, loose, loam soil [ ] Plant at 15 to 18 inches below the water’s surface [ ] Plant in full sun [ ] Fertilize every two weeks with one pound of 20:20:20 water-soluble fertilizer per plant.

This definitely is not a plant for the lazy gardener. Unless you live in a tropical environment with minimum temperatures in the 60s, the Giant Water Lily must be grown from seed each year and requires constant repotting as it grows. As many of you know, however, there are some great water-plant propagators and pond services that will be more than happy to keep these specimens going for your clients.

These plants are definitely unusual and not something I’d consider suggesting to every client. But there is no doubt that Giant Water Lilies are spectacular and might be just the thing with clients who truly want something different in their ponds.

I can’t count the number of conversations I’ve had with clients who don’t want their yard to look like anyone else’s – and I’m certain you’ve had them, too. This is an opportunity to show them something that will make them stand out among their friends and fellow pond owners. If they have room for a large enough pond, if they want something truly unusual, and if they’re willing to consider hiring a pond service to keep these unique specimens going, then you’ve got a live one.

Look at it this way: If you build something that sets your client’s yard apart from most others, you will become known for your creativity and willingness to take on projects that others won’t. In an industry that seems too inclined to crank out similar projects in conventional ways, taking a different tack can only improve and increase your business and make you stand out as well.

Next month: More about water lilies that don’t require mammoth-size ponds to grow and that will work well with a lot less care than the Giant Water Lily.