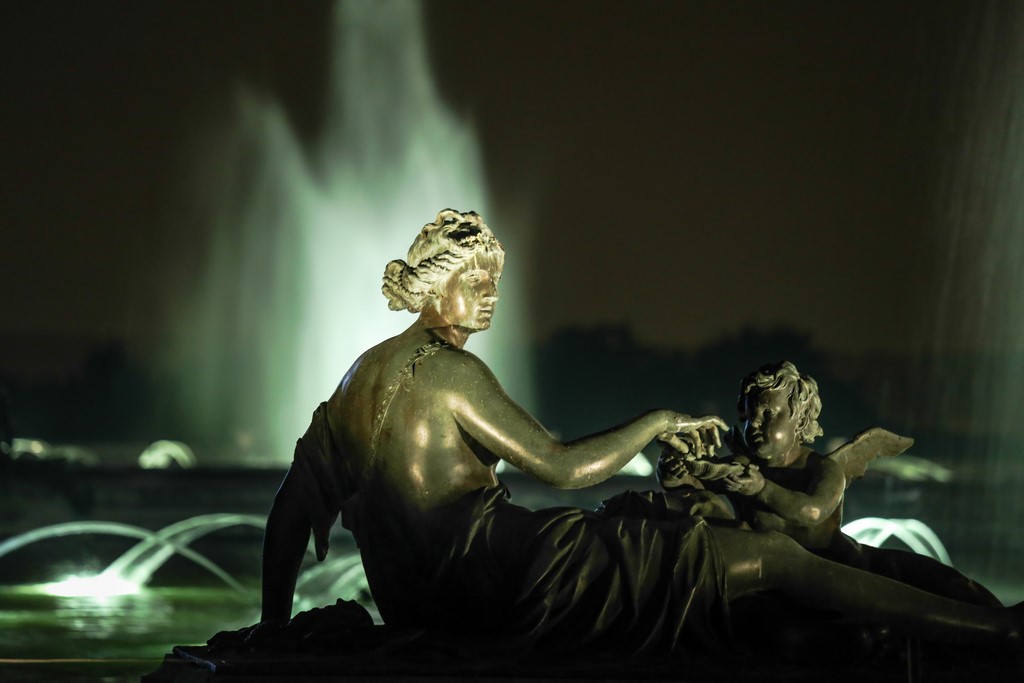 For much of human history, those with power and wealth have been willing to put both on display in the places they choose to reside. There are palaces and great houses all over the planet, each one testifying to the grandeur of its owner and the talents of the architects and designers brought in to turn grand visions into actual structures and garden spaces.

Often, those commissioning these conspicuous projects were members of royal families, out to make strong statements. That was certainly the case with Louis XIV of France, whose elevated ambitions are still on display in a suburb of Paris known as Versailles. It was here in the 17th Century that the “Sun King,” as he styled himself, glorified his majesty by building a grand chateau meant to intimidate, delight and overwhelm anyone passing onto the grounds.

It was design on the scale of Egyptian pharaohs and Roman emperors, but in the case of Louis XIV, it was spurred on by a touch of regal envy.

A few years before Louis turned his attention to the family estate at Versailles, his finance minister, Nicolas Fouquet, had built a grand house at Vaux-le-Vicomte. A self-aggrandizing fellow who lived opulently by keeping a large, sticky hand in the king’s purse, Fouquet fell into disfavor in 1661 – doubtless something to do with having used the king’s money to build his chateau – and spent the next 19 years in prison until his death in 1680.

The house Fouquet had built with royal funds was magnificent, however, and gave the king ideas of what he might do at Versailles. So Louis commandeered Fouquet’s excellent design team – architect Louis Le Vau, painter Charles Le Brun and landscape architect André Le Nôtre – and tasked them with transforming the Versailles estate into something suitable for an exalted monarch.

The resulting house is, of course, amazing, but the gardens that surround it are truly sublime and will be the focus here. When it comes to watershaping, there are few places on earth that come even close to rivaling the Gardens of Versailles in the inspired use of fountains and various other watershapes in making statements about power, wealth and majesty. 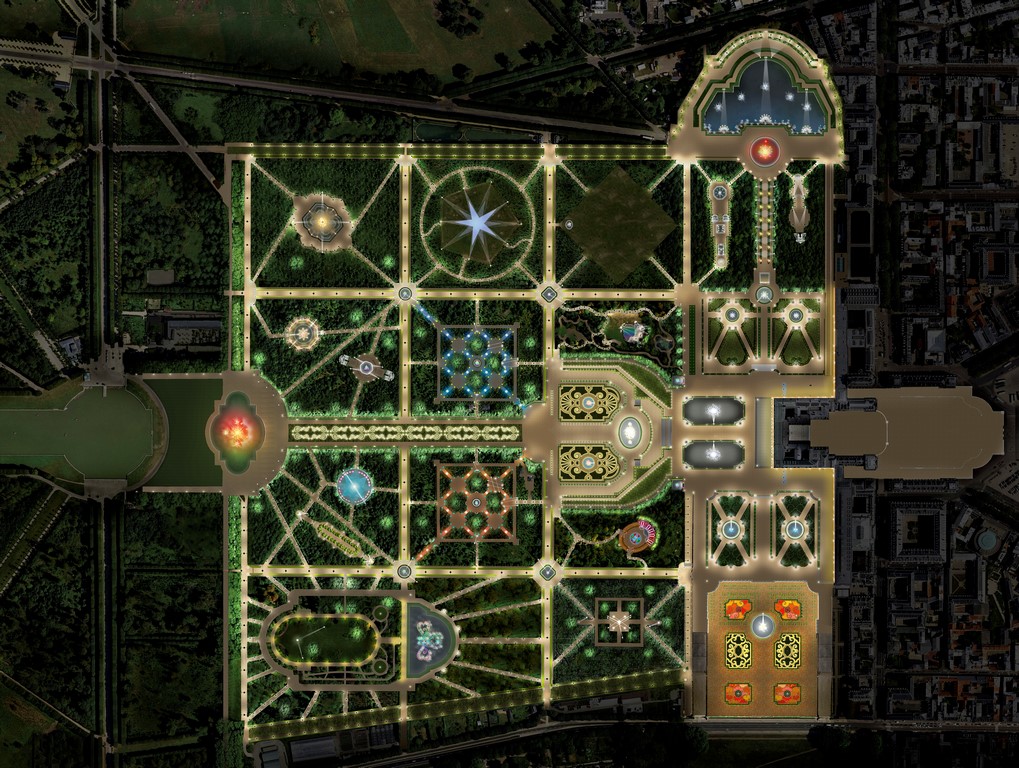 These gardens once served as the setting for Louie XIV’s unmatched social gatherings, during which the king would dazzle guests by lighting the space for an evening’s entertainments through use of thousands of candles. That was incredible in, say, 1695, but in the years since, those maintaining the estate – at first for kings but now for the people of France – have tried to find better ways to illuminate these spaces and the fountains after dark.

It is a current, ongoing effort to modernize this regal atmosphere that led to our company, Crystal Fountains of Toronto, Ontario, Canada, being called in by Chateau de Versailles Spectacles, a public agency charged with maintaining the gardens as an outdoor entertainment space, to help the gardens rekindle their former glory through judicious, understated use of modern technology.

It’s been a three-year project focused on renovating the ways in which of the Garden’s most famous statues, sculptures, and fountains are put on display by day and illuminated by night. The gardens in question cover more than three square miles, so the work has been split into multiple phases that are gradually enriching the visitor experience and reinforcing Versailles’ position as one of the world’s most popular destinations.

Phase One of the Versailles renovation was completed in 2014 and had to do with illumination of the garden’s statuary and greenery as well as the palace’s façade. Our part of this program included the lighting schemes for seven of the garden’s 50 waterfeatures, including some of the most prominent among them.

The goal here was to transform the look and feel of the garden’s Grandes Eaux Nocturnes, a nighttime fountain show that gives today’s guests the opportunity to stroll through the gardens and explore the groves and artwork before witnessing a spectacular fireworks display over the estate’s Grand Canal. 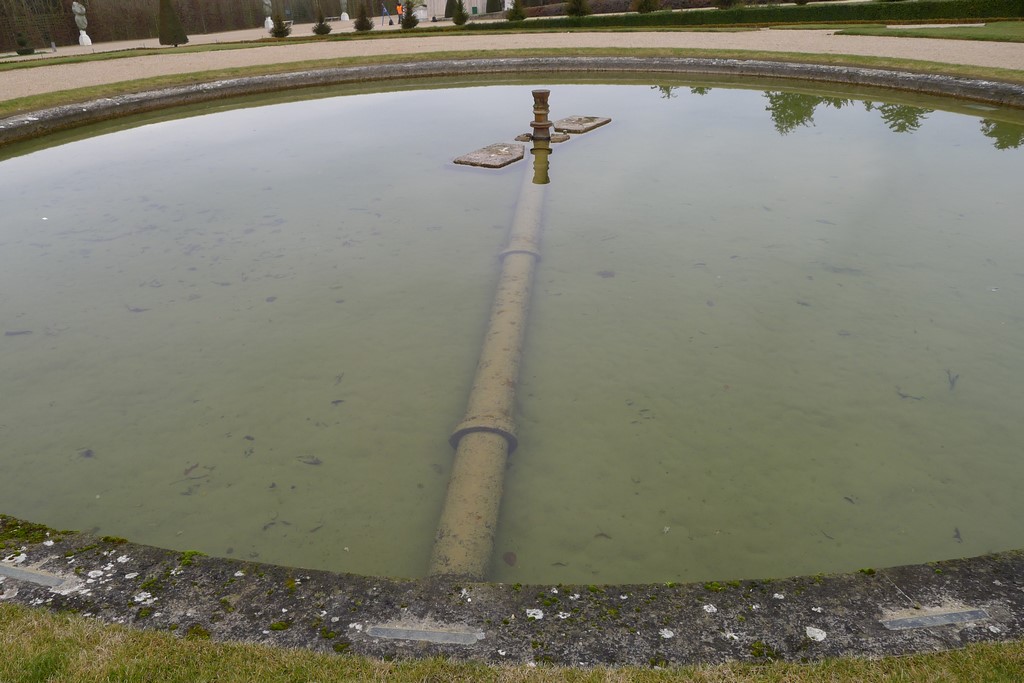 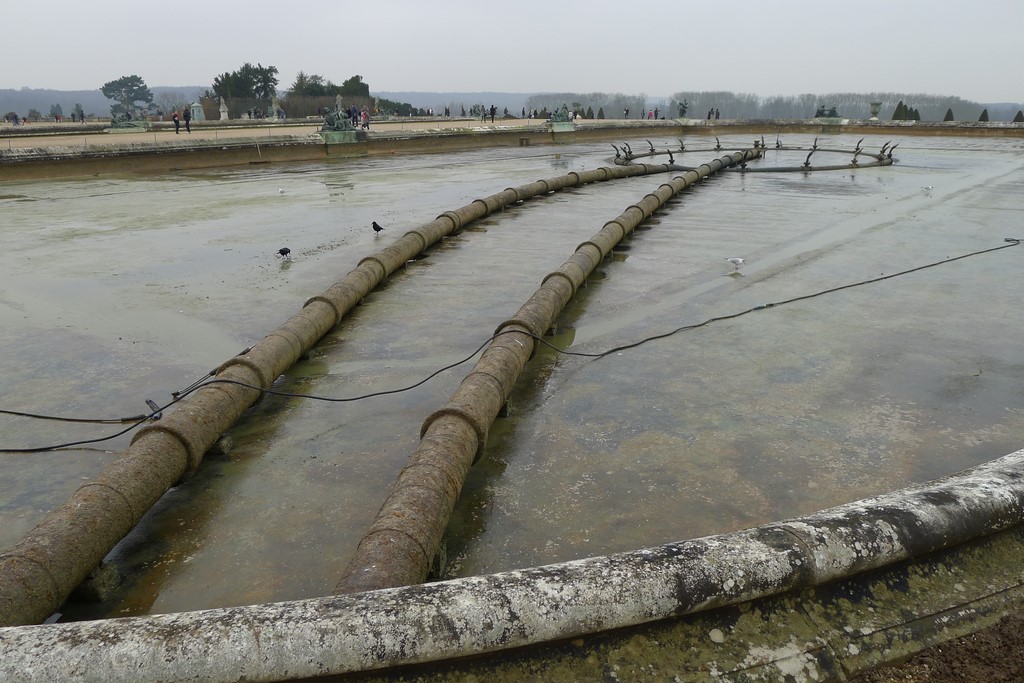 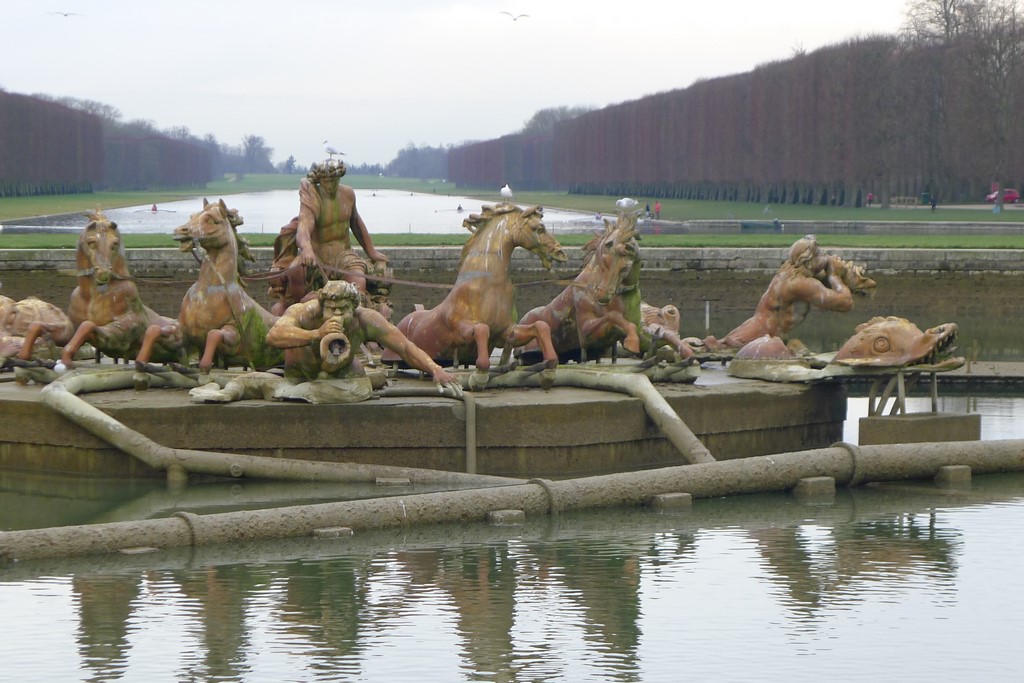 Among the most famous of the garden’s waterfeatures – and a focal point of the nighttime show – is the Fountain of Apollo. Designed as a tribute to the Roman sun god (and an obvious nod to the glory of the Sun King), the fountain depicts Apollo emerging from the sea at daybreak in his four-horse chariot to carry the sun aloft for a time.

To upgrade the illumination of these fountains, we custom-fabricated LED lighting fixtures to match a highly specific color palette required by LEA. The color capability wasn’t an issue, as the LED diodes can typically be used to deliver millions of distinct colors; the challenge came in enabling LEA to fine-tune the LEDs with unusual precision, all in accordance with their vision for the gardens.

At the time the project started, the seven waterfeatures were all being lit from beyond the fountain basins, essentially by powerful incandescent lamps beaming in from trees and structures outside the water. The resulting illumination was uneven at best and created unwanted shadows that reduced the nighttime visual appeal of the sculptures on display amid the jetting water.

The inclusion of modern LED lighting within each fountain basin changed all that, significantly increasing the illumination quality for the water effects and the ability of visitors to appreciate the magnificent, dynamic sculptures within each feature after dark. These lights are now submerged, fully surrounding each jet and providing satisfyingly uniform lighting effects.

THE WEIGHT OF HISTORY

As might be expected when working in such a significant, historic space, implementing the new lighting systems for these seven fountains in the Gardens of Versailles was not without its challenges.

For one thing, the infrastructure supporting the water supply systems within each fountain had to remain unaltered by the renovation. Those systems, all fed by gravity, were the product of 17th-century hydraulic design and have long been treasured as an engineering marvel. 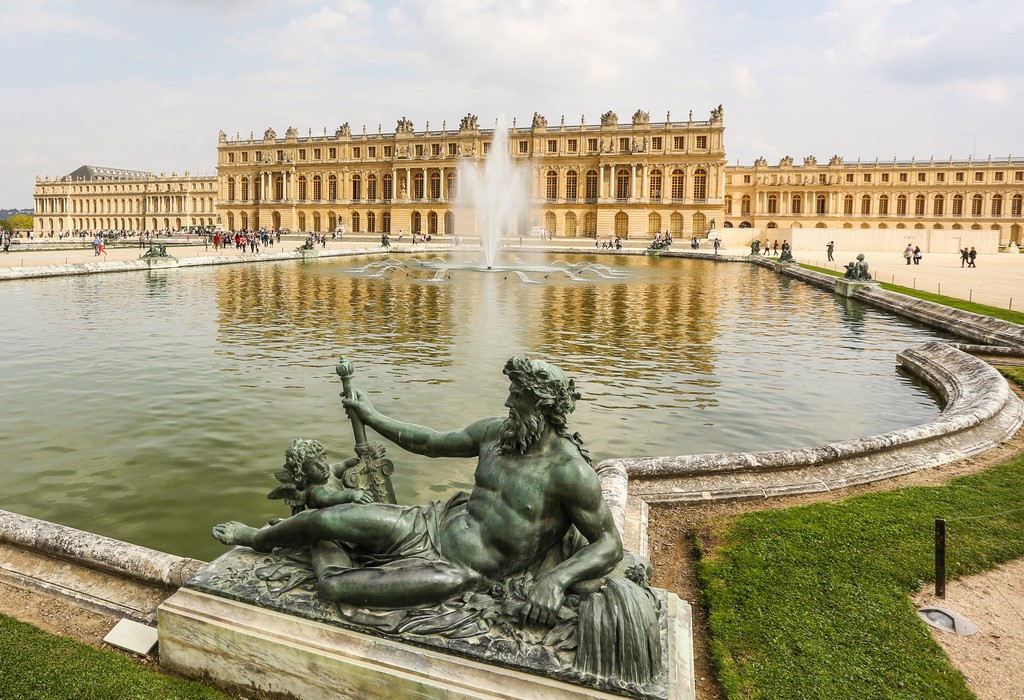 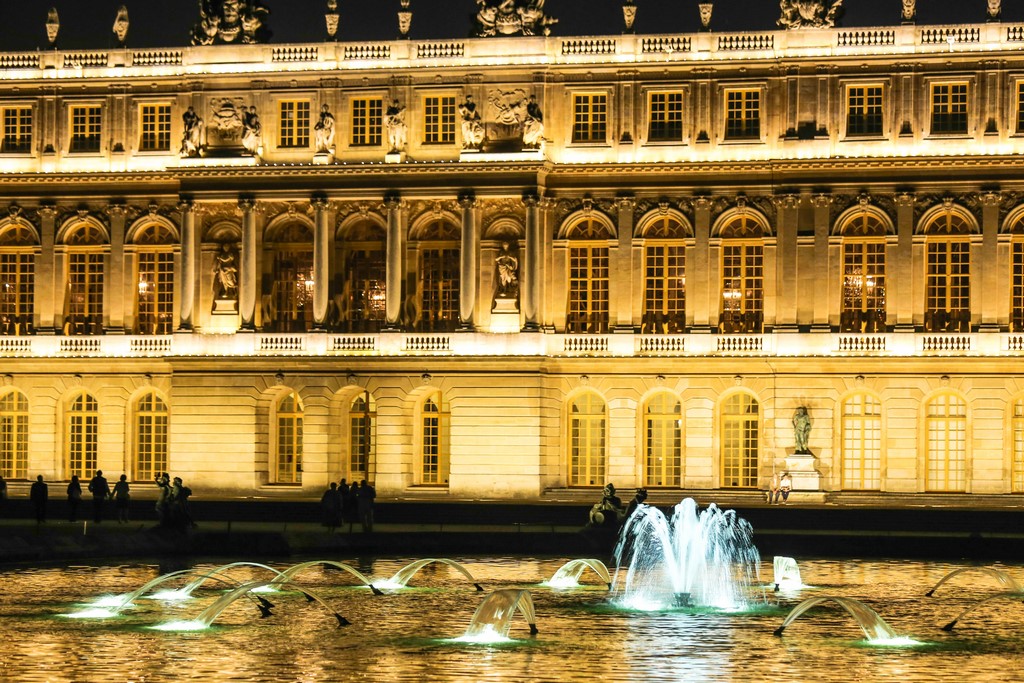 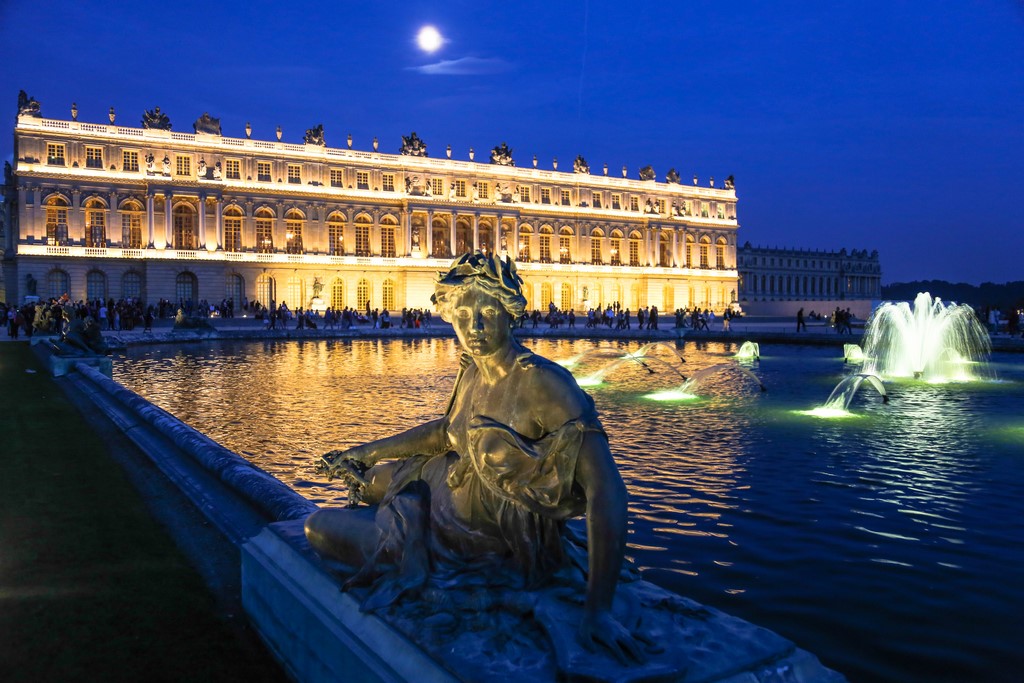 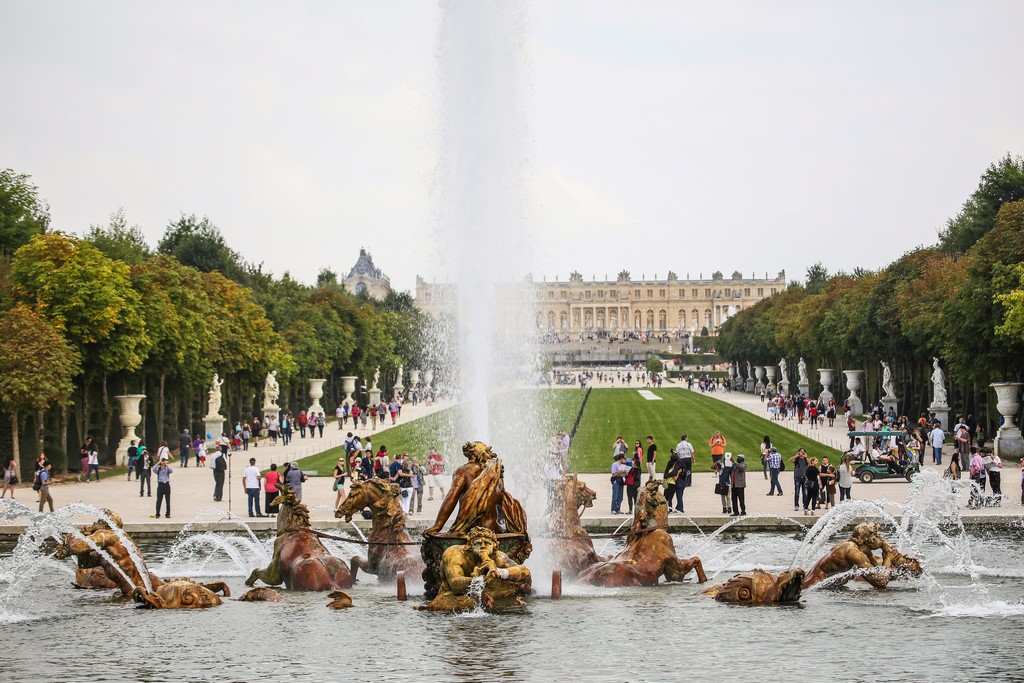 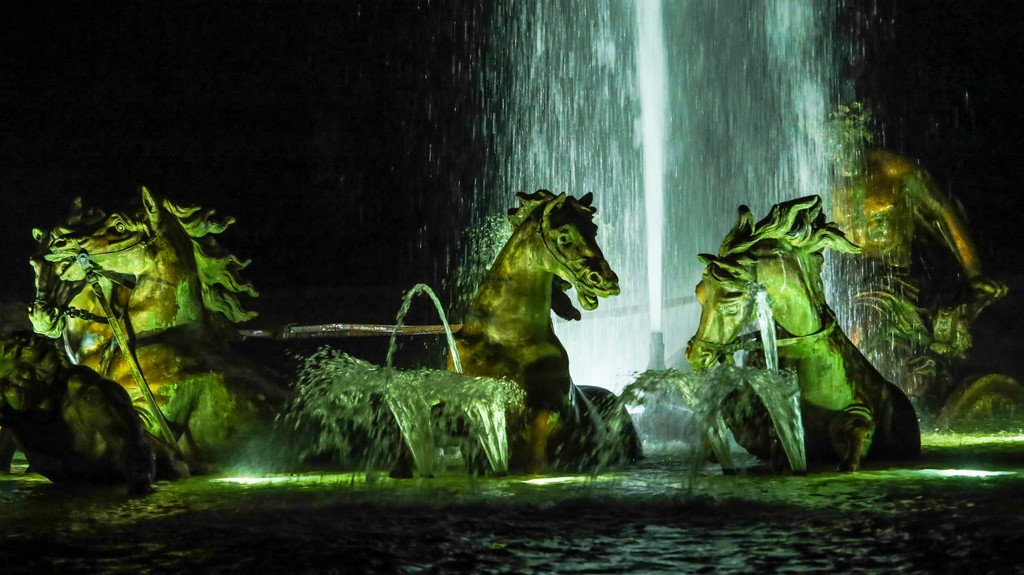 To ensure the original components were undisturbed, we worked together with LEA to design custom stands for each new light that allowed the LEDs to rest atop the archaic fountain mechanisms without impinging on their function or in any way compromising their integrity. Suffice it to say that the installation process was intricate – and that it all came together without any significant hitches.

As designed by Le Nôtre in 1662, the gardens have changed very little throughout their storied history. With each step in Phase One and, as we’ll discuss next time, continuing into Phase Two, all of us were aware that the upgrades we were making were the most significant alterations the gardens had experienced in more than 300 years.

To say we were as awestruck as most of Louis XIV’s guests would have been in, say, 1695 is a dramatic understatement, but we like to think that even his discerning royal eye would have been happy with the results.

Next time: Phase Two and our work on the amazing Latona Fountain.

For a brief video on the nighttime spectacle at the Gardens of Versailles, click here.

David L’Heureux is co-owner and director of business development for Crystal Fountains, a supply/design company based in Toronto. A graduate of Seneca College and a 35-year veteran of the fountain industry, he has experience on all levels of educating and supporting aquatic designers, landscape architects and builders, developing custom solutions for a wide variety of projects from residential waterfeatures to major metropolitan fountains. He has been involved in many high-profile projects through the years, including the Crown Fountain in Chicago and the sequencing waterfeature at Cairo Festival City in Egypt. For more information, visit www.crystalfountains.com.
.