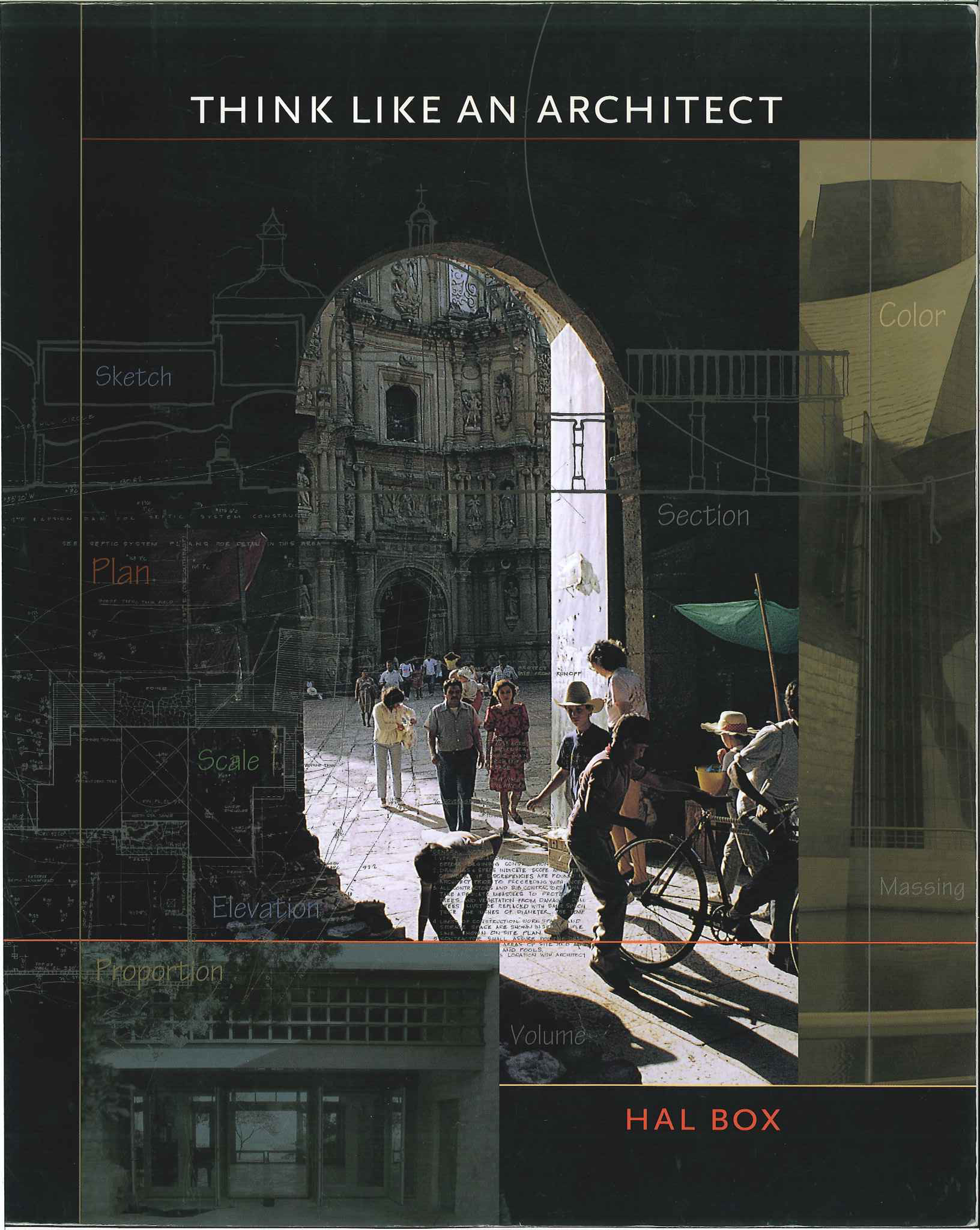 It might sound a bit strange to put it this way, but when it comes to design work, one of the most useful things you can do is to think about how you think about design.

If you’re like me and have been working as a watershape designer for more years than you care to count, much of what you do is now second nature. But if you think back to the way it was when you first started – and if you’re anything like me – little or none of what you did felt natural or easy. In my case, I had to process every step methodically, sometimes awkwardly and even painfully on occasion.

That’s why I wish, back in those early days, that I’d had a copy of Think Like an Architect by Hal Box (University of Texas Press, 2007) at my disposal. In fact, of all the books I’ve read through the years, this 210-page text rocketed into my top five most valuable resources I’d recommend to a young designer.

Box is both an accomplished architect and a professor of architectural design at the University of Texas, and my guess is that he developed this book to show as a means of showing the ropes to entry-level students. (I’d bet he’s a terrific instructor.) I ran across it by chance while exploring amazon.com, noticing that it had received a five-star rating.

(In all my years of finding books through Amazon, I’ve seen perfect ratings so infrequently that I decided to place the order on the spot.)

What I received shortly thereafter is one of the most insightful descriptions of how to think about design – any type of design – that I’ve ever read. From beginning to end, Box offers practical, profound insights into the creative process – so much so that even the passages that seem completely basic are presented in such a way that they still challenged me and deepened my understanding of the nature of creative thinking.

Much of the book is organized around 16 letters he’s received through the years posing a number of fundamental questions, including “How do you start?” and “Where do ideas come from?” In answering these questions, Box covers the process of design from wall to wall. And although he is dealing mainly with buildings, it’s no stretch at all to see how his responses cover all forms of design.

In response to one question, for example, he lists points to consider during the initial design phase, including where not to build, traffic patterns, sources of sun and shade, color selections and more. He also emphasizes the value of visualization; of working with all of the senses and not just sight and sound; and of understanding the character and feel of the design.

In another section, he discusses the importance of seeing great designs with your own eyes and lists a number of sites that all of us should visit, from Philip Johnson’s Seagram’s Building in New York; Thomas Jefferson’s Virginia home, Monticello; Frank Lloyd Wright’s Guggenheim Museum in New York; and several less-renowned places such as the Chapel in the Woods. (This last one is located in my hometown of Denton, Texas. I’d never heard of it before, but I’ve since made up for my transgression.)

I could go on at great length about this valuable little book, but suffice it to say that Box gives us all a tremendous set of lessons about understanding how we regard the design process and guidance in ways we can sharpen our focus. Among the many great resources I’ve described in WaterShapes through the years, this is one I cannot recommend highly enough: It cuts to the very core of what we do and how we do it.