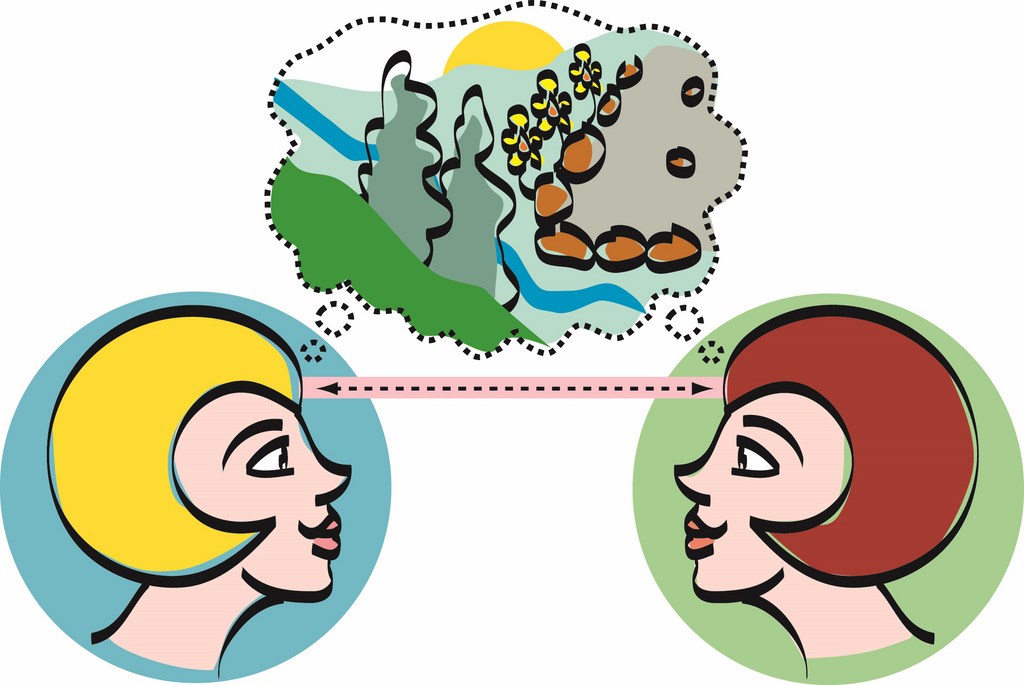 I’ve had the pleasure over the past few years of working with a client who ultimately has become a good friend – and with whom I created a very unique garden. The process of designing the space was lengthy, but it afforded me time to truly understand my client and her wants.

As we progressed, many issues arose that needed to be addressed; over time and at many points, patience was indeed a virtue. Her yard had existing structures as well as large Eucalyptus, Pittosporum and Chorisia trees and other plantings along with features that dictated much of the final style we achieved. From the start, however, it was clear that she wanted something different from her garden than she’d seen anywhere else.

This left us with questions about how to implement her unique style and how to maneuver around the obstacles and challenges we encountered along the way. In the end, the two of us worked to achieve something of which we are both very proud. Here’s the story.

My client was in the midst of building a spa/pond combination when I was called in. During our first meeting, she told me she wanted:

• an “Asian” look without sticking to the strict principles of planting a Japanese garden but using plants normally seen in Japanese gardens, such as maples, junipers, pines, and bamboo

• a natural-pond look with the edges blurred by plantings

• a back slope different from the pond area, mainly featuring natural cutting perennials

• a front yard that needed to be a blend of all the backyard areas (Asian, cutting perennials and tropicals)

• a rose garden along the front driveway, separate from everything else

• plenty of herbs and some vegetables

• “No blueprints,” she insisted. “Let’s decide exactly what to do as we are doing it!”

So how do you mix Asian features, natural cutting perennials, roses, unusual plants, herbs and vegetables along with pond plants? By spending a lot of time learning and listening and by having lots of patience!

This process of conversation and discovery went back and forth for about six months. That may seem a very tedious and time-consuming interval, but it gave the watershaper time to finish the spa and pond and gave us time to make some suggestions about plantings and discuss how those ideas affected his work.

While looking at styles, we also identified an initial palette of plants to work with, then put together lists broken out for various areas of the yard.

Then, at last, we were off to look at plants. During the next six months, we must have visited about 20 general nurseries, specialty nurseries, botanical gardens and arboretums – any place we could find plants to suit my client’s desires. At times I began to feel like we were searching for things that didn’t exist; I had to keep reminding myself to be patient and that this was to be the hardest part of the job. 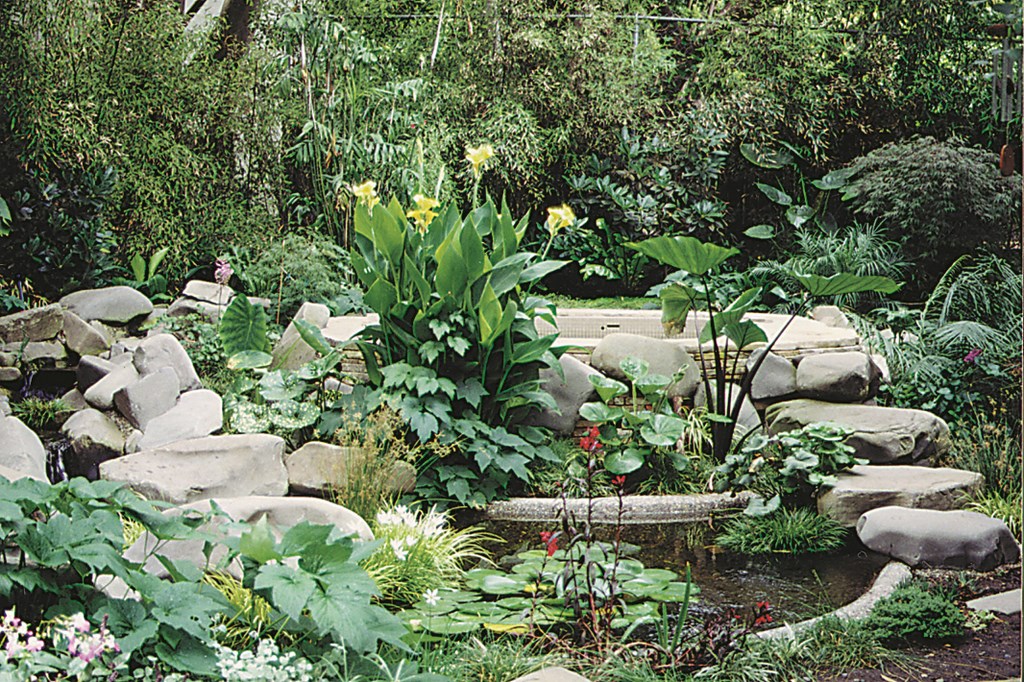 I also knew that by learning as much about what she wanted as I could, I would be better able to reconstruct the picture she had in her head and turn it into her garden.

While on these excursions, we identified many plants that we would never have found anywhere else. We should have bought some of them when we had the chance: Unfortunately, some weren’t available when we were ready to do the actual installation.

That’s a key point: Many plants are only available seasonally and are not sold when dormant. Or maybe the supply gets short, but the growers have to wait to make them available to the nurseries. Or maybe it’s simply supply and demand: If there’s not enough call for a particular plant, they won’t grow it or stock it. (By the same token, if a plant gets “hot,” they’ll raise the price and sell it at a premium!)

It’s important to recognize that growers and nurseries are also at nature’s mercy: They may have to wait a while for their inventory to build. Many people don’t recognize that this is the case: They get impatient and end up planting something they aren’t really excited about instead – only to rip it out later when the plant they wanted is for sale.

Back in her garden, if we felt a plant was important, we placed a stake to mark a location for it, took our time and bought it when it became available from the nursery. Yes, it could be a tedious waiting game, but it’s always worth waiting to plant the right plant in the right place.

When we had the final plant lists and were ready to decide quantities and locations, the biggest question was still to be solved: How could we effectively mix Asian, perennial cutting, roses, tropical, and the “don’t seem to go with anything” plants?

We started by taking the most distinctive area of the yard and working out from there.

The spa/pond area was our choice – and had a lot of rock that needed to be softened. We started by placing maples at various locations around the watershapes where they would be prominently displayed.

Next, a backdrop of black bamboo served three purposes – screening out the neighbors, sending the sound of water back into the yard as it tried to escape, and framing the area with an Asian look. We added junipers and smooth groundcovers to the foreground, then placed tropical plants and rushes to soften the formal look of these plants. The result was a blend of tropical and Asian looks. 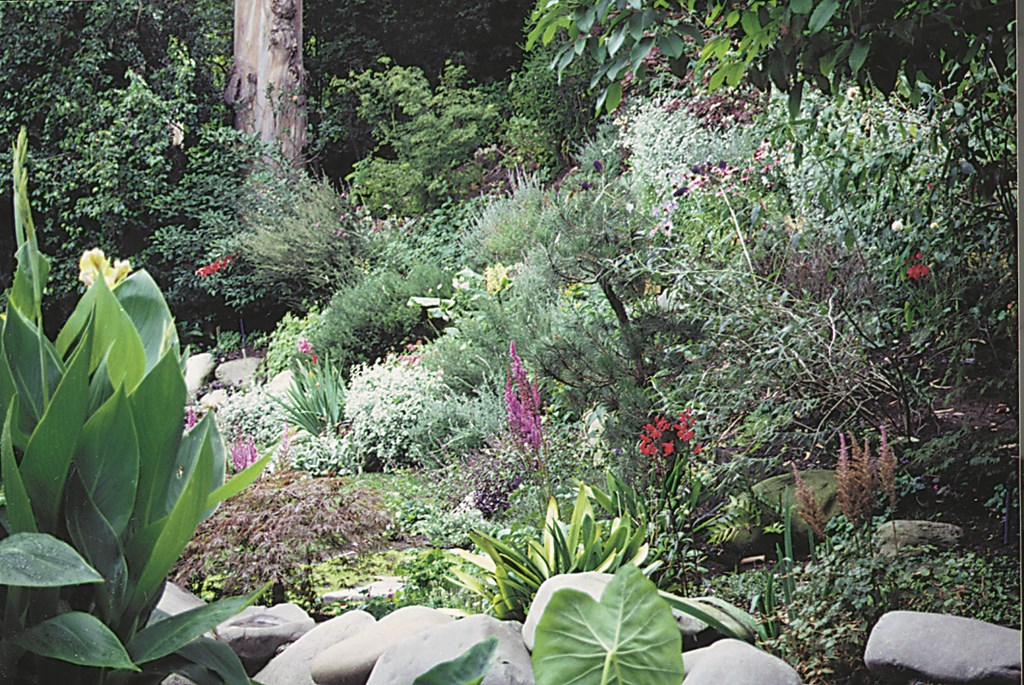 Spots were left to add in the unusual plants. In many cases, we purchased just one of these plants: She wanted to see little one-of-a-kind “surprises” all over the place, popping up at various times during the year.

We also added herbs to this space. Chives have a very grassy look, similar to the rushes we placed at the edge of the pond. We used different varieties of basil, sage and thyme to blend in with the larger tropical and Asian plants, either as accents or to fill in the spaces. Purple opal basil is great in salads, and it looks great next to bright green scotch moss.

With the planting done around the watershapes, we moved on to the slope. This particular slope is very steep and can be seen from everywhere inside the house. As you’ll recall, she wanted the slope to be mainly cutting perennials with a natural look – but not chaotic.

To blend this with the adjacent Asian/tropical watershape area, we created a transition from the shady pond area to the sunnier slope area by using maples, angel wing begonias, junipers and some of the tropical plants used in the pond area.

Repeating many of the plants in this divider area up on the slope served to create continuity. Plants such as Abutilon, irises, junipers, herbs and maples can do double duty in both these areas, working with either style and bringing cohesiveness to the design through repetition.

The color scheme is another element that can bind different styles together. We stuck mostly to pastels (with a few exceptions) and avoided oranges and certain reds.

My client had originally told me that she hated anything common, but eventually she insisted on having white daisies and even hoped we would put in some agapanthus. After spending a year and a half figuring out what she wanted, I had to put my foot down (good naturedly, of course) and insist that something about these two plants had to be unusual or different from the norm.

As it turns out, we found white daisies with a pale pink/beige center. (We knew it was the right plant when two other customers at the nursery tried to buy this “last of its kind” plant off of us as we were leaving. It felt great turning them down!)

And there was no way I was putting ordinary agapanthus in this yard. Again, we were both happy to find a variety of variegated agapanthus that we could place in a shadier area to brighten it up. 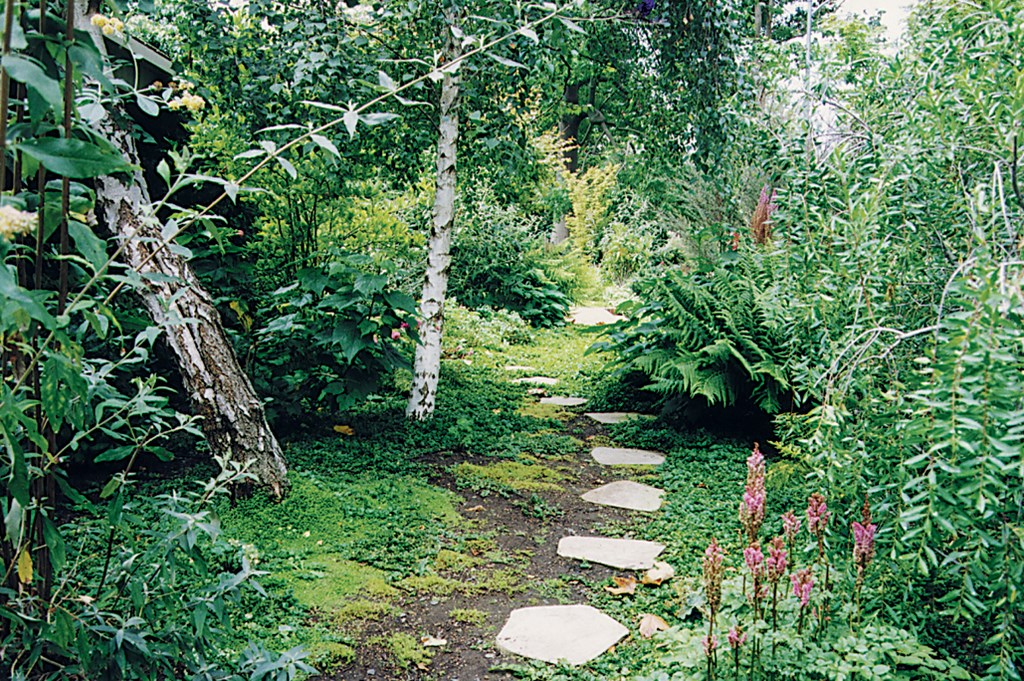 We then sculpted a pathway from two-foot sections of railroad ties and rocks left over from watershape construction. This helped pull the overall look together even more. Plants were then placed in a pattern on the slope, leaving pockets to emphasize unique specimens or unusual varieties of more common plants. For example, we chose five roses with either outstanding or unusual color – Intrigue (dark magenta), St. Patrick (green), Brandy (just like the drink), Dainty Bess (a five-petal pink rose) and Mr. Lincoln (red). I objected to the Mr. Lincoln on principal as being too common but was told it was one of her favorites. I had to give in.

These roses also tied the backyard design to the front yard. Now, even though the back and front yards are distinctly separated by fences and walls, we’ve unified the looks by repeating elements in both areas to build overall continuity.

The final planting is a very full one and has taken a couple of years to fill in. This is another exercise in patience, but it’s also a practical issue for the landscape designer who should perform regular check-ups to be sure the balance and continuity of the design are maintained as the plants mature.

Gardens are built through many years of nurturing and trial and error: Not everything you put into the landscape will survive. Plants may succumb to poor watering, soil conditions, climate or various other conditions – including dogs or rude houseguests!

As the accompanying photographs show, even styles that initially seem quite opposed can be drawn together by identifying and using versatile plants that work in different styles and by repeating their use to pull the whole yard together. Repeated colors and other features (such as rocks) also will strengthen the flow of the design.

THE CASE FOR COLLABORATION

Beyond our creation of something unique, this story is about the value of working closely with a client.

If you are compatible with your client, this collaboration becomes a kind of marriage with the purpose of creating a work of art together. Food, talk and plenty of time spent together ultimately led us to create something unique – and she’s told me that it is now exactly like the picture she had in her head. That’s where the patience pays off and the satisfaction begins.

I hope you have similar experiences with your clients.