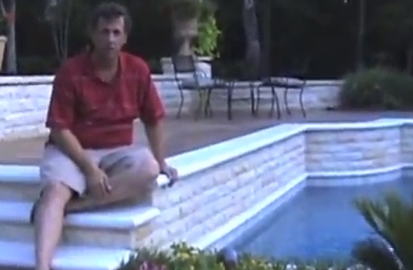 Among all of the details included in residential swimming pools and spas, some of the most apparent and most easily explained have to do with safety. But that doesn’t mean that homeowners will get the idea on their own – especially when they confront a detail as subtly useful as a finger ledge.

The interesting thing is that kids seem to catch on almost immediately. If they’ve crossed the pool for whatever reason, it’s as though they’ll instinctively reach up and grab hold of the finger ledge. They also quickly figure out where the benches, steps and any other features around the pool are that will give them a means of pulling up and catching their breath.

By contrast, I often have to explain to adults what these details are, why they’re there and why they’re important. Maybe the grownups are capable swimmers, or maybe it’s that they can just stand up on the bottom most of the way around the pool. Whatever the reason, I find that homeowners often require a few words of explanation about these features.

As I see it, this gives me a golden opportunity to reassure them that kids are safer in the water because the people who design and build pools and spas have already thought these things through. In my book, that’s pretty cool.

To see a brief (and shareable) video on the subject, click here.