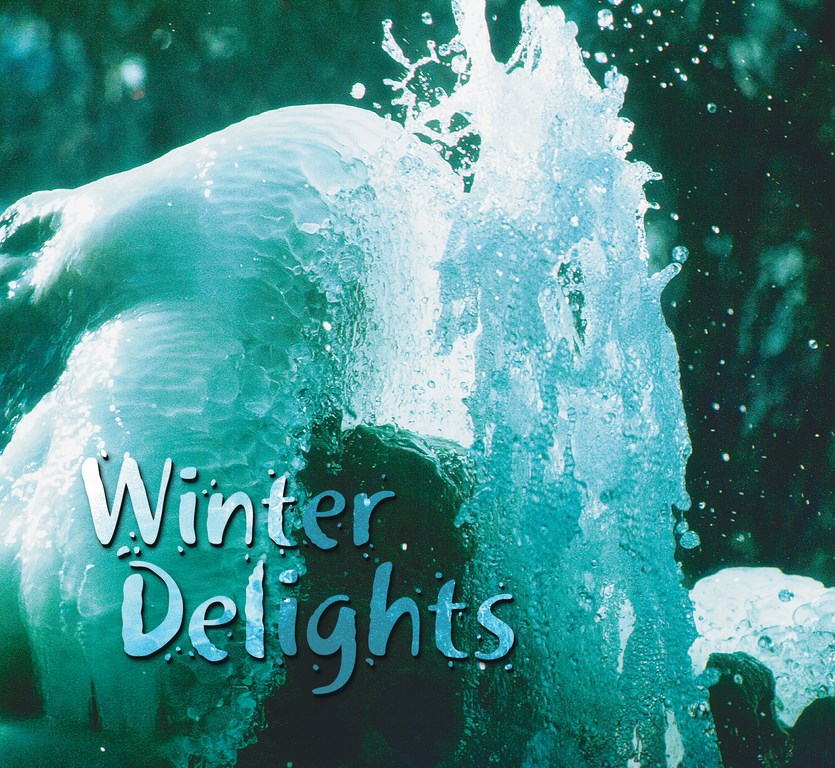 An important part of creating a human environment in harmony with nature is planning for and designing with the cycle of the seasons in mind.

At our company, the Dirsmith Group, we operate with the belief that a blending of fine architecture and landscape design into our natural environment, in careful harmony with human beings, demonstrates both a reverence and a respect for nature. The result of this blended environment is that people feel good: They enjoy being in the space, and we believe it enriches the human spirit.

When it comes to working with the seasons specifically, that’s easier said than done in some locations – such as Chicago, where we live and work. Watershapes here are not typically enjoyed year ’round: Swimming pools are drawn down and covered for the winter, for instance, and public fountains are decommissioned for the season as well. Yet much to our surprise, we’ve found in recent years that the freezing cold of winter has become an environmental factor that is very much in play in our fountain and waterfeature designs.

It happened by accident, as we were observing icy shapes forming in and around natural streams and then soon thereafter in fountains we’d designed. And it didn’t take long before we saw that we could harmonize our work with winter’s cold. The result is a new class of “winter fountain” highlighted in this article that is able not only to function during winter, but is able to play host to a glorious dance between the work of man and the imagination of nature.

As is true in so many aspects of landscape design and environmental art, the inspiration for our freezing fountains and waterfeatures began with nature herself in the course of a wintertime walk along a mountain stream. We noticed that moving water found amazingly intricate and interesting courses through the ice and snow. Back home, we observed the same sort of interaction in a fountain at our Highland Park design studio.

On the simplest conceptual level, we came to appreciate the fact that moving water does not freeze – a simple observation of truth that enables a fountain to operate in the presence of ice if certain design and construction pre-conditions are in place (see both sidebars accompanying this article for details). After watching mountain streams and the forms that accumulated around our own fountain, we began to think of this as something that could be done deliberately. 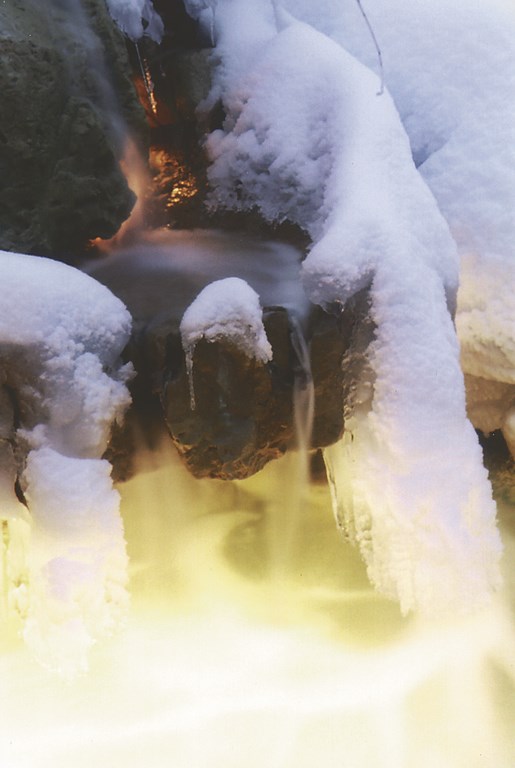 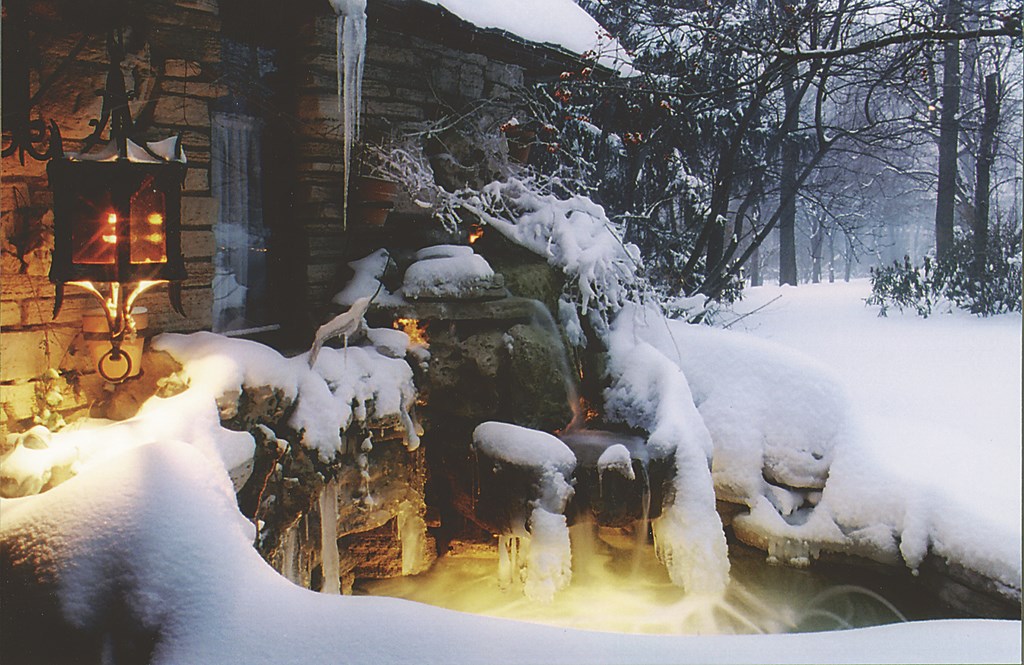 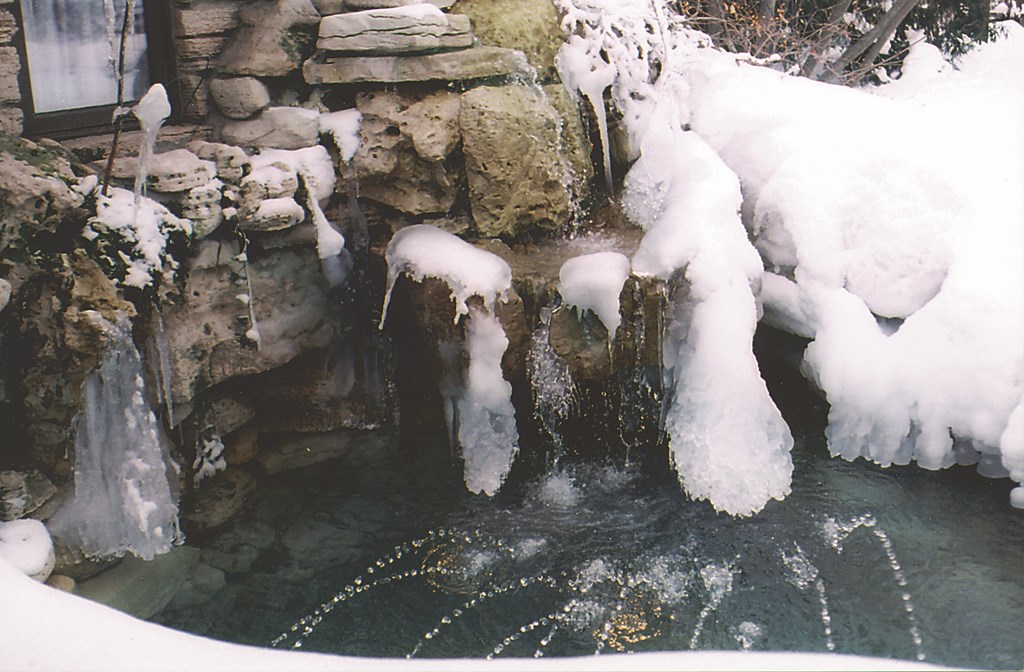 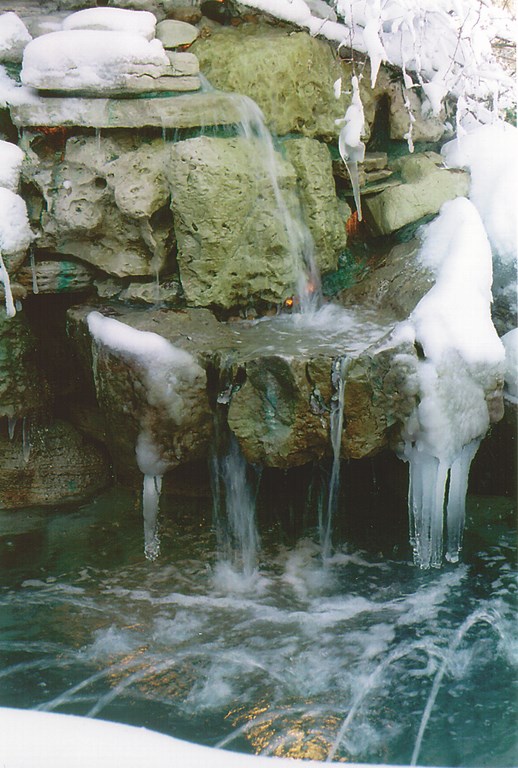 Of course, making an observation and convincing clients of the viability of an idea are two different things, and we’re the first to admit that only a handful so far have embraced the notion of a fountain in winter. Nonetheless, manipulating the effects of snow and ice on watershapes is now part of what we do and part of the discussions we have with clients looking to adorn or enhance the environments of their homes or offices with aquatic forms.

None of our prospects so far has ever heard of or considered such a thing before, so it’s always unexpected – but some of our more open-minded clients have latched onto the concept with real excitement.

What we and this forward-thinking group of clients can see is that as winter progresses, a winter fountain does its own, ongoing sort of “sculpting.” Day by day, the forms change as water freezes, melts slightly and then re-freezes. There’s also a delicate, wonderful interplay with light and wind and drifting snow as icicles, drifts and plumes of frozen spray are interlaced with channels and contours made by the flow of the moving liquid.

And although we’ve only just begun to witness and learn about all of this, we have a sense that we’re coming to know some of the forms that will emerge and are now becoming attuned to some of their secrets.

So far, we’ve found a good bit of fun in designing aesthetic effects with freezing in mind. Naturally, you can’t anticipate everything that will happen or what forms will emerge as cold weather advances through the season, but we’re convinced already that you can guide the process.

The most spectacular forms occur with mist and overspray. During times of extreme cold, these airborne water droplets and particles coalesce to form a range of veils, hoods and eruptions. 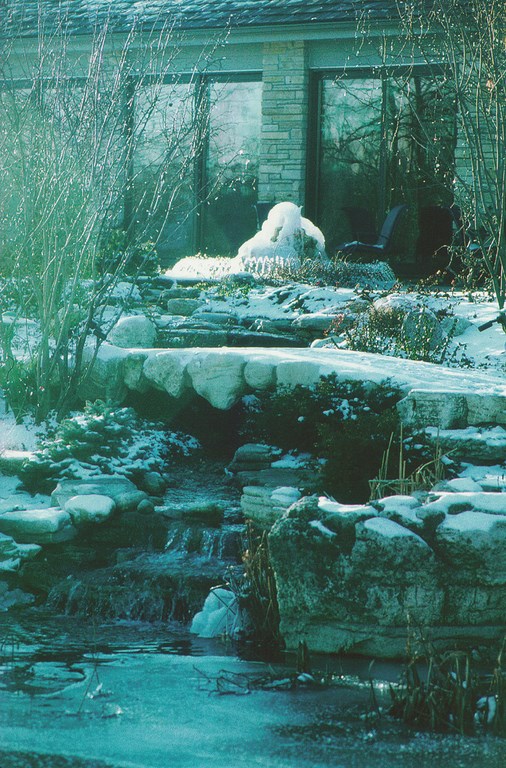 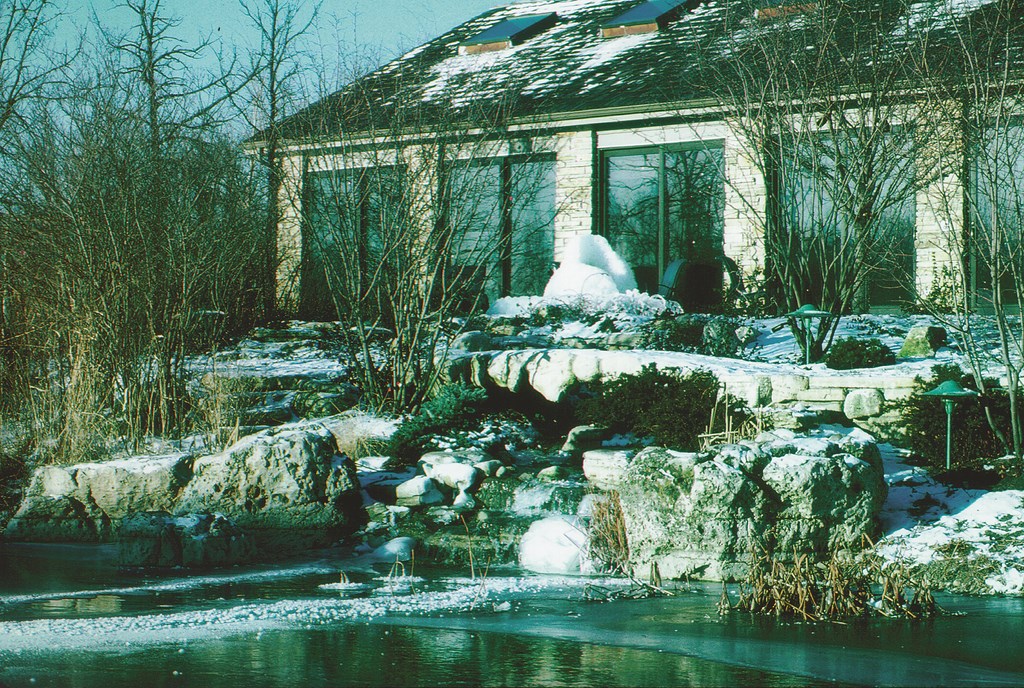 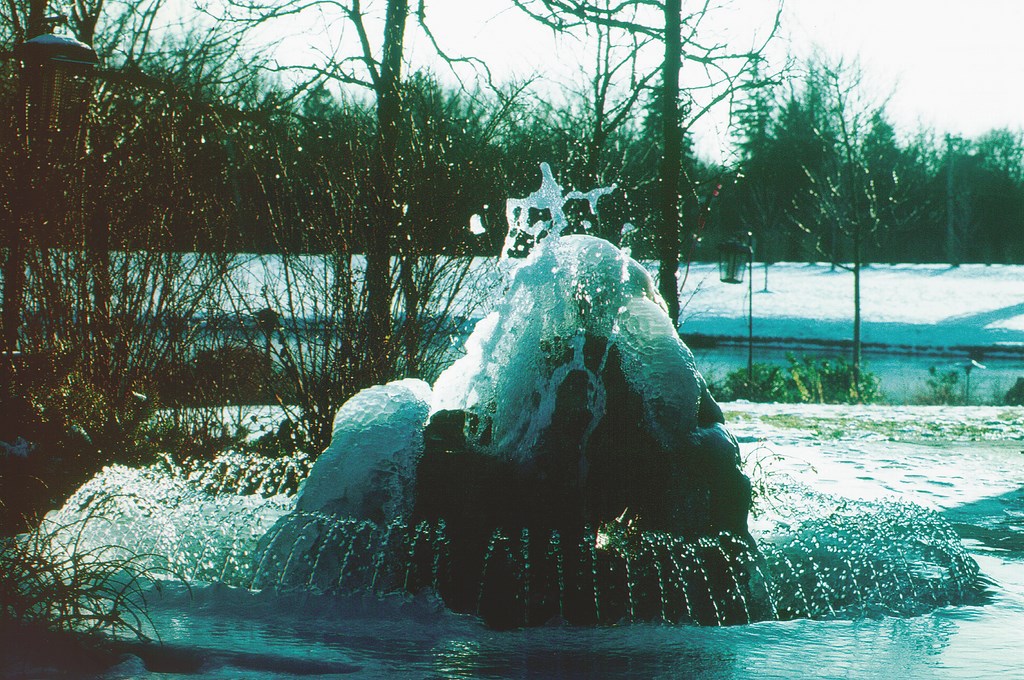 So far, we’ve learned that smaller water effects lend themselves to the most reliable dramatic results. Large jets of water, though they have a drama all their own, tend to send their spray over large areas and do not freeze readily, especially not in windy areas like ours. By contrast, modest jets sending small amounts of spray and droplets into the air will create interesting and shifting forms.

We’ve found as well that lighting and sunlight take on whole new dimensions as they interplay with our frozen structures. The translucent ice reveals fascinating textures, surfaces and contours, and the effects are intensified as the ice interacts with whirling snow to create unusual drifts. As circumstances change (a warming trend or a change in wind direction, for example), the moving water that originally formed the ice will carve it in new patterns with interlaced rivulets and channels.

It’s amazing – and rewarding to watch from one day to the next.

We’ll grant that winter fountains are not for everyone and that there are certain construction issues that require significant attention. But if the client has the right spirit of adventure and imagination and is willing to pay for a system that stands up to the cold, then planning for a freezing fountain is an option that can strike a beautiful chord in the harmonic structure of a design.

Ron Dirsmith is principal architect and co-founder of The Dirsmith Group, an architecture firm based in Highland Park, Ill., with operations worldwide. He and wife Suzanne established the firm in 1971 following employment with the prestigious firms Perkins and Will and Ed Dart Inc. He has a BS in Architectural Engineering and a Masters in Architecture and Design from the University of Illinois. He is also a Fellow in Architecture of the American Academy in Rome, which for over 100 years has been a research and study center for America’s most promising artists and scholars. Dirsmith is one of only 172 architects to have been granted this honor. Suzanne Roe Dirsmith, president of the firm, holds a BS in Education from the University of Illinois and a Masters in Education from National-Louis University. She heads the education division of The Dirsmith Group, a effort dedicated to forwarding design and architecture education within the architectural community and to foster new thinking and raise awareness of architecture and landscape design as a blended whole.