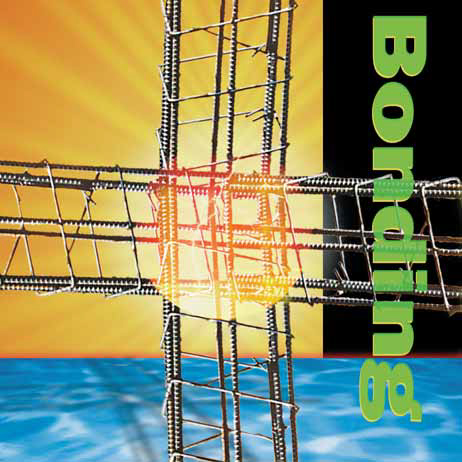 Last month we covered the “hows” of grounding pretty well. Using the definitions from the National Electrical Code (NEC) for guidance, we saw that in order to be considered effectively grounded, the non-current-carrying metal parts of all equipment associated with a watershape must be connected to the system grounding bus at the electrical service panel.

This is accomplished by installing a green-colored (or green with a yellow stripe), minimum No. 12 AWG insulated copper conductor between the equipment’s grounding terminal and the system grounding bus. This conductor is properly called an equipment-grounding conductor, and the piece of equipment to which it is connected can be called effectively grounded.

Let us once again use the main water-circulation pump as an example. Specifically, let us use one of the most common configurations of these pumps in current use – a metal-housed motor bolted to a molded, polymeric pump case.

The pump design is probably such that the polymeric impeller covers the metal motor shaft, thereby isolating the metal motor and keeping it from coming in contact with the water. Let’s assume this to be a 240-volt unit, drawing 8 or 9 amps. That means there will be three conductors connecting this pump to the electrical service equipment – two “hot” lines connected to a dual 15-amp circuit breaker in the service panel, and our green grounding conductor connected to the grounding bus in the panel.

As I mentioned last month, the green grounding conductor has absolutely nothing to do with the operation of this pump – or any other grounded appliance, for that matter. The pump motor needs only the two line conductors to operate. The green conductor does not connect to any energized electrical component within the motor – only to the non-current-carrying metal parts such as the motor’s outer housing and frame.

This low-resistance conductor provides an easy path to “drain off” any fault current that might result from some electrical breakdown or failure within the motor. Let’s look at some common failures and how an effectively grounded system can prevent injury or worse.

Ask motor technicians anywhere in the world about the things that can crawl, fly, slither, leap and creep into the ventilation opening of motors and you’ll end up with a catalog of critters that build nests, lay copious quantities of eggs and, generally, plug things up to the point where the internal temperatures of the motor will cause the insulation on the internal wiring to fail. Bare, energized internal wiring can now come in contact with the metal motor housing. A voltage of anywhere up to 120 volts might be found applied to the motor housing.

There are also insects and vermin that simply eat the insulation off of electrical wiring. They gnaw away until the exposed conductor contacts the motor housing. These same conditions can be caused by a number of mechanical problems common to electric motors – bearing failure, corrosion, starting-switch failure, and the like – any of these can cause the internal temperatures within the motor to rise to the point of causing insulation failure.

Let us assume for a moment that one of these failures has occurred in a pump motor that did not have a green grounding conductor properly connected. The motor might be mounted on a concrete pad, which is somewhat conductive to the earth below, but not good enough; or the pump might have a non-metallic mounting bracket under the motor, effectively insulating the defective motor from the earth below.

This is a life-threatening situation! A person touching the outside of the metal motor housing while in contact with any earth ground in the area will be allowing his or her body to complete an electrical circuit. This can result in anything from a tingle to a lethal electrical shock, depending upon the conductivity of the soil in the immediate area of this defective pump motor.

Remember that in all things electric, any time there is a difference in voltage between two points, the higher voltage will push huge amounts of electric current through any path it finds in an attempt to get back to zero/ground/earth. Humans never, ever want to be a part of that path!

Now, let’s examine the same scenario, but with a properly connected green grounding conductor. The length of No. 12 AWG copper wire connected between the non-current-carrying metal parts of the motor housing and the system grounding bus in the electrical service panel has a very, very low resistance – less than 0.2 ohms for a 100-foot run. That is a much easier path for current to flow through as opposed to the path through a person’s body to a local earth ground.

We must not forget another very significant benefit of an effectively connected grounding conductor: The low-resistance path from the energized metal motor housing back to the system grounding bus will probably allow enough current to flow to cause the pump’s circuit breaker in the electrical distribution panel to trip, thus removing the hazard. The fact that the motor will no longer run will generally alert someone to the fact that something is wrong.

Unfortunately, we don’t live in a perfect world, and things can go wrong with grounding conductors and their connections. Screws can become loose, careless technicians can remove a ground conductor to replace a component and forget to reconnect it, and modifications may be made to the electrical system on the property that destroy the grounding conductor’s earth ground connection.

The best bet for a long and less-strenuous life is to take a lead from the many electrical-savvy technicians who never touch a motor (or any electrical appliance, for that matter) without first using their meters to ensure they are not placing themselves in harm’s way. With the meter set to the “AC Volts” scale, touch one probe to the nearest earth ground and touch the other probe to the metal housing of the device in question. Any reading is cause for caution. Find the circuit breaker controlling the flow of electricity to the device – turn it off – then check the grounding conductor connections at both ends before proceeding.

With all the foregoing in mind, I think it would be worthwhile at this point to repeat the NEC definition of “effectively grounded”:

[ ] Effectively Grounded. Intentionally connected to earth through a ground connection or connections of sufficiently low impedance and having sufficient current-carrying capacity to prevent the buildup of voltages that may result in undue hazards to connected equipment or to persons.

Compared to grounding, bonding is relatively simple. There is no hidden meaning in the NEC definition:

[ ] Bonding. The permanent joining of metallic parts to form an electrically conductive path that will ensure electrical continuity and the capacity to conduct safely any current likely to be imposed.

This includes the rebar in the pool wall, floor or deck; any diving stands, handrails, ladders, lighting fixtures, transformer enclosures, pumps and other electrical items associated with the pool circulation system; metal parts of pool cover mechanisms; and any incidental conduits, metal plumbing or fittings within the five-foot-reach path.

The objective is to get all of these metal objects to the same electrical level, eliminating the possibility of any voltage differences. That’s bonding.