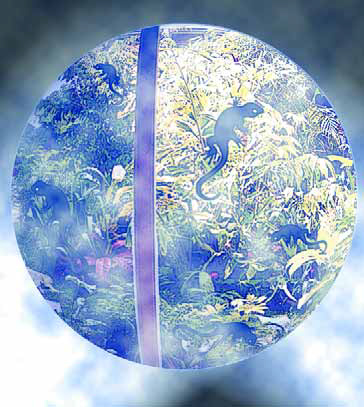 We all know how much watershapes add to the beauty of any setting, but I suspect we also tend to take for granted the integral role water plays in sustaining those environments.

It’s obvious that no landscape would survive long without a steady infusion of water to nurture its plants. Less obvious, however, are ways in which water can be used to make some places more hospitable to other life forms that inhabit them.

This isn’t really new. As has been noted in several articles published in WaterShapes, water has been used in arid climates for centuries as a prime source of “air conditioning” for both exterior and interior spaces, from the Moorish palaces at Cordoba in Spain to the Renaissance gardens at Italy’s Villa d’Este.

Much more recently, watershapers have caught on to such possibilities in a big way by focusing on the physical form water takes within environments and on the use of fog and mist systems.

I’m sure someone in Hollywood figured out a way to create fog effects many, many years ago, but the fact of the matter is that this particular form of watershaping is a fairly recent phenomenon for most of us – and one worthy of our attention.

My own encounters with fog systems began with Raindrip’s “misting” heads, which I saw used to create fog effects under garden bridges and with ponds. These misters enhanced the visuals achieved with ponds, rivers, streams and other such watershapes by lending an air of mystery, spookiness or romance.

They worked these changes in mood depending upon how they were used and the overall context. And when combined with good, appropriate lighting, these fog and mist effects were (and still are) spectacular and can really change the way observers respond to particular settings. The possibilities literally are endless. 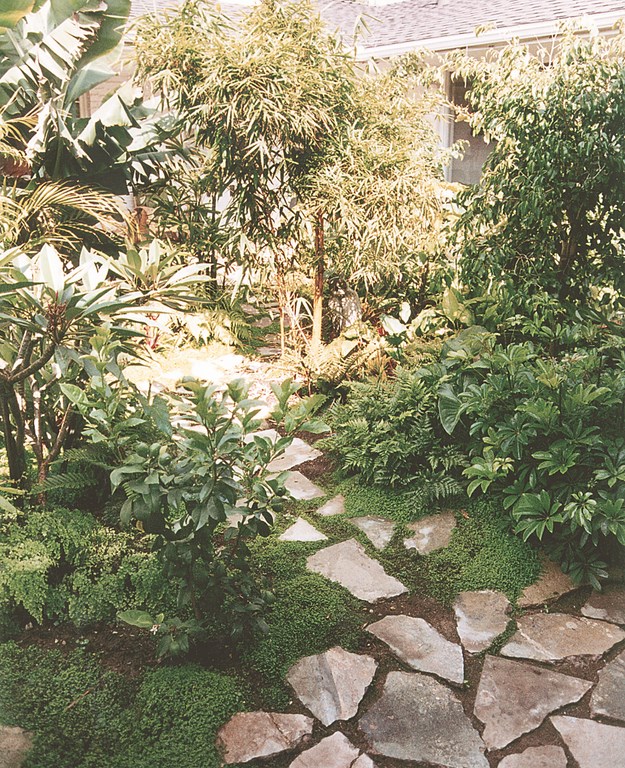 Beyond the visual effects achieved with atomized water, however, are some profound physical ones. This is why misting systems have become so popular (and even necessary) in places such as Palm Springs and other desert communities: They make dining spaces and other outdoor environments much more suitable to human habitation.

Lest we forget, by adding humidity, lowering temperatures and gently adding water to any area, fog and misting systems can also help plants. For example, misting systems are used frequently in greenhouses to add humidity and blanket plants with a thin layer of water. In fact, most orchids rely on these systems for their survival.

Outside the greenhouse, misting systems can lower temperatures by as much as 10 degrees Fahrenheit in the area immediately surrounding the emitters. Sitting under a misting system at a Phoenix restaurant can make 110-degree days reasonably tolerable – and can make all the difference in the success of these businesses.

But application of these systems need not and should not be limited to outdoor seating areas in restaurants. One case in point is an environment I created with the help of a misting system for a home in a neighborhood adjacent to the ocean in southern California.

The overall style was to be a combination of tropical and cottage. As I discussed in an early “Natural Companions” piece, this is a balance that can be achieved by selecting plants carefully and choosing those that tolerate similar watering regimens.

The climate surrounding the house is strongly influenced by the ocean, which allowed us to choose plants that generally require greater humidity and place them pretty much anywhere we wanted. Most southern California landscapes call for placing tropical plants in shadier areas, but here, the ocean influence gives us some welcome flexibility.

What was unique and challenging about this project was the home’s atrium. The house was built in the 1960s with a courtyard completely surrounded by the structure. When I was brought in on the project, the planting area was about five feet by ten feet, with the rest of the space blanketed by concrete. My first thought was to buy great furniture and replant the overgrown planter, but I quickly had to rethink that plan when the homeowners told me how they hoped to use the space. 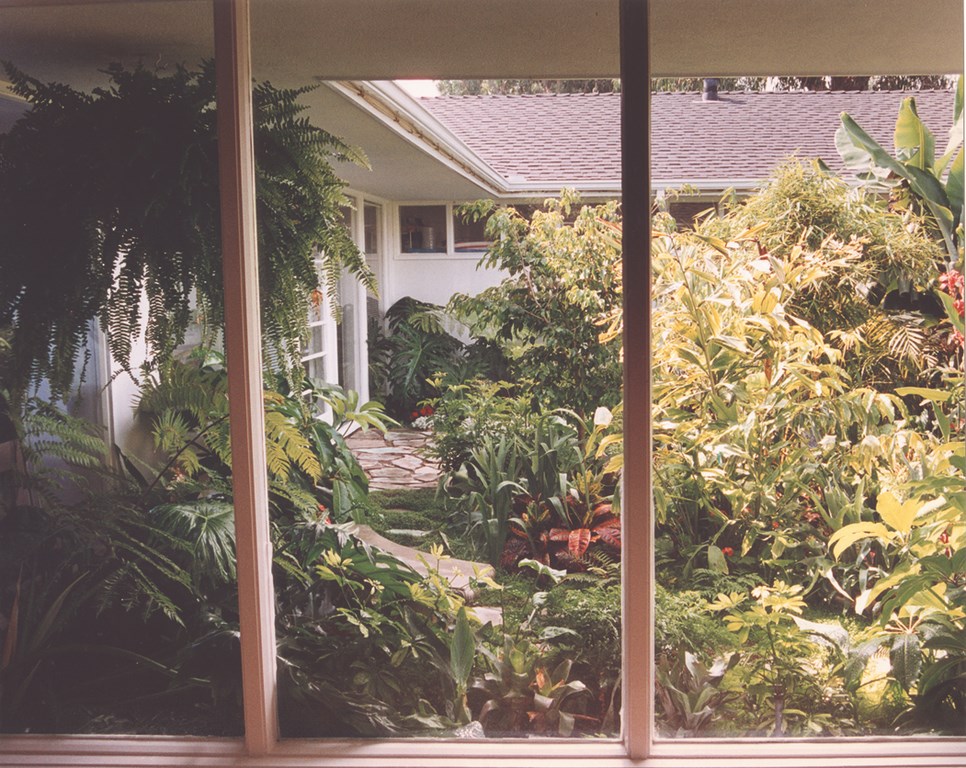 I didn’t know it at first, but I learned quickly that the couple raised exotic reptiles and wanted to turn the entire atrium into an outdoor home for their menagerie. After getting over my initial reaction to the creepy-crawly things, I became fascinated by them and dove into the process of creating an incredible habitat that would come pretty close to the real thing.

With some research and the support and input of the homeowners, we came up with a game plan:

* First, the entire concrete floor of the atrium would be broken up and placed back down, using Baby Tear’s and decomposed granite as grout so that no mortar would be required.

* Next, we would shop for tropical plants. None could be poisonous to the animals, nor could those we planted on the perimeter grow high enough to meet the eaves or the roof of the house (thus enabling the critters to crawl out over the roof).

* Then we needed to accommodate visitors to the space, which was simple because all the homeowners wanted for themselves was a place in the atrium where they could sit and watch the reptiles as they wandered around.

* Finally, we needed a small pond to add some humidity and give the reptiles ready access to sufficient quantities of water to meet their needs.

We realized, however, that for the most part the critters would get their water not by lapping it up from the pond, but rather by drinking it off the plants, as they would in the wild. As a result, we concluded that a misting system would be our best bet and installed one around the entire atrium, right under the rain gutters.

The misters were set up with a timer to go off three times a day, providing ample water on the plant leaves for drinking, raising the overall humidity in the atrium and creating a moist enough environment to sustain the entire palette of tropical plants.

Because the atrium was completely surrounded by the house, it did not have the same climate as the ocean-influenced area surrounding the house and was actually quite dry by comparison because of the concrete, the shape of the area and the lack of exposure to sea breezes. In other words, we’d created a micro-climate that needed to be manipulated to achieve our goals. 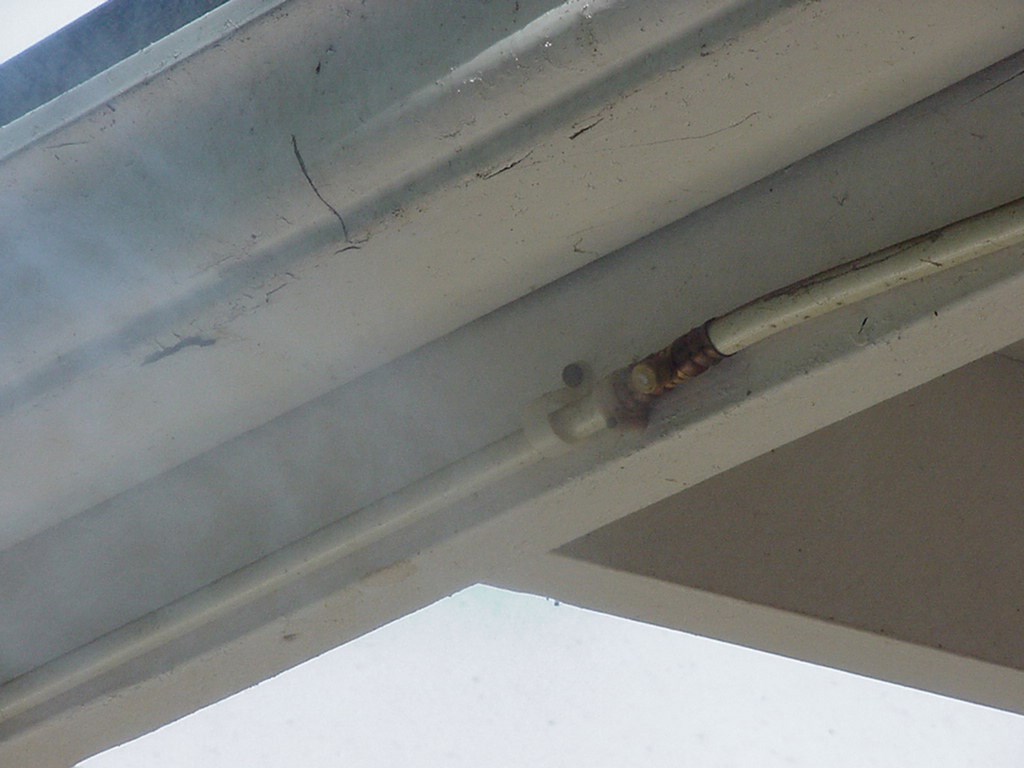 In the end, the misting system resolved a number of problems that neither an irrigation system nor the pond alone could have addressed.

We’d placed sprinklers strategically to water all the plants at a level as close to the ground as possible, because the atrium was surrounded on three sides by floor-to-ceiling windows and the homeowners wanted to avoid having to break out squeegees every day. The sprinklers kept the soil moist, but they couldn’t provide droplets of moisture on the leaves themselves the way the misting system could.

As much as I enjoyed this one-of-a-kind project and the exercise of putting a misting system to use for such an unusual purpose, I have to say that there was one thing about sustaining an environment for reptiles that I never quite accommodated, and that’s the fact that my clients need to release an entire box of crickets into the atrium once a week. I guess we all have our needs!