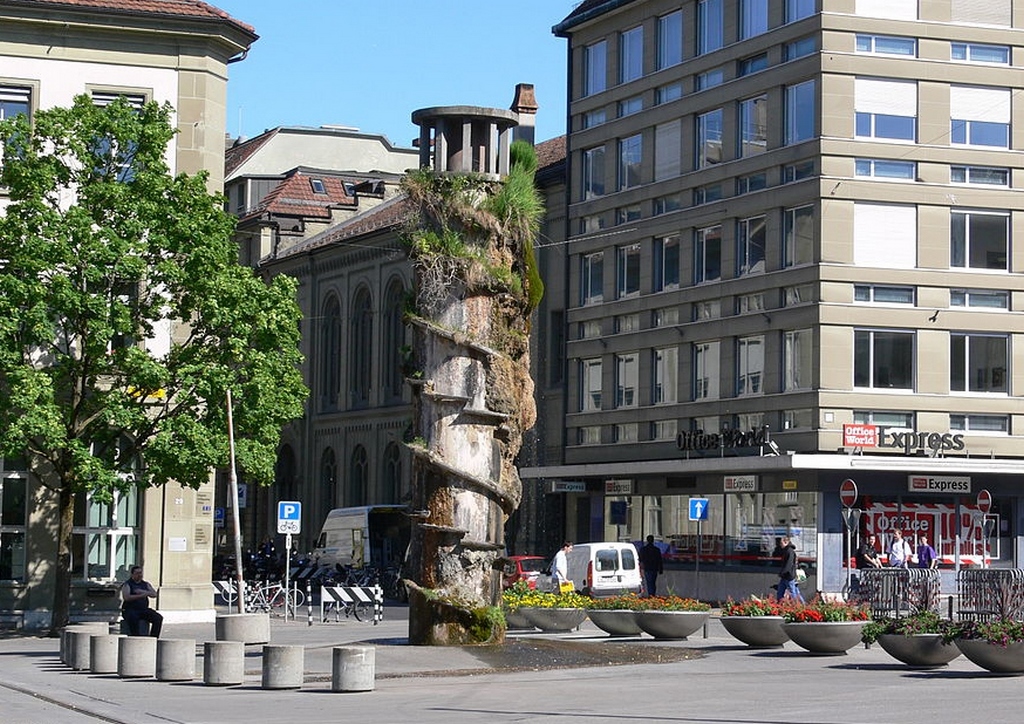 I must start by letting you know that I have yet to see this watershape personally. Even so, it is so extraordinarily odd and conceptually brilliant that I couldn’t resist writing it up and suggesting we all should add it to our lists of things we need to see while we still can.

Situated off an intersection in the heart of Bern, Switzerland, the fountain is called “The Spiral Column (Nature’s Way)” and is the work of Meret Oppenheim, a German-born Swiss artist who became an icon of the Surrealist movement and had a career that spanned more than 50 years from the 1930s into the 1980s. This fountain is one of her last works, completed just two years before she died in 1985 – and indeed she didn’t last long enough after its dedication to see how it turned out. 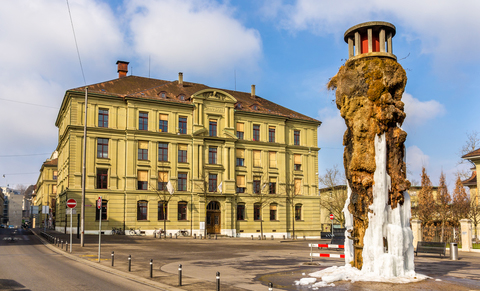 The original spiral tower was simple enough in form, maybe even a bit dull – sort of like a section of threaded rod with a weird hat. The real genius came in Oppenheim’s anticipation of what would happen as the structure flowed year ’round with water from a mineral-rich source: Before long, the water’s calcium content began depositing itself on the surface of the tower, adding strange protuberances that keep growing so dramatically that, periodically, the city needs to chip them back to keep the composition from toppling.

Born in 1903, Oppenheim moved in distinctly artistic circles as she grew up and eventually moved to Paris at age 18 to study and, more steadily, hang out with other artists. In 1933, she was invited by friends to participate in a Surrealist exhibition and quickly rose to prominence among her peers, before long becoming part of André Breton’s influential circle. Later, she returned to her Swiss roots, taking up residence in Bern in the 1960s. 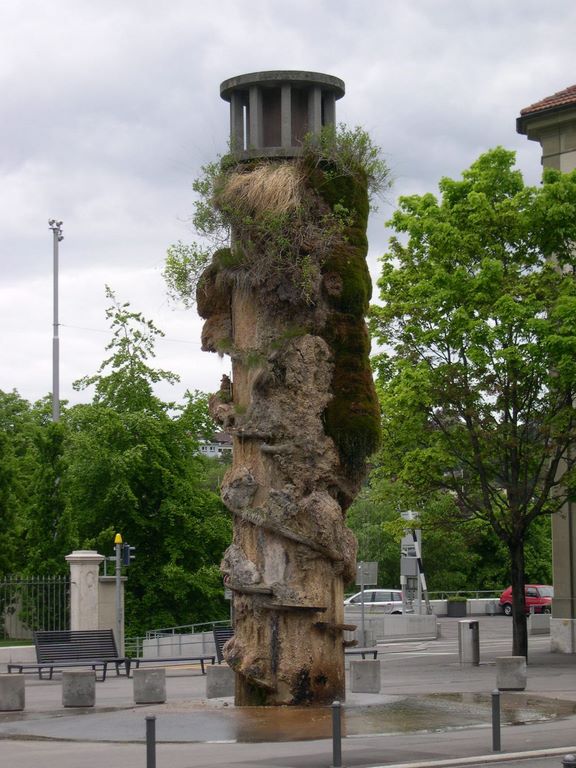 The legacy she left behind in her chosen home base is just fascinating: The Spiral Column changes daily as water flows shift in response to the calcium growth. And then there are the various plants, mosses and lichens that have taken hold: They change colors as time passes, growing and fading with the seasons. Finally, in the dead of Bern’s long winters, the spiral is wrapped in icicles in odd patches, with the white drapery projecting outward to reveal all of the surface distortions that have accumulated during the year.

It’s a spectacular idea, one worthy of respect and admiration. But apparently it’s something of a civic issue that the composition is also spectacularly ugly.

The local attitude toward Oppenheim’s fountain reminds me of the occasional uprisings in San Francisco aimed at demolishing the Vaillancourt Fountain, another Brutalist waterfeature that seems under perpetual threat. By comparison, however, the Vaillancourt Fountain is actually on the pretty side, and even I would have objections to “The Spiral Column” if I didn’t perceive it as such a timeless, insightful look inside the nature of water, calcium and the persistence of plants and microorganisms.

I also think it’s both ironic and hilarious that the city has tried to dress the fountain area up with large foreground flower pots: Anyone with enough ill-will to think of ramming the hideous fountain to do away with it will have to destroy conventional beauty on the way.

I haven’t been to Switzerland since the 1970s and haven’t felt much need to go back – until now, that is. This is one weird fountain, and I’m anxious to see it for myself!