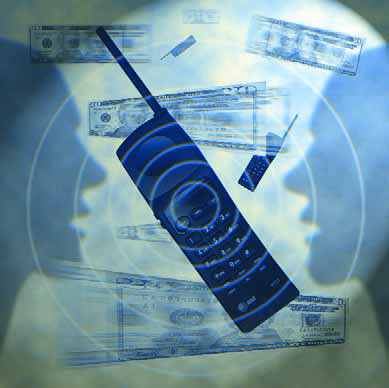 Almost everyone I’ve talked to recently is busier than ever these days. And it’s across the boards, from landscape architects and designers to pool and spa builders and subcontractors of every type: Everyone is swamped, and this year in particular they all seem to be having trouble just keeping up.

The odd thing is that nobody I’ve spoken with has an entirely clear idea why this year is so busy. At best, the economy is mixed: oil and gas prices are through the roof, the stock market has been extremely inconsistent and consumer confidence has been shaky. Yet watershaping projects just seem to keep on rolling, no matter the news.

One undeniable factor seems to be driving this demand – that is, the continued growth of real-estate values across the country. Available equity and low interest rates on home-equity loans have put a whole range of home-improvement projects on homeowners’ agendas.

Still, if there’s one thing the economy has demonstrated time and again, it’s that these things are cyclical. There is no question that interest rates will rise someday and that the real-property market will cool. Personally, I’m worried that many consumers are overextending themselves. It’s hard to say how much a cooling trend might cut into our watershaping work, but it’s safe to assume there will be times ahead when we won’t be so flush with activity.

THE PERILS OF PROSPERITY

Certainly, economic prediction and market analysis is the work of people who know a lot more than I do about such things. For now, it’s satisfying to note that there are many opportunities for us in the watershaping trades. We’re all in business to prosper, after all, and the ready availability of clients looking for our products and services can only be a positive thing.

But there is a downside to this wave of activity. It’s clear to me that the watershaping trades in the United States are currently underpopulated relative to demand, and this shortfall will inevitably create problems. In such environments, people rush so much that they will be tempted to take short cuts or even cut corners for the sake of getting the job done. In other words, times like these raise concerns about quality – and in my book, no diminution of quality is to anyone’s benefit.

The first place quality takes a hit is at the front end of the process – in the servicing of sales leads and the acquisition of new business. For the past several weeks, I’ve heard from a large number of potential clients who have told me that not only are they unable to get anyone to look at their projects, but they can’t even get watershapers to return their calls.

Just this morning, I picked up a call from a homeowner who had contacted five pool companies in the past couple weeks and had not gotten a call back from a single one of them. It’s so bad now that almost every new contact I’ve made recently has mentioned that it’s almost impossible to get a call back, let alone real attention.

For all of the inadequacies that can be laid at the feet of the pool industry, to my mind this sort of failure to reach out to potential customers is perhaps the most damaging. There are lots of other ways these consumers can spend their money, and if the impression they draw from our industry is basically an arrogant-seeming lack of interest, it’s certain that many will retreat from their interest in buying a watershape.

They don’t know how busy we are and how difficult it is for us to keep up: All they know is that they’ve been treated without courtesy. How would you feel if you called a company to inquire about spending your hard-earned money, only to have your calls generate complete silence? The first time or two it happened, you’d blame the individual firms. As the pattern repeated itself, however, you’d blame the entire industry – and who could fault you for thinking that way?

I’ll state it plainly: There is no getting around the fact that every potential customer’s inquiry must be answered. No exceptions!

There are those who’ll point to the fact that they are, in fact, completely swamped – so buried, in fact, that there’s no need to seek new business. There are those who would state further that taking on new clients in such times would not be in the best interests of either the client or the watershaper.

Frankly, I can relate. My own business has been almost freakishly busy, like a multiplicity of chocolate cakes. I love chocolate cake, but having a dozen sitting out on the table gathering dust and growing mold is not good – and in many ways this season is just too much of a good thing.

I’ve had to tell some new prospects that I’m simply too busy to take on additional work at the moment. But I think it would be completely out of line to do as some have done and simply ignore those leads without even making a courtesy call to tell them so.

Anyone who’s read my columns through the years knows that I’m a bit of a fanatic when it comes to stressing the importance of communication. More than once before, I’ve tackled the subject of managing the phones and e-mail, and I can only assume that my message has been overwhelmed by current events. So I’ll say it again: In business, you have an obligation to respond promptly to people who contact you.

That doesn’t mean you must meet their needs. Lately, I’ve turned lots of people away – but I never do so without letting them know that if they’re willing to wait a reasonable amount of time – a month or two for me in recent times – I’ll put them on my list and get back to them. Many decide they can wait; others thank me and continue looking elsewhere.

Either way, it’s a message they can understand – and they genuinely seem to prefer it to the silence they’ve met with from other companies.

The difference from the client’s perspective is vast. When we hear that someone in any field is too busy to take on new business, we’re left with a strong impression that the person or the firm is in demand. Furthermore, knowing that the busy person took the time to respond, even if it’s to make us wait, we feel that our inquiry was treated with a respect that speaks volumes about character.

In stark contrast, consider what happens when a would-be client is greeted by silence.

They have no way of knowing that I’m too busy; all they know is that I haven’t returned their calls. For my part, I have no way of knowing what conclusions they may come to in wondering why they were ignored, although I can be pretty sure I haven’t made a good impression. They might reasonably ask themselves, “If getting a response to a call to originate business is so difficult, how tough is it going to be to get a response when there’s a problem?”

In the end, it’s all about word of mouth and the reputations of our businesses. And in all of the discussions I’ve ever heard about sales and marketing as they relate to watershaping, there’s one theme I’ve heard repeated over and over in seminars and magazines: Word of mouth is absolutely the best form of advertising.

There is nothing to match the advantages of working off personal referrals. We all know, accept and embrace this concept. And there’s nothing that will kill referral business faster than failing to respond to calls from prospects.

If those unanswered calls come by way of a personal referral and the referring party subsequently hears that you made no effort to reply, you can count on the fact that that avenue of referral business is history. And let us never forget that bad news travels much faster than good news: When people are frustrated or angry, they are much more likely to vent their anger without anyone’s prompting.

In other words, the time it will take to utterly destroy your referral network through being non-responsive very likely will come to a mere fraction of time it took to create it.

I don’t care how busy anyone is in the short run. Nobody can afford to discard the seeds of future business as if they no longer mattered. When you blow off a call from a prospective lead, you are, in a very direct way, killing off future prospects and likely doing so to a much greater extent than you ever imagined.

The short solution to this problem is about as basic as can be: Respond to all inquiries!

Yes, it can be hard to do. But it is a direct investment of time and effort in your reputation and tomorrow’s success. One way or another, if you’re serious about your work, you really have no alternative.

You response doesn’t have to be elaborate. At the very least, program your voicemail with a message indicating that you are working like mad and might need a couple days to return the call. Or give someone in your organization the task of returning calls with a simple message to the same effect.

Prospective clients will understand your message, and so long as you make good on your promise to get back to them – even if they’ve decided not to wait and have contacted another firm – they will not have been left to define the meaning of the silence for themselves.

As I’ve stated in previous columns, there are a number of practical steps you can take, including setting time aside for phone work, using time in the car to return calls, and keeping good notes on all contacts for future reference. I won’t repeat myself here other than to say that in this business climate, the way you communicate with consumers or other industry members is terribly important.

There is real power in effective communication. It enables you to forge a professional image for yourself or, if mishandled, leaves exactly the opposite impression. Paring back on the number of projects you have on the books in times of feverish activity is a reasonable thing to do – no argument from me there – but there are better ways to accomplish it than by opening yourself to a damaged reputation.

Let me leave you with a suggestion that may help you filter out some excess business while actually improving your reputation: If you’re that busy, it’s almost certainly time to increase your prices. Prospects who drop off the boards as a result are those on the lower end of the spectrum. The more profitable jobs will remain in play at an even more favorable margin.

In my own business, I’ve found that raising prices always has a positive result. I’m paid more for the sorts of projects I most want to tackle anyway – and that, my friends, is a good thing.