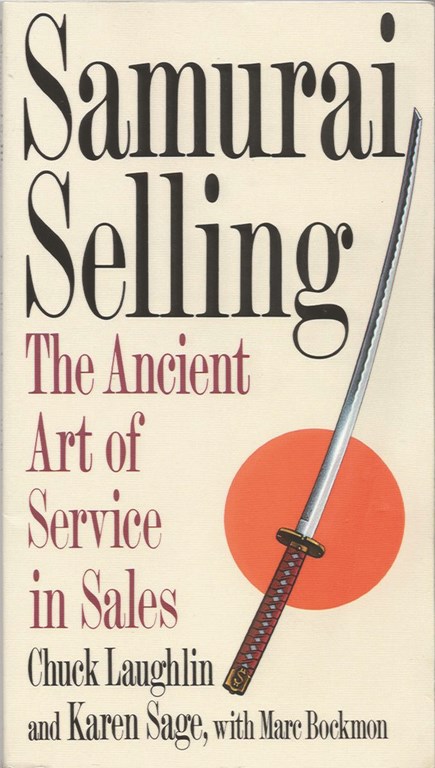 Back in February’s WaterShapes, I stepped a bit beyond the usual in discussing Harvests of Joy by Robert Mondavi, noting that I’d read the book based on a recommendation from fellow WaterShapes columnist Brian Van Bower. I also mentioned that the book was one of the most important I’ve come across in recent years.

This time around, I’d like to review another of Brian’s recommended books – one he suggested during a seminar I recently attended and which has also proved to be wonderfully useful and extremely influential: Samurai Selling: The Ancient Art of Service in Sales by Chuck Laughlin and Karen Sage with Marc Bockmon (St. Martin Press, 1993).

Until I read this book, my sense of what Samurai were all about was based on no more than warrior movies and video games. What I learned instead is that Samurai based their lives entirely on a concept of service (of which warfare was only a small part). The authors use the philosophy of the Samurai to define excellence in sales and service through a series of allegories that compare traditional tales of the Samurai to modern-day situations in business.

In rapid order, the book defines what it means to provide outstanding service in a way that extends the lessons well beyond the actual sales challenge. The authors cover several important concepts, starting with the notion of “ki” and the energy we generate through our minds, hearts and spirits and working through to “balance,” a concept illustrated by four circles representing integrity, discipline, creativity and fearlessness. Along the way, they offer advice on means of strengthening desirable personality traits and reaching a place where all four of the circles intersect. There’s also a particularly amazing discussion about the importance of maintaining an open mind, or, as the authors put it, “a beginner’s mind.”

Personally, reading this small book (just 160 pages) has shed a whole new light on the way I provide service to my clients and has shown me ways I can make significant improvements in my day-to-day approach.

This is important to me, because in the past I’ve had occasion to wonder why it is, as a designer and builder of what I consider to be some darn fine pools, that I don’t receive more referrals – all while people who do lesser work seem to collect them with ease. Having read this text, I can see that I’ve used the fact that the end product I provide is top-notch to justify, in my own mind, some less-than-outstanding service.

Wanting to make a change, I’ve started small by employing Brian Van Bower’s policy of returning calls promptly, which seems utterly congruent with the book’s message. Within a month, I received two quality referrals from a satisfied customer who talked more about the level of care and attention he’d received than he did about the beautiful pool in his backyard. It’s a small step, but I’m encouraged all the same and anxious to keep improving the service I provide.

If you can’t tell, I love this book. It strikes me that there are infinite ways, large and small, that most of us can improve our service to our clients, our companies, our friends and our families. Just as I did in reviewing Mondavi’s wonderful book, I back up Brian’s endorsement with my own strongest-possible recommendation for Samurai Selling.

Neither text has much to do with watershapes in any direct sense, but both have everything to do with how we approach our chosen professions.