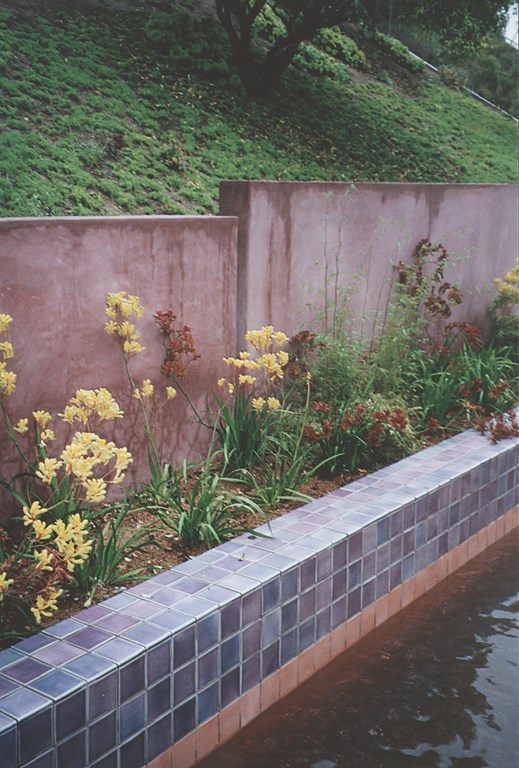 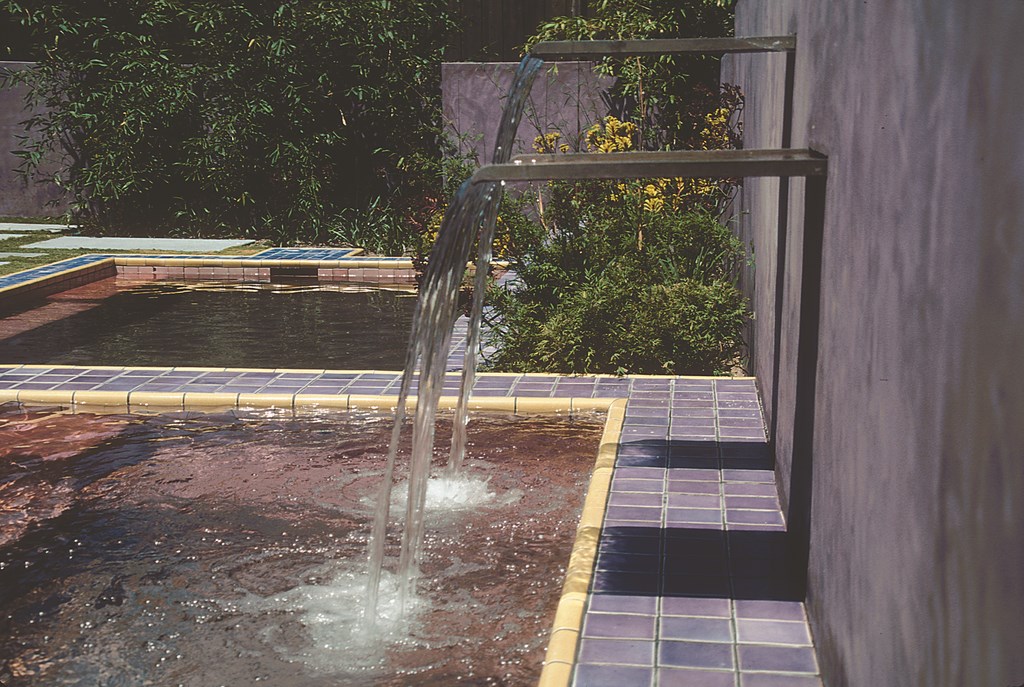 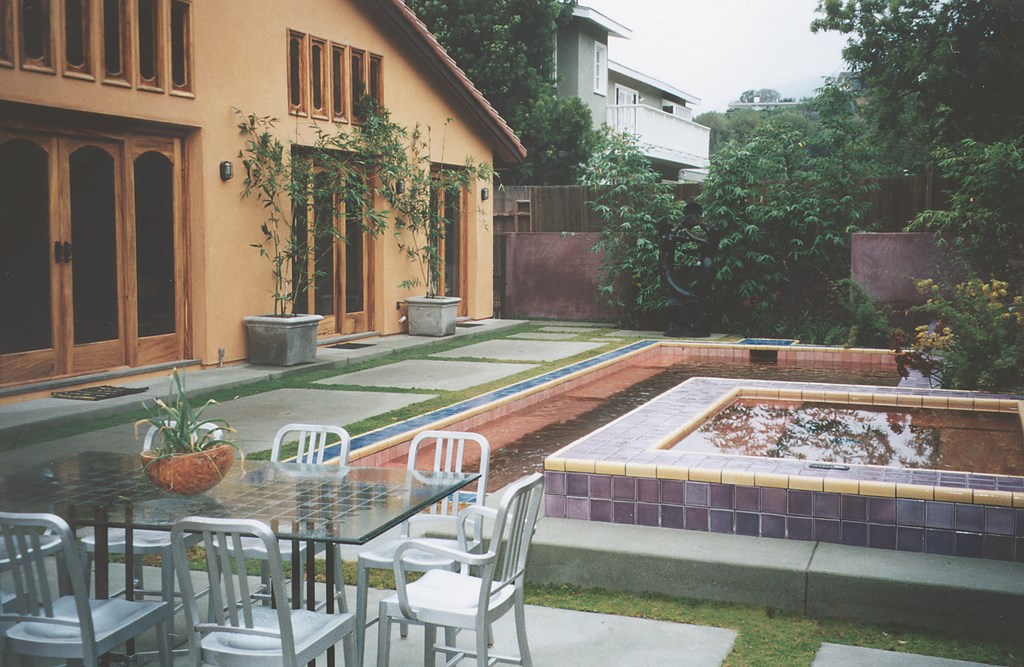 Using a startling color scheme inspired by the homeowners’ use of vivid colors inside and outside their home, David Tisherman seized on their adventurous sensibility to create an outdoor environment that features not only a red-plaster pool, but also boldly colored tile, walls and decks. Not too surprisingly, this project is one of the most controversial ever to appear in WaterShapes – a lightning rod for readers driven to the point of agitation by Tisherman’s bold designs and aggressive attitudes.&nbsp