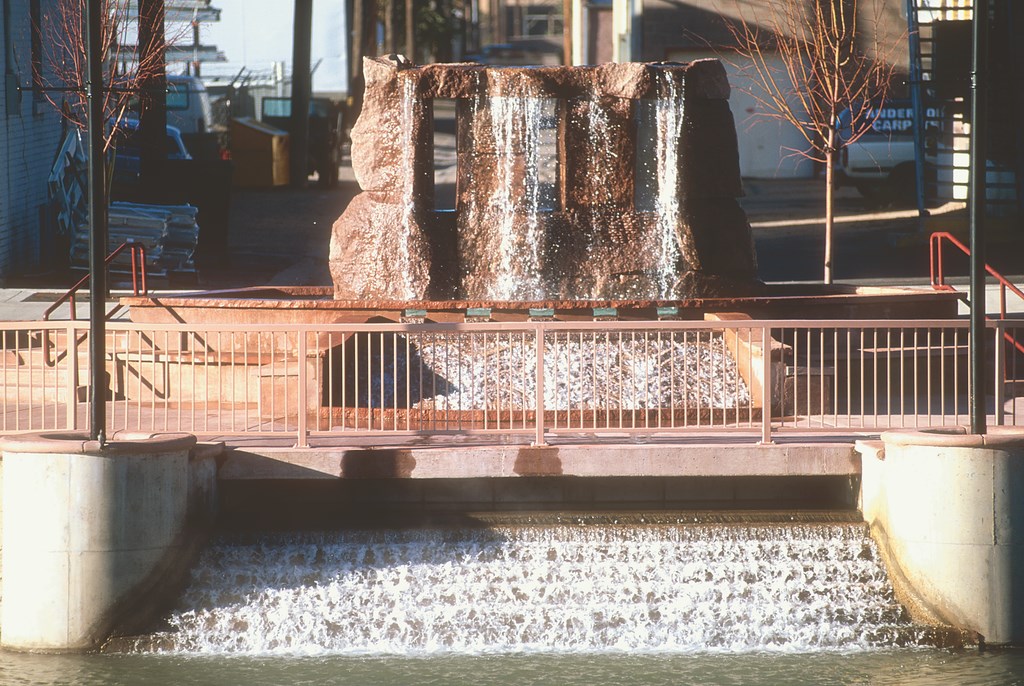 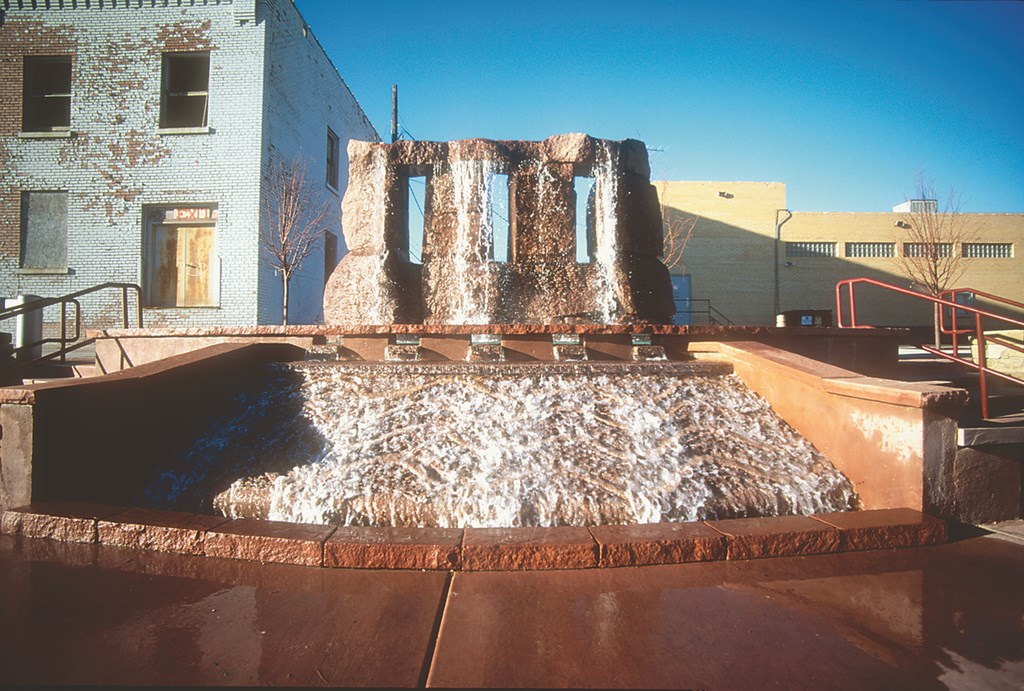 Set on the Arkansas River in Pueblo, Colo., the Farley/Reilly Fountain was designed by sculptor Richard Hansen to mesh seamlessly with its urban surroundings while visually connecting the city’s new river walk with the water. Inspired by local geology and influenced by Islamic styles, the stone structures mirror the elevations of the downtown’s architecture while the flow across the fountain’s base visually links the walk with the water and symbolizes the robust, healthy pulse of the river