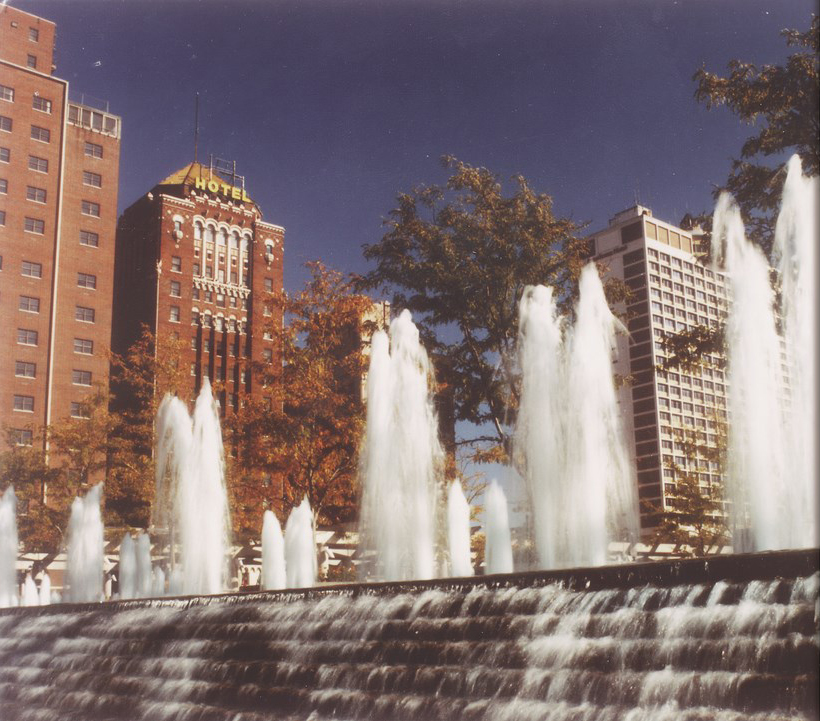 Kansas City, Missouri, proudly calls itself “The City of Fountains,” and it comes by the title legitimately. In fact, more than 150 public fountains grace its plazas, boulevards, parks and public buildings, and the community has long held to a tradition of creative use of moving water and sculpture in developing its public spaces.

As a resident of the city, I get a sense of civic history and our collective self-image as I look at these fountains. As a watershaper, I take additional pride in the variety of forms and styles I see and in the course of technological development that has lifted fountains to new heights of aesthetic and functioning glory. It’s basically a living museum of the art of fountain-making.

It has helped that, throughout the city’s history, civic and commercial leaders have placed both the development of public and private lands’ use of decorative water high on their list of priorities. In doing so, these individuals succeeded in fostering a culture of fountain-craft that has given us a dazzling array of public watershapes – and many of our most treasured points of civic identity and pride.

BY THE WATER’S EDGE

People who live here have long appreciated the natural beauty of the region’s rolling hills, the thriving banks of the Kaw and Missouri rivers and the limestone bluffs upon which the city was built. From the start, Kansas City has been blessed by decisions to use water to adorn its public spaces – a tradition that began more than a century ago but which has blossomed in the past 50 years into something truly meaningful and dynamic.

Some fountains serve to commemorate historic events, celebrate public figures or honor local heroes. Others are there simply for beauty’s sake. Together, these works of public art provide the citizens of Kansas City with places to gather, reflect and celebrate. They give the city its identity while adding luster to the fabric of our urban tapestry. 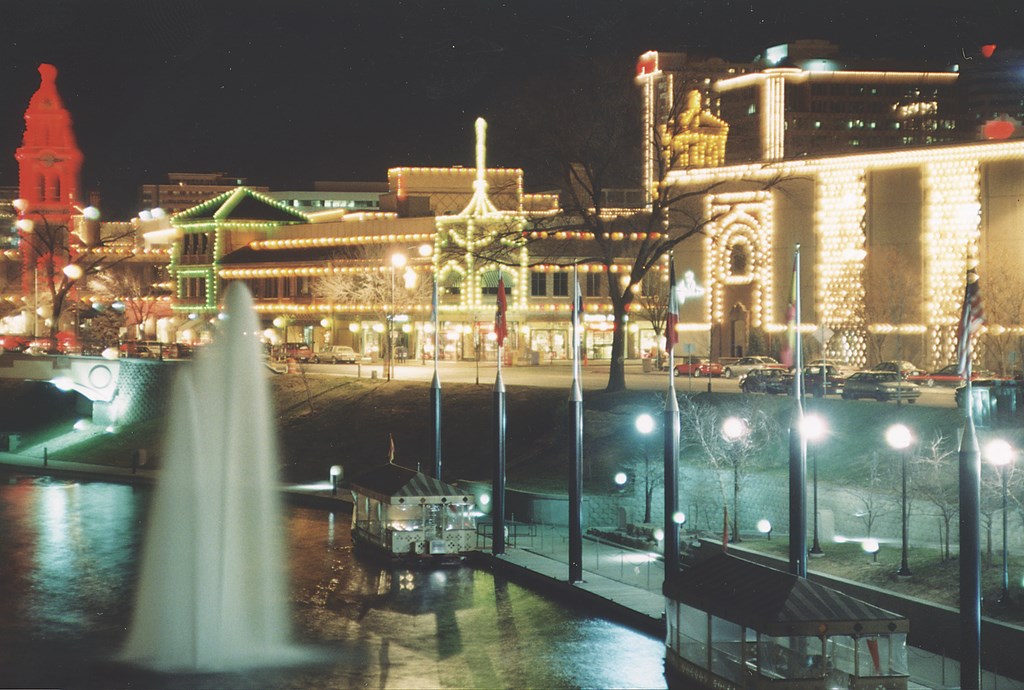 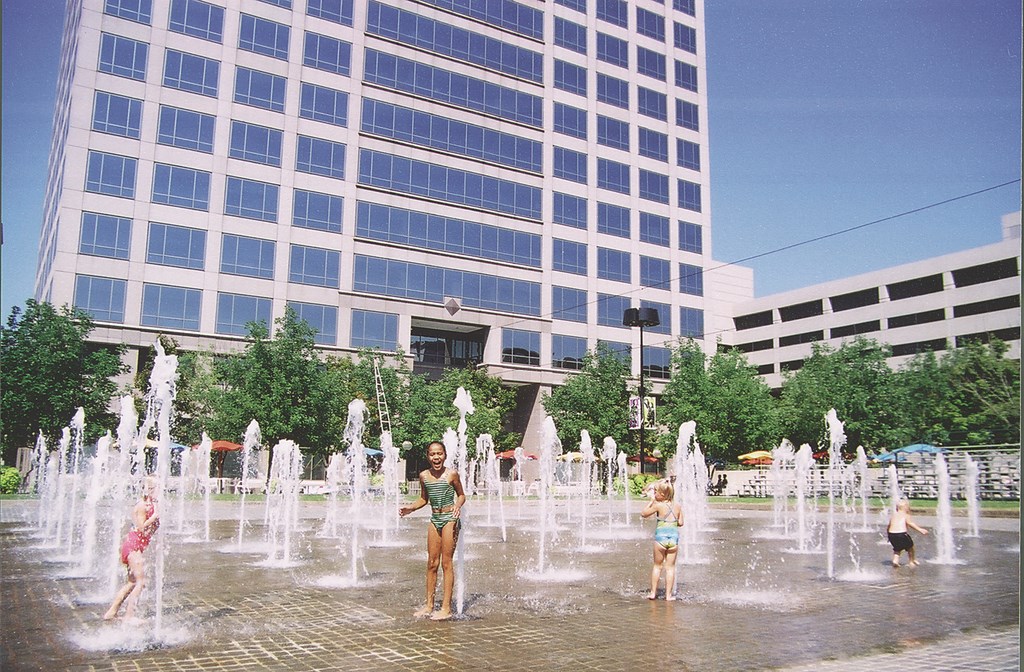 In many ways, in fact, the fountains of Kansas City represent the extreme potential residing in the art of watershaping to beautify and define the environments we create for ourselves.

As is true of many other great cities where fountains are found, Kansas City’s first fountains were used to provide drinking water and to cool the air in the heat of summer. Natural springs were the source for these original fountains: Surging from fissures in the limestone rock, the water was captured in large basins to satisfy the thirst of townspeople and their beasts of burden.

Kansas City experienced tremendous growth in the middle decades of the 19th Century, when the population grew from 4,000 in 1865 to 60,000 by 1880 and made this one of the largest cities west of the Mississippi. With sudden growth came an acute need to develop an infrastructure, and as part of its potable water system, the city installed hundreds of drinking fountains. 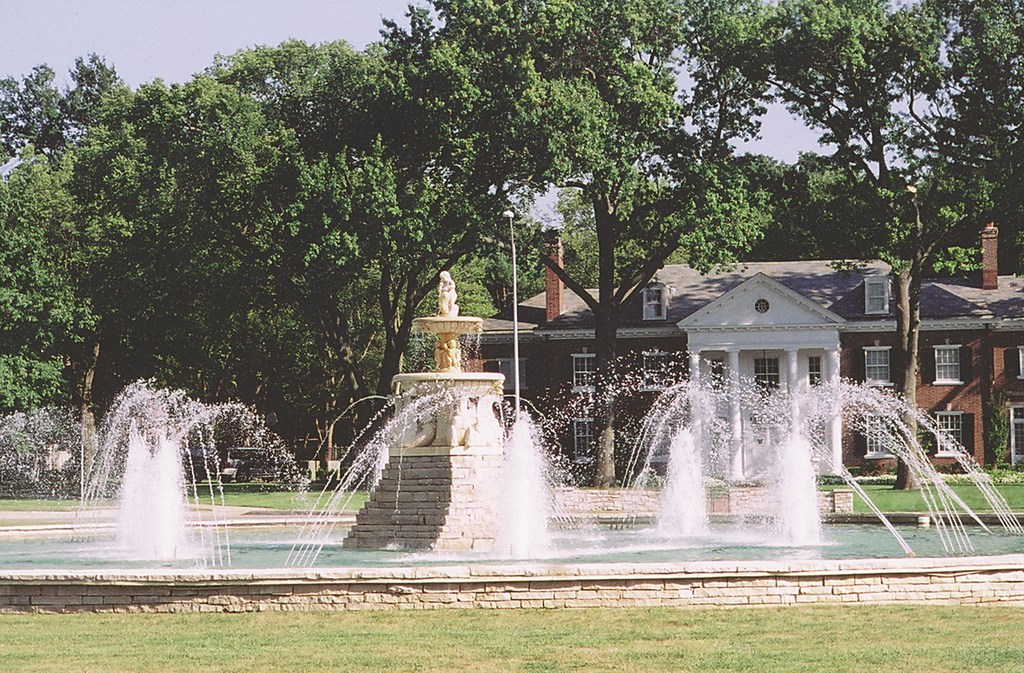 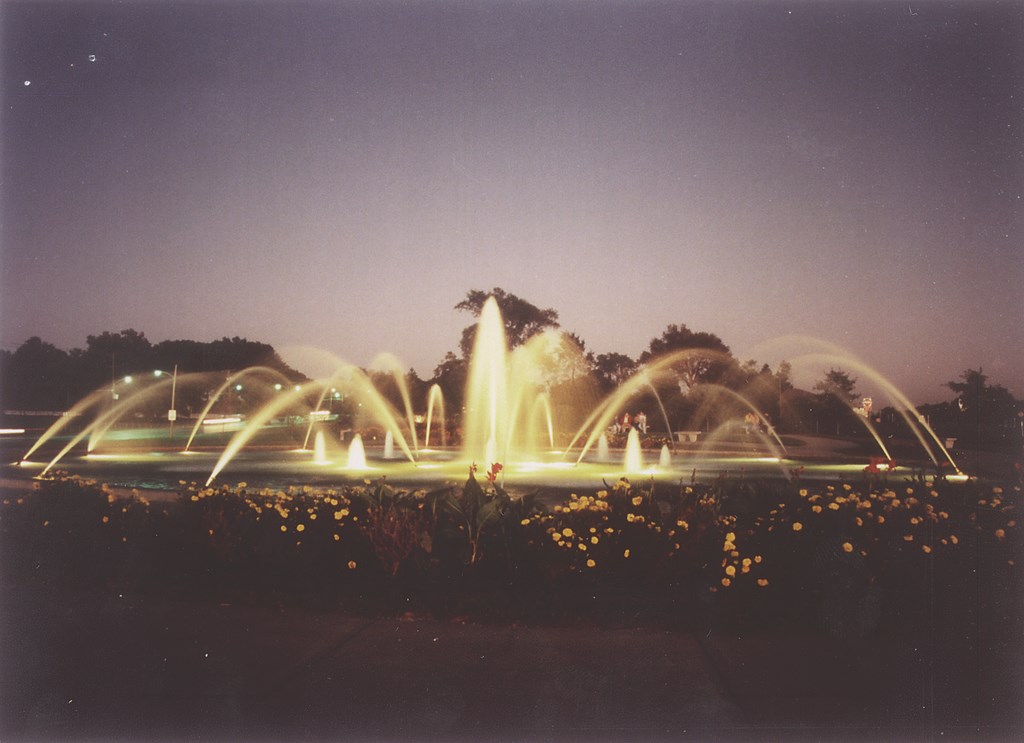 In 1893, landscape architect George E. Kessler and businessman August R. Meyer outlined a system of city parks to be connected by boulevards emanating from the core of the city along the four main compass points. The plan called for extensive development of the rugged river-bluff terrain and for creating destinations within the city in the place of blighted wastelands. It also set aside large tracts of land for public use and included plans for many public waterfeatures.

These four men, although they came from different backgrounds, shared a vision of a city laced with beautiful parklands that were to include a number of fountains, ponds and lakes. The debate over the costly plan raged for nearly a decade, but shortly after the turn of the last century, the citizens of Kansas City voted 10 to 1 in favor of the plan. 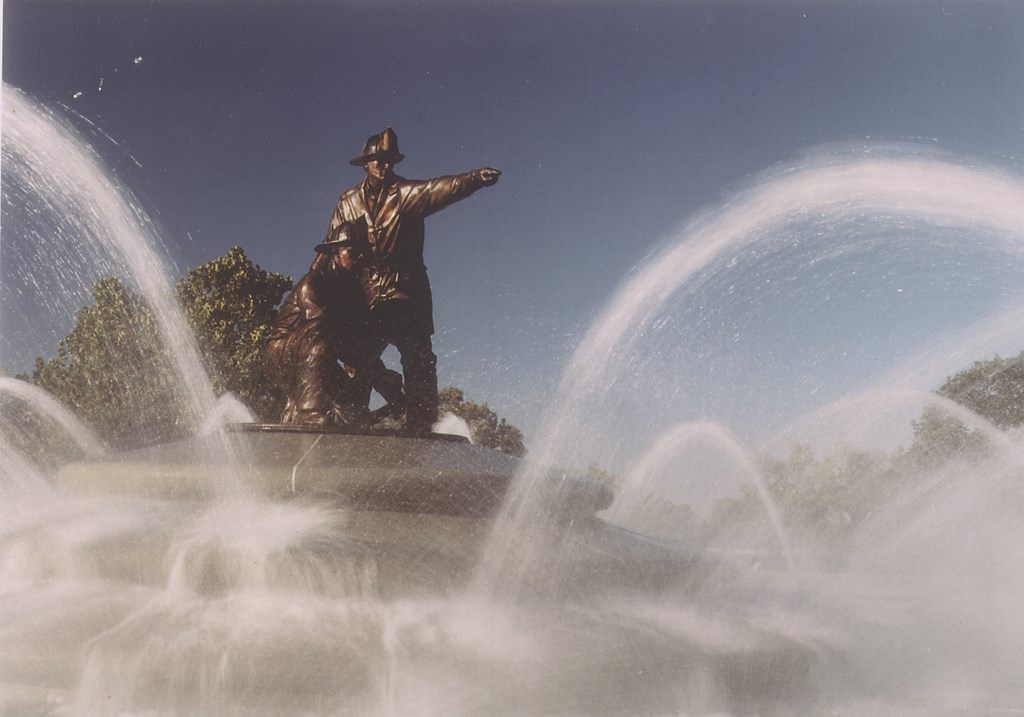 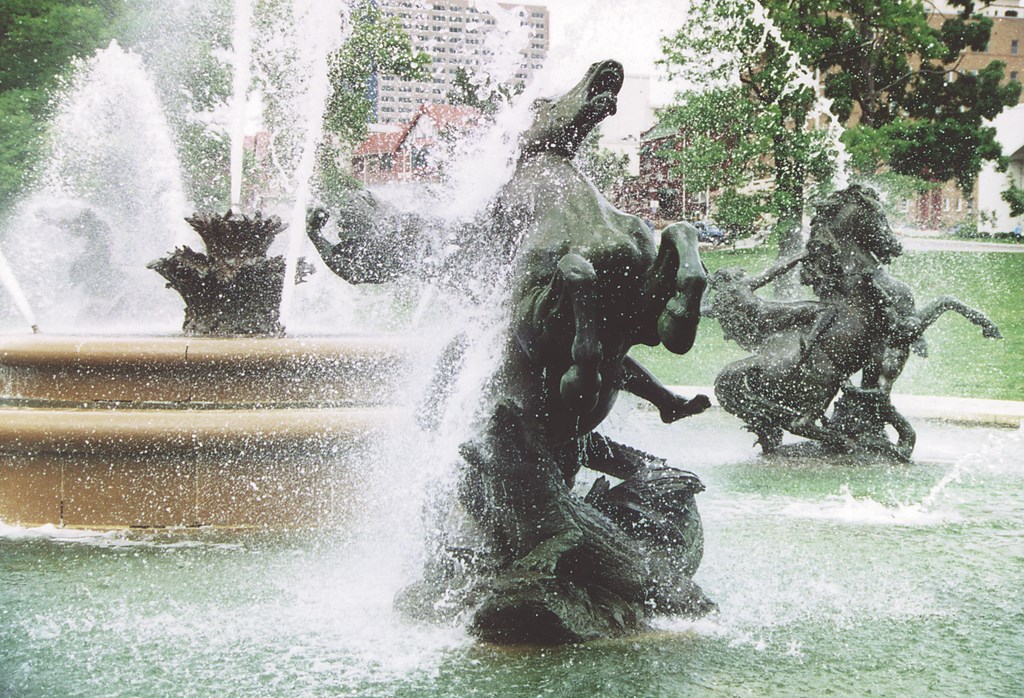 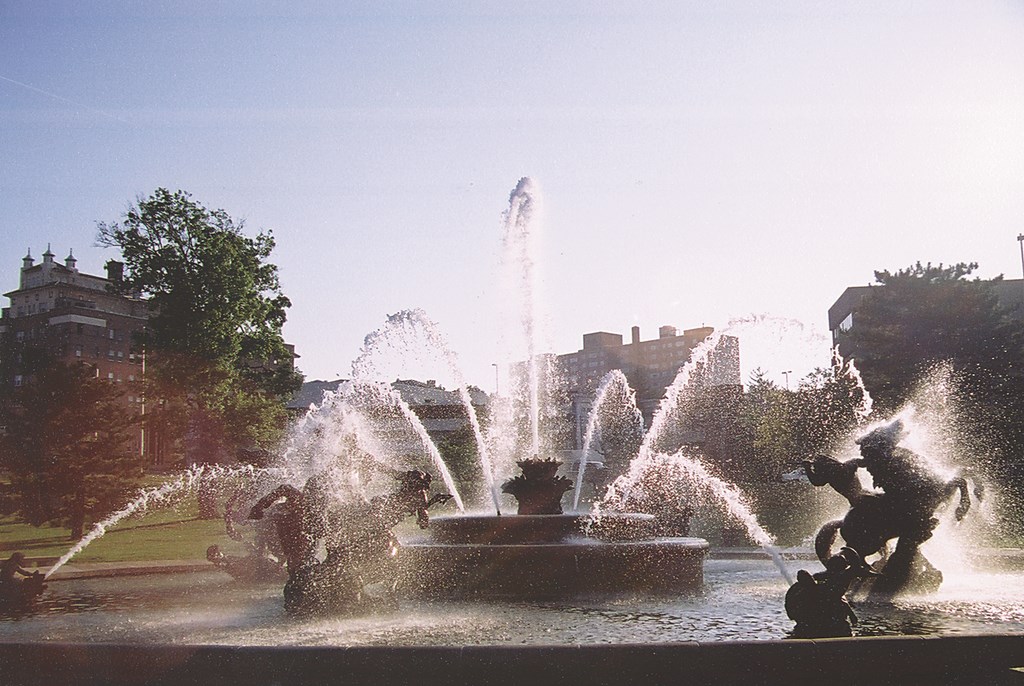 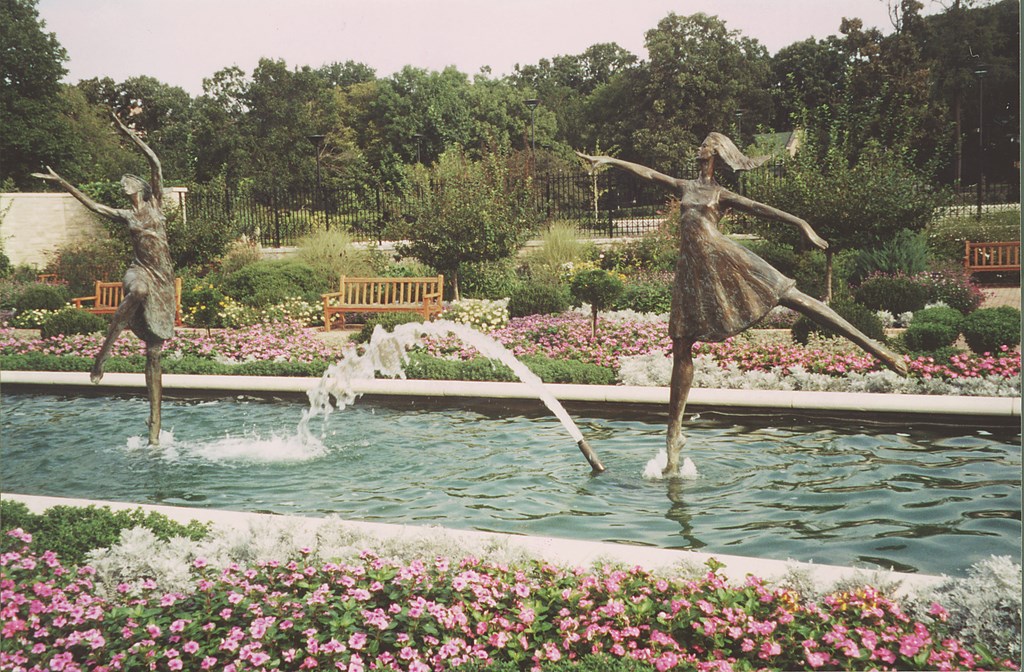 This decision would set the tone and establish a culture of creating beautiful public areas that would guide the development of the city straight through the 20th Century.

Growth accelerated through the early years of this period largely through the efforts of one man – developer Jesse Clyde Nichols, who began building homes in Kansas City’s burgeoning neighborhoods in 1905. He single-handedly created large residential areas and, in 1907, set up a 10-acre subdivision that incorporated portions of Kessler’s original plan.

The key, as history has shown, was Nichols’ desire to keep various of his developments connected with others. So he built broad boulevards and dotted them with plazas that featured fountains and statuary and, by 1922, undertook construction of the shopping district known as Country Club Plaza, which became a major cultural and economic hub for the city. This area featured Spanish styling and dozens of fountains and sculptures. 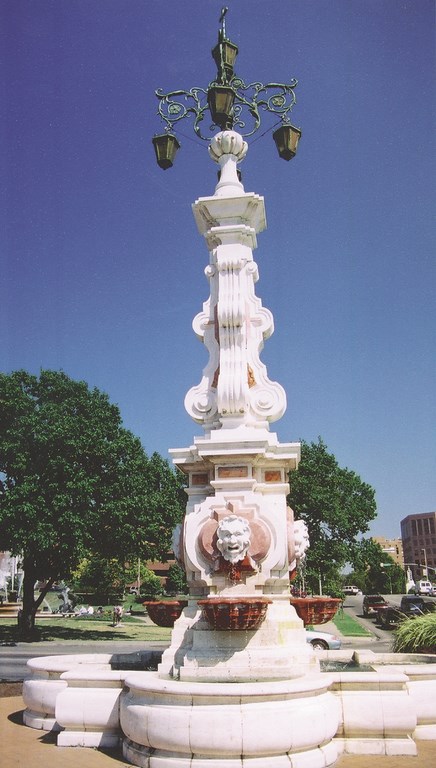 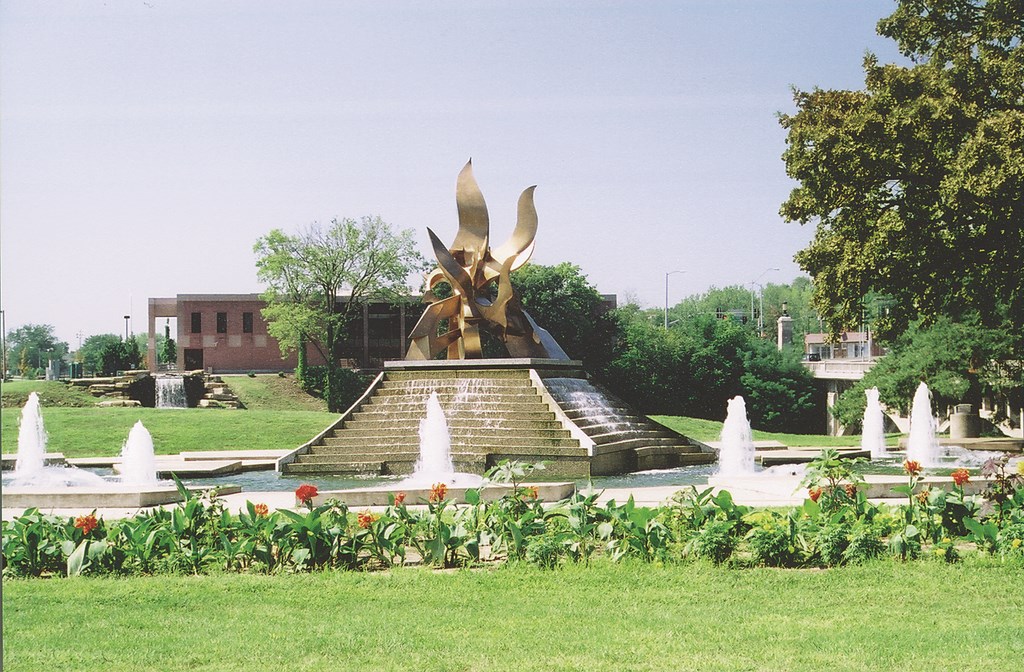 In the decades that followed, fountains were almost always part of the plans of any developers who wanted to gain public acceptance for their ideas. Before long, it seemed that fountains were part of every ambitious project – parks, subdivisions, buildings, shopping centers, memorials, residences or roadways.

In 1963, the city’s ever-growing number of fountains received a boost when Frank Vaydik, the director of public parks, launched a 16-year campaign to dramatically expand the size, function, quality and programs of the city’s park system. It’s quite a legacy: Many of Kansas City’s most stunning fountains were built during Vaydik’s tenure.

By 1973, The City of Fountains Foundation had been created to develop national awareness of Kansas City’s many beautiful fountains. The not-for-profit foundation supports the development, construction and maintenance of fountains (old and new) in the greater Kansas City area and does all it can to make certain people across the country are aware of this midwestern treasure.

What I find so exciting is that, unlike more historic fountains found in places such as Rome or Paris, the fountains of Kansas City are still being built. It’s a city that encourages and celebrates the art of watershaping in the here and now as much as it reveres and celebrates the past. Almost every year, it seems, a new fountain is built in one public place or another or in conjunction with a new commercial development.

As you travel around Kansas City today, you see example after example of the sublime power of water to create and inspire public places with beautiful views and a sense of civic identity. It’s a tradition this citizen hopes will continue indefinitely.

Curt Straub has been active in the pool industry since 1962, when he joined his family’s construction company as a laborer working on backyard installations in the greater Kansas City, Kan., area. In 1970, Straub moved into the front office and headed up the company’s design and sales teams, a position he held until 1990, when he founded Aquatic Consultants. A specialist in pool and spa design, he offers mediation and conflict-resolution services along with his emphasis on structural evaluation. Straub is a long-time member of the American Concrete Institute’s Kansas Chapter and is past chairman of ACI’s swimming pool committee. He is also a past board member of the Master Pools Guild.