Although many people in today’s pool industry may not be old enough to remember Arneson, he is largely credited with changing the industry in the early 1960s by popularizing the automatic pool cleaner (APC) with his company’s iconic Pool Sweep. In doing so, he also revolutionized the way pools were promoted and sold as one of the first to focus on the consumer experience.

Arneson was also a pioneer in the powerboat industry. His invention of the Arneson Surface Drive was the first successful propulsion system of its kind, an innovation that changed the face of powerboat racing and, indeed, much of the boating industry.

“He was an amazing person. There was no one like him,” says long-time friend and employee, Vance Gillette. “There was no one like him. He had amazing charisma and a unique ability to influence others, and especially those of us who worked for him. He certainly changed my life and influenced how I approached promoting the industry’s products throughout my own career.”

Gillette worked for Arneson Products from 1966-75 and would later become vice president of manufacturing giant Jandy Industries and himself become a widely influential figure in the industry. In his days working for Arneson, Gillette watched the Pool Sweep rise from an obscure and even unwelcome idea at first to become one of the industry’s best-selling and most transformative products. “Even now I don’t like referring to the Pool Sweep as a product,” Gillette says. “It was a solution to a major issue. Howard liked to say, ‘We’re not selling a pool cleaner, we’re selling a clean pool.'” 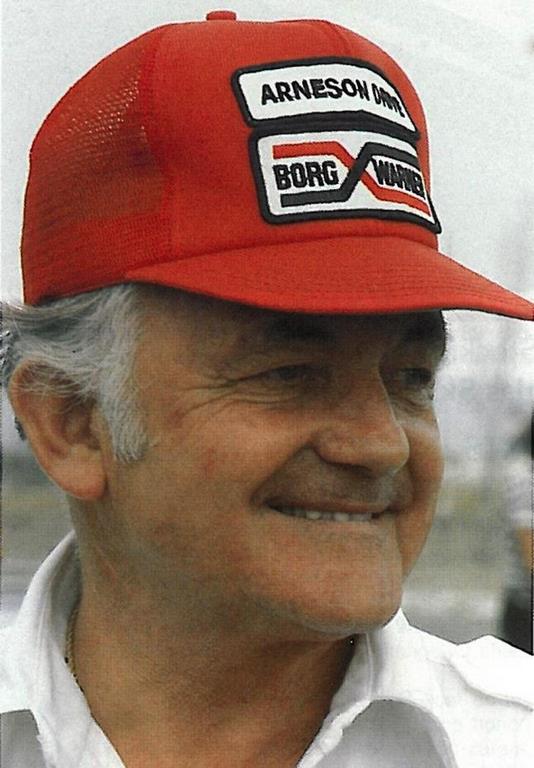 Although credit for inventing the automatic pool cleaner goes to Andrew L. Pansini, founder of the Jandy Industries — who first thought of the idea watching a hose whip around in the bottom of his pool at his home in northern California — Arneson worked at Pansini’s side developing the first APC prototype. Later on, he acquired manufacturing rights from Pansini and would go on to make history with the Pools Sweep, the first popular version of the product.

Pansini’s son, Andrew A. Pansini, former Jandy CEO, remembers how Arneson was a fixture in his family’s home. “When I was a kid, he was always around and was in many ways like a second father,” he says. “Howard and my dad were both characters, always working on some new invention and usually having a great time together in the process. There was always lots of laughter and excitement and it left a huge impression on me, and a lot of other people.”

As both Pansini and Gillette recall, when the APC came onto the market in the early 60s, the residential swimming pool industry was starting to expand with the widespread migration to the suburbs in the post WWII era. At that time, the primary reservation homeowners had when it came to purchasing a pool was the effort required to maintain it.

“The Pool Sweep solved that issue,” Gillette says. “easing maintenance, more people opened up to the idea of buying a pool, which I believe led directly to the industry’s expansion in the 60s and into the 70s. solving that one problem, Howard paved the way for the development of the industry that we see today. But that’s not to say the Pool Sweep was an overnight sensation.”

According to Gillette many in the industry at first viewed the product as a threat, especially to service businesses. “They just didn’t understand it,” he says. “It took a tremendous amount of time promoting the benefits, but eventually we convinced people in our industry that this product was an asset they could use to improve their customers’ ownership experience.”

Pansini agrees: “Removing the drudgery of cleaning the swimming pool opened up the industry and made owning a swimming pool more of a luxury than a chore.”

Beyond his success in the APC market, Arneson became famous for the passionate and inventive way he approached all aspects of life. “He was always fun to be around and set a strong example,” Pansini recalls. “I remember he owned an old Volkswagen Karmann Ghia that he had customized with a Porsche engine. He would love to show me how fast his little car could go. He told me that there were three things in life that he wanted, fast cars, fast boats and fast women. Then he added that two out of three was not bad. Howard owned a lot of fast cars and boats during his lifetime.”

“He hired me when I was 18,” Gillette recalls. “the time I was 21, he was sending me all over the country to places I’d never been, spreading the word about this amazing product that could change the way people interacted with their pool. He taught me how to engage people and share his vision. He truly believed he had the best solution and convinced countless others. Not only did the product work, but he had an amazing way of inspiring others to embrace his vision.”

That passion defined nearly everything he tried, Pansini recalls. “In one of his powerboat races he flipped the boat over. Fortunately he escaped without any serious injury. His wife, Eva, made him promise that he wouldn’t race again, but he never lost his love for fast boats and cars. He would continue to purchase the newest fast car that would come along and he owned and built many offshore racing boats.You could hear the roar from his boats’ engine all over the San Francisco Bay area!”

Today, his echoes also continue to reverberate in the pool industry. “Not too many people can say created an entire product category,” Gillette says. “Even fewer can claim they completely transformed an entire industry. Howard Arneson was one of those people.”