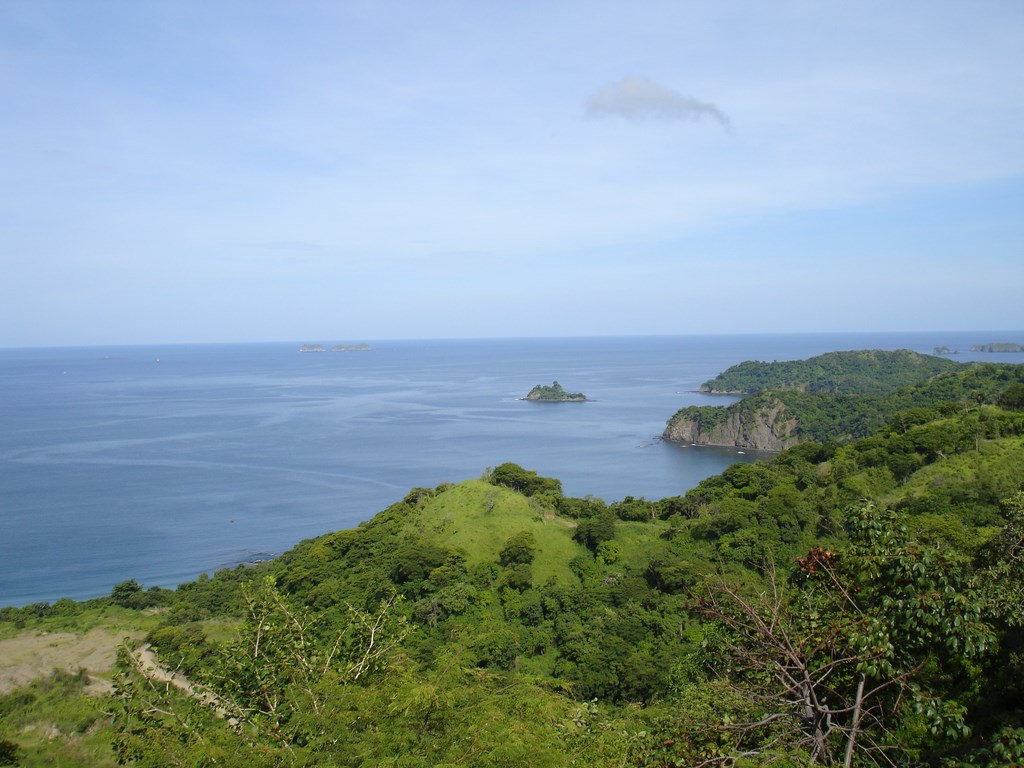 In Costa Rica, the people have a saying, pura vida, which in English roughly translates to “pure life.” We also are known to say, cual es el apuro, which means, “What’s the hurry?”

Those two unofficial national slogans reflect the essence of life in this country, where relaxation, an appreciation of natural beauty, love of family and a peaceful spirit are defining characteristics for the society.

But even in a place like Costa Rica, where the pace of life is slow, relaxed and easy, timing is still everything. About three years ago, it occurred to me that a variety of social and economic factors were creating a watershape market in Costa Rica in which a truly high-end, quality-oriented custom company could become quite successful.

Those factors – Costa Rica’s rising profile as a destination for vacations and immigration and its well-known tropical climate, stable government, friendly people, beautiful beaches and more – have all contributed to making the country one of Latin America’s most desirable places. In fact, we’ve seen a tremendous influx of Americans and Europeans drawn by the affordable real estate to a place that is just as welcoming as it is exotic.

Lots of our visitors are in a buying mood, purchasing second homes, retirement spots or snapping up tracts of land for real estate speculation. American enclaves have sprung up in several locations, complete with golf courses, luxury resorts, hotels, condominium developments, modern amenities of every kind and a growing number of American-owned and -operated private schools.

With this well-heeled migration has come a large number of affluent people who have created a demand for the same sort of beautiful swimming pools, spas and waterfeatures that are becoming so common in the United States. Until recently, however, nobody working in my country focused on the design, engineering and construction of these custom watershapes. Having spent most of my life in the rank-and-file pool business, it dawned on me that the time was right to swing up to the high end. 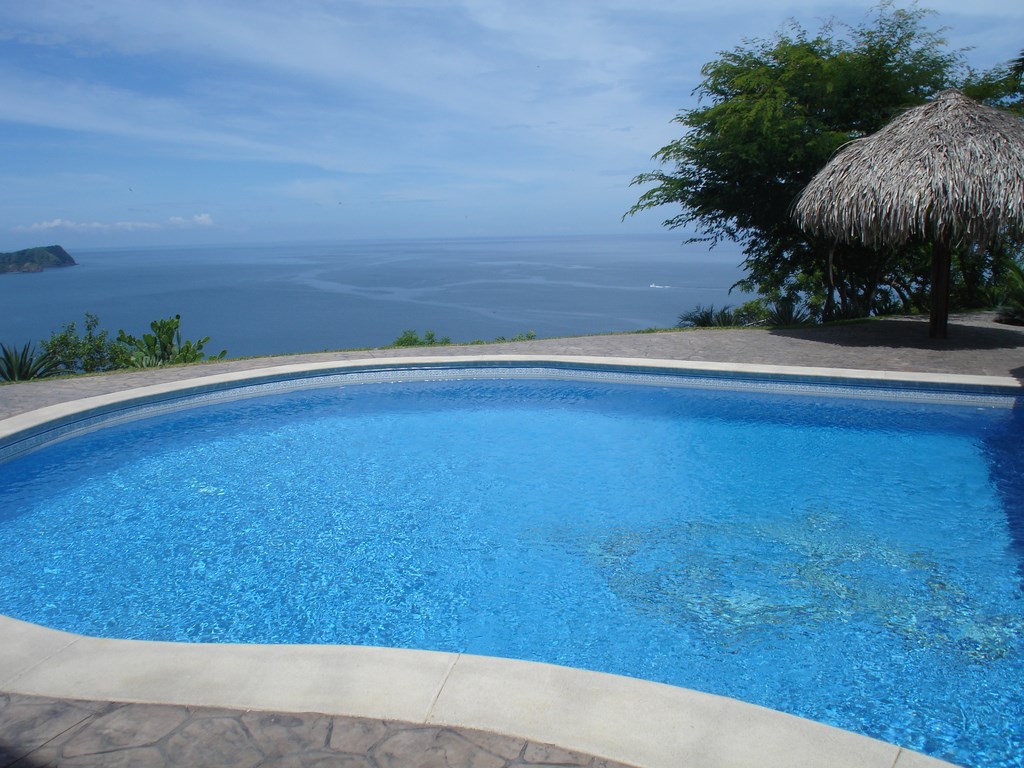 Costa Rica’s seductive appeal stands at the heart of this trend. Beyond the country’s physical beauty and warm culture, there’s also a stable democratic government, a sensible court system and growing economy. There’s no standing army, and we’ve seen neither internal nor external military conflict in more than 70 years. The crime rate is low, and the thriving economy is appropriately focused on agriculture, tourism and manufacturing.

Moreover, Costa Rica’s tax laws and laws governing foreign ownership of real estate are designed to attract investors. To be sure, real estate prices have increased in recent years – in some cases dramatically, especially along the coast. But compared to many regions in the United States and Europe, even prime property is comparatively affordable.

The country is roughly the size of West Virginia but has a population of just four million. There’s a low infant-mortality rate, and fully 96 percent of the people are literate. The landscape is dominated by tropical rain forest on the Caribbean side and by tropical dry forest on the Pacific, and less than 15 percent of the land is developed. There’s tremendous diversity of plant and animal life, and the country is also known for world-class fishing, diving and surfing.

What happens is that Americans or Europeans hear about Costa Rica and come for a visit. When they see the land and interact with the people, the decision to invest and/or move here becomes as much an emotional issue as a financial one. The warm weather, the lavish greenery draped over the hilly and mountainous terrain and the warm, sweeping expanses of coastline give the visitor a feeling that they have come upon an undiscovered paradise.

Of course, every paradise has its rougher edges. In many areas outside the cities, for example, the infrastructure remains relatively undeveloped: Many roads are unpaved, and modern amenities such as electricity and public water have not reached some remote areas. There is, however, comprehensive cell phone and Internet service throughout much of the country.

In short, it is a place where the immigrant population has been welcomed, has settled in and is now coming to expect the sort of luxuries and comforts to which they’ve been accustomed back home, wherever those luxuries might happen to be. One result of this process is a dramatic increase in the demand for custom watershapes.

My company is uniquely positioned to recognize and meet this demand. My family’s business, Piscinas Acuarium, was the first-ever swimming pool firm in Costa Rica. It started in the early 1970s: I grew up in the business and have been building pools for more than 25 years. Through most of those years, we produced affordable pools that were built for quality but were not particularly distinguished when it came to design. 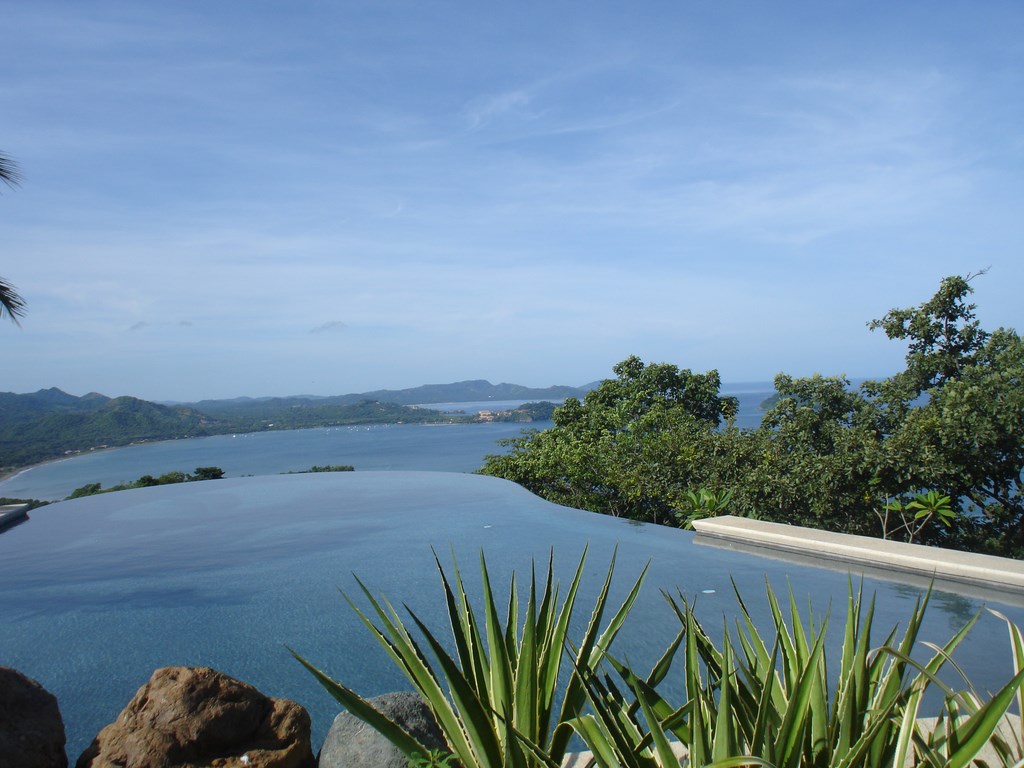 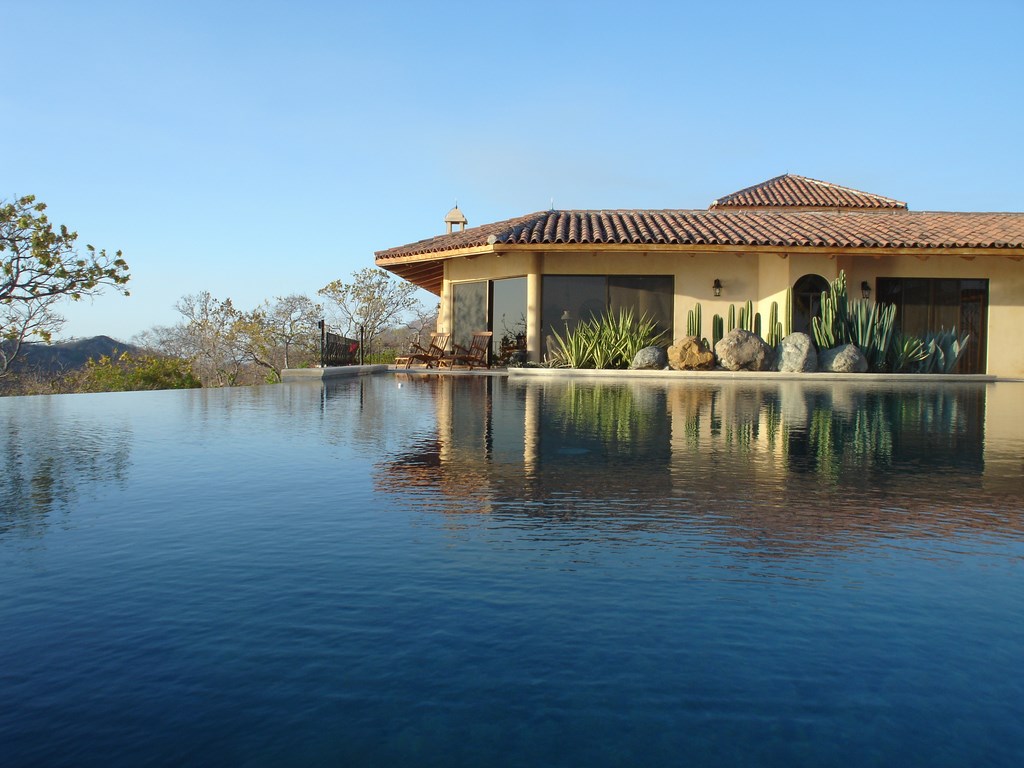 Although I could see the emerging demand for performance at a higher level, I wasn’t quite certain how to approach the market from a new perspective. That was when I heard about the Genesis 3 schools and, in November 2003, attended the Level I and II schools back to back at Morro Bay, Calif.

This exposure to the philosophy and passion of David Tisherman, Brian Van Bower and Skip Phillips opened my eyes to a path to a higher ground. In fact, I retuned to Costa Rica fully believing I’d found the answers to questions I had been asking myself throughout my entire career. Just seeing other people actually doing work that I had only been able to imagine was an enormous inspiration.

There’s no question I was primed for a transition: I had already separated myself from the family firm and opened my own business, Piscinas Roca, in 1995 in the northwestern part of the country. And when I returned from California, I closed my doors and completely rebuilt the firm from the ground up, repositioning it exclusively for high-end, custom work and renaming it Aquart J. Roca Disseny.

It was risky, but once my eyes had been opened to the potential of applying artistic design, quality materials and complex systems, I knew that I could not revert to the way things had been before.

The biggest challenge we faced in our revamped business had to do with raising awareness of what we now had to offer among architects and landscape architects working at the high end. I needed to spread the idea that a whole new level of work was available in the country. I took my lumps for a while, but I knew I was in it for the long haul and stood my ground.

What I had to do was break the traditional way of doing business – a system in which architects were hired to design and manage entire projects, including the pools. What I had to do was make clients see that if they wanted a truly high-end watershape, they needed to work with a specialist. 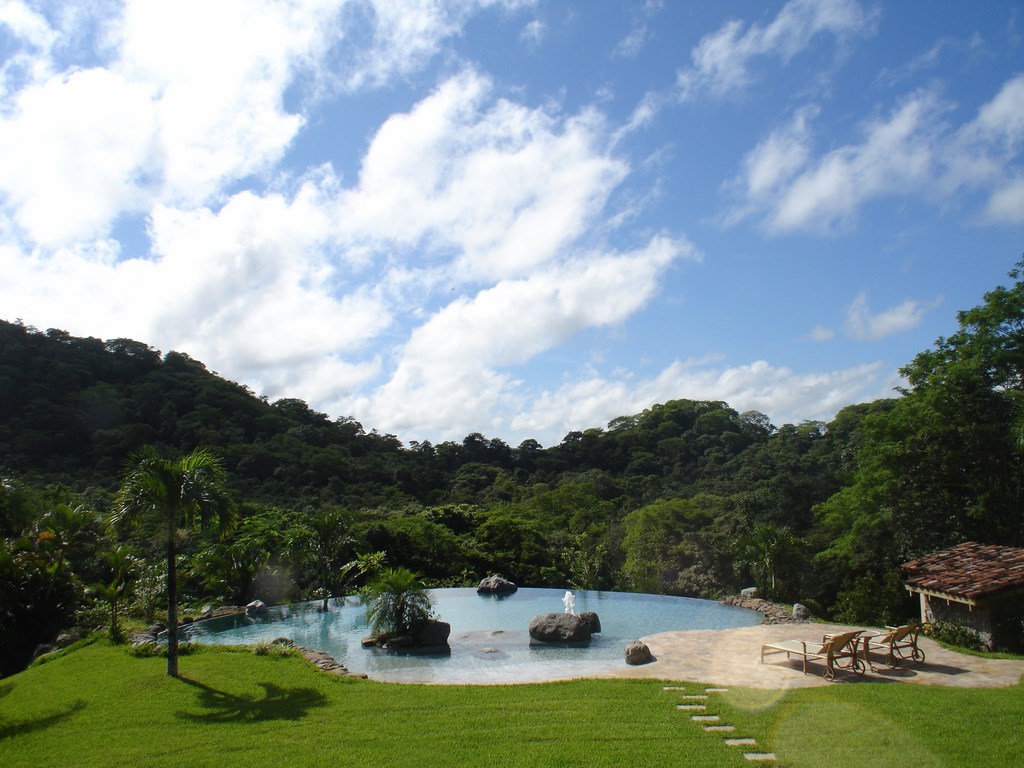 There was no short cut. I spent months in networking with architects and landscape architects, and I definitely exploited the fact that I had been in the business for a long time in getting doors opened and having my ideas heard. Before long, I found myself designing some tricky hillside pools on spectacular hillside properties with beautiful custom homes, but it was still painfully slow going.

To get the ball rolling more swiftly, I designed and built a pool on my own property as a sort of “showroom” for clients and architects. It was large, with a curved, 70-foot vanishing edge, a small island, natural boulders, a fountain, a beach entry, beautiful stone decking and a pebble finish. I also picked up stone details from the home to demonstrate how watershapes can harmonize with settings.

(One unexpected benefit: The pool overlooks a beautiful valley with distant views of mountains, and I never cease to be amazed at how constant a source of inspiration it has become.) 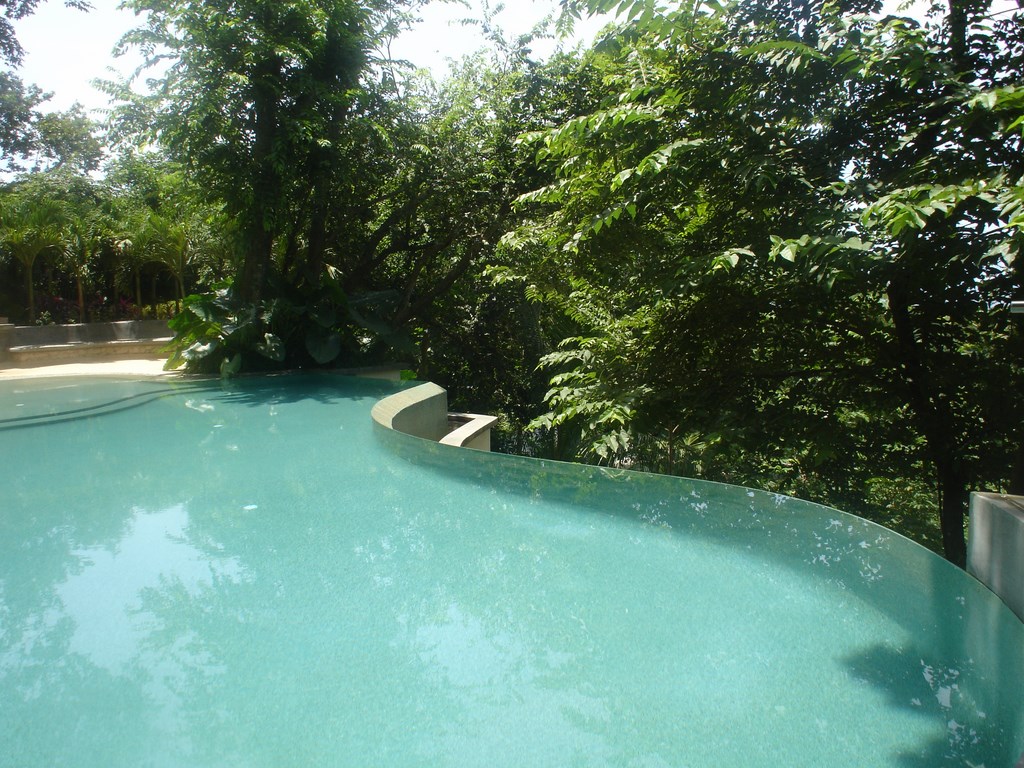 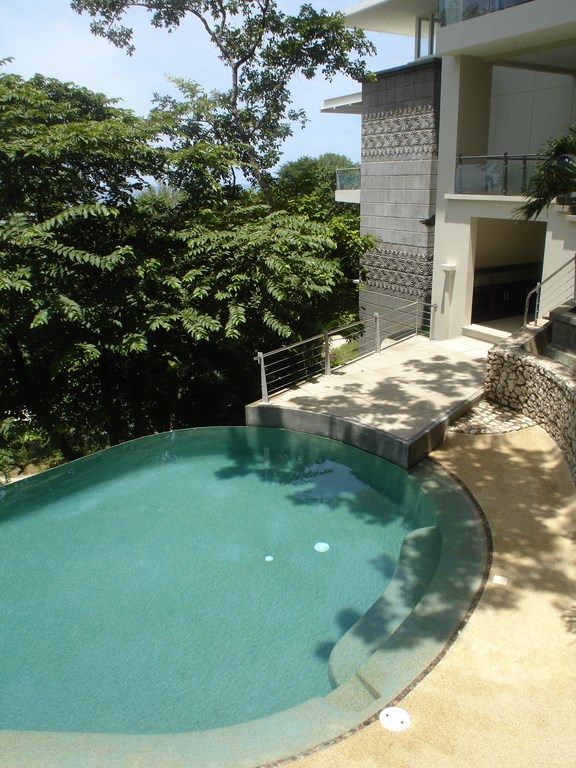 Because the architects with whom I was currying favor were in the habit of developing their own pool designs, I had to walk a fine line by suggesting changes that didn’t offend them. I also ran into the common issue that a great many of these architects created watershapes that were not always fully developed.

On one early project, however, I was working with an architect and ultimately met clients who wanted something truly spectacular in their backyard – something that fit with a breathtaking ocean view in the distance. I met with them and shared my thoughts about a vanishing-edge detail that would echo the shoreline of the distant bay.

The clients loved the idea and insisted that the architect go forward with my design instead of his. It was just the break I needed.

One of the key points behind this project was the fact that the architect’s original design for the pool didn’t completely address the requirements of the hillside setting and could not really have been built as planned.

Given the fact that so many of the Costa Rican properties now being developed sit atop hillsides, my performance with these ambitious clients gave me the credibility I needed to go after and persuade a number of prominent architects in the area that that fully maximizing the aesthetic potential of these beautiful properties needed the participation of someone like me who understood how to design for – and build on – challenging terrain. 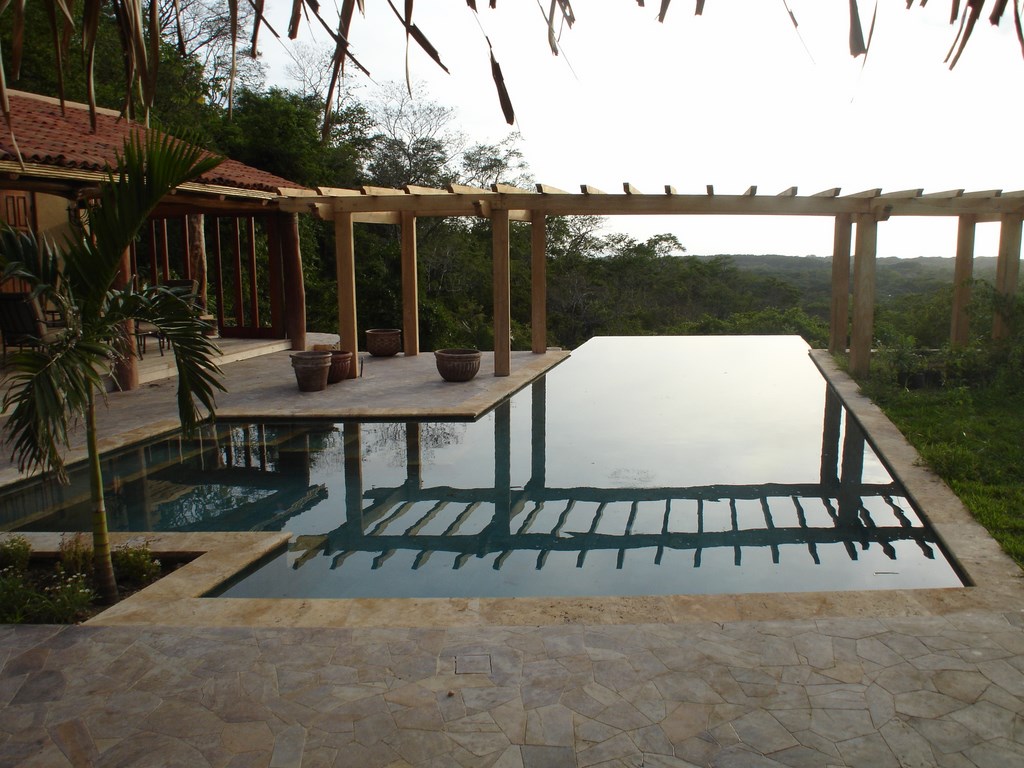 Slowly but surely, I worked my way into a string of jobs that have in turn led to referrals and numerous opportunities ever since.

As this was happening, I had to confront some business basics: We needed, for example, to work out access to construction materials and find skilled labor, and we also needed to address issues related to working in remote locations. It has taken patience, but we’ve developed ties to several firms that have helped us in ways both large and small, including Oceanside Glasstile of Carlsbad, Calif.; Jandy of Petaluma, Calif.; and CLI in Orlando, Fla.

I’ve also undertaken the recruiting and training of a skilled, local workforce, including plumbers, tile setters, electricians and masonry crews. In all of this, I have counted on the emotional and practical support of people I’ve met through Genesis 3 and know I wouldn’t have advanced this far without the education the schools gave me in drawing, art history and design. 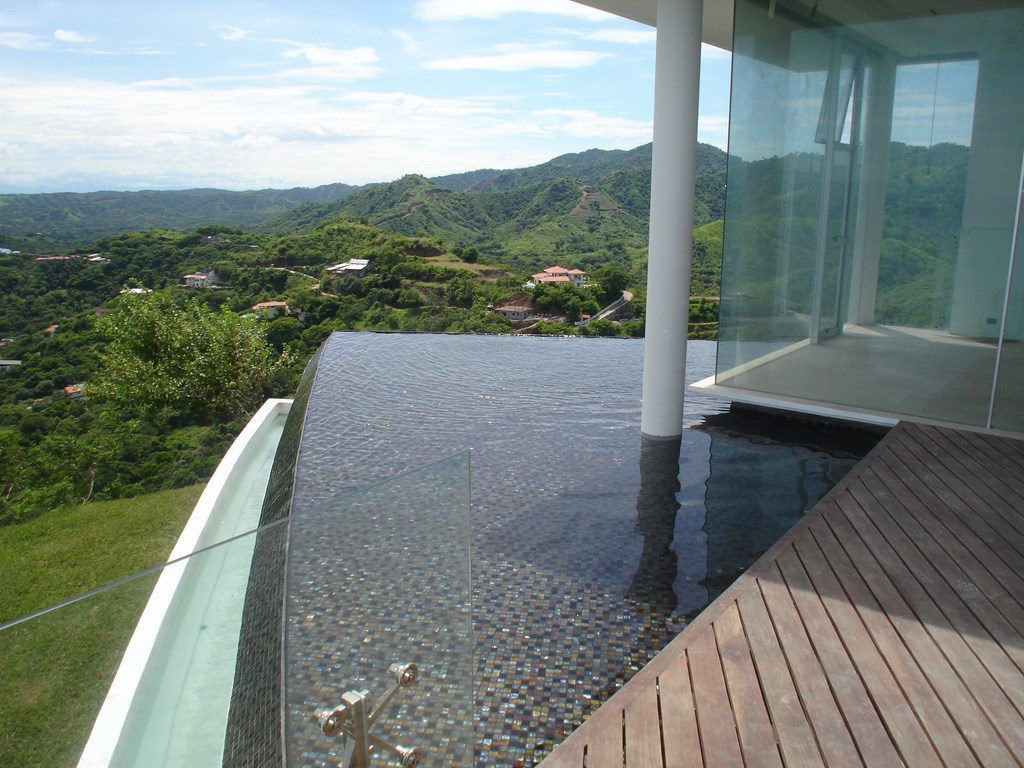 At this writing, I’m completing work on the most spectacular pool I’ve ever designed and built – a big, vanishing-edge vessel with the largest shallow-water lounging area I’ve ever seen. The pool is integral to the structure of an ultramodern hilltop estate home, drawing energy from a spectacular ocean view as well as the soaring architecture of the home itself.

It’s all coming together. In fact, we’ve come a very long way in a relatively short time, and everyone involved is immensely proud of the projects we’ve completed in our revamped company.

People have called me a pioneer and have pointed out that I’ve reshaped the industry in Costa Rica, but that was never my goal. Instead, what I had in mind was to design and build projects that stood up as legitimate works of art – projects that would have stayed only in my imagination had I not encountered visionaries who were actually doing the work in other places.

Yes, it’s all coming together.

Juan Roca is founder and principle of Aquart J. Roca Disseny in Gunacaste, Costa Rica. Born in Barcelona, Spain, Roca moved with his family to Costa Rica, where they started the country’s first swimming pool company, Piscinas Acuarium, with which Roca began his career in swimming pool construction in 1975. In 1995, he started his own company, Piscinas Roca, and reconstituted it with its current name in 2003 with a complete focus on high-end custom work. Roca is a platinum member of Genesis 3.