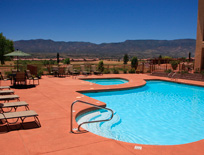 There’s no way around the fact that volatile organic compounds (VOCs) are nasty stuff.

They smell bad, they are highly flammable, they damage the atmosphere and they can be acutely toxic to human and other living beings. At the same time, however, sealers, coatings, adhesives and strippers made with VOCs as their primary solvent are cheaper and in many cases perform better than do the alternatives — although water-, citrus-, and soy-based materials are gaining ground due to environmental concerns, worker safety issues and government regulation.

Let’s start by looking at what VOCs are, first at the organic compound part of the name. There is no perfect definition of organic compounds, but they all start with a carbon molecule and most are based on a carbon-hydrogen bond. The organic compounds we’re interested in, the VOCs, are volatile, meaning they evaporate rapidly into the air at about room temperature.

All that said, the term VOC also has a legal definition created by environmental regulatory agencies. It identifies chemicals that, with sunlight, can react in the atmosphere to produce ozone, leading to smog. Oddly enough, the majority of VOCs in the environment are released naturally by trees, but the largest manmade source is solvents, so that’s where regulation has focused in order to reduce smog and improve indoor air quality.

VOCs began to be regulated in the United States in the 1970s. The original targets were paints, but the scope evolved to include concrete coatings as well under the classification of architectural and industrial maintenance (AIM) coatings. Today, the U.S. Environmental Protection Agency limits on VOCs in AIM coatings apply to the entire country, but certain states or regions have adopted more stringent requirements. To say the regulations are complicated is an understatement.

This is especially true in California, where the entire state is subject to the Suggested Control Measures of the California Air Resources Board (CARB). This board breaks VOC requirements down into more than 100 different product categories, including coatings, sealers, stains and waterproofing — each with different limits. Then there are 25 different air control districts within California, each with slightly different requirements. In addition, on January 1, 2011, a new California Green Construction Code takes effect and sets reduced VOC limits for most of the state.

On the opposite coast, the Northeast Ozone Transport Commission (OTC) has set standards that have been adopted by 13 Northeastern states. These requirements are similar to the CARB rules, but with slightly higher limits on 55 categories of AIM coatings. To the north, on September 9, 2010, the entire country of Canada adopted regulations similar to the OTC requirements.

“There is pressure to keep nudging the numbers down,” says Dwayne Fuhlhage, director of regulatory affairs for Prosoco, Inc., a supplier of concrete protectants based in Lawrence, Kan., “but it gets more difficult because the products still have to work. Continuing to reduce VOCs reaches a point of diminishing return: In California, there’s not a lot of VOC left in the products.”

Designating the VOC levels in a product is basically left up to manufacturers. As you might imagine, they sometimes use loopholes in the regulations to make their products appear better than the competition’s. For one thing, there are VOCs that for various reasons are exempt from the VOC rules. “Exempt volatile organic compounds (such as acetone, T-butyl acetate or PCBTF) are used in the same way as standard VOC solvents but do not count as VOCs because of their exempt status,” says Doug Bannister, owner of The Stamp Store, a concrete stamping supplier based in Oklahoma City.

Another way the issue gets confused is that the VOC limit for a specific product is based on its intended use as identified by manufacturers in marketing claims. Products that have multiple uses are thus required to meet the most stringent requirements. “The regulatory category definition is as important as the category name,” wrote Fuhlhage in “Know Your VOCs,” a Prosoco white paper. “A film-forming water repellant marketed specifically for concrete and masonry would not be held to the category limit for a flat paint.”

An important thing to understand is the regulatory difference between VOC-emitting materials used indoors and those used outdoors. VOC requirements are intended to reduce smog, so they apply to all products used in a specific air quality management district. For indoor use, by contrast, the real objective is to determine a product’s impact on indoor air quality (IAQ). For this, the limits are found either in the LEED (Leadership in Energy and Environmental Design) system or in the new International Green Building Code (coming soon to a jurisdiction near you).

In LEED for New Construction (commercial buildings), for example, architectural coatings must have VOC content of less than 250 grams per liter to yield a point.

In reality, VOC requirements are not that meaningful for indoor air quality. To accurately assess indoor air impact, a manufacturer would need to have vacuum-chamber emissions tests conducted by an independent lab. “They apply the coating to the concrete and put it in a chamber that models an office or school in terms of typical airflow rate and temperature and humidity,” says Fuhlhage. “At day 14, they start testing — then create a report on the specific chemicals that show up in the air.

“Long-term,” he adds, “I see green building standards having these emissions standards as the primary criteria for indoor use products, but each emission test costs about $3,000 and every company has to test every product and retest every time there’s a formula change.”

And in today’s drive to make everything green, many projects will specify LEED requirements for products even if they have no intention of seeking LEED certification of a building. “I’d say 60 percent to 70 percent of the low-VOC products we sell are for use in buildings where there’s no effort to get LEED certification,” says Fuhlhage. “It’s a case of higher sensitivity, especially for a school or hospital: They don’t want complaints.”

In considering alternatives to high-VOC materials, it helps to look at why VOCs are used in the first place.

“Volatile organic compounds (solvents) are used in coatings to lower the viscosity for better flow, usability and penetration — or to dissolve certain types of resins, such as acrylics,” says Bannister.

So high-VOC materials are used when we need some sort of solvent, and water simply does not dry fast enough for most uses. “In water-based coatings,” Bannister says, “water is the main solvent replacement, but the product usually also contains a VOC solvent or an exempt VOC solvent to aid in film development. New water-based coating technology has improved such that many are equivalent or superior to solvent-based coatings — but they normally come with very high price tags.”

That price differential is significant. Many VOCs used today are byproducts of petroleum refining and are basically waste products, so the price can be kept quite low. New products, such as soy-based solvents, find it difficult to compete on strictly a cost basis.

“I don't think people would consider switching to soy-based products without government regulation,” says Dan Brown, general manager of Franmar Chemical, Inc., which makes soy-based strippers. “It wasn’t until the laws changed that users and manufacturers started looking at changing products. Our mastic remover is an affordable product at about 11 cents per square foot, but you can do the same job with xylene for five cents per square foot.”

To justify this extra expense, other factors must be considered, including worker safety and green benefits. Brown tells a story about a worker using a soy-based stripper who threw his cigarette butt right into the residue — an explosive situation with VOC-based strippers. “He told me, ‘I like using this stuff because then I can smoke on the job.’ Not really what I’d hope to hear, but true nonetheless.”

The soy-based products use an ester distilled from soybean oil — a solvent that is equivalent to the biodiesel sometimes used to run internal combustion engines. “It’s a solvent and it behaves like other solvents, but it evaporates very slowly,” says Brown. Soy-based strippers have to be cleaned up after use because, unlike VOC solvents, they don’t evaporate. “Make sure it is cleaned up properly or else there’s a residue that will prevent adhesion of coatings or floor coverings.” That cleaning is done using water in a tightly defined procedure.

Solvents are with us to stay — and so too, probably, are VOCs. But rules will continue to evolve and tighten, so be sure to look closely at manufacturer claims and get the best products for your application and customers.

William D. Palmer Jr., P.E., is with Complete Construction Consultants, where he develops technical and educational resources for the construction industry. He can be reached at This email address is being protected from spambots. You need JavaScript enabled to view it..