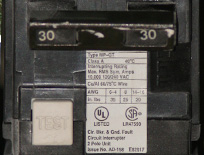 Do you really know the difference between grounding and bonding?

If you do, great. But the truth is that most people — including lots of construction-oriented watershapers who should know better — do not understand this fundamental distinction, which is why this and my next feature for WaterShapes EXTRA! will cover these two concepts.

The key point to absorb right away is that, although grounding and bonding are closely related and oftentimes even connected, they play distinctly separate roles, both of which are critical to electrical safety — especially in the context of bodies of water intended for human contact and immersion.

What they do is based on a simple, unavoidable fact: Electricity always seeks either the best path to ground (earth) or the path of least resistance. By intent, both grounding and bonding are meant to keep electricity flowing along a controlled path on which it causes no harm.

Next time, I’ll more directly define bonding and grounding in the context of watershape systems, but before I get there, let’s look at some components designed to help prevent a range of electrical hazards.

A grounding conductor is used to protect us from tools, equipment and devices that use electricity to operate. These grounding conductors ultimately connect to a grounding rod installed near the service-entrance panel — that is, the box where a structure’s electrical circuitry connects to the utility company’s supply circuits. Within the panel, a neutral lug bar and a grounding lug bar are bonded to its metal cabinet.

In the event age, wear or damage produces a short circuit within the tool, thereby allowing the hot and neutral wires to come into contact or get close enough together for the flow of electricity to arc across a small gap between them, the exposed grounding conductor is there to give the errant electricity an alternate path to return to the service entrance panel for discharging.

A ground-fault circuit interrupter (also known as a GFI or a GFCI) brings an additional layer of protection to the grounding system described immediately above. What it boils down to is that in certain situations, the grounding conductor may not present the electricity with the best path to ground.

These devices are classified as special circuit protection devices and, like the circuit breakers in an electrical panel, they monitor the flow of electricity — out via the hot conductor and back via the neutral conductor, from whatever tool or appliance is in use via a GFCI outlet. If the slightest difference arises between the two, the GFCI disconnects the circuit, thereby protecting the user.

Generally speaking, the tripping of a GFCI indicates that a downstream device has a short circuit. This is why GFCIs are required in bathrooms, kitchens, garages and for outdoor receptacles: The combination of a short circuit with the presence of water in any of those locations presents a serious electrocution hazard.

To demonstrate why this is important, let’s look at two situations — with one small, but very important, variable.

In the first instance, a worker is using a circular saw that has developed a short circuit in its motor windings. The winding short-circuits the electricity to the grounding conductor in the saw, and the errant electricity travels down the grounding conductor within the saw’s cord and ultimately through the third prong on the plug to the structure’s grounding conductor. It then travels to the service entrance where it eventually is discharged into the earth. The worker might not even feel a shock, basically because all of this happens at incredible speed.

So let’s change the scene a bit: The same worker picks up the same saw, but this time is standing on a freshly mopped and still-damp floor. In this situation, the water on the floor causes the worker to become a better ground than the conductors by virtue of increasing the conductivity between his boots and the floor. So now when the saw short-circuits, the electricity will flow through the worker and discharge into the ground through his wet feet. Because the man is now a part of the circuit’s path to ground, he is fatally electrocuted — not a pretty picture.

An arc-fault circuit interrupter (AFCI) serves its purpose by breaking the circuit when there’s a break in the insulation of a tool or appliance cord or internal wiring. The arcing that results on unprotected circuits is the cause of most home fires, and it’s not just about old or crimped cords: Any sort of break will do, as when a poorly placed nail cuts into a run of Romex when you hang a picture on the wall.

A GFCI might not detect such a situation, as the electricity flowing out and back is still in balance. In the meantime, the nail that has pierced the hot and neutral conductors will heat up and eventually overheat to cause a fire. This is why AFCIs are now required on all bedroom circuits and probably should come into even wider use around homes and workplaces.

It is important to understand the differences between GFCIs and AFCIs: They are definitely not the same thing and provide distinct types of protection.

If an AFCI was inadvertently installed on a bathroom circuit, for example, the circuit would not detect a ground-fault condition if a short circuit developed in, say, a hair dryer. AFCIs are designed to prevent fires, while GFCIs are meant to provide people with an additional layer of safety from electrocution in wet or hazardous locations.

While it is difficult to confuse the two devices in the field, it is important nonetheless to know one from the other and understand how each device plays its protective role.

Next time, we’ll build on this discussion in clarifying the differences between bonding and grounding.