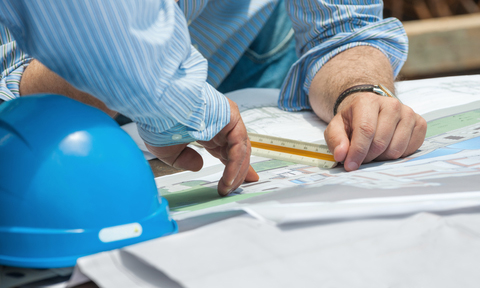 While he understands why some homeowners might think that acting as their own pool contractor is a good idea, Paolo Benedetti also knows it's likely to be a huge mistake.  That's why he wants professional watershapers to get involved and be part of the solution.

How many times have you been called in to look at a project by a homeowner who’s already made the bold move of acting as his or her own contractor?  I’ve seen these sorts of watershapes too many times through the years, and the results don’t tend to be pretty on any level.

I guess I can understand what leads homeowners down this path.  Encouraged by what they see on the web, they figure that the typical pool or spa or fountain or waterfeature contractor is essentially someone who has accumulated a good list of subcontractors.  “I know what I want,” they’ll say, “so why not cut out the middleman and save some money?”

And they can find subcontractors and they can get things going, but generally they’ll learn that there’s more to being a contractor than the ability to search the web and make a few phone calls.  The big problem, of course, is that these do-it-yourself homeowners don’t know what they don’t know and are in no position to manage and supervise a major construction project.  So when something goes wrong, it can really go wrong – and the homeowner is the only one standing there to take the blame, even though he or she might not be fully willing to accept it.

My purpose in writing here is to suggest that, as an industry of designers, engineers and contractors of various descriptions, we need to do a bit more to steer consumers away from this particular folly.  But first, let’s define the issues in the clearest possible terms.

So a homeowner, let’s call him Robert (although it might be Roberta just as often), decides he wants a watershape and, after some investigating, has decided to be his own contractor.  In all likelihood, he picked this idea up after finding a “construction consultant” who claims to have the ability to save Robert thousands of dollars.

In most cases, this is an immediate danger sign Robert has overlooked in the interest of saving some cash.  And these “consultants” (I feel compelled to put that word in quotation marks because I see it as an undignified and unwarranted use of a perfectly good term) are as unlicensed as they are plentiful.

If Robert had been a bit wiser, he would have dug deeper and learned that these unlicensed “consultants” are typically trying to escape the expense of running a lawful, legitimate consulting or contracting firm.  For one thing, they dodge the cost of liability insurance and likely couldn’t qualify to get a policy even if they were willing to shell out for the coverage.   Reputable contractors have liability insurance to protect Robert and his property in the event of any calamity.  Reputable contractors also have insurance certificates from each of their subcontractors. 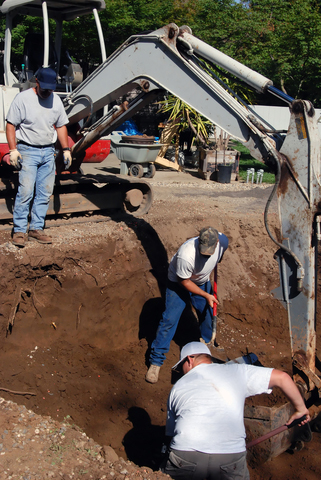 Everyone involved should be licensed, everyone should have liability insurance.  If the “consultant” can’t share this documentation, Robert has just ignored a huge red flag.

Licensing is important, because a “consultant” who lacks the proper certification will leave Robert with little recourse in the event something goes wrong.  (Statistically speaking, there are precious few projects in which absolutely nothing goes wrong.)  In California, possession of a state-issued contractor’s license means that there’s a license bond on file with the state.  If problems arise, the state will support Robert’s interests – but not so with an unlicensed “consultant.”

Getting a license also entails some work on the part of the contractor.  He or she must have years of practical experience in actually building watershapes to qualify.  He or she must pass tests on applicable laws and business practices.  He or she must also pass specific competency tests to assure consumers that he or she has a minimum competency when it comes to workmanship practices within the watershaping trades.

And lest we forget:  A licensed contractor cannot have any record of criminal convictions.  This isn’t the case with the “consultants” we’ve been discussing.  For all Robert knows, he or she could have a fraud conviction in his or her past; creepier still, he or she could be a registered sex offender or ex-con, and Robert would have no way of knowing.

While the state licensing board is helpful and provides a major layer of consumer protection, it’s not the Better Business Bureau or any other sort of consumer-protection entity:  It doesn’t keep records on people who don’t have licenses, nor does it maintain any sort of registry of those who’ve been prosecuted for operating without proper licenses.  This, unfortunately, gives “consultants” room to maneuver – and leaves a less-than-wise Robert all alone.

Again, Robert is a victim of not knowing what he doesn’t know.

Perhaps if he’d spent enough time doing his homework before getting bewitched by his “consultant,” he would have learned that licensed contractors insulate him by being required to pay their subcontractors and obtain lien releases from them.  These two practices protect property owners like Robert from becoming the targets of unpaid subcontractors who might seek restitution by placing a lien upon the property.  As Robert might eventually learn, even stale liens can taint the title to a property, making a future sale difficult.

Licensed contractors must also maintain a minimum level of financial stability to operate a legitimate firm.  Not everyone runs a perfect business by any means, but the possession of a license offers consumers a reasonable assurance that the contractor is motivated to participate and succeed in the marketplace.

Another indicator of stability is that licensed contractors cannot hide within their web sites:  They must publish a physical address, a license number, the owner’s name and a telephone number on all web pages and advertisements.  They are not allowed to scurry into the crevasses of the Internet. 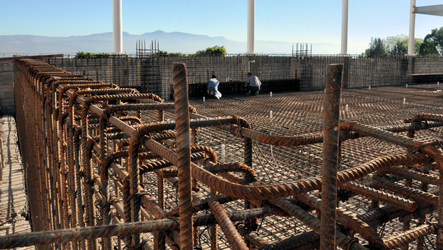 None of that applies to “consultants” and their web sites:  It’s rare to find a physical address, impossible to find a license number and difficult to locate the name of a “responsible party.”  There might be a phone number, but it’s almost certain to be toll-free so nobody can easily determine a business location.  If this information is not listed, how is Robert going find the “consultant” when he wants to hail him or her into court?

The beat goes on, this time with worker’s compensation insurance.  Licensed contractors can only hire subcontractors who possess the proper worker’s compensation policies and must have current copies of these insurance certificates on file before any work begins.  What happens if a subcontractor does not have the proper coverage for his staff and someone is injured on the job site?  Well, Robert will call his home insurance company (which will not be pleased) and find out he’s on the hook with full liability.

If a laborer gets nicked by a circular saw, falls off a ladder, gets impaled on rebar or becomes buried in a trench, Robert is deemed responsible for all resulting lawsuits and medical bills.  And it’s all because of the lack of a piece of paper proving insurance coverage.

Let’s say the “consultant” is really helpful and maybe has aspirations toward running a quality service.  On Robert’s behalf, let’s say he designs the watershape, provides the engineering, specifies the equipment, schedules the subcontractors, gathers the lien releases, makes arrangements for equipment and performs periodic inspections of the work (either in person or via digital images).  Robert has much greater assurance that the project will go according to plan, which is good.

But in this case, the “consultant” is actually performing all the work of a licensed contractor and therefore must have a license.  Absent that license, it’s not good for Robert:  He’s still on the hook, no matter what, because the “consultant” is acting illegally.  But most of these “consultants” go nowhere near offering such a high level of service, so Robert is left, ignorant of the processes involved and all alone, to deal with the many intricacies of building a watershape. 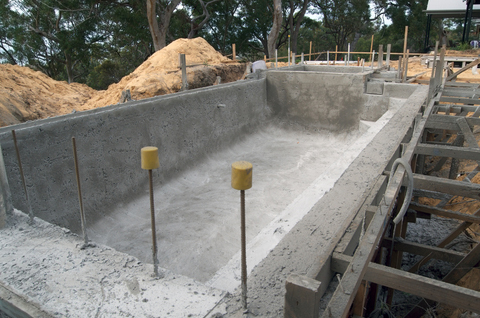 For Robert, the bottom line is stated simply:  Don’t do that.  As a do-it-yourself owner/builder of this project, it’s likely he knows far too little about how to build a watershape and is left to ask questions of subcontractors (some of whom are likely taking advantage of Robert’s ignorance) or of additional “consultants” on the Internet or do-it-yourself web sites.  On this level, everything Robert’s doing is a gamble – and he’s an easy mark.

As reputable designers, builders and contractors, we need to do what we can to protect consumers from their own worst inclinations.  As a licensed contractor and expert witness, I’ve been called in more than a few times by people like Robert who’ve gotten in over their heads and need help in finding a better path.  They never like the news they’re going to get, and they often get stubborn because they’re so embarrassed about having been so foolish.

My suggestion to watershapers is this:  Take this article and make it your own, either linking to it on the WaterShapes.com site or rewriting it to suit the realities of your own market and posting it on your own web site in whatever form you desire.

There will always be people like Robert who think they can go it alone and make it work.  We need to do all we can to protect them from themselves by filling the Internet with cautionary tales and good information.  Will it do any good?  I hope so.  But if it doesn’t, I’ll sleep better at night knowing I’ve done what I can to help prospective clients avoid quotation-marked “consultants” and their disreputable ilk.