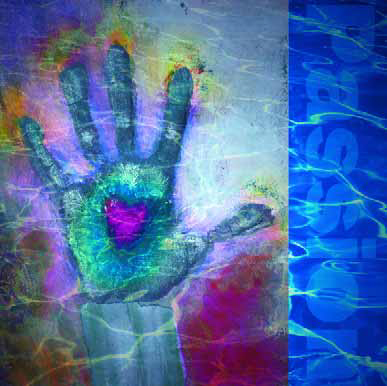 Something inspired and inspiring is happening in the watershaping industry – something I doubt has ever really happened before: In almost every encounter I have with industry people lately (and believe me, I’ve seen a lot of you in the past few months), I get the palpable sense of a passion that is driving all of us in a process of creative and professional growth.

I see it in the enthusiasm my fellow watershapers have for what they’re doing, and I see it being directly translated into their projects and, perhaps most important, being conveyed to their clients and the attitudes everyone has about the results. From where I sit, this is a spectacular time to be in this business, and that notion has been reinforced countless times in the recent past.

I received a concentrated dose of this broad impression during the

recent Aqua Show, which became almost as much an outpouring of the enthusiasm I’m describing, as it was a conventional trade show. Instead of being about products, in other words, the show was in a greater sense about our industry’s true potential.

Right up front, let me say that I’m not an unbiased witness, as Genesis 3 is a major participant in the show and plays a large role in defining the watershaping side of its educational programs. Be that as it may, the experience I (and, it seems, many others) had at the show made it less about a single event and who staged it than it was about a trend that is transforming our industry into something extraordinary.

In all my 25-plus years of attending trade shows in the pool/spa and other industries, I can honestly say that I’ve never been in a place where more people were actively engaged in discussing their work with one another and truly taking advantage of educational programming.

Yes, I take pride in the fact that Genesis 3 is a significant part of the “scene” at the show, but stepping beyond that simple fact, it’s obvious that an event of such energy and overwhelming professional focus was the result of something greater and more powerful coursing through the veins of the industry at large.

It’s as if creative and professional growth has become fashionable and that we’re now expressing an art form and a craft tradition that is finally, after years of frustration, coming into its own.

There were dozens of instances I could point to during the event where others expressed similar feelings – many of them manufacturers who, like me, have years and years of experience on trade show floors. One of the most inspiring moments for me involved Scott Frost, Southeast Regional Manager for Jandy, who has never been closely involved with Genesis 3 events (although his employer certainly has).

He caught onto the buzz at the show in a big way and, unsolicited, told me, “This is the only time since I’ve been in the industry where people have come up to me during the course of a show and were truly excited and passionate about their profession and the educational programs they were taking.”

He wasn’t alone in perceiving this sense of being caught up in a wave, but his comment defined the core of the matter, that industry trade shows going back as far as I can remember have had in common a notable lack of the passion we were experiencing. And all it takes is a few minutes in an environment where that creative energy exists to recognize how deprived our industry has been without it.

What we’re seeing, I think, is a moment in time when people working at all levels of the design, engineering, construction and supplier segments of the watershaping industry are openly and happily approaching their work with optimism, confidence in the future and, most uncharacteristically, a revolutionary sense of idealism about their roles.

I don’t think it’s going too far to say that what’s going on in the watershaping trades today is in diametric opposition to what went on in the past and is even a departure from the doldrums that currently seem to be affecting other industries. It’s thrilling to think that, for a change, watershaping is the field that is inspiring and leading people in other industries to aspire to bigger and better things.

That’s a bold statement, but I see it in meetings I have as part of big design teams, where too many professional voices are accustomed to discussing conventional approaches and to doing whatever it takes to avoid pushing the envelope of creativity. If you’d told me ten or even five years ago that watershapers would be providing creative leadership at that level, I might have nodded in agreement, but deep down I would’ve had serious doubts.

And it’s all about that one word: passion.

I remember a meeting about seven years ago at which Jim McCloskey, publisher of WaterShapes, stood up in front of a room of landscape designers and invited them to see and use his brand-new magazine as a forum for expressing and sharing ideas. What he was looking for, he said, was people with passion of the sort that made it impossible for them to keep quiet, a passion that flowed from an idealism that made communication about the work mandatory, valuable, provocative and enriching.

For my part, I see an analogy between my profession and marriages: Both begin with passion and enthusiasm, but as time passes and the weight of the world settles in, the passion fades and may completely vanish if the relationship isn’t sustainable. What we’ve seen lately in this trade is akin to what happens when a couple rediscovers the romance within their marriage: We all wonder how we ever lived without it.

That’s why I conclude every presentation I make these days with the simple statement that I’m more excited about watershaping than I’ve ever been before. And I find that I’m not alone, as the vast majority of people I speak with are saying the same thing: We all look back across years in which the industry was defined less by passion than by day-to-day concerns over business as usual – and we wonder how we managed to hang in there through those passionless times.

The people I saw at the Aqua Show were genuinely excited to be there, to be among their peers and able to take advantage of educational offerings that were aimed at increasing their vocabularies with respect to design, technology and product choices. Yes, every trade event in every industry promises those sorts of elevating experiences, but in this case it really happened.

It was a convention in the truest sense, a forum where the trade gathered to consider its future. I’d never been in a room where so many quality-minded professionals were poring over each others’ plans, sketches, photographs and laptops full of digital images, solving problems together and making professional connections that almost certainly will lead to collaborations. The sampling of projects that people shared with me alone was amazing in scope, creativity and ambition.

My suspicion is, among the thousands of watershapers who weren’t on hand for the show, that this sense of passion is springing up all over and that most of you could attest to this trend in your own daily experience. We’re all working in a time in which the endeavors of pool, pond and fountain people from both the pool and landscape industries are fusing into a free-standing Watershaping Industry that is advancing the state-of-the-art.

I know plenty of pond and stream specialists who are learning as much as they can about formal architectural systems – and just as many pool, spa and fountain specialists who have a growing appreciation for the potential of working with naturalistic designs. It’s all coalescing as a magnificent creative stew, with ideas flowing back and forth, up, down and across all barriers.

Why is this happening now? Certainly the economics of real-estate appreciation have been part of it, as has the trend toward cocooning and the growing inclination on the part of homeowners to seek integrated indoor/outdoor spaces – all factors that encourage sophistication in creating home environments. I also think that informational and educational outlets including Genesis 3 and WaterShapes have stoked the fires.

The upshot is that it’s becoming necessary to be passionate and creative. It doesn’t matter whether you are personally driven to it or get there because your clients demand it: However you determine that pride and passion increase the value of your work, I have to say that you’re better off when that switch flips to the “on” position.

Part of what’s so fun about all of this is that we’re in a situation where the intangible concept of passion is being directly translated into tangible results. Sticking with the Aqua Show as an example, the spectrum of products being marketed to watershapers is so much broader than it used to be, and it’s been made possible because people are able to visualize more diverse and more refined possibilities than ever before.

Just consider the tile companies on hand at the Aqua Show. There was more high-end product on display than I’ve ever seen, and I couldn’t help thinking that these were products of such refinement that I would never have considered using them just a few short years ago. What we’ve all seen in the past few years has broken us out of the creative box so many of us were in, and as a consequence an entire facet of the supplier segment of our industry is evolving and expanding.

Passion is like a virus that we all should try to catch. The more we perpetuate a value system based on passion for our work (and, indeed, for our lives), the more it will inevitably infect others with whom we come in contact. It is a rare and golden opportunity that we can all embrace, and in coming together we can raise individual flickers to a glorious, collective flame.