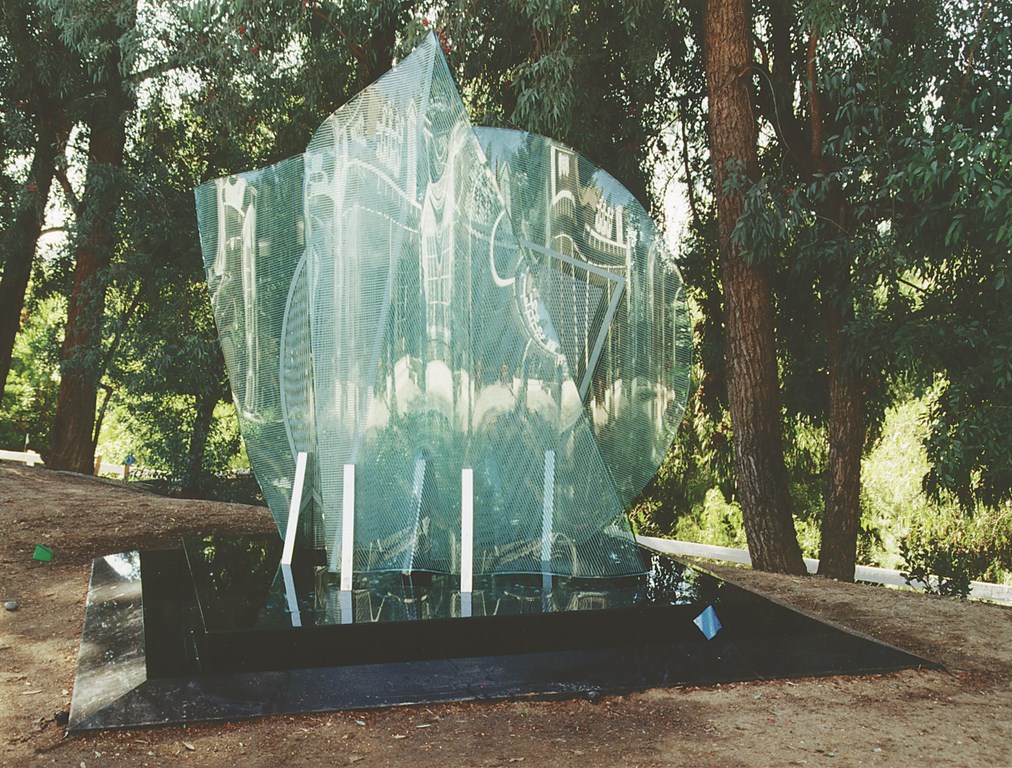 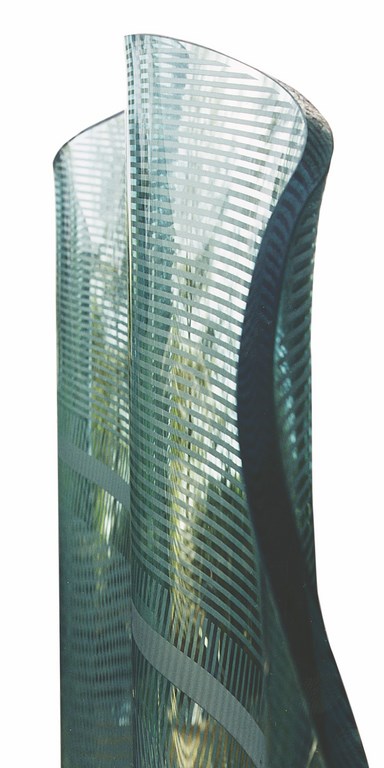 Sculptor John Luebtow is well known for working in slumped, etched-glass panels and shimmering steel. This piece, commissioned as part of a backyard revision that also featured an artful pool and spa, includes three glass panels that echo and reflect forms used in the watershapes. The curved glass distorts and interprets the surrounding views and greenery as visitors move through the space, and the entire sculpture is reflected from below by its own perimeter-overflow, black-granite pool