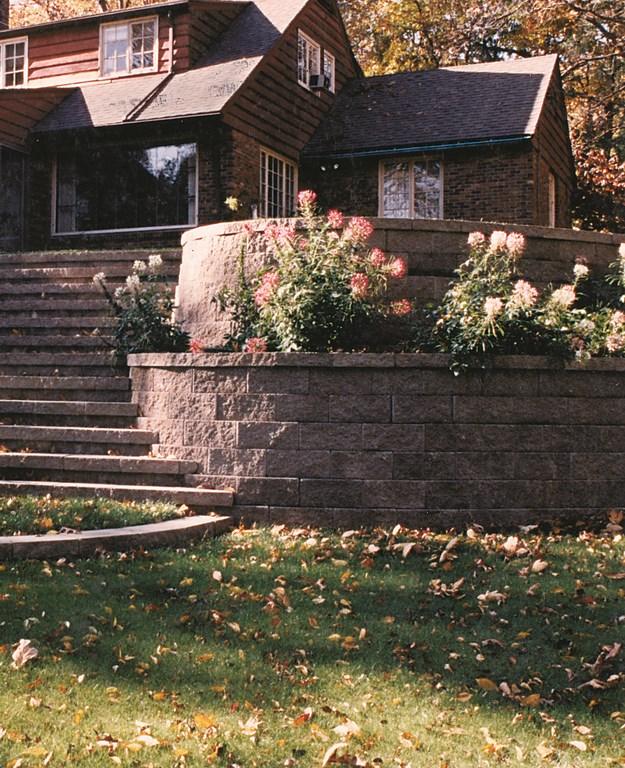 In discussing my role as a “forensic landscaper” a few months back, I expressed my disappointment in the quality of some of the work I was seeing in my local marketplace – and if the e-mail I’ve been receiving is any indicator, I am not alone in this experience.  Indeed, questionable workmanship may be more prevalent that I ever could have imagined.

As a result of this revelation, I will be using this space from time to time to demonstrate the fact that failure is often a better teacher than success and that, by exploring the nature and causes of failed projects, we can all come to a better understanding of the principles and practices that lead to good results.

Before I begin, however, I’d like once again to salute the late Dr. Mario Salvadori, a professor of civil engineering and architecture at Columbia University in New York and the prolific writer of books on structural engineering, including Why Buildings Stand Up and Why Buildings Fall Down (both published by W.W. Norton & Company and still available in paperback editions).

He was frequently brought in as a consultant after structural failures to evaluate and determine what had gone wrong, most famously in the case of the Hyatt Hotel catwalk collapse a few years back.  By sifting through the debris, reviewing the original plans and comparing them to the as-built documentation, he was able to trace the cause to a seemingly benign change in the rods used to hold up the catwalks.

Taking inspiration from his teachings, I attempt in my own humble way to emulate Dr. Salvadori.  While the projects I have visited and reviewed in no way approach the gravity or significance of his investigations, his thoroughness in evaluating failure has always been a defining part of my own forensic work.

About 11 years ago, I was asked to design and build a new wall for a client.  The existing wall was 180 feet long, eight feet tall and curved around the rear of the home.  It was a conglomeration of railroad ties and masonry with some fair-sized stone thrown in for decorative effect, and its arc encompassed a house standing at the top of a ravine that dropped off quickly to a point about 70 feet below.

The old wall had been built at the same time as the home to create a level backyard space and enough room to build a large deck that cantilevered over the wall and gave the new homeowners the ability to walk comfortably around the back of the house.

The top of the eight-foot-high wall aligned with the height of the home’s block foundation, so, in fact, it held up the back of the house.  Without that wall, in other words, the slope would have dropped directly from the level of the house footing down the ravine, so with even the slightest bit of erosion, the footing would have been undermined.

The old wall had performed well, but in reaching its twentieth year of service had begun to show enough signs of age and potential for failure that the current homeowner, who had bought the place about a year earlier without an engineering inspection, was exploring his replacement options.

We’d come to him as a referral from another client for whom we’d built a retaining wall.  A quick inspection revealed that simple repair was not a possibility, so we recommended complete replacement.

Using this opportunity to rethink the space at the homeowner’s request, I set about reconfiguring the wall to create a level lower in the yard for recreational use.  The result was a terraced system of two walls made using an engineered, segmental retaining wall system, each including about four feet of exposed wall.  These walls were to converge at one point to become a single nine-foot-high wall over which the old deck (which was to be removed and rebuilt as it was originally) would be cantilevered.

In the center of the wall system, a wide set of steps would descend to the lower level, allowing previously unavailable access to a much bigger yard.  After numerous meetings in which the clients met with me and selected suppliers and after receiving two other proposals (we ended up in the middle, price-wise), the client verbally committed to having us do the work and we plugged it into our calendar.

On a bright, sunny afternoon in early fall, I received a phone call from the client indicating that he’d had a change of heart and had decided to go with the low-price bidder.

My proposal had come in at about $38,000, but the other contractor had quoted the job, off my plans, at $32,000.  I knew a bit about this particular contractor’s work and cringed at the news, figuring that the $6,000 would all have to be saved in labor because the materials were locked in.

To say I was disappointed that I didn’t get the job was an understatement, but I learned a valuable lesson that day:  We no longer give the slightest thought to scheduling any work unless and until we have a signature and a deposit – but that discussion’s best left to a future column. 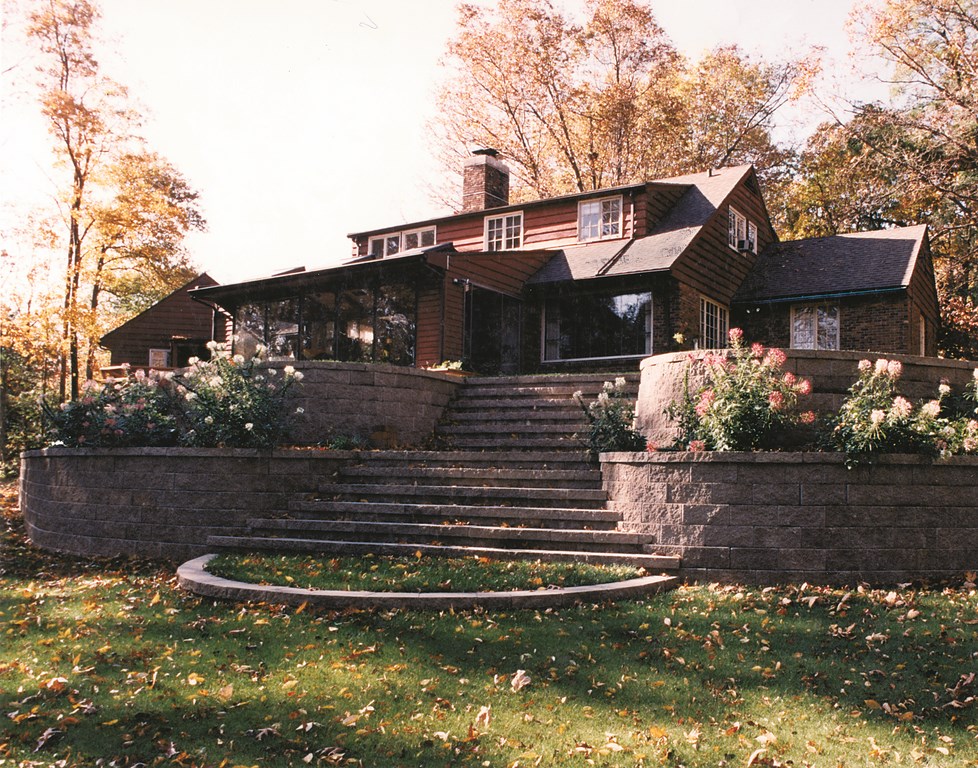 As I mentioned, I knew the dubious character of the contractor who’d won the job, so I cautioned the client to make sure he had structural diagrams and had spoken with plenty of references.  He assured me that everything was under control.

Construction began that November and was soon completed.  In early January, the client called and asked me to come and have a look at the wall.  Curious, I set up an appointment for the following week and had been there less than five minutes when I advised the homeowner to call an engineer and an attorney – and then call me back:  The wall had already started to fail, with several sections in a state of near-collapse.

Within days, both a civil engineer and a soils engineer had been by to evaluate the situation.  After many long and difficult meetings with the client and the engineers, the decision was made to completely dismantle the wall and rebuild it – an approach upon which I had insisted.

This is an important point:  I couldn’t make a determination of what needed to be done just by looking at the wall.  Instead, I needed to dismantle it to see what work had to be done to correct the mistakes made by the previous contractor.  I couldn’t even give an estimate until the wall had been removed.

When we took down the wall, here’s what we found.

First, instead of digging down to a depth of twelve inches for installation of a base of crusher run and two courses of eight-inch block (a total of 28 inches), the contractor had set the base on four inches of crushed stone placed atop the existing grade.  They explained to the client that they would fill in front of the wall with eight inches of topsoil – totally inappropriate and inadequate, as the base for a wall of this type needs to be buried in virgin soil in order to create a passive wedge that will keep the base course from sliding forward.

Second, instead of using geogrid properly in tying back the segmental walls and separating and stabilizing layers of soil, the contractor had rolled up the geogrid behind the wall to avoid having to remove the existing railroad-tie structure.  In other words, the new wall had simply been placed in front of the old one – another way the contractor shaved some cost off the project.

Third, the contractor failed to route downspouts and surface water around the wall to daylight at the base of the ravine, instead leaving five downspouts from the roof to deposit all their water behind the wall.  (My design had called for running solid-pipe drainage lines all the way to the ravine’s bottom.)  Making matters worse, the wall had been backfilled using blow-sand (a cheap material that holds about 19% moisture) that extended about a foot behind the wall.  The rest of the backfilled area was occupied by the original wall and its dirt-contaminated, 20-year-old backfill.

We all knew beyond any doubt how the $6,000 had been saved at this point.

The three most important factors in retaining-wall design and construction are base preparation, drainage and tiebacks.  In this case, all had been shabbily executed where they’d been done at all.  With just one of these factors unaccounted for, a wall will eventually fail.  With all three dodged, a wall is doomed – which is why this one showed every sign of imminent failure just two months after completion.

To make a long story short, we rebuilt the wall the right way, and, after ten years (and seen in the photos above), it hasn’t moved a millimeter.  In the end, the final tab for the poor and then proper installations reached $64,000, meaning the client had learned a distinctly painful $26,000 lesson.

But there’s a bigger point at stake here:  In the best interests of all parties involved in a project, we as landshapers need to commit to building things right, first time and every time.  We need to educate ourselves in proper construction techniques and convey that information to our clients, and all parties need to make the financial commitment needed to achieve good results.

It’s as simple as that:  Playing the game with dignity is a long first step toward ongoing, long-term success.

Bruce Zaretsky is president of Zaretsky & Associates, Inc. a landscape design/construction/consultation company in Rochester, N.Y.  Nationally recognized for creative and inspiring residential landscapes, Bruce also works with healthcare facilities, nursing homes, hospitals and local municipalities in conceiving and installing healing and meditation gardens – and labyrinths, too.  You can reach him at This email address is being protected from spambots. You need JavaScript enabled to view it..