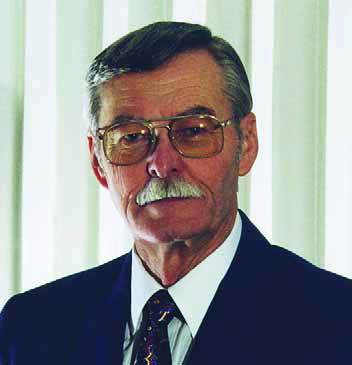 I was deeply saddened when I learned that Jim McNicol passed away in April 2001. He had been struggling with respiratory disease and other ailments for many months – and suffering far more, I’m sure, than he would have ever let on to those around him.

He was a disciplined and creative thinker, and with his passing the industry has lost one of its true innovators and most devoted, respected and admired teachers. For those of us who knew him, we have all lost a good friend.

I knew Jim for more than 10 years, and he was among the first people we turned to when we were framing WaterShapes’ content in its earliest stages. His column, “Things Electric,” ran in the magazine’s premiere issue in February 1999 and was there in every issue until his illness began to get the better of him. It last appeared in January 2001.

Jim accomplished many things in his life, and his professional profile has been recounted in these pages several times, most recently in January. Rather than retrace the steps of his remarkable career, allow me to offer a brief personal remembrance:

Through the years, Jim and I shared many long conversations. Although we would usually begin with whatever article or column we were working on at the time, the topic of discussion invariably moved onto much broader terrain. On these occasions, he challenged and inspired me with insightful perspectives, and he always seemed delighted by the spirited exchange of ideas.

Jim was understandably proud of the things he knew, and I learned a great deal by listening to what he had to say. He was a great conversationalist, and I consider myself fortunate to have spent so much time in his company.

Although we were from different generations and very different backgrounds, our shared curiosity about the world around us proved a fertile, common ground for a friendship that I will always cherish. It’s tough to say goodbye to such a good and admittedly unexpected friend, but I can say with great certainty that, in my heart and elsewhere, Jim McNicol will be sorely missed.