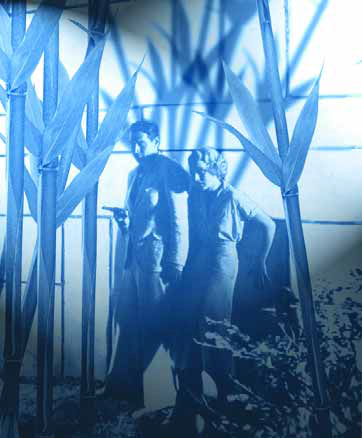 In all my years as a landscape designer, I’ve always told my clients that nobody can know ahead of time how a plant will adapt to or behave in any given situation. “Each place on this earth has its own microclimate,” I tell them. “Trying to foresee how a plant will grow is like trying to predict when the earth will end.”

Most plants, of course, really are somewhat predictable when you place them in a client’s yard. As long as you pay attention and use those that are typically considered to be noninvasive, for example, you’re generally safe in planting them and needn’t spend time worrying about their futures. By contrast, plants that are considered invasive – whether it’s all the time or only some of the time – should, under any and every circumstance, be considered invasive and managed as such.

Case in point: A client of mine wanted a somewhat Asian landscape, with minimal planting and lots of manicuring, pebbles and massed plants as well as a strong hedge to provide privacy for his yard and specifically for his new pool. After much consideration about the types of hedges available to us, we settled on Black Bamboo for fast growth and great coverage – not to mention the fact that it fit into the style he desired.

Yes, Black Bamboo is considered by the Sunset Western Garden Guide and bamboo authorities to be a running bamboo, but my client had a Black Bamboo specimen in his front yard that had been planted many years before I arrived. Without any root barrier and with plenty of direct, full sun and ample water, it had not trailed or run more than a few inches in any direction.

My contractor and I took this as a sign that we could be reasonably confident that the Black Bamboo we wanted to plant in the back would stay contained. And just to be sure, we set up root barriers for the new planting. (We took other precautions as well, planting the bamboo a good three to five feet away from any of the neighboring yards to give ourselves room enough to contain it over time if it managed to escape the root barrier.)

We were lucky enough to find specimens that were ten to twelve feet high and quite thick. This gave my client the instant screen he wanted – important to blocking out a neighbor who had become difficult during the lengthy process of installing a lap pool in the small yard. Well before we arrived with the bamboo, in other words, things were on edge in the neighborhood.

When we left after the garden installation was complete, my client was thrilled to have a very private backyard.

Fast forward four years: Although I had periodically stopped by to check on the landscaping and had never spotted anything out of line, I was surprised one afternoon to receive a letter from my client’s lawyer. The letter noted that the bamboo had run into two out of the four neighboring yards and demanded that we immediately remove the bamboo and replace it with a mature bamboo hedge – this one of a clumping variety.

After an anxious call to the client to reassure him that we would remedy the situation one way or another, we met to assess the situation and decide what to do. Upon inspection, we discovered that the bamboo had indeed sent a few shoots into a sloping ivy area in one of the neighbors’ yards; in this case, there was little threat to their landscaping. One of the other neighbors, however, had been chopping down shoots as they came up through his lawn for more than two years; this was worrisome, as we didn’t know how far the problem could go.

No matter who was responsible, my feeling was that we all needed to work together to correct the problem.

At that point, it didn’t much matter that I had informed the client of the nature of the bamboo before we planted it. We’d also covered the hopeful fact that this kind of bamboo tended to behave in a clumping manner; that this was clearly the growth pattern with the Black Bamboo he had in his front yard; and that Black Bamboo is normally one of the easiest of the bamboos to contain if it starts to run.

To make certain we were all operating with good information, I brought in a bamboo expert to assess the situation. I introduced him to the specimen in the front yard, which he noted had only spread a few inches in the ten years or so it had been around.

When he looked at the backyard bamboo, by contrast, he was amazed to see how well it had grown, saying he thought it was the best-looking grove of Black Bamboo he’d ever seen in Southern California while estimating its height at between 20 and 25 feet.

After much discussion, we made some basic observations:

[ ] The root barriers hadn’t held. The bamboo had been installed using 15-gallon containers with their bottoms cut off as root barriers. This offered a stronger barrier than most commercial root barriers and provided a continuous barrier as opposed to those that are pieced together – and, in my contractor’s experience, was an approach that worked quite well. But obviously, the bamboo had not been held in check, meaning it was a more vigorous grower than normal.

[ ] The watering system was highly effective. We’d installed a microspray-irrigation system on the bamboo because it was at the top of a steep slope and would require considerable water to look its best. The microspray technique delivers more water to the soil by applying it slowly over a long period – and in this case it had clearly worked well in promoting the bamboo’s growth.

[ ] The neighbor’s lawn was a bamboo magnet. The steep angle of the slope, coupled with the fact that the neighbor with the lawn was watering every day and quite thoroughly and the lawn’s position above the bamboo, made the well-watered, up-slope space a natural outlet for the bamboo’s runners. The two yards on either side had much drier plantings and thus didn’t attract the runners in the same way.

[ ] The bamboo had been well maintained. My client’s diligence in maintaining his garden seemed to have become a negative by encouraging the Black Bamboo’s growth habits.

Basically, we determined that because the bamboo was so healthy and the slope was so steep, even the addition of another root barrier would not be able to contain the bamboo in this setting for long. As a result, we concluded that it needed to be removed and replaced.

Not all stories have a happy ending, but, fortunately, this one does.

The bamboo expert was so taken by the quality of the bamboo that he offered – at my request — to remove the Black Bamboo and replace it with Bambusa multiplex ‘Alphonse Karr,’ a hearty, clumping variety. This didn’t give my client the immediate, mature hedge he wanted, and the exchange process will take two to three months during the cooler season, but he was pleased that he won’t have neighbors angry at him any longer or threatening to sue.

So what can we take away from this? Here are a few points to consider:

* It’s important to consider not only the plants you’re installing, but the surrounding neighbors and their gardens. Take a peek over the fence and see what types of plants they have and what type of irrigation they’re using. Can any of these yards in any way affect your planting – or vice versa?

* Is there any possibility that maintaining the plantings properly and efficiently – in other words, giving them ideal conditions for bountiful growth – will invite problems down the road? If so, what steps can you take now to anticipate that growth?

* If you believe the plants your client wants may prove to be invasive but your client wants them anyway, get it down in writing that any problems will be worked out amicably or get your client to assume full liability if he or she is comfortable with it. If this isn’t acceptable, consider planting something else. It’s a useful precaution: As the bamboo expert told me, in most cases the courts rule against installers.

* Maintain some level of communication with your clients after you’ve completed the installation. They might not notice something that might signal trouble to you, sooner or later. By visiting past projects from time to time, you’re in a far better position to assess what’s going on.

Above all else, it pays to remember that every plant behaves differently in every situation. You might be lucky enough to get a hedge to grow evenly or an invasive plant to stay contained, but it can’t hurt to err on the side of caution, consider contingencies and plan accordingly.