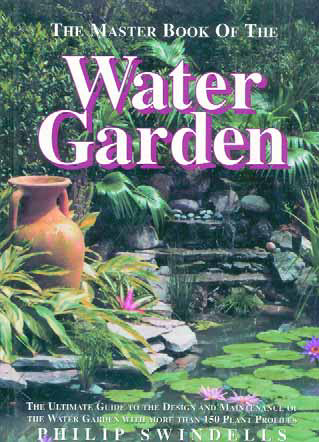 Experts in watergardening and pond enthusiasts of all stripes are quite quick to claim that their form of watershaping is the fastest-growing segment of the industry and trumpet a history that stretches, they say, to the Islamic world, Japan and Europe.

I can’t say whether they’re right or wrong with their assertions, but it’s my sense as someone who’s been designing with water for many years that the current trend toward naturalistic ponds and streams is quite strong (and probably getting stronger) and that it’s important for all of us professionals to approach the art and science of “living” watershapes in a deliberate and thoughtful way.

To that end, I’ve examined many publications dedicated to watergardening – and I’d be lying if I said that I’ve been either impressed, inspired or much informed by most of the material I’ve seen on the subject. In fact, the vast majority of publications I’ve encountered – and there are many – are so basic that they could only be of service to hobbyists.

Although the books I’m after as a professional seem quite rare, however, I found a gem in The Master Book of the Water Garden by award-winning garden writer and teacher Philip Swindells (Tetra Press, 1997). As is the case with many of the best-regarded writers on the subject, Swindells hails from England, where he is among watergardening’s most significant advocates. And he does indeed offer a wonderfully comprehensive and informative survey of his art and craft.

He helps by sorting out the stylistic aspects of pond and stream design in intriguing and insightful ways, first by classifying them as formal, informal and semi-formal and then by covering (at length) the key elements of Chinese, Japanese and European watergardens. These discussions include substantial, well-illustrated treatments of ponds built to support and display Koi, amphibians and other forms of wildlife. He also covers streams, bogs, cascades and combinations of these forms as components of open meadows or denser landscaping.

Some of the categories overlap a bit, and some of the distinctions he draws are fairly subtle. But at every turn the discussions that unfold are truly informative, especially when he gets to aquatic plants and flora suited to use near the water’s edge. He also goes into great detail on pathways and edge treatments and includes useful diagrams of stream and pond systems – complete with waterfalls and cascades.

Swindells has written extensively on these subjects and edited the helpful book by Peter Robinson entitled Pool and Waterside Gardening (Collingridge Books, 1987). Part of a series called the “Kew Gardening Guides,” this publication also offers some keen insights as well as useful information about the world of watergardening.

Speaking as one new to this field, I’m open to any suggestions you might have for books that will head me in the right direction as a watershape designer and builder. In the meantime, I recommend these two books as primary resources – and have my eyes wide open for more.