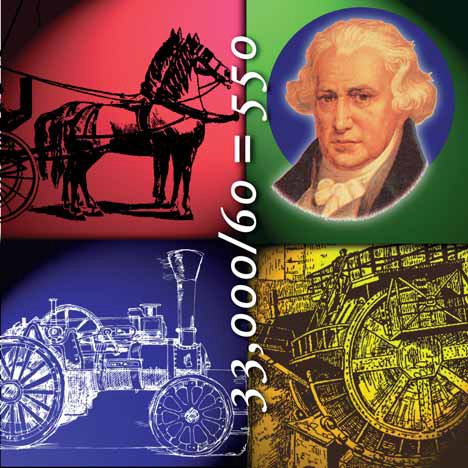 When I first begin to do research for a column, I really have little control over the direction I might take.

If it’s a cut-and-dried technical subject where I’ll be dealing primarily with solid, scientific facts, the task is relatively simple. Using my own textbooks, two local libraries and the Internet, I look for my subject matter in a minimum of three separate sources. If the information is identical in each selected source, I feel pretty confident that I can use the data in an article.

It isn’t always so easy, however, and that’s nobody’s fault but my own.

I’m a sucker for the intricate detail. As an example, several months ago this column was dedicated to the flow of electrons. I had known that Benjamin Franklin was a significant contributor in this area, but my research turned up far more information than I had expected – and I ended up reading most of two biographies and Franklin’s Autobiography as well as dozens of technical articles about things electric.

I was faced with the internal struggle of keeping the article on track as a flow of electrons piece, or letting it become a Benjamin Franklin piece.

To make a long story short, I’m into the thick of things all over again. In spades.

I have wanted to do an article on James Watt and horsepower for a long time. Through the years, my research has taken me down a strange collection of paths, alleys, roadways and boulevards, and I’ve always been driven onward by my desire to share some of this stuff with you. Now’s the time – so let me jump right into it.

The closest thing that can be called “the invention of the steam engine” is attributed to Thomas Savery in England. He received a patent in 1698 for a steam-powered contraption that had only one purpose – to pump water from the shafts of coal mines.

It wasn’t long, however, before these engines were pressed into service doing other tasks – many of them not as cyclical or repeatable as the simple lifting of water from a mineshaft. How then, to compare them?

Well, before the advent of steam engines, rotary power was generated by water wheels, windmills or horse wheels. Water wheels are great when you have the stream or river nearby, laid out by Mother Nature in the proper physical relationship to make it work. Windmills also work quite well – when the wind is blowing.

But the horse wheel is a different story altogether. Picture as many as four large horses tethered to a horizontal bar pivoted at one end: They can walk in an endless circle, transferring their energy through some mechanism that can be made to do all sorts of things.

Savery noted that for each horse tethered to the bar, two additional horses were required in the background to ensure that a continuous source of horseflesh was available. I can only assume that one of the spare horses was eating while the other was relaxing, digesting his meal and contemplating his next shift at the bar.

When he sold an engine that did the same amount of work as one horse walking the circle, he called it a three horsepower unit because the engine would operate nonstop, 24 hours a day, thereby replacing three live horses. The larger engines he called “six horsepower,” “nine horsepower” and “12 horsepower.”

Without ever actually defining horsepower, Savery sold many engines. And remember, this is in 1690 – barely out of the Dark Ages. I wonder what line of business Mr. Savery might have chosen and what sales pitch he might have used in 1990?

Not much more time passed before the first really successful steam engine was developed by Thomas Newcomen early in the 1700s. It was far superior to Savery’s unit, but Savery had obtained a broad patent on his design that prohibited Newcomen from building and selling his units.

Eventually, Newcomen overcame this hurdle by entering into a partnership with Savery. By 1712, the Newcomen-design engines began to take over the industry. (Keep in mind that the primary use of all these steam engines was still to lift water from mineshafts or to lift the coal or other ore from the mine.)

The next 100 years saw tremendous change. The Industrial Revolution was under way in England. Manufacturing was changing from mom-and-pop home crafts to factory-based mass production. And along came Mr. James Watt.

By 1764, when Watt was in his 28th year, he was recognized as an expert instrument maker and had a cushy job at Glasgow University. He also maintained the university’s working models and, in the course of those duties, was asked to look at a working model of a Newcomen steam engine that had never acted properly. After a thorough examination of the unit, Watt came to the conclusion that the contraption didn’t work well not simply because it had gotten out of adjustment but rather because of basic design flaws.

This led to his first and greatest invention: the improvement of the Newcomen engine. Unfortunately, Watt was not able to benefit from his insights for several years and still had to work at other things to make a living. In fact, it took four years for him to accumulate the necessary cash to apply for a patent, which he did in 1769. Soon he was issued a strong patent covering not only the primary improvement to the Newcomen design, but several other features and improvements as well.

Watt finally got it all together in 1775, when he entered into a partnership with Mathew Boulton – just the sort of businessperson with whom he needed to associate. Now demonstration engines were sent out and inquiries began to flow in from mine owners, who desperately wanted to get rid of all those horses and were aware that the Newcomen engines they had tried actually cost them more to operate than the horses!

The vastly superior engines began to roll out of the Boulton & Watt factory. And now Watt was faced with the same task that Thomas Savery had wrestled with 85 years before: how best to describe the amount of work that his engines could do.

With consequences we still can’t shake more than 200 years later, Watt reasoned that because the horse was still the primary source of power for the mine owners, he should attempt to tie his product to those horses in some easily understood, meaningful way. So he went to the mines and looked at the horses. He looked at big horses, small horses, young horses and old horses.

He then calculated the amount of weight the horses were lifting up the mineshaft, satisfying himself that an “average” horse could continue to work for several hours while raising one hundredweight to a height of 196 feet in one minute. Don’t let the unusual math spook you: A hundredweight is a British measure weighing 112 pounds, so it figures out to 21,952 pounds (112 x 196 = 21,952) raised one foot in one minute, which is the more customary way to express these figures.

But what of all those horses? What happened to the tens of thousands of those animals? If they had turned them all loose, would they have simply walked in endless circles? Did they know how to turn right, or to walk straight ahead?