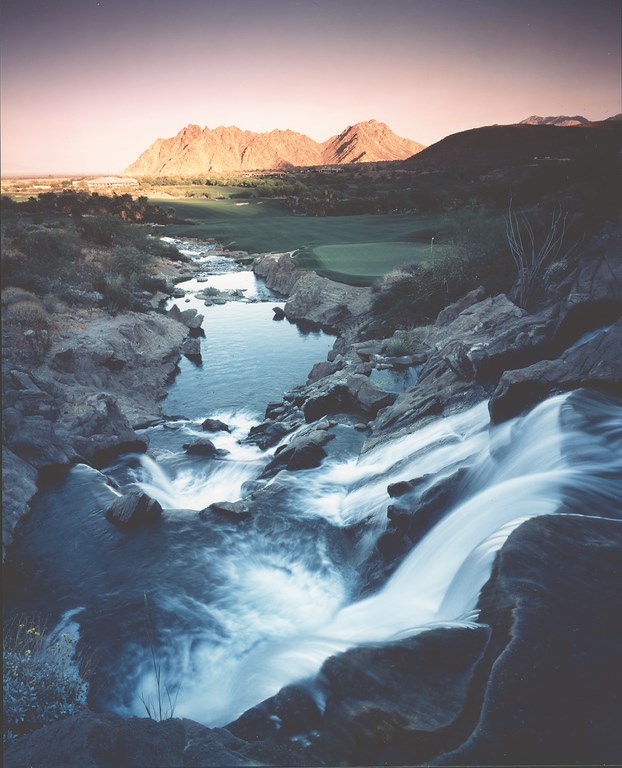 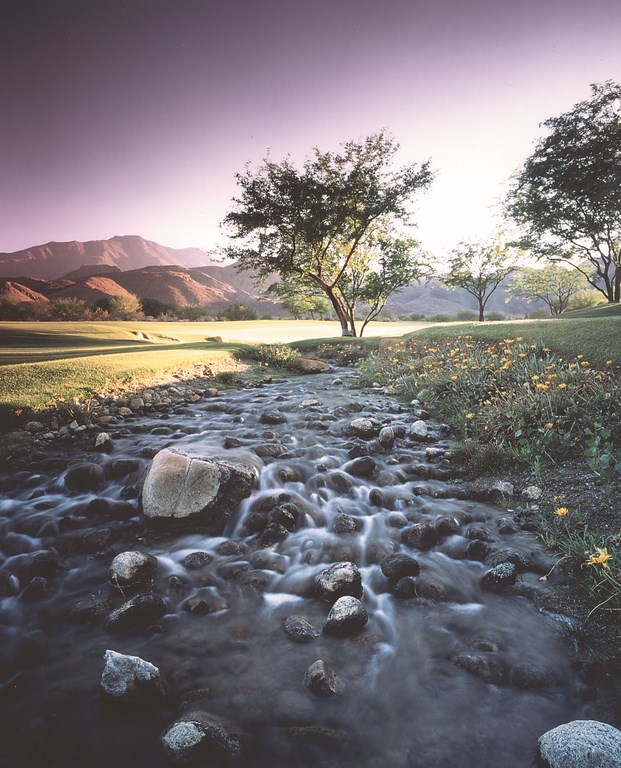 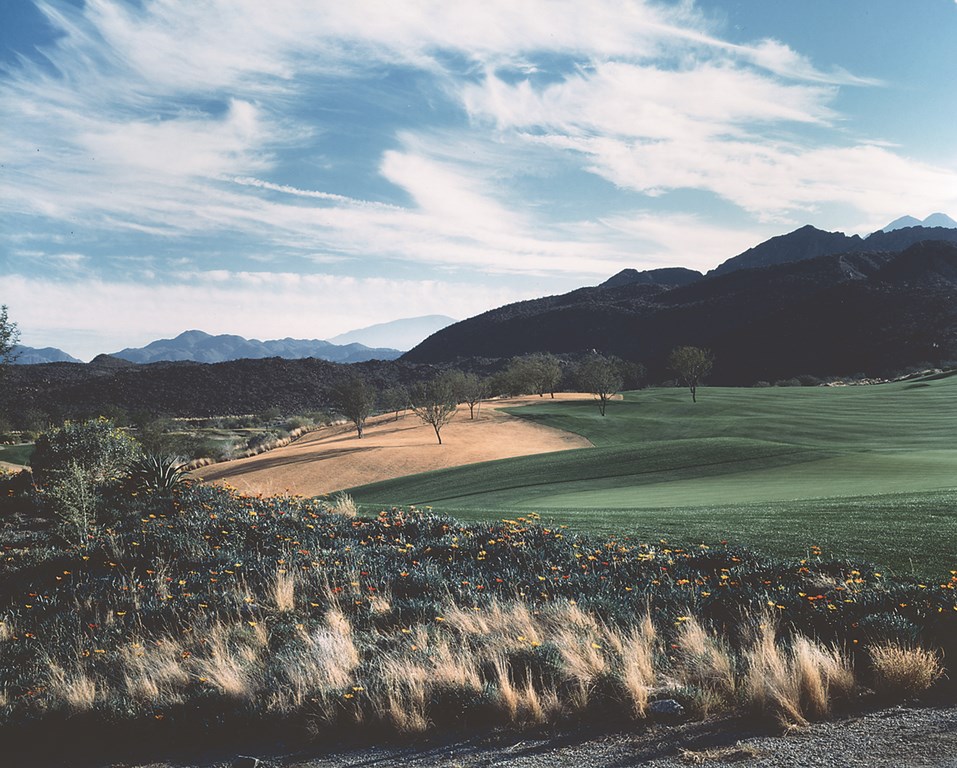 The watershapes found on golf courses often stand among the largest and most detailed naturalistic streams and ponds found anywhere. This California project, designed and installed by Ken Alperstein’s firm and known as The Quarry, features extensive watershapes, vast planted areas, expanses of natural and artificial rockwork, thousands of yards of meandering streams, huge lakes and cascades that beautify the course while blending it visually with the striking geology of the surrounding desert.&nbsp