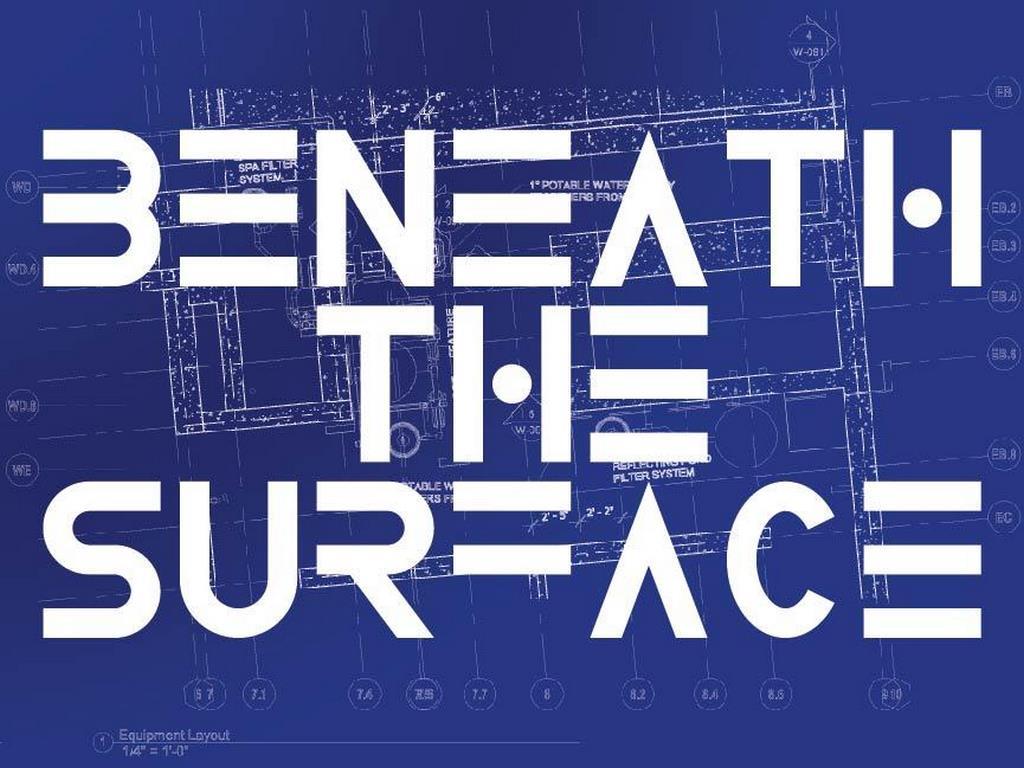 User comfort and ease of movement are guiding principles in the watershape design process. That’s why, as Dave Peterson explains, this edition’s Detail works as an ergonomic template applied when considering the steps users take as they move from here to there – and over the “space between.”

The description of this issue’s Detail is admittedly somewhat unusual. I borrowed the title from a popular Dave Matthews song; the reason is that this is not a detail that would ever be found in a set of drawings. Instead, “The Space Between” is essentially a guide our team considers while laying out floating steps or pavers separated by the negative space of a lawn or band of decorative rock.

The importance of this detail is all about that negative space between and also the dimensions of the floating steps or pavers themselves.

As designers one of our primary goals is to make things comfortable for the users. We avoid, for example, the awkwardness of poorly angled spa benches that inflict wedgies upon users (discomfort to our backside “space between”), and we avoid the unequal stride that can be forced upon us by random unscientific spacing of floating steps or pavers.

By doing a little research and math we can optimize certain dimensions and arrive at a layout that promotes a natural stride. 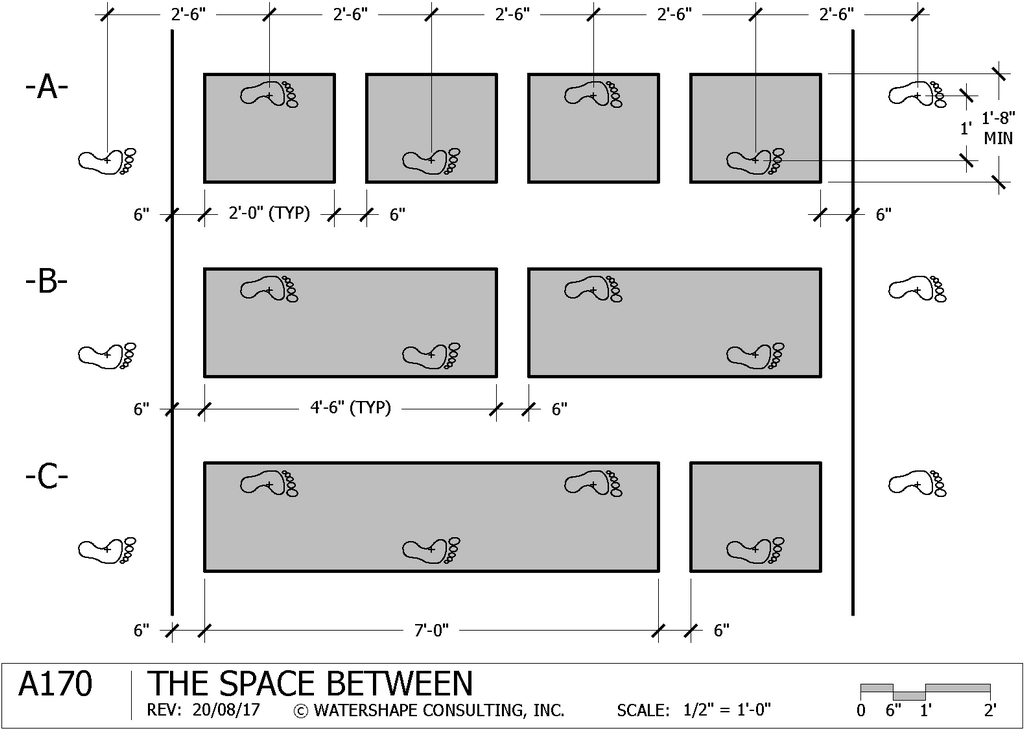 We start with some basic research regarding the average walking stride. It happens to be two-feet, six-inches for the average male and this dimension is commonly referenced by the pedometer industry. If your client is shorter, then you might consider a shorter stride (e.g., two-feet, five inches is sometimes referenced for people five-feet, 10-inches in height), but consider that you may be designing this for the average everyone and not just the current owner.

Another key dimension is the gap, or negative space between the flat, hard surfaces. That negative space could be air with water below (the floating step), a lawn or groundcover, a decorative band of rock, etc.

The average width of a human foot is just under four inches so if we have a gap less than six inches, I feel more tense about the idea that someone will slip and hit their ankles on the step. If there is no drop (e.g., lawn or decomposed granite) then four inches would be fine.

How about an eight-inch gap? My feeling is that is too much. If a floating step has an eight-inch gap and I miss it, I would potentially have to support myself with just my toes or maybe my heel. With the six-inch gap and average male foot length of ten-and-a-half inches, if I step on the gap my foot can bridge it with two inches on either side, or maybe about half of my foot is on one side of the gap – either way, that’s a much safer proposition than the eight-inch version. 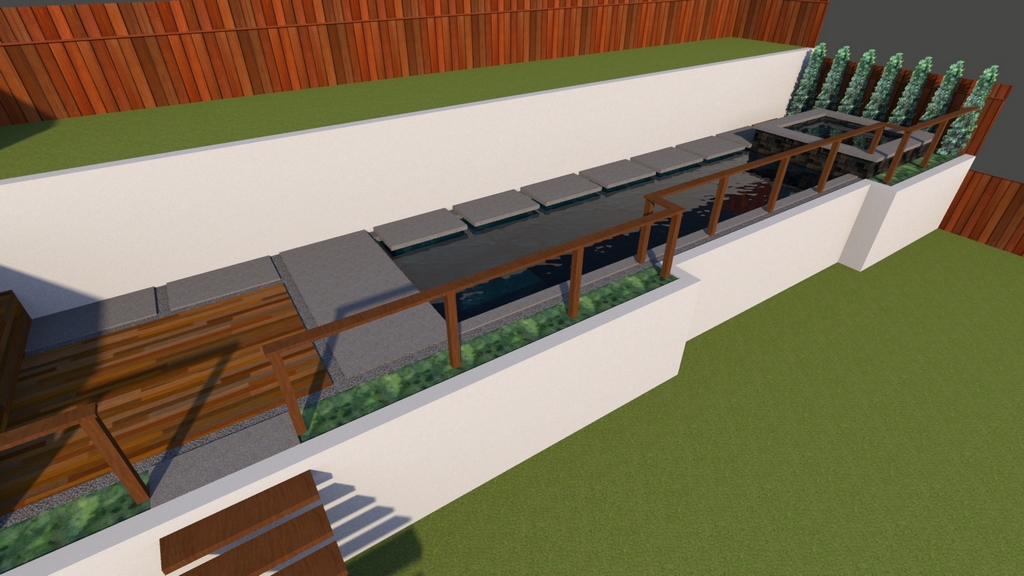 Finally, the width of the walkway: I use 20 inches as the minimum.

In fact, this is the width of the same floating pavers I used on my side yard. The average male hip width is 12.5 inches and our feet will be a little wider than that.

Putting it all together, Detail: A170 shows typical dimensions for: “A” single-steps, “B” double-steps, and “C” triple-steps.

I recently used pattern “B” as a floating step connector between one end of a pool and the opposite spa-end as shown in the second image.

For this project, the pool is planned to be constructed in an existing mid-level area between two existing retaining walls – the floating steps solve the challenge of bringing a bit of shallow water over the top of the existing upper wall’s footing. Six floating steps at four-foot, six-inches, plus seven six-inch gaps, equals a 30-foot, six-inch-long pool. 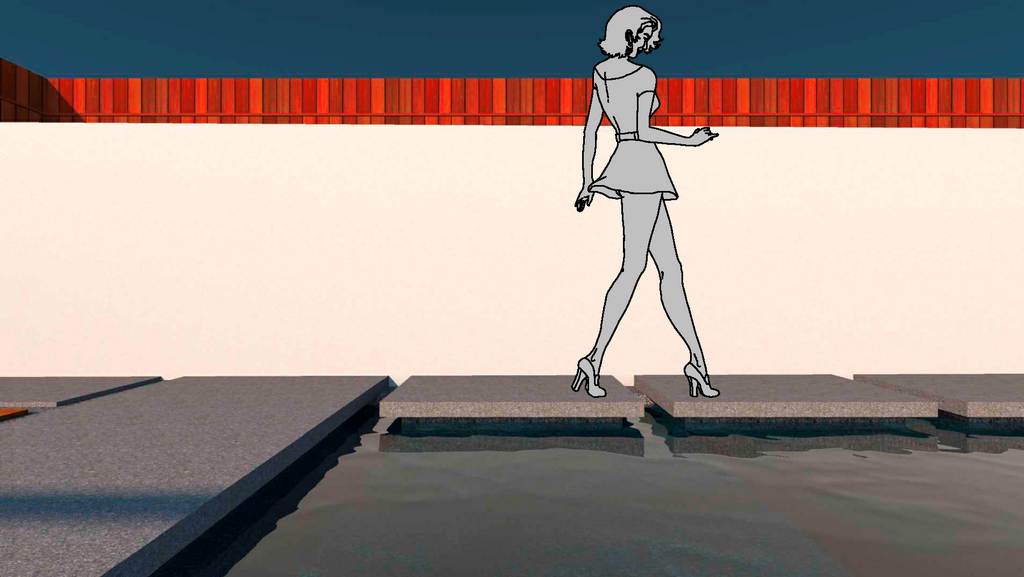 • These are not inflexible dimensions – we can tweak them a bit and they should be reviewed with the client.

• Always consider lighting and other safety considerations with these details so that the client or an unsuspecting guest doesn’t discover them ‘by accident’.

In the next Beneath the Surface Detail, we will study some important vertical dimensions.

David J. Peterson, P.E, IWI, is co-founder of Watershape University and president of Watershape Consulting, Inc. For additional assistance with this detail he can be reached at [email protected]