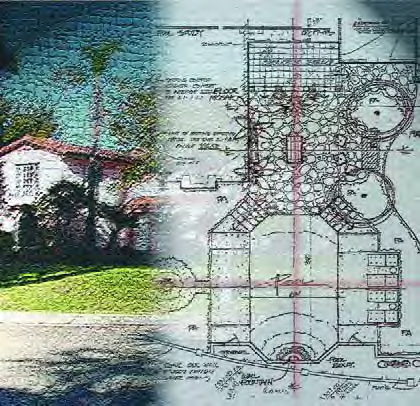 I was hired recently to work on a substantial restoration project in a prominent Los Angeles neighborhood. I’d worked previously with the architect on a large estate, and he had referred me to the homeowners. After a couple of meetings, we determined we were all a good fit, and I was hired to design the exterior spaces of the home in collaboration with the architect, the contractor and the decorator.

About a month into the project, the interior decorator was let go in favor of a restoration specialist. By that time, it was clear that many of the design decisions being made were not in keeping with the home’s classic Spanish architecture and thus needed to be redirected.

As the design phase continued, I also began to sense that many of the original recommendations for the exterior offered by the architect had the same problem. What we started with were presumptions based on his own design aesthetic – ideas that didn’t seem to reflect the homeowner’s explicit desire to stay close to historic design principles whenever possible, as well as her desire to accommodate the needs of her two young sons. Many of those early decisions were practical and had been based strictly on the usability of the small backyard space, site topography and the city’s zoning and setback requirements.

In his original plans, the architect had tucked the swimming pool on the side of the house, and it had always felt awkward and, ultimately, just plain wrong to me. Our collaborative meetings, which included me, the homeowner, the architect, the contractor and the interior decorator, typically ended discussions of the pool with, “But this is the only place we can put the pool.”

This never satisfied me, so I studied the topographical maps and suggested a number of solutions, only to be told, “That won’t work.” The implication was that, as a landscape designer, I was not the person best equipped to design the pool and hardscape areas. Still, I felt that I was the only one who was truly listening to the homeowner and the only design professional on the job who was completely unsettled by existing design decisions. I wanted to do better. 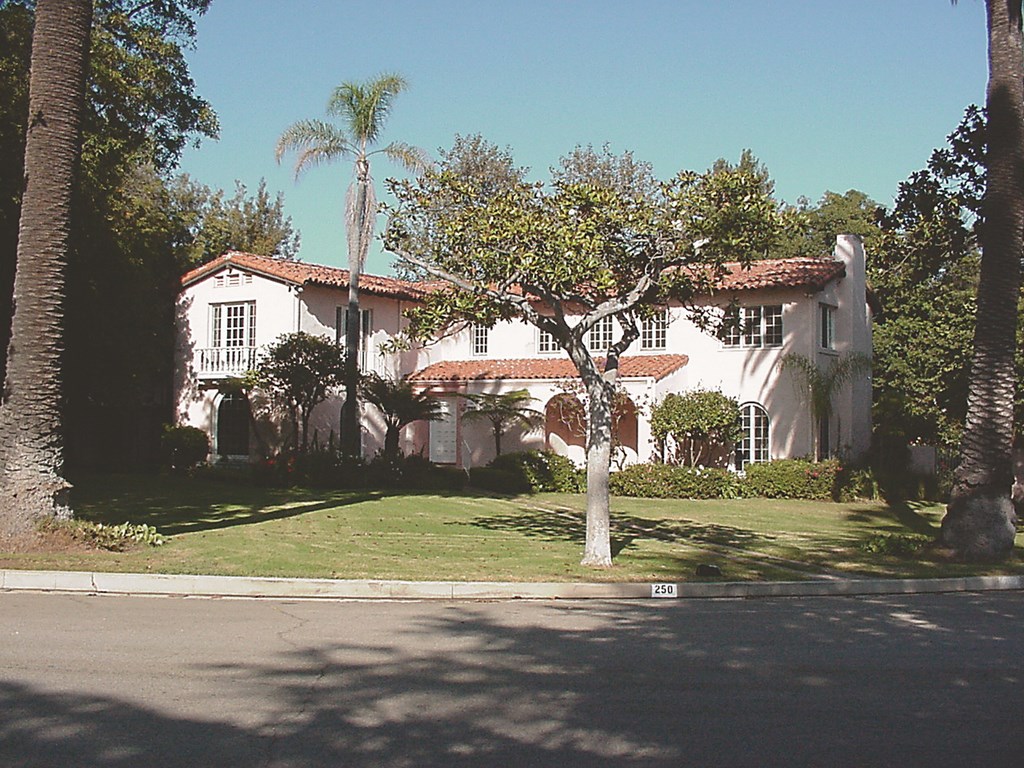 At one meeting, the homeowner told me directly that every time she looked at the pool chalked out on the side of the house, she had the desire to drag it over to the other side of the yard. As I listened, I recognized that I needed to become her advocate and play the role of the bad guy on the design team. I told her at the time that I would become a thorn in everyone’s side until someone told me a final decision had been made and that this was the way it was going to be.

I also recognized that I needed ammunition, so I picked up my stack of back issues of WaterShapes and started doing some homework. Before long, I decided to call two “pool guys” whose work, as seen in the magazine, seemed to suit the situation I was facing. A call to the magazine’s editor gave me additional information about the two of them, along with pertinent contact information.

Before a week had passed, I’d met with both of them and gathered as much of an education as I could about what they do.

The first fellow I met with mainly builds pools. My presumption going in was that everyone who built high-end pools was likely to know how to design them – not necessarily true, as I discovered. He had an impressive resume, Genesis 3 Design School experience and was clearly at the top of his game. But, he informed me, design was not his strong suit. He could tell me about the expansive qualities of the soil, when to build and how to build, he said, but if I needed design advice – particularly historical design advice – he was not the best person for the job. More than anything, I appreciated his honesty.

My next meeting was with someone who, before we met, had no idea that all of the projects he’d published in WaterShapes had given him something of a reputation as an expert in Spanish-style architecture. We met on site, and I showed him what was planned and offered my own thoughts in the matter. He listened to everything I told him about the homeowners and their “needs” and “wants” lists, and then it was my turn to listen and gain an education about historical restorations and classic architecture.

He began explaining the principles of the Islamic architecture that had such a strong influence on design sensibilities in Spain – and of how those principles had been exported to and modified in the New World as the Spanish Colonial style. He talked about the importance of the axis in this style and how important elements of a setting were set up on a perpendicular grid.

In this context, he was able to show me how, from a historical perspective, there was a “proper” place for every hardscape feature in this particular yard, including the pool, and that every feature needed to have a purpose or lead you visually to another place. He also pointed out that this didn’t mean that there was only one way to design the exterior space, but simply that there were ways to make everything work from an historical perspective that would tie the exterior together with the house.

I made an executive decision at that point and gave him the blueprints. I knew the homeowner would pay for a couple consulting hours and an initial concept, and I felt confident that he would eventually be hired to join the design team and would end up not charging for the consulting work once he became the contractor for the pool. 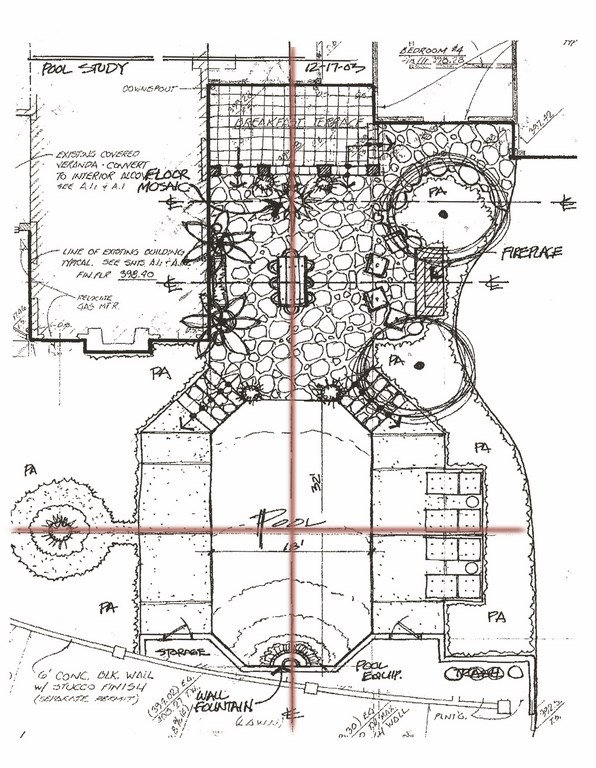 More important, by the time we were done I was convinced more than ever that I had to derail the architect’s notions about what should happen in the backyard and where the pool should be placed. That in mind, I arranged to bring him to meet with the homeowner and have him explain to her, as he had to me, exactly what he thought about the yard – even if he wasn’t to be hired to develop the final plan. I knew that once she heard his rationale and saw the depth of his understanding of this sort of project that she, too, would be sold on bringing him aboard.

Sure enough, one week later and after an hour-long conference call abbreviated by faxed visuals, the homeowner was convinced that there was a way to get what she wanted without having to shove the pool off to the side of the house. As of this writing, he has been contracted to design the exterior hardscape of the house in conjunction with my planting design. It is also clear to the entire project team – even the architect – that this decision has been the catalyst for pulling all of the design’s loose ends into a neat bundle.

As much as I might liked to have been completely responsible for the exterior design, I am more than a bit proud that I recognized my limitations and moved beyond them to get that help I needed. As I told the homeowner, it was more important for me not to make a penny on the hardscape design and have it done right, than to try and push my way through the project based on my design ideas or the architect’s. If, at the end of the project, she looked at her yard and was dissatisfied with the outcome, wouldn’t it ultimately reflect poorly on me and my design advice and abilities?

Here’s what we landscape professionals can take from all this:

[ ] Know yourself. As designers, we must know our limitations. I know I’m not well versed in every area of design and that collaboration – drawing on top people in allied professions – is one of the most valuable tools at my disposal. So be open to meeting new design professionals, sharing ideas and learning new things. (It’s also a fact that collaborations can lead to lots of referrals – maybe the best marketing tool we have!)

[ ] Do your homework. It always pays to research your design options. There are too many different approaches to getting things done in the watershaping trades, and it’s not our job to know everything and how it’s all done. That’s why I recommend opening yourself to the wealth of information and resources available within the watershaping community.

[ ] Seek allies. Don’t settle for less than you need, and spend time finding the right person for the job. As I discovered in my two conversations with pool contractors, a pool person who can design may also be a competent pool builder, but it’s also true that there are builders who can’t design and designers who can’t (or won’t) build. So ask a lot of questions about previous work and by all means make calls to those who know these watershaping professionals to get their thoughts on who might be the best person for your particular project.

[ ] Read WaterShapes. Don’t just flip through each issue: Read the entire magazine. I know that we landscape professionals aren’t generally fascinated by details of hydraulics or steel reinforcement or the other technical aspects of watershaping, but there is more to learn than just that. By reading each issue, you learn to ask the right questions and, perhaps more important, gain access to the best watershapers in the world, right here at your disposal. Any of them can be contacted by e-mailing or calling the staff at WaterShapes – an unbelievable wealth of information.

[ ] Don’t settle. Never give in too quickly when you run into uncomfortable design situations. Had I sat back and accepted the architect’s best take on the exterior design of this project, I would have had terrible regrets (although I might have learned a valuable lesson for the future). As we’ll see in upcoming issues, it’s worth it to be stubborn when the design of something just doesn’t feel right.

We’ve also had to make some difficult decisions regarding removal of large trees on this property. The project is in an area well known for its trees, but it’s not in a preservation zone, so the challenge is more emotional than practical. Still, it cuts to the heart of what historical restorations are all about – the subject of columns to come.