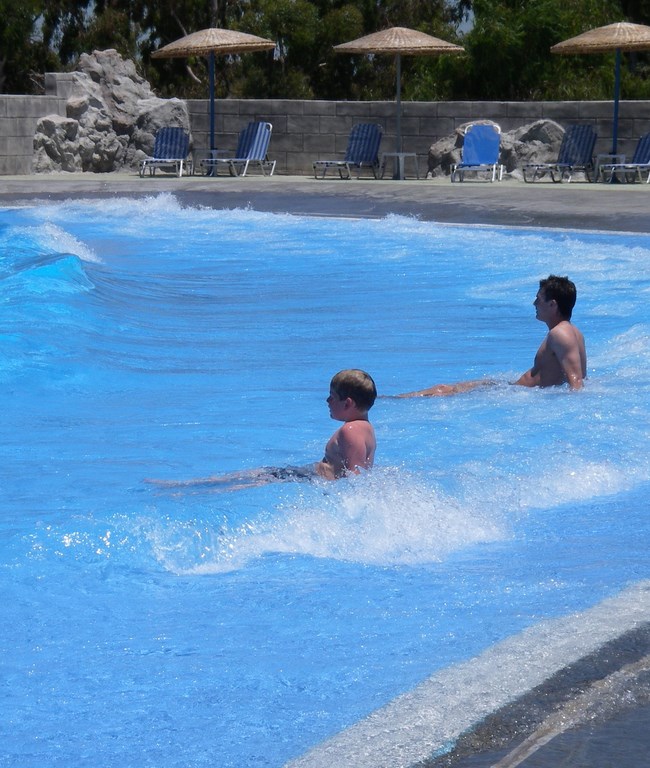 The idea that someone can enter a man-made body of water and go surfing is both exciting and a bit mind-boggling. Perhaps that’s why, as is the case with many a good idea, there’s more than one claimant to the distinction of having built the first-ever wave pool.

Most people in the know trace the origins of these vessels to the early 1970s, and I know for certain that we at Whitewater West jumped into the game early on: The company became involved in its first wave pool a year after opening its doors in 1982, and to date we’ve been involved in installing many of the hundreds of systems that now grace aquatic facilities across North America.

As waterparks work to distinguish themselves, wave pools have become more elaborate when it comes to both themes and aesthetics. In fact, in the 17 years I’ve been working on wave or surf pools for the company, I’ve seen these vessels grow dramatically both in popularity and in the level of the technologies and design details that make them

Their crowd-pleasing ability has always made them important to waterpark owners. All it takes is watching what happens when the horn sounds to signal the activation of the system and hordes of excited children rush into the water. (For safety reasons, wave pools operate at intervals to give bathers time to rest, so anticipation rises as park patrons wait for the each new session to begin.)

In addition, wave pools provide mass entertainment. Where attractions such as waterslides make everyone wait in line, once a wave pool starts, anyone can wade in and try to catch a wave with or without the assistance of a flotation device. Indeed, a large wave pool can accommodate hundreds of people at a time, thereby relieving pressure on lines and crowds at other attractions and making the whole park more fun for everyone.

Compared to most other park features, wave pools are typically large bodies of water and boast large beach areas beyond their fringes that enable even those who don’t ride the waves to lounge outside the water and watch the fun. As such, they occupy a good slice of real estate and the structures themselves are large and complex, which often makes them the largest investment a property owner will make for any one type of feature.

Not all of these features are huge, of course. In fact, there’s a wide range of available systems these days, some generating small waves in which bathers do little more than bob around in undulating water, others capable of generating large, breaking waves that are suitable for actual surfing. Throughout the world, this involves two basic technologies:

[ ] The first (and by far most common) is the pneumatic system. Here, air is blown into chambers set at the deep end of the pool. These chambers have underwater openings; when introduced, the air pushes down the water level in the chamber, creating a surge in the pool outside the chamber. Various wave patterns can be generated by having a series of chambers across the back of the pool and alternating air flow into different chambers. The resulting waves are typically around one three feet in height but may reach to nearly five feet at intervals of less than three seconds. [ ] The second type of wave equipment is the hydraulic system, where water is pumped into enormous holding tanks above the deep end of the pool. When the gates in the bottom of the tanks are opened, this massive volume of water flows into the pool and creates a surge that can rise to nearly ten feet in height as fully surfable waves that can be cycled approximately every 90 seconds.

Of the two systems, hydraulic ones are more powerful and put tremendous volumes of water to work. As an example, we recently completed a system at the Mt. Olympus Resort Water & Theme Park in the Wisconsin Dells. The Poseidon’s Revenge wave pool sends more than 160,000 gallons of water surging through the 480 foot long by 440 foot wide pool every 90 seconds. 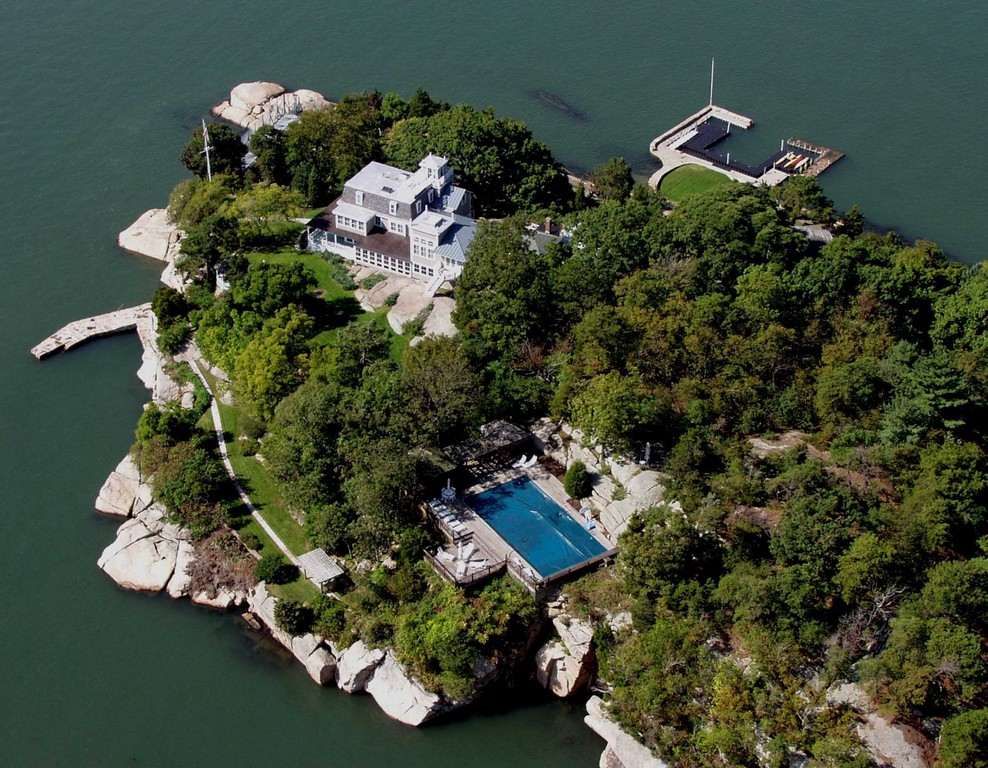 These systems use massive pumps that can generate anywhere from 150 to 500 horsepower with each surge. A typical pool will have eight to 10 chambers or tanks, usually fed by four large pumps. Each unit can be controlled separately, which allows not only for generation of waves of different sizes, but also for sequencing in the opening and closing of chambers that can make waves break straight or from right to left (or vice versa).

Hydraulic systems are larger, more expensive and create more excitement because of the size of the waves they can generate. Pneumatic systems are more common, however, because they work in relatively smaller bodies of water, don’t take as long to build and are more affordable.

Just as is the case on natural ocean beaches, the slope of the bottom of a wave pool is crucial in creating the wave.

As the surge moves forward from the deep end (typically 10 to 12 feet deep), it passes over a sloped bottom that causes the wave to rise before it eventually breaks. The energy of the wave is then dissipated as it washes up onto the beach. From an engineering and design perspective, the available volume of water, the length of the pool and the angle of the slope determine the height of the waves. 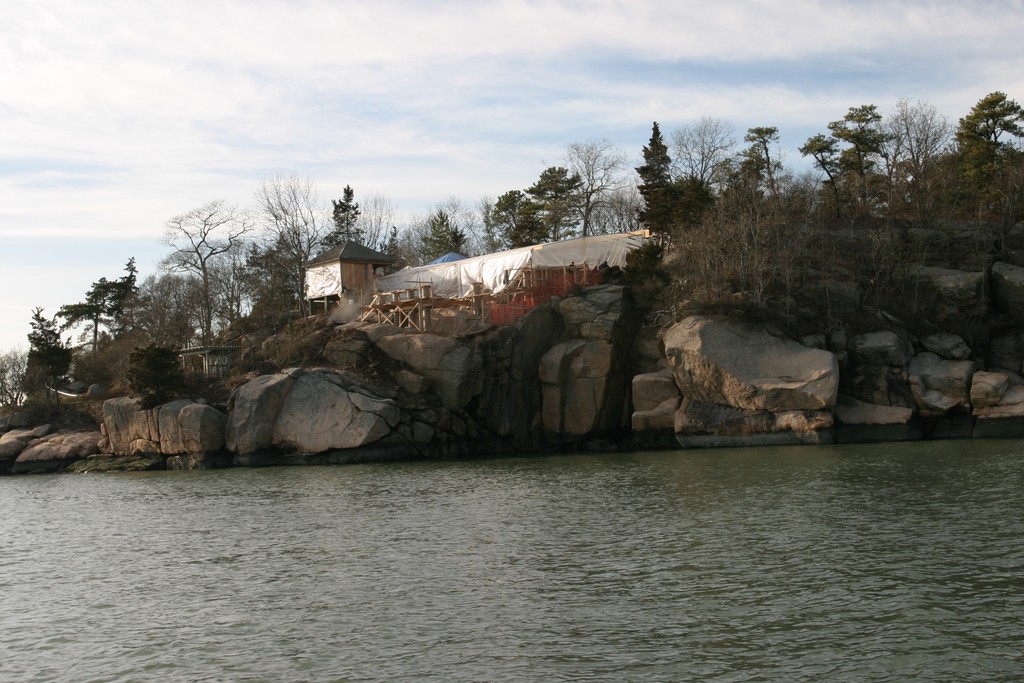 Another factor is the shape of the vessel. Wave or surf pools work effectively with either rectangular or fan-shaped ends, but fan-shaped systems have at least two advantages: First, they offer more surface area so smaller children and observing adults can enjoy the shallow water as well as a broader dry-beach area. Second – and this is particularly true with big hydraulic systems – the fan gives the wave more area in which to expend its energy.

Water is returned to wave systems through large grates positioned at the sides of the pools. These offer access to large, gravity-fed channels that flow to surge tanks positioned behind the wave-generating system. These tanks must accommodate both bather surge as well as the water needed to fill the tanks or chambers, and given the need for rapid flow, the plumbing lines tend to range from 24- to 32-inch diameters. The systems aren’t complex (there is, for example, usually just a single valve to prevent backflow), but they’re big.

The filtration and chemical treatment are similarly simple and large, generally featuring high-rate sand filters with feed systems for liquid or gas chlorine. 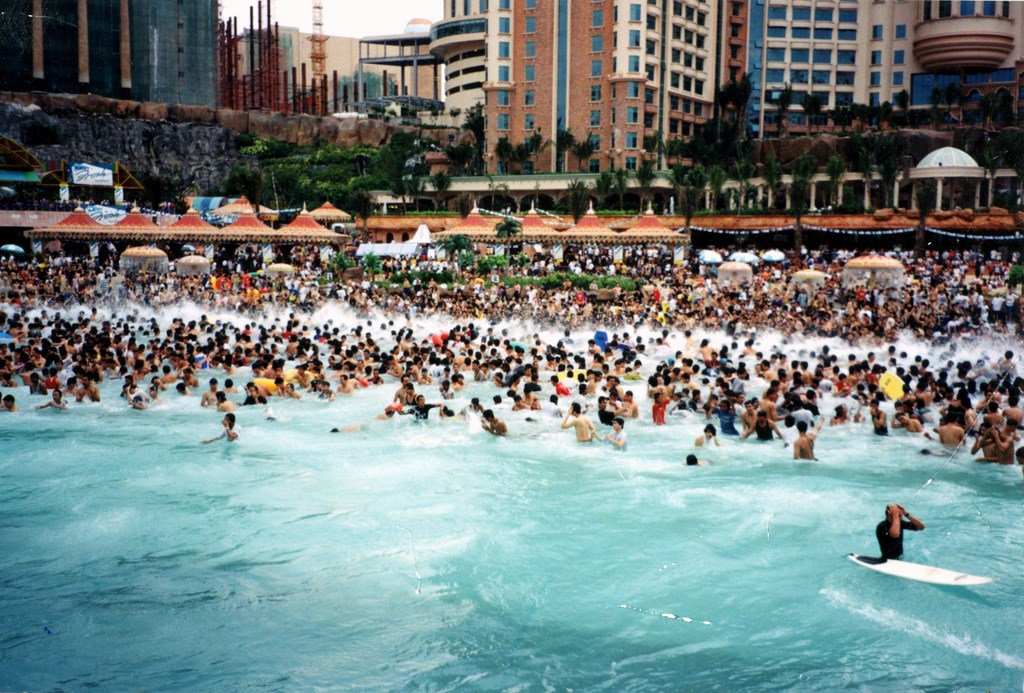 The principles of structural and hydraulic engineering upon which these systems are based are quite well established – certainly to the point where I can’t think of a single wave pool that doesn’t function as it should. Most of the complaints we receive come from property owners who, when they see what these pools can do and how popular they become, wish they had opted for something larger. On a practical level, however, there can sometimes be issues with splash-out and water loss; we can generally take care of those post-commissioning concerns by adjusting the system to create somewhat smaller waves than were anticipated in the design phase.

We also build these systems with flexible equipment packages and a great deal of redundancy. If we intend a system to run on four pumps, we design them with capacity that allows for production of the same effects with just two pumps. And there are always back-up devices on line and ready to go to prevent any down time. That’s very important to property owners and operators: Obviously, they want these major attractions to be operational whenever their parks are open for business.

Whenever we get involved with a wave-pool project, we almost always work directly with a property’s owners or managers. If they’re involved in the world of waterparks, they tend to be extremely knowledgeable when it comes to technology and the types of systems that are available. They’ve also visited other properties and have strong ideas about what they want.

Their ambitions have a lot to do with how our work proceeds, but technically it’s a straightforward matter of knowing the size of the vessel, the anticipated bather load and the types of waves the park’s team wants us to produce. From start to finish, a project commonly takes from 12 to 14 months, but when owners confront us with tight time frames (as was the case with the abovementioned Poseidon’s Revenge feature), we’ve been know to pull everything together in as few as eight months. 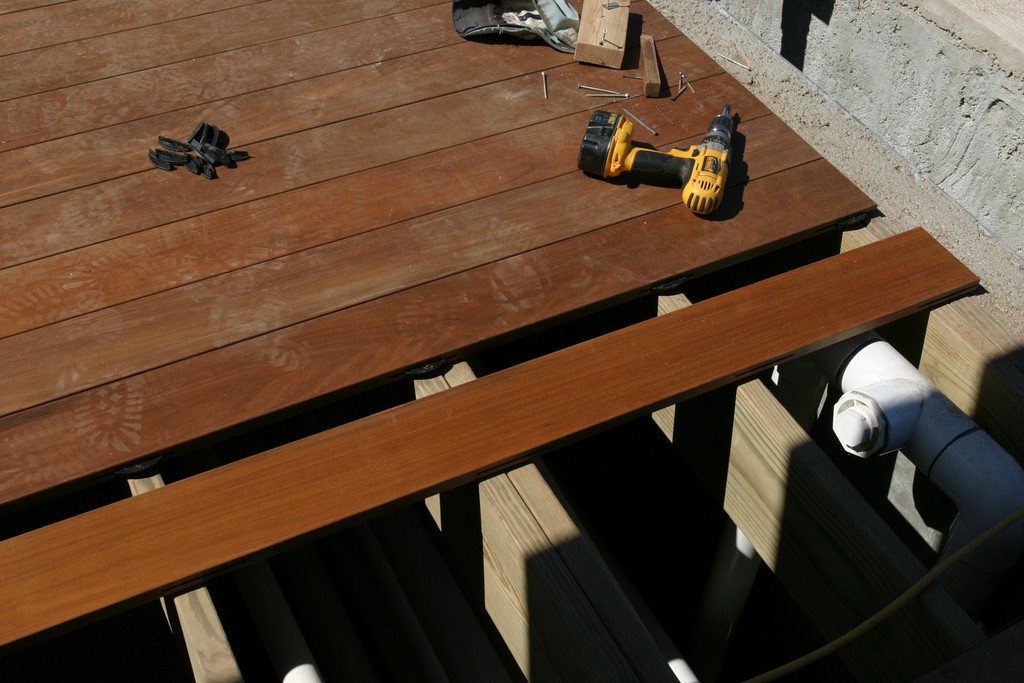 No matter the timeline, the critical nature of these projects means we stay with them from beginning to end, working with the contractors who build the pool to be sure that all specifications and design parameters are met; overseeing the installation of all of the equipment; and, finally, commissioning the system. If there are any glitches (which happens rarely), we’re there to work them out – but most of what we do after a system is up and running is about programming wave types and establishing wave intervals that meet a park’s needs.

As dynamic and energetic as wave and surf pools are, they present surprisingly few safety-related concerns. This is because we all are familiar with (and rigorously adhere to) health department standards for details such as signage, flow rates and surface-finish materials. While in operation, these pools are also supervised by cadres of lifeguards who are always on the lookout for bathers who might get into trouble. To that end, all of these systems are equipped with emergency shut-offs so lifeguards can immediately get control of any situation that might arise. 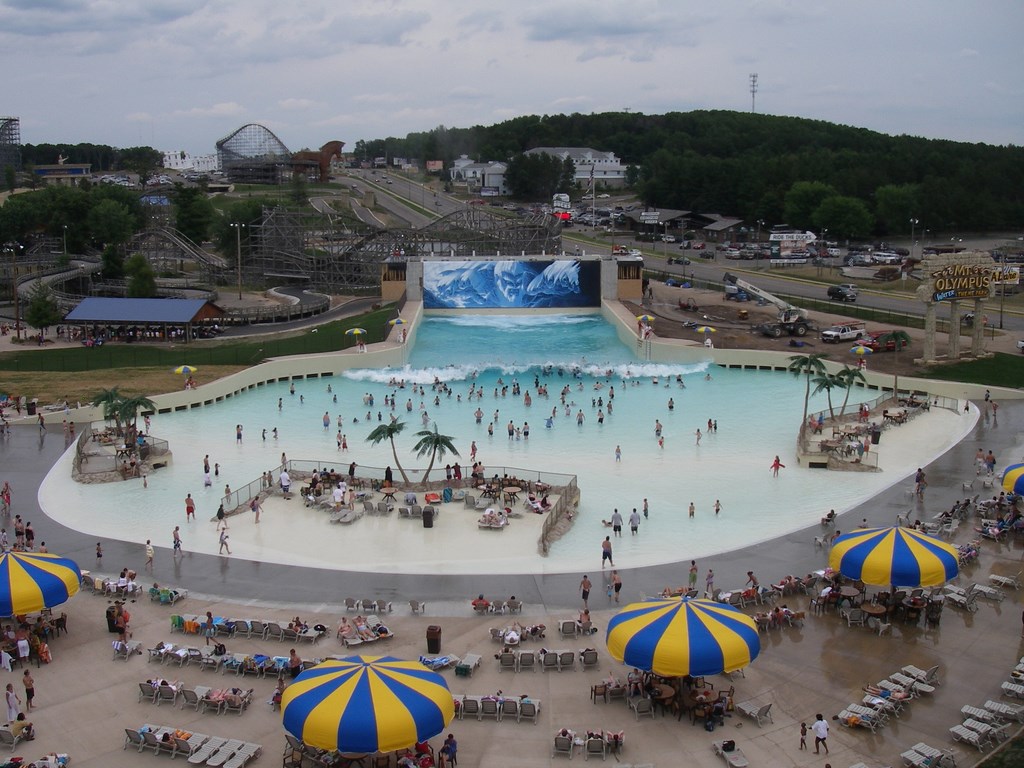 As mentioned above, the key to safe wave-pool operation is that fact that, unlike ocean waves on natural beaches, operators have control of wave size and intervals and can also establish downtimes during the course of the day to ensure that weary swimmers take a break. With these basic safety measures, experience shows that even minor injuries are rare in these pools.

One thing that isn’t rare in these pools, however, is great, good fun. It’s always tremendously satisfying and exciting for us to watch a new system come to life and see people getting into the waves for the very first time: There’s nothing like the seeing their happy faces and hearing the screams of excitement.

That’s why these pools are so popular: It’s all about the sheer fun of not only getting in the water, but also having the chance to catch a wave!

Andy Tymiak is product manager for mechanical systems at Whitewater West, a manufacturer of waterpark systems located in Richmond, British Columbia, Canada. He received his diploma as a Mechanical Engineering Technologist from the British Columbia Institute of Technology in 1990 and has been with Whitewater ever since. Tymiak is currently responsible for mechanical-system design for wave pools, lazy rivers, slides and the company’s AquaPlay interactive systems. In that role, he coordinates many aspects of electrical design and computer control for wave machines, slide dispatchers and conveyor systems and through the past 17 years has been involved in hundreds of waterpark projects worldwide.