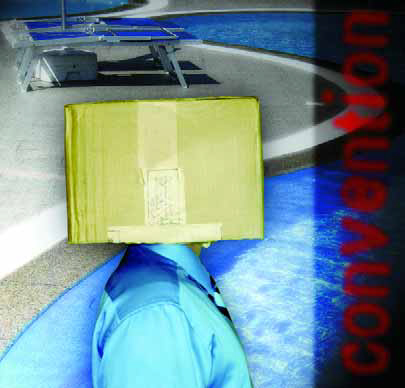 For years, conventional wisdom has held that many of the advances in watershape design incubate in the commercial realm and then slowly percolate over to the residential market as our clients ask for features they’ve seen on vacation and elsewhere.

That paradigm holds up to this day in many ways, but what’s less acknowledged and, I believe, more prevalent in today’s market is an opposite trend in which commercial clients are requesting details that are more closely associated with residential pools. In fact, it’s my observation that the custom residential market has become so adventurous in recent years that it’s now driving commercial watershape designers into areas that wouldn’t have even been considered just a short while ago.

On the one hand is a residential market in which the only real impediments are budgets and the imaginations of designers and clients. On the other is the commercial realm, where designers, contractors and clients face the same limits of cost and creativity but are also hamstrung by the often-random dictates of local health departments.

The latter environment can be so oppressive that many designers – myself included – have become reluctant to tackle projects in anticipation of the frustration of having a hard time giving clients exactly what they want.

What we see over and over again in this environment are commercial projects that have been designed primarily to meet health department codes. This has led to what I view as an enormous design rut that channels these projects to a backward-facing banality at a time when the rest of the watershaping world is moving forward by leaps and bounds.

Does this apply across the boards? Not at all, as there are some commercial projects in some regions that bespeak wonderful creativity. In the main, however, commercial work is too largely defined by limitations – that is, health department rules – that drive the design process to a far greater extent than do the needs of the client or the requirements of the setting.

Making matters worse is that there are some commercial contractors out there who seem interested in preserving and protecting this situation. I’ve run into situations recently in which such contractors are so adamant about limits that they don’t seem at all interested in pushing the boundaries in any way. It’s as though there’s a certain control this gives them over the work and a sense that health department standards empower them to stand pat in what they’re willing to try and what they’re not.

The upsetting thing from a design perspective is just how arbitrary some of those rules have become. Take signage requirements as a smallish example: In some jurisdictions, the warnings required at small intervals for every step, edge and flat surface in and around a pool have reached a level of absurdity. Or there’s the resistance to shallow-water lounging areas, beach entries or seating areas located within the boundaries of a pool: None of these restrictions seem either necessary or sensible.

And I love the concept of setbacks for food service around bodies of water. It’s as though selling hamburgers within 50 feet of the water is an open invitation to drop an over-priced sandwich in the pool. Maybe I’m missing the point here, but most people I know don’t go swimming while eating. Despite that simple observation, in a great many jurisdictions you can forget any thought of including shallow lounging areas in commercial projects.

For all the annoyance of this overwrought concern for errant French fries, there are codes that create real problems. Traditional gutters, for example – still allowed and even required in some areas – collect debris only to have it saturate with water and slosh back out into the pool where it sinks to the bottom. Personally, I’m much less worried about a spilled beer than I am about this sort of decomposing muck.

To my mind, much of what we see in the commercial realm stems from our society’s epidemic belief that people must be protected from themselves. It doesn’t take a genius to see the relationship between petty regulations and the litigious state of American culture.

And to be fair, there are many health department codes that are reasonable and make perfect sense. There’s nothing objectionable in requiring slip-resistant surfaces, for example, or demanding circulation, filtration and water-treatment systems that producce reliably safe water conditions. I understand the disability-access issues, too, as well as the lighting requirements that go with pools.

But even where they do good, the codes sometimes do it in arbitrary or even contradictory ways. With chemical treatment, for instance, I understand why health departments might require certain levels of sanitizer residual or oxidation-reduction potential (ORP) within a body of water. Those things are necessary to ensure healthful bathing conditions and I can’t argue with them.

Yet it seems as though health departments are more concerned with technique than they are with results. Why on earth, for example, does saltwater chlorination technology face such uphill battles in some areas? The technology has proved itself, but for years health departments in certain jurisdictions have resisted its application for no apparent reason.

Of course, I remember a time when ORP technology, now a mainstay in commercial systems, was on the outside looking in, and there are elements of filtration, heating and pump technologies that have all faced similarly gradual acceptance. On a hopeful note, this indicates that even though health departments are slow and arguably behind the times, they can and do change. But what is it that forces these changes?

In my view, it’s not likely the contractors who work the commercial market are working as drivers of change. In fact, I know many who are quite content to keep building the same thing over and over again and have a remarkable ability to resist any voice that says there might be another way to get things done.

Some are distinctly determined to stick with the familiar and avoid the potential hassle and expense of battling with regulators over a novel design feature. That reluctance results in a stagnant mindset that has, I fear, resulted in the commercial market’s failure to realize its modern potential.

Those missed opportunities really come into focus when you see the wildly adventurous commercial projects that are being built in other countries.

This is where you see vanishing edges, imaginative waterfeatures, swim-up bars, shallow lounging areas (with, I might add, full food service nearby) and much, much more. I’ve seen pools in other countries that I know for a fact would never have been built in most jurisdictions in the United States.

For all of that, I draw encouragement from specific situations that seem to indicate the possibility of pursuing more adventurous commercial designs and applications.

Some years back, for example, I redid the pool at the famous Raleigh Hotel in Miami Beach, Florida. At the time, there was real speculation that the design I developed – one that included a shallow shelf around the entire perimeter of the pool and a huge waterfeature fashioned from the existing diving tower – would never make it through health department review. As the designer, I wasn’t directly involved in the battles with the health department, but to the amazement of many, myself among them, the pool was renovated entirely per plan.

More recently, I designed a pool for a planned community located outside of Cashiers, N.C. The property’s well-regarded developers were working with a landscape architect who, at their request, had drawn up a general plan for an unusually elaborate public pool that was to feature a vanishing edge, large waterfalls and a large, shallow lounging area.

When I became involved, I told the clients that the only way they were going to have any fun was to step outside the envelope, push for the design they wanted and overcome what I call a “pocket protector” mentality among both contractors and health departments that calls for doing things plain, simple and the way they’ve always been done.

I told the design firm that if that mentality applied, I wasn’t interested in participating. I further explained that my firm was all about exploring and stretching creative boundaries and that it wouldn’t be in our shared interest to bring me into an environment that would be hung up on convention.

The clients knew what they wanted – a composition that would be a luxurious selling point for prospective buyers – and agreed to be adventurous with me, so I signed on.

Frankly, the resulting plan not only pushed the gray areas, but also ran around freely in an area well outside the box. The design team was in agreement and we moved everything out for bids.

We knew what would happen and, sadly, weren’t disappointed: The contractors predictably slammed the entire design based on their conviction that there was no way the plan would meet the local health department’s requirements and restrictions. So we short-circuited the process and took the plans to the health department on our own rather than leaving them in the hands of contractors who didn’t believe in what we were trying to accomplish.

It was difficult – a nip-and-tuck process for much of the way – and we did end up compromising on a couple of features, but for the most part the design held up and made it through the approval process.

Now, the client has an approved set of plans in hand and has no reliance on a less-than-enthusiastic contractor to broker the health department’s review process. Of course, we recognize that there will be snags along the way, but this gives us a starting point that is far more solid than it would have been otherwise. It also did our souls good to gain approval for a scheme so many contractors had told us would never fly.

To be sure, the phenomenon I’ve discussed here is distinctly regional. I can imagine that there are some of you in places like Las Vegas and Hawaii who can’t believe your eyes (and should be thanking your lucky stars you live in a place with so much more design flexibility). It’s clear to me even in casual observation of these markets that designers, contractors and health departments have been moving forward together toward more adventurous designs.

I wouldn’t be at all surprised to learn that the scale, expense and eventual economic impact of these resort projects have given property owners and their design teams more clout of a sort that leads to greater regulatory flexibility. More than that, however, I believe there’s a competitively fueled culture of innovation that takes hold in these areas and that innovation is an expected part of the process.

When that culture permeates the industry and its clients and brings momentum to negotiations with local officialdom, the possibilities open up and the potential for exciting and successful projects increases dramatically.

I look forward to a day when those shackles of convention are set aside in more than an isolated few markets in favor of a more legitimate and expansive focus on luxury, creativity and innovation. When that happens, commercial watershaping will reclaim its proper place at the innovative forefront of the industry. Until then, we’re left to live with the constraints – or to work hard at breaking them.