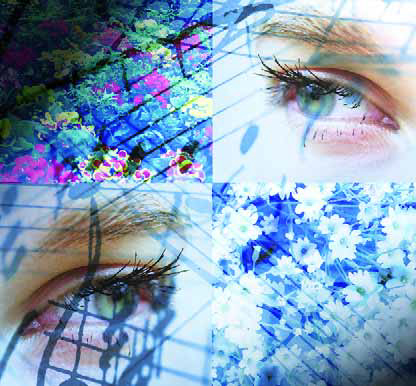 As designers, we learn to evaluate landscapes and watershapes with critical eyes, deciding if we like a plant palette, for example, or if a hardscape makes sense or a watershape is sited properly in a yard. These critical skills are important, because clients hire us to pull all of those elements together and develop solutions that suit their needs as well as those of the setting.

On rare occasions, a design/build project will stay on a straight course from initial concept to execution. Usually, however, I know that any ideas or biases I carry onto a job site will change and become more complex as I get to know my clients’ wants, needs and desires. In other words, my critical skill – my designer’s point of view – is consistently tempered and adjusted as a result of my interactions with clients.

Case in point: I was recently hired to design the planting for a large property in the San Fernando Valley area of southern California. The climate is hot and generally dry during the summer and somewhat cold during the winter, although it seldom reaches the freezing point.

Surrounded by a large Ficus nitida hedge – roughly 40 feet tall and 15 feet wide – the property is well screened from adjacent commercial properties and residences and is what I would call a very private environment. The homeowners had hired David Tisherman to design their pool and hardscape; at David’s suggestion, I was brought in to design the planting.

After reviewing David’s plan and meeting with him and the homeowners, I set off to learn more about our client and what they envisioned for their yard. I knew up front that the entire yard (except for the Ficus hedge and a large Carrotwood tree) was to be demolished, including all foundation and perimeter planting and the existing pool. This left us with a clean slate – the best of all possible worlds.

The property is flat, with the areas to be landscaped forming a large L shape on two sides of the house. On one leg is the pool area, including a wide expanse of potential planting area; on the other is an entertainment area with a covered patio, a barbecue island and decking for tables and chairs.

As it was, the hedge-lined property felt like it was surrounded by walls and wasn’t a particularly comfortable space. After reviewing the architecture (modified Tudor), my initial supposition was that we’d design a lush, full planting that would extend from the foundation to the hardscape and that we’d intersperse a few trees to ease the verticality of the house and the Ficus hedge – the aim being to make the yard warm and inviting.

I formed these initial impressions without any discussion with the clients. It’s my usual practice to develop some sense of how I’ll approach a planting design even before I speak to clients, just in case they don’t have any notion of what they want. That way, I can start by giving them a sense of who I am with my ideas while not forcing preconceived notions on them before they’re ready to make final decisions. Often, I never even get to relay these ideas, because most times clients are fairly clear about what they want.

With David’s overall layout in mind, I began my process of discovery with the clients in an initial meeting that was all about them and their expectations – and, of course, an opportunity for me to evaluate views from inside the house and around the yard.

We looked at pictures she’d cut out that represented her likes and dislikes. Immediately, it was clear to me that her sense of style was well developed and that she had a liking for clean lines, non-fussy appearances and lots of green. She also gravitated toward a more formal, symmetrical look, but not of the Boxwood-hedge type. Instead, she was after a sophisticated, elegant, clean, low-maintenance planting, which meant my initial thoughts about a lush, cottage-like planting needed adjustment.

During our meeting, we consulted my color bible – Malcolm Hillier’s Color Garden – to define her leanings with respect to color. She declared her preference for medium greens, indicating that we could also lean toward the yellow tones just a bit.

She tended toward oranges, reds and yellows, but always preferred the less-saturated pastels and medium tones with minimal contrast – and absolutely no purple was allowed. (This request made me sweat a bit, as in my area, purple and lavender are by far the most prevalent flower colors.)

She also rejected spiky foliage and annual color (not wanting to throw money away every few months), and any sort of meadow/wildflower look was totally out of the question.

What became clear right away was that this plant palette was going to be much simpler than usual, but also that it would be quite distinctive – and different from anything I’d ever done before. With all these parameters defined, we scheduled a trip to the nursery. In preparation, I made a preliminary plant list based on our discussions.

Once at the nursery, we moved up and down the aisles with me pointing out plants I thought would work in the design. Quickly, I noticed that she liked only those plants that had white flowers – or that didn’t flower at all. When I pointed this out to her, she said she would love to have an all-white garden.

Of course, I know of famous, high-end “white” gardens that work wonderfully, but in this particular case, I believed we couldn’t achieve the look the client wanted.

Considering the already-flat appearance of the yard and the barrier created by the hedge, I said that I’d advise against such an approach because it would make the yard look flat. Additional colors, I added, would lend depth to the design and that while I could use white as a principal color, I wanted the flexibility to use others.

She took note of my reservations and accepted my judgment, at which point I told her that I was now ready to insert plants into the design and would need a couple of weeks to prepare a final blueprint.

Once back in my studio, I reviewed the concept layout we’d agreed upon and began constructing the planting design in my head and on paper. I usually do tissue overlays of proposed plant layouts and then ponder a bit, picturing things in my head for a time to “see” if they work visually.

I find real value in drawing everything and then giving myself a few days to walk away: It gives me what I need to return to the plan with fresh eyes and make any adjustments that need to be made before committing to a blueprint.

This time, what became apparent to me was that I was being narrow-minded. The plant list for this project was much shorter than is typical: This enabled me to work through combinations in a way that led me to see that I could, in fact, give my client the white garden she wanted.

What I discovered as well was that I was in something of a rut when it came to thinking about color. I was relying (as always) on mixtures of color, line, texture and form to create interesting planting designs, but what I now recognized was that I could eliminate one of those elements and still develop a design filled with depth, dimension and interesting plant arrangements. What I needed to do for this client was rely more heavily on the texture and form of the plants and on the lines I was organizing within the design.

What became apparent to me is that, with most of my designs, I have always relied primarily on color – much more so than on any other element of planting design. In my case, all it took was the right client to shake things up. Needless to say, when I completed the design and called my client, she was surprised and delighted that I’d been able to create a design that used only white-flowered and non-flowering plants.

The yard is not yet complete as of this writing, but I am fully confident that the combination of medium green tones with a mix of textures, leaf sizes and plant forms and heights – and, of course, lots of white flowers – will provide my client with the sophisticated, elegant garden she’d been envisioning.

My point in recounting this story has little to do with the ins and outs of creating a white garden. Rather, it has to do with the fact that, as designers, we tend to lean on tried-and-true design techniques that work for us. There’s no problem with leaning on things that get the job done on a consistently high level, but what I learned through this process is that it’s undesirable to block out the possibility of trying something new just because you have a knee-jerk reaction to it.

Whether it’s a single-color garden or the use of a particular hardscape material you previously rejected, whether it’s about being flexible in using line and flow patterns within a design or lining a pool with a distinctively colored plaster or pebble finish, what’s important is to allow your mind to entertain these possibilities – particularly in the concept phase of a design process.

Ever since my encounter with the white garden, I approach my design work from a different angle. Instead of always talking about color with a client first, for example, I keep my eyes open and look for reasons to talk about plant forms or textures first to see what responses they elicit from my clients.

It may seem a small thing, but by forcing ourselves into territory that may seem uncomfortable, we expand our creative potential and find all sorts of new ideas and opportunities presenting themselves. Bottom line: Keep an open mind on any ideas your clients present, because the result may surprise you in highly positive ways.