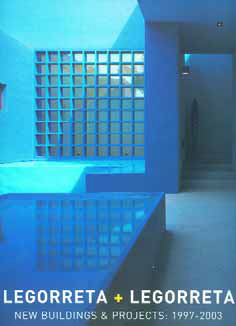 Back when I was still new to watershaping in the mid-1990s and working for a construction firm in Northern California, I was asked to review a project for a custom home under construction in Napa Valley.

I was intrigued, partly because the identity of the client was a closely held secret and partly because all project information and bidding was flowing through an architect in Mexico City. But what really grabbed my attention was the set of plans for the home and grounds – just incredible!

I’d never seen anything like it. The modernist-style home was based on big vertical and horizontal planes in brilliant colors. There were courtyard fountains, large rectilinear reflecting pools and a beautiful vanishing-edge swimming pool. The design was so outstanding that even when we missed out on the project, I held onto a set of the plans just because they were so fascinating.

It didn’t mean much to me at the time, but the architect was Ricardo Legorreta, the world-famous Mexican architect.

Fast-forward a couple of years: I had relocated to Texas and was starting out with a new firm designing and building custom pools when I saw an issue of Architectural Digest with the completed Napa Valley house on the cover. The owners were still anonymous, but their home had become known as the “Cabernet House,” and the article shed light on the Legorreta’s fantastically daring career. Since then, I’ve read many articles on his work and have become a true admirer.

I recently picked up Legorreta + Legorreta: New Buildings & Projects (1997-2003), with editorial coordination by Laura Laviada-Checha (Rizzoli International, 2003). As the title makes clear, the book covers Legorreta’s recent works, most of which have been collaborations with his son, Victor Legorreta. It includes 30 case studies, about half residential, the other half commercial including dorms at Stanford University in Palo Alto, Calif., along with a selection of hotels and office buildings.

The book’s 300 pages offer scores of stunning photographs and design sketches. Although many of Legorreta’s best-known projects have been covered in previous volumes, this collection is nonetheless a feast of designs that to my eyes are every bit as creative and potent as those from earlier stages of his career. The text doesn’t dig deeply into design philosophy, instead opting for a more anecdotal exploration of the process he uses in developing his designs.

It is also full of terrific quotes from the master himself, including his oft-quoted declaration that “Architects build dreams.” When you study his daring use of color, walls and the geometry of modernism as well as the settings and especially his use of water, it’s obvious that this creative genius has taken his credo very seriously.

Influenced by his countryman and fellow architect Luis Barragan, Legorreta’s work is self-consciously and distinctively Mexican. As he explains in the text, his desire as a designer has been to take the finest aspects of Mexican culture and expose them to the world through his own work.

It’s clear that a big arrow in his design quiver is the bold use of moving and reflective water. In several of the case studies, he explains that his work is also aimed at solving problems, and in many cases he has used watershapes not only to provide visual and aural experiences, but also to take advantage of their cooling effects in his open, airy outdoor spaces.

He also goes into depth about how the settings in which he’s worked and the presence of nature are major factors influencing his designs. Indeed, whether he’s approaching a project in the jungles of southern Mexico, the deserts of California or the vineyards of Napa Valley, Legoretta’s work is invariably in harmony with its surroundings.

I could go on and on in praise of Legorreta’s designs, but the experience I recommend is letting your eyes wander over the images of this book and drinking it all in for yourself. At the very least, you’ll benefit from familiarizing yourself with the achievements of this titan from south of the border.