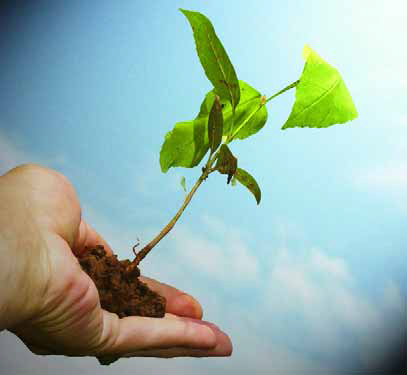 For years now, I’ve listened to people gripe about trade shows – how dull they are and why attending them is such a colossal waste of time. It’s gotten to a point where it’s almost fashionable to take these shots, and I hear them not just about the pool shows with which I’m vastly familiar, but also about the landscape shows of which I’ve attended just a few.

Actually, I’ve been attending trade shows for longer than I care to remember. Although just about every one of them managed to include some useful or positive experience, there’s no question that I’ve approached them with diminishing enthusiasm through the years.

I’ve never given up on them entirely, but I know a great many people who have, and who quit going long ago in favor of spending the time and money in other ways. I understand those feelings, believe me, but staying away is not what I would urge anyone to do. In fact, my aim here is to urge the non-attenders to reconsider their position and give these events a long, serious look.

When show organizers talk about the benefits of attending their shows, the same litanies invariably come across of the opportunity to see new products, pursue education and enjoy seeing contacts and colleagues from across the country (and around the globe).

That clutch of propositions has never been terribly compelling to me, because the reality is that I’ve ended up seeing the same suppliers exhibit the same products year after year; sitting in on the same seminars offered by the same instructors for the umpteenth time; and encountering the same disenchanted faces strolling the show floor – but fewer of them every year.

To me, however, trade shows have never been about that much-promoted triad of benefits. Instead, I think the ultimate reason for attending is to use these events as an opportunity to rekindle my enthusiasm for the work I do. In a word, trade show attendance is, to me, all about renewal.

I think that concept is particularly important in an industry in which it’s so easy to get caught up in the grind, especially during the busy season. In those times, we all run the risk of losing touch with the bigger picture and with other people in the same line of work. In staying away from industry gatherings, you make a basic choice to remain in isolation, and in time, I believe this has the effect of sapping the energy and creativity you put into your work and even the satisfaction you derive from it.

Rather than continuing to bemoan the sad state of trade events and expressing your disdain by voting with your feet, I suggest coming at the situation with an adjusted set of expectations and a fresh approach. That may mean attending events you abandoned long ago, and it certainly means planning your time and activities in a different way.

Furthermore, I’d like to suggest that the shows themselves are evolving in response to trends seen in the watershaping world and that some of the changes I’ve witnessed in the past several years merit your taking a fresh look.

Anyone who reads this magazine knows that our industry has changed a great deal in the past few years. Projects are more complex, there are more product options than ever before and consumers have higher expectations for what they want. In very real ways, those developments have influenced what is happening at trade shows – in big, overt ways and in more modest adjustments.

Add it all up, and this may well be the best of times to rediscover the positives that come with “making the scene.”

One way I’ve sustained my interest and enthusiasm in trade shows has been through attending events that are new to me. There’s no rule saying that anyone must hit the same events every year, and I’d argue that it’s good to mix it up. That can mean attending different events within the industry (and goodness knows there are plenty to choose from), or it can mean stepping off the reservation and visiting an event that’s related to but not necessarily focused on watershaping.

Earlier this year, for example, I attended the American Homebuilders Association show – a mind-blowing experience.

This event draws hundreds of thousands of people to a show floor with thousands of exhibitors offering every imaginable product that goes into homes, including a great many products that are of either direct or indirect value to watershapers. To be sure, the show is so immense that it’s a bit daunting and there’s no way I could have seen everything I should have, but there’s no question that I gained a great deal of general perspective as well as a pile of specific product knowledge.

I’m not a homebuilder, but I consider my time at their show very well spent.

I also recently attended a conference for the International Water Gardening Society. Again, it was beyond my self-defined focus on swimming pools, but I found the event to be far more relevant than I had imagined it would be in signing up.

My experience there will help me, in fact, with any future project I have that includes a pond or a stream. But much more important is the fact that I met a number of people who are crossing over the lines between naturalistic and more architectural forms of watershaping, and I’m certain some of those contacts are going to prove useful to me down the line.

There are all sorts of shows that fall into the category of “indirectly useful,” no matter whether the focus is landscape architecture, architecture, waterparks, concrete technology or surface materials. There are huge expositions as well as small education-focused conferences, and my point here is that you can’t judge them adequately unless and until you show up.

In considering the many shows that focus on watershapes, I do believe that some are certainly better than others.

I’ve been deeply involved through the past few years in developing programs for the Aqua Show as part of my work with Genesis 3. I don’t want to be self-serving on this front, so suffice it to say that it’s been tremendously exciting and satisfying to have the opportunity to influence the direction of that event to make it more directly serve the needs and interests of the design/build side of the industry.

In a nutshell, we’ve established a pattern for programs that comes very close to what I’ve always wanted a watershaping show to be. Obviously, I’d like to encourage people to attend, but my aim in this column is instead to express the hope that others will take note of what we’re doing and incorporate some of those elements into their own shows and conferences.

Some key features that would, I think, benefit just about every show include our segmentation of the show floor in a way that puts exhibitors serving primarily the design and construction fields in a single, defined enclave. We’ve also focused on upgrading educational programming, offering longer-format classes with instructors in some cases drawn from beyond the industry who have special knowledge to offer in fields from lighting design to color theory and more. Another key feature is the area we’ve established in which people congregate to talk about projects and new ideas.

None of this is secret or proprietary, and I sincerely hope that those sorts of adjustments are adapted elsewhere because I really think they help energize a show. To be sure, there are risks involved in changing the formula for any event, but my belief is that it often takes courage to change things for the better.

Just as a trade show can become tired and shopworn, I’ve also seen things head in the opposite direction with a couple of shows that have caught wind in their sails and developed new and exciting momentum. It’s my wish that this sort of inspiration might catch hold with every show and conference and that even those among you who have made a point of staying away will have little choice but to give these events another look.

As I see it, there’s a snowball effect: Your attendance encourages show organizers to keep on making changes that will perpetuate their success and events will continue to grow and stretch to keep professionals coming back for more. The same phenomenon has worked in the opposite way for years, with diminishing participation especially among designers and builders, but the new model program I’ve described has turned things around dramatically for at least one show.

At this point, all I can do is urge you to get involved: Attend a show this year, whatever it may be, and make a point of communicating your needs and desires to show officials. Let them know what you’d like to see and use whatever leverage you have as the shows’ customers to get organizers to listen to what you have to say.

The prime motivations for attending shows hasn’t changed through the years. We go to fuel our business with product information, education and networking, and that won’t change. What can be altered, however, is the atmosphere of the shows and the attitude people within the industry have about them.

It’s easy to sit on the sidelines and complain about how dead a show has become or how lackluster the educational programming is, but I’ve always found direct engagement to be a better way to get what I need, so I’ve gotten involved in a big way. And I think what we’re doing has had positive effects on many levels.

And as you might suppose if you’ve read my columns for any length of time, I also consider the simple act of traveling to events like these to be valuable in and of itself: You break your routine, give yourself an opportunity to have some fun and at the very least have the opportunity to make new friends. Those things are all very important for people working in an industry that can be as manifestly challenging as watershaping.

So pick a show or two and attend with the thought of making the very most of the experience. If you do so with fresh eyes and a positive spirit, odds are you’ll come away feeling renewed – the greatest benefit of all.