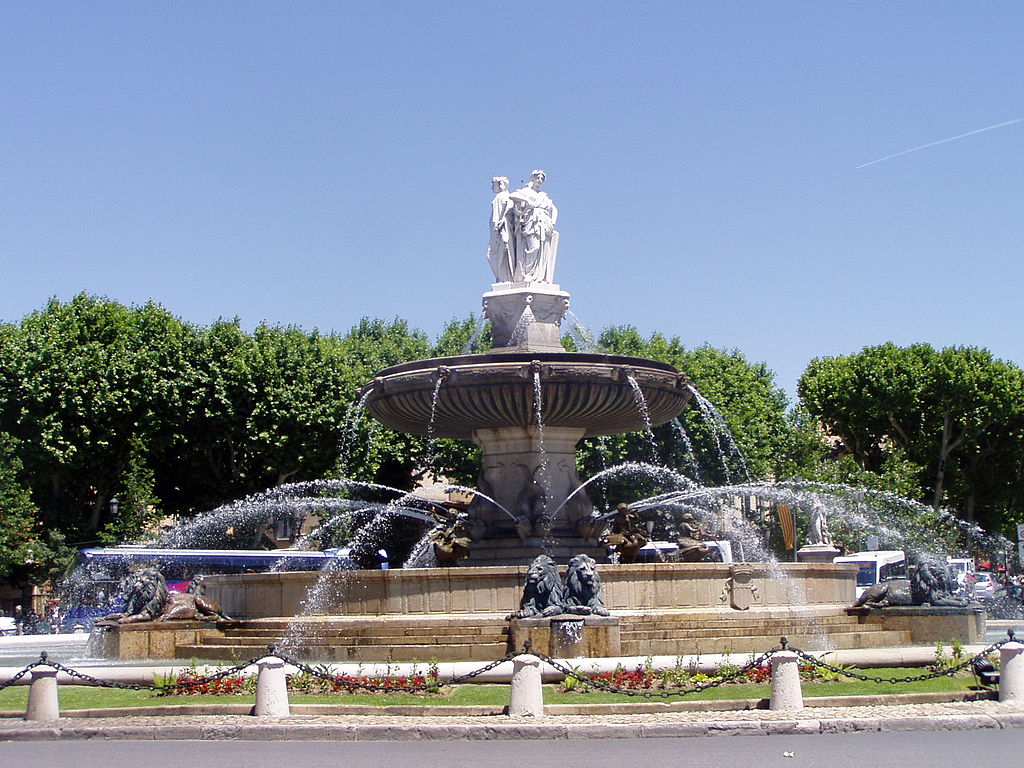 I have always been inordinately fond of fireworks.  Indeed, and as my children will not-so-patiently attest, my year isn’t complete if I don’t get to spend part of every Fourth of July either watching a big fireworks display or, better yet, helping to stage one myself.

In the summer of 1978, however, I was in France for most of the month of July and wasn’t shocked to find that the Fourth passed with nary a

skyward pop.  But when I arrived in Aix-en-Provence on July 15, one of the first things the manager of my hotel recommended was getting up early the next morning to grab a seat in a sidewalk café on the town’s main plaza to watch what he promised would be a breathtaking pyrotechnical display that evening.

I took him at his word and ended up over the course of 18 hours having all three of my day’s meals in a café right at the town’s core – a true front-row seat.

My French was quite good back then, and I had a great time getting to know the people around me, all of them French and many of whom had grabbed their Bastille Day tables well before breakfast, as I had. 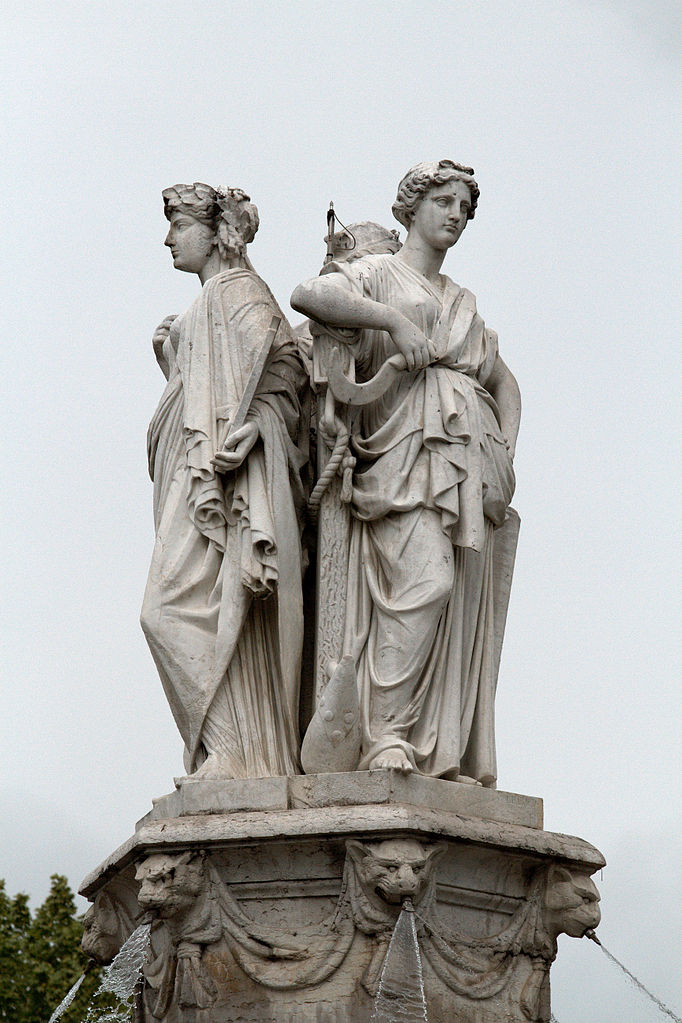 The display that evening was indeed glorious beyond expectations, Bastille Day supplemented by a huge jazz festival that filled the town and had everyone hopping, especially the folks who were jamming what seemed to be an endless supply of fireworks into mortars to send them rocketing up over the plaza.  But as the day wore on, I started noticing a huge fountain at the center of the large traffic circle by which I sat:  It, too, was more than a bit interesting.

On that Bastille Day, however, there was no access to it and its extent was mostly masked by all of the pyrotechnical staging.  So I went back the next morning to check it out more closely.  Known as Le Fontaine de la Rotonde, I learned that it had made its grand debut in 1860.

At about 70 feet wide and 40 feet tall, it would have dominated the plaza on any day other than Bastille Day.  With a basin edged by lions and filled with dolphin-riding angels, birds and other elaborately carved figures, there’s a central structure rising as a platform for a trio of figures representing justice, agriculture and the fine arts – key themes for what even a century earlier was a bustling provincial center.

What a great place!  What a wonderful fountain!  And I’m convinced that one day I’ll go back to see it again – and I’ll do it even if there is no chance of seeing any fireworks!