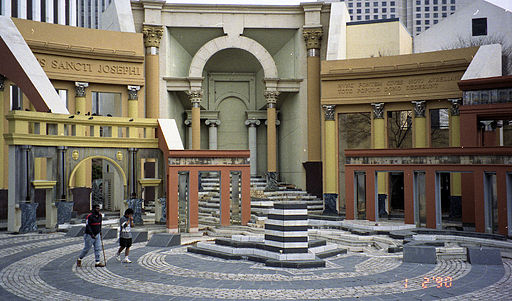 During the recent International Pool|Spa|Patio Expo, I stayed in New Orleans at an unfamiliar hotel three or four blocks off the waterfront and a couple blocks from the French Quarter.  I arrived late and didn’t have the opportunity to get my bearings, so I started the next day by opening the drapes to survey the city from my 13th-floor vantage point.

It was a first for me:  In all of my travels, I’ve rarely ever stayed in a hotel with a 13th floor, let alone been assigned a room on one.  And as unluckiness would have it, the view to the horizon wasn’t much, just the tops of warehouses with a big bridge in the middle ground.

But straight down below me was a strange sort of park with odd walls, a clock tower, a colonnade and a structure that suggested the Grand Canyon to me.  I checked it out before heading over to the convention center and saw that it was called Piazza d’Italia.  In walking through the space, I soon recognized that the canyon-seeming formation was a fountain basin and that the “excavation” was shaped like the Italian peninsula, with Sicily lashed on at the toe of the boot to complete the package. 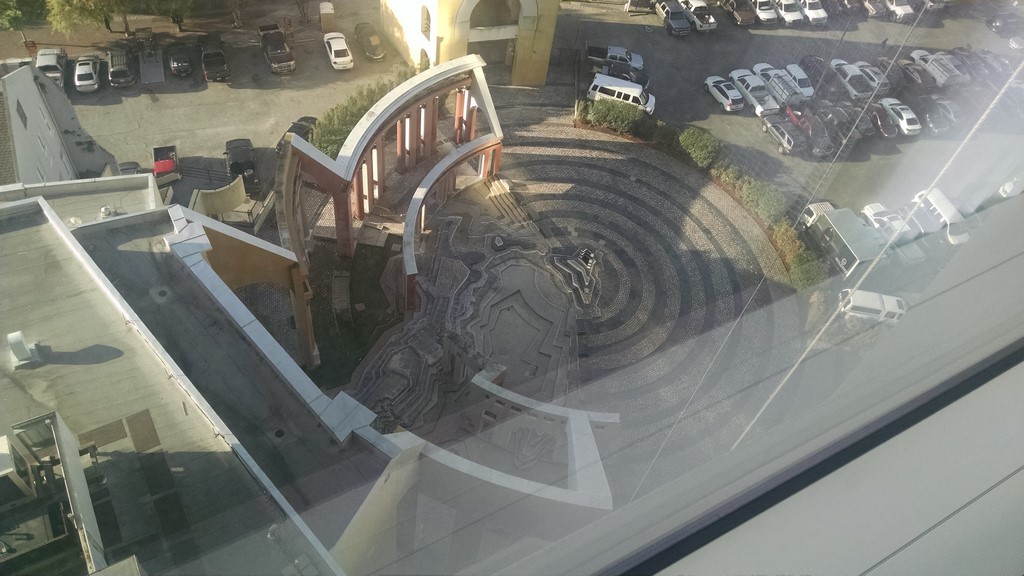 I took some snapshots and, when I returned to my room that evening, learned that the space had been designed by the internationally renowned post-modern architect Charles Moore in association with Perez Architects, a local New Orleans firm – and that it had started a steady slide to dereliction almost as soon as it was completed in 1978.

I also learned that the piazza had been fully restored in 2004 – but I can’t swear by it’s current status, because it wasn’t operational for the week I was there.  It’s often called the first post-modern ruin, which is amusing.  But it was just plain sad to see how much effort had gone into creating a space that just didn’t seem to belong.

It’s a nasty twist of urban planning and New Orleans history:  The piazza was intended to spur a neighborhood revival, but the city never caught up with the program despite the fact that several nice restaurants, including one of Emeril’s local outposts, had come to the area. 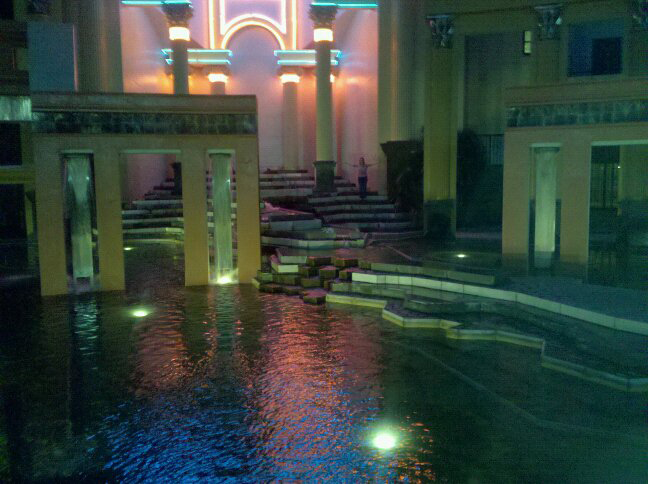 So instead of being the core of a vibrant village, Piazza d’Italia is caught in the shadow of a huge hotel and cut off from nearby streets by a big parking lot that replaced a bunch of old buildings that at some point had the misfortune of catching fire.  In fact, if I hadn’t found the space from above, I seriously doubt I would ever have spotted it from street level.

It’s almost beside the point that I don’t really like the piazza, with the fountain operating or not.  There’s little to love in the self-indulgence and self-satisfaction that marks so much of post-modernism, from the winking references to antiquity and classical forms to the rib-nudging use of neon in the lighting program.  I know I haven’t seen Piazza d’Italia at its best, but in both concept and execution it seems overblown in the way so much architecture was at the close of the last century – too divorced from the immediacy of human experience to be beloved, a stage without actors, an uncomfortable public forum.

Maybe splashing water would help, but don’t quote me on that because being inoperative when I saw it was only one problem among many.  It’s still worth seeing, I’d say, but it’s just so weird!

To learn more about the fountain and piazza (and see many more photographs), click here.