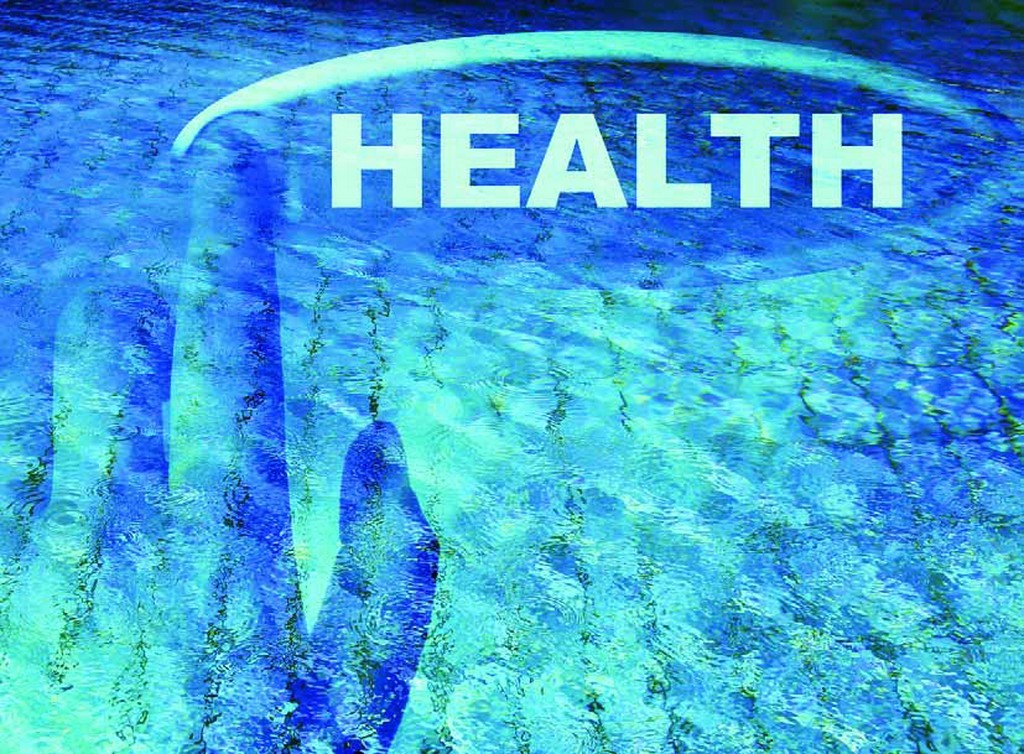 Medical science has long seen exercise as a crucial part of a healthy lifestyle.  In fact, there’s an enormous amount of evidence about its health benefits – so much that the U.S. Department of Health & Human Services recently stepped up with its first-ever guidelines for physical activity.

Lots of individuals, organizations and other entities have proclaimed the positive outcomes of exercise through the years, but never before had the U.S. government published an official set of guidelines.

These government recommendations were largely the result of a submission by an independent review panel that, after scouring volumes of research and hundreds of references in the medical literature, presented a 700-page report chronicling the role of exercise in health.  Dietary guidelines have been around for a quarter century and have proved helpful, and all of us involved in studying the effects of physical activity have been waiting for years for the government to get involved in promoting the healthful benefits of exercise as well.

Anyone can access the federal guidelines online at www.health.gov/PAGuidelines/ and via any number of other sources.  The basic message:  Any activity is better than nothing, and the average person should engage in at least 150 minutes of moderate physical activity (such as brisk walking) each week, or 70 minutes of vigorous activity (jogging or running).

Swimming, everyone should know, is listed as a source of either moderate or vigorous exercise.

For nearly 40 years, I’ve been studying data collected by the Cooper Clinic, a preventive medicine center in Dallas that is part of massive study known as the “Aerobics Center Longitudinal Study” (ACLS).  The study team worked with more than 40,000 men from the ages of 20 to 90 between 1970 and 2003.

Each of the men submitted themselves to a rigorous physical evaluation, and in all cases their health was followed and documented up to 33 years after their examination or until death.  I worked at the Cooper Institute as a research epidemiologist from 1980 to 2006 and led the ACLS.

The information that emerged from the ACLS is remarkable for a variety of reasons.  For one thing, the sheer scope of the study – that is, how many people were involved and the length of time they participated – has provided investigators with a unique treasure trove of research opportunities.

Each participant entering the study underwent an extensive preventive-medicine examination lasting several hours, and in 33 years more than 80,000 of these detailed examinations took place.  Better still from my perspective, each man was subjected to a standardized “Maximal Exercise Test” on a treadmill – meaning exercise researchers are able to pinpoint each participant’s fitness levels at the time they entered the study.

Moreover, a very high percentage of these people were also checked for percentage of body fat and waist circumference, so we’ve also been able to relate observations to body composition.

Using this vast resource, researchers have been able to look at death rates relative to an individual’s level and type of physical activity.  Everyone eventually dies, of course, but in researching mortality, we now look at groups of people and various factors and can follow them forward in time to examine their deaths and draw comparisons to the various factors studied among members of the group.

Right off, we found that swimmers had significantly lower risk of all-cause mortality compared not only to those with sedentary lifestyles (which was something we had expected), but also to either walkers or joggers.  The plain fact is that swimming, water jogging and aqua aerobics are physical activities that can be pursued for a lifetime and have benefits comparable and possibly superior to those found with walking or running.

Direct information on the association between swimming and mortality is, however, a good bit thinner than it is for those other activities, basically because swimming was an activity pursued by fewer study participants.

Even so, a total of 3,386 deaths occurred through 543,330 man-years of observation.  After adjusting for age, body-mass index, smoking status, alcohol intake and family history of cardiovascular disease, we found that the swimmers in the study had 53, 50 and 49 percent lower all-cause mortality risk, respectively, than did men who were sedentary, walkers or runners.

Those are dramatic statistics, and although one might quibble over the number of swimmers studied relative to the number of walkers and joggers, these are the percentages that emerge in this study.  In many respects, it’s surprising to see such dramatic differences between swimming and the other forms of exercise.  It begs the question:  Is swimming better for you than walking or running?

I’m not sure we can reach such a conclusion, at least not yet.  This is, after all, the first study that has examined mortality while comparing types of physical activity.  And frankly, where I wasn’t particularly surprised to find that swimmers on balance tend to live longer than people with sedentary lifestyles, I’m not prepared at this point to say it also has greater benefit than walking or running.  Certainly, I believe the information at hand is provocative enough that it warrants further study.

Even without more research, however, we know with clarity that swimming is useful in recovery from various types of injuries – and that there are factors including the buoyancy involved in being in water that may be implicated in a range of other benefits.  Whether we can go from there to say, “There’s reduced risk of dying with swimming compared to other activities” – well, that’s a leap we cannot responsibly take based on this study alone, no matter how intriguing the findings may be.

As suggested above, part of the problem in comparing swimming to other forms of exercise is that swimming is not the most common activity in the study group.  Even with a project as sweeping as the ACLS, we were only looking at 562 regular swimmers out of the 40,000-plus men who participated; among those, there were 11 deaths.  With a sampling that small, responsible researchers will be cautious about drawing conclusions or over-interpreting the data.

In any event, what the study did show – and conclusively, I think – is that any activity, certainly including swimming and other forms of aquatic exercise, is very good for you.  In fact, our findings align perfectly with other studies related to all-cause mortality and physical activity in comparison with sedentary lifestyles:  Higher levels of physical activity decrease the prevalence of cardiovascular disease and cancer; those benefits, in turn, decrease mortality risk.

Where those other studies are most immediately helpful is that, in looking at various types and levels of physical activity and common diseases, swimming has been determined to be largely comparable to jogging, which is itself a bit more beneficial than walking.

Clearly and conclusively, swimming and other activities dramatically reduce the risk of chronic diseases.

The main message in all of this research is that a sedentary lifestyle increases the risk of chronic diseases, diabetes and some forms of cancer – not to mention the likelihood of suffering a heart attack.  Inversely, the message is that physical activity reduces those same risks and that sedentary people carry twice as much mortality risk than those who lead active lives.

In research projects in which, through the years, we’ve studied fitness levels by running subjects through maximal exercise tests on treadmills, low fitness is one of the strongest predictors for these common/chronic conditions.  Based on this and other research about longevity, we can say with complete certainty that people who are physically active live longer than those who aren’t.

Furthermore, there is mounting (and compelling) evidence that people who are physically active not only live longer, but also retain physical function far longer into their lives than do those who do not exercise.  And now we’re seeing some evidence that physical activity contributes to retention of brain function as well.

On a most fundamental level, what this means is that, if you want to stay out of a nursing home and lead a fully functional life, you need to get into some form of exercise program:  It’s the best insurance policy you have when it comes to achieving your long-term objectives.

As self-evident as these conclusions may seem, there remain misconceptions about fitness that need to be addressed.  First and as mentioned above, the ACLS provides extensive data about body fat and waist circumference, and this has enabled us to look at the relationships between exercise and various risk factors.

In some areas, the results are surprising.  Although obesity, for example, is currently considered a national epidemic, what we’re learning is that carrying excess weight is not nearly as great a threat as a sedentary life.  In 1996, in fact, I published a paper examining obesity and fitness that indicated that someone who is obese but fit (and can prove it on a treadmill) is at far lesser risk of chronic disease than is a thin person who is not fit.  In fact, unfit people who are at so-called “normal” weight are about twice as likely to die as obese people who exercise regularly!

In other words, fatness and fitness are two different things, although no clinician will ever counsel either an obese or a fit person not to exercise.  I often put it this way:  We all know someone who is skinny and unhealthy, so why is it such a stretch to allow that we also know people who are fat and healthy?

Again, the issue is fitness.  If you look at other so-called risk factors (high blood pressure, diabetes or even smoking), we find the same sorts of relationships.  For example, we have found that people who are physically active (but who also smoke) are at less risk for some chronic diseases than are non-smokers who are sedentary.

Of course, we’re not saying that obesity and smoking are good.  Indeed, there are clearly risk factors associated with both.  But it’s accurate to point out that physical inactivity presents even greater risks:  That’s how important regular exercise is!

Whether or not swimming is truly superior to other forms of exercise is an open question and one that should be explored in future studies.  I, for one, will look at those findings with great interest.

Beyond that, however, research done to date – research that prompted the U.S. government to intervene in our lives and recommend exercise as a life-lengthening investment – offers a take-it-to-the-bank idea that cannot be overstated.  Physical activity, as now defined by the U.S. government, is good for you.  Good for all of us, in fact, because it reduces the risk of serious chronic diseases and clearly contributes to longer, healthier lives.

And, you can get that exercise by swimming:  What a wonderful reason to get in the water!

Steven Blair, PED, is a professor in the departments of Exercise Science and Biostatistics & Epidemiology at the University of South Carolina’s Arnold School of Public Health.  A prolific author of scientific papers and book chapters, he was senior scientific editor for the U.S. Surgeon General’s Report on Physical Activity and Health.  He also has served as president and CEO of The Cooper Institute in Dallas and has been an adjunct professor at the University of Texas Health Science Center in Houston as well as a Benjamin Meaker Fellow at the University of Bristol in England.  He was a Rudd Scholar at the Rudd Institute and is a fellow of the American College of Epidemiology; the Society of Behavioral Medicine; the American College of Sports Medicine; the American Heart Association; and the American Academy of Kinesiology & Physical Education.  Among his many other awards and academic citations, the American Heart Association recently awarded him its Population Research Prize.