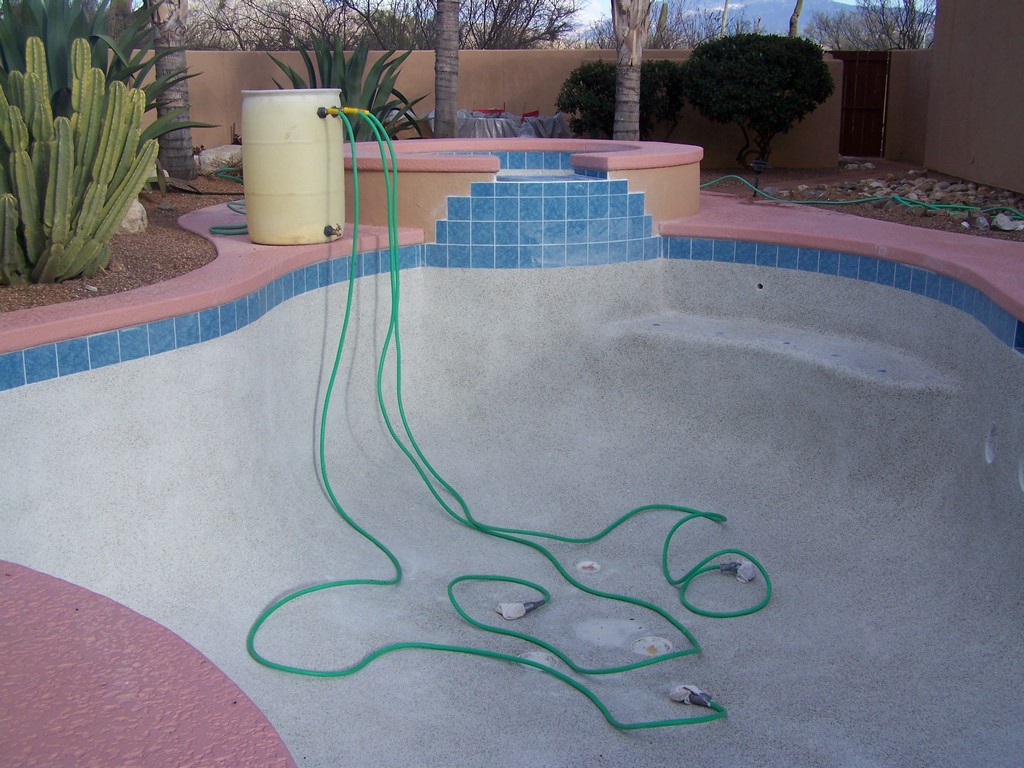 Picture this:  You’ve just completed the installation of a beautiful new swimming pool – a real step up for the home and its backyard.  The clients had their hearts set on its dark-gray interior finish:  They’d heard it would help warm the water on sunny days, and they liked the thought that the pool would look more like a beautiful lagoon than a pale swimming hole.

The plaster crew has left the scene and the technician the homeowners have hired is on hand to take care of the start-up.  You walk away feeling good about the project, confident that the homeowners are happy and that you’ve introduced something special into their lives.

Six months pass, and you get a call:  The homeowners are wondering why the pool’s interior doesn’t look the way it did when it was first completed; why there are lighter, blotchy-looking patches here and there; and why some surfaces appear to be stained.  They let you know that they’ve already contacted the technician, who suggested they contact the plastering company.  The plastering company returned the favor – and now the homeowners want you to settle the matter once and for all, implying that you’re in the cross-hairs right in line with the technician and the plasterers.

It’s not a happy scenario, and the fact of that matter is, as the designer or builder, you had the ability to prevent any of this from happening by using your contract with the client to ensure the right procedure would be used to start this now-compromised watershape.

In the first article in this two-part series (“Picking a Path,” click here), we described the three methods most commonly used by professionals to initialize swimming pools lined with plaster, pebble or quartz finishes:  the acid start-up, the traditional start-up and the bicarb start-up.

To sum up briefly, the acid and traditional methods have long been practiced, but they can be problematic:  First, they call for filling the pool as soon as the plastering is complete.  Second, the water is brought to acceptable balance only after the pool has been filled.  And third, the water added to the pool isn’t treated beforehand to manage its reaction with the new plaster finish.

The other approach – that is, the bicarb start-up – avoids these issues and, as this concluding article will discuss, offers you as the pool designer or builder the best chance you have to govern how your work will look months and even years after you’ve left the job site behind. 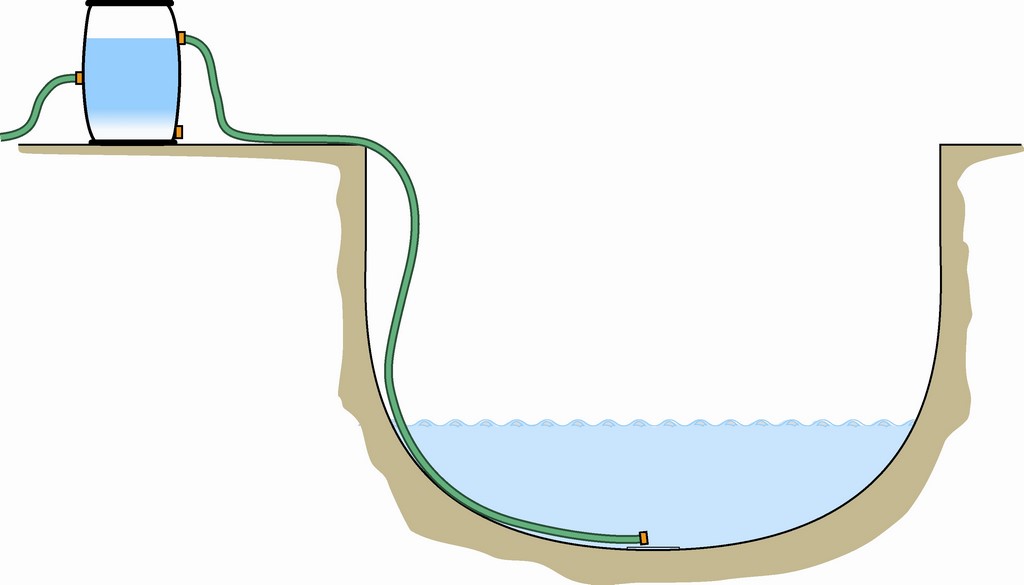 The importance of this transition from your control to that of the homeowner is of great significance for an obvious reason:  New plaster is at its weakest and most vulnerable immediately after final troweling.  At that point, the new, smooth surface is still relatively soft and soluble and is therefore more susceptible to being dissolved and damaged by even marginally aggressive fill or tap water.

In fact, if added immediately after final troweling, even water that is perfectly balanced in accordance with the Langelier Saturation Index (LSI) can, to some degree, attack and dissolve a new plaster finish, simply because that new surface hasn’t been given the time it needs to hydrate and harden properly and sufficiently.

This is why the first step of the bicarb start-up involves waiting at least six hours before turning on the water to fill the pool.  This practice arose because some plasterers and technicians recognized that, when filled too early, a portion of the pool’s plaster material (that is, its calcium hydroxide) tended to be dissolved from the surface (mainly in the deep end, where the water first collected in the pool), leaving those surfaces porous and slightly etched.  This condition, they saw, could lead to further erosion and subsequent discoloration and staining over time.

The second step with a bicarb start-up is about ensuring that the tap or fill water is treated to a slightly positive LSI balance before it enters the pool, commonly through addition of sodium bicarbonate.  (As mentioned above, even if the water is balanced to 0.00 on the LSI, it is nonetheless “aggressive” enough that it can mar the plaster while it is still soft and soluble.)  The clear objective here is to avoid acidity in the added water that will tend to dissolve and etch the surface no matter how long the plaster has been allowed to harden before filling.

If a start-up process results in the appearance of a significant amount of “plaster dust,” in other words, the water is aggressive and damage is being done.  Essentially, the formation of this precipitant material means that the surface has been compromised and has thereby become more porous.  This damage will negatively affect the long-term durability of the material as well as its aesthetic appearance.

So that’s the bottom line with the bicarb start-up:  By waiting at least six hours and treating the tap water before it enters the pool, you protect a brand-new plaster surface from the water’s dissolving potential; as a result, loss of cement material from the surface is effectively prevented.

Here’s the key point:  The damage done to a pool’s plaster, pebble or quartz finish as a result of exposure to aggressive fill water is both immediate and irreversible.  Indeed, more damage can occur to a new plaster surface during the filling process itself than will occur in the following months.

The dissolution of material at the surface can cause the calcium hardness of the pool water to rise by as much as 100 ppm in the presence of aggressive fill water – especially if the pool was filled immediately after plastering, when the surface was at peak vulnerability.  The dissolved material shows up in the water as plaster dust – a cloudy material that represents a fair portion of what should be the plaster’s final, hard surface – and as a smaller volume of insoluble calcium carbonate. 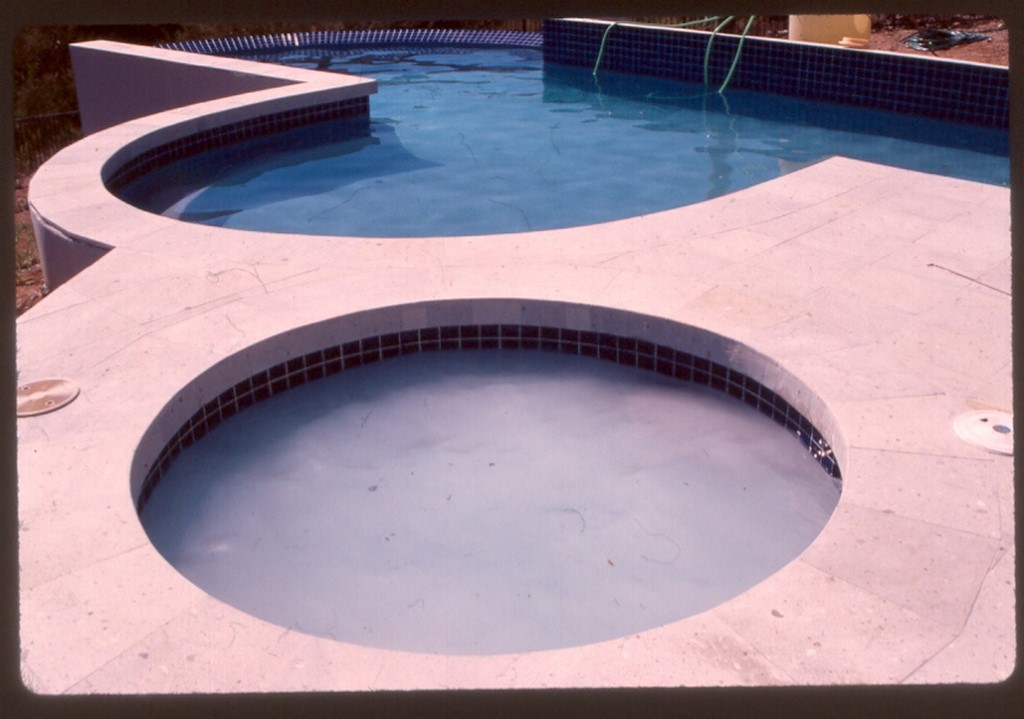 If the water is only slightly aggressive, the damage may seem to be limited:  The increase in calcium hardness will be minor and the plaster dust will soon be removed by the filtration system.  However slight, it is damage nonetheless – and the surface’s integrity has been compromised, making it more susceptible to discoloration and staining over time.

And if the calcium hardness level truly spikes and the newly added water becomes seriously cloudy, it means that a significant portion of the pool’s smooth, finely troweled surface has been eaten away:  Such a surface will be more porous and rougher (as can be seen under magnification); it will also be less durable and more likely to harbor dirt, iron, copper and other particles as time passes.

Months later, when the plaster surface looks nasty and stained, nobody’s first thought will be that an improper or ineffective start-up program is to blame.  Instead, the person maintaining the pool – especially if he or she is a professional technician – will take center stage in an emotionally charged drama written by the pool’s changing appearance.

As has been suggested here, the bicarb start-up prevents the loss of calcium from the plaster, thereby preserving a dense, non-porous surface in an environment in which little or no plaster dust forms.  It works, technically speaking, by converting nearly all of the soluble calcium hydroxide material within and on the plaster surface into insoluble calcium carbonate before it can dissolve and leave the surface.

I’ve written these two articles for WaterShapes with the clear intention of bringing designers and builders of swimming pools more fully into a set of discussions that have passed back and forth between the plastering and service communities for many years.

My sense is that you should always have been involved in these discussions because the way the watershapes you design and build look through the years is an important factor in building your reputation and in garnering referrals from your clients.  And as I noted at the outset, you also have the power, through your contracts, to specify the method used to start the watershapes you design and build.

Through the years, I’ve spoken with more people than I can count about these issues, and I’m convinced that any remaining controversy over start-up techniques will disappear if doing start-ups the right way becomes a consistent contract requirement.  Will this eliminate all of the problems we currently encounter?  Not all, perhaps, but I’m going out on a stout limb to assert that a great many pools will be the better for using the bicarb approach.