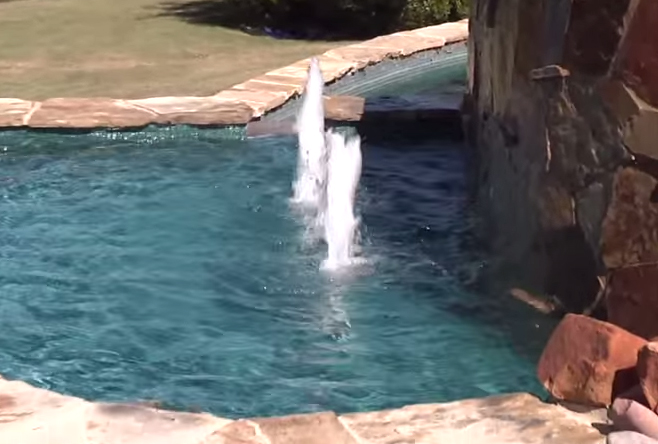 Lots of clients come to the design process for their watershapes with certain preconceptions.  Sometimes, they even have full-fledged and dearly held visions of what they want.

Every once in a while, that can be a good thing; other times, however, not so much.  But what I try to do regardless, each and every time, is listen carefully, ask probing questions and do what I can to work with their ideas.  The goal is to develop a system that makes sense for them and for me.

I always strive to keep my mind open to their input because occasionally there’s the kernel of a truly great idea bound up in what these homeowners envision.  By focusing on what they want a little longer than might be anyone’s natural inclination, I sometimes find nuggets of gold instead of the pitfalls one might expect.

The video linked below demonstrates this client-relationship lesson about as eloquently as any project I’ve ever tackled.

In this case, the clients were operating on the assumption that we could, without any difficulty, turn the catch basin of the vanishing-edge pool they wanted into a shallow kiddie pool.  As the video relates, I had to educate them on the rising and falling levels of catch basins – but their desire also prompted me to suggest what I now call an “intermediate catch pool” that, when supplemented by flow from fountain nozzles, serves wonderfully well as a shallow play pool for kids.

The clients also wanted a full-perimeter-overflow system to highlight a long, wide beach entry they envisioned just off their patio.  Lobbing in a complication, however, they didn’t want the straight-line edge that’s usually part of these systems, basically because it would detract from the sense they wanted of gentle waves lapping at an irregular shoreline.  Again we got creative, setting up the usual linear gutter but covering it completely with flagstone and leaving small openings in the grout joints to clear away the water without any crisp, linear look.

Unchallenged by the clients’ vision, it isn’t likely we would have incorporated either the intermediate catch pool or the hidden gutter in our thinking.  By listening and trying to align our design as closely as we could with their desires, we came up with something special – and it should come as no surprise that the clients are utterly delighted.

Isn’t this the real fun of watershaping?

To see this big project in detail, click here.

Lew Akins operates Ocean Quest Pools By Lew Akins out of three offices in central Texas.  He started in the pool business in California in the late 1970s, opening his own design/build/retail firm in Texas in 1984.  Widely acknowledged as a pioneer of the vanishing-edge concept, he added “design consultant” to his list of services in 1998.  He may be reached at This email address is being protected from spambots. You need JavaScript enabled to view it..