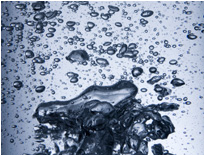 In the first part of this in-depth look at ozone, author Beth Hamil discussed its environmental benefits for energy consumption, water usage and general healthfulness. [To read Part One, click here.] In this installment, she turns to the many new aquatic applications the ozone industry is exploring.

Ozone-system suppliers have made enormous efforts in recent years to develop and scale new systems for all sorts of aquatic applications. Here are some of the latest developmental lines we’ve been pursuing:

We are now getting into rainwater capture, an environmental measure that’s rapidly gaining traction these days. It’s a wonderful concept that reduces pressure on potable water supplies, reduces flooding (where that’s an issue) and limits runoff of polluted or chemical-laced water into natural river systems, lakes and oceans.

But what do you do with that rainwater once it’s been captured? Depending on storage conditions and usage/turnover rates, that water will require some form of chemical treatment so it won’t become hazardous as it waits to be used. What we’ve found is that in many applications, just small amounts of ozone treatment coupled with simple filtration are all that’s needed to create water that is fine for flushing toilets, irrigating landscapes, washing cars or laundering clothes. In some cases, the water can even be safe to drink.

The aim in these situations is to eliminate pathogens, but in other applications where gray water is being captured and reused, ozone has the added benefit of oxidizing organic compounds that fuel the growth of harmful microbes. This is why ozone is increasingly being used in the contexts of wetlands, recirculated ponds and lakes, hydroponic farming operations and places where water contains life and must be safe for human contact or immersion.

In some of these contexts — as with residential ponds, for example — use of ozone technology is still in its infancy. But as we see it, this sort of application follows the same trail ozone manufacturers blazed years ago when we started working with commercial aquariums.

It’s a matter of historical fact: Before aqueous ozone treatment came along, public aquariums were far and few between, largely because they had to be located by the ocean or lakes where their tanks and exhibits could constantly be drained and refilled. Back then, there was no other way to make them safe for marine plants and animals.

Ozone water treatment for these exhibits caught on in the 1980s and has led to an explosion in the number of huge aquariums in landlocked places around the world. And given the fact that ozone treatments have no effect whatsoever on plants or fish, it’s not overstating things to say that the aquarium industry may well owe its existence to ozone water treatment.

On a Grand Scale

As ozone technology has become familiar in various fields, we keep finding ourselves being drawn to applications we never anticipated — as in mass-scale treatment of tap water, wastewater and groundwater replenishment supplies.

The scale in these cases can truly be grand: In the Dallas/Fort Worth Metroplex, for example, the installed capacity is close to 100,000 pounds of ozone per day for municipal drinking water. To put that in perspective, a big, 100,000 gallon commercial pool might (depending on some key variables) require somewhere around one pound of ozone a day for its sanitizing and oxidizing needs.

The advantage of ozone in potable-water treatment is that it removes virtually all microbial contamination along with most or all organic compounds. This means that water traveling through the delivery system can be treated with a minimal amount of chlorine as a residual — just enough, basically, to treat any contamination that might be lurking in plumbing systems. And with all of the organics out of the picture, there’s virtually no opportunity for the formation of bad-tasting chloramines.

Groundwater-replenishment systems are also immense, and we’re seeing ozone used in treating their wastewater and gray water in combination with either hydrogen peroxide or ultraviolet systems. In both cases (and especially when combined with ultraviolet systems), the treatment tandems are formidable and can be used to generate ultrapure water.

These large applications have pointed us in some other directions I won’t cover here, other than to mention the fact that we’re now getting involved with commercial laundry facilities and food processing — tremendously satisfying work because of the positive environmental effects that are being realized.

As we see it, the jury is in: For all of us who work with water, ozone technology has merits that mesh perfectly with today’s discussions of environmental footprints, sustainability and the green movement. The good news is, those merits are becoming more widely known, and everyone stands to benefit as a result.

Beth Hamil is Vice President, Corporate Compliance, for Del Ozone, a manufacturer of ozone-generation systems in San Luis Obispo, Calif. She serves on the Water Quality Technical Committee for the Model Aquatic Health Code, the Association of Pool & Spa Professionals’ Recreational Water Quality Committee and as a consultant for state health departments. For more information, go to www.delozone.com.